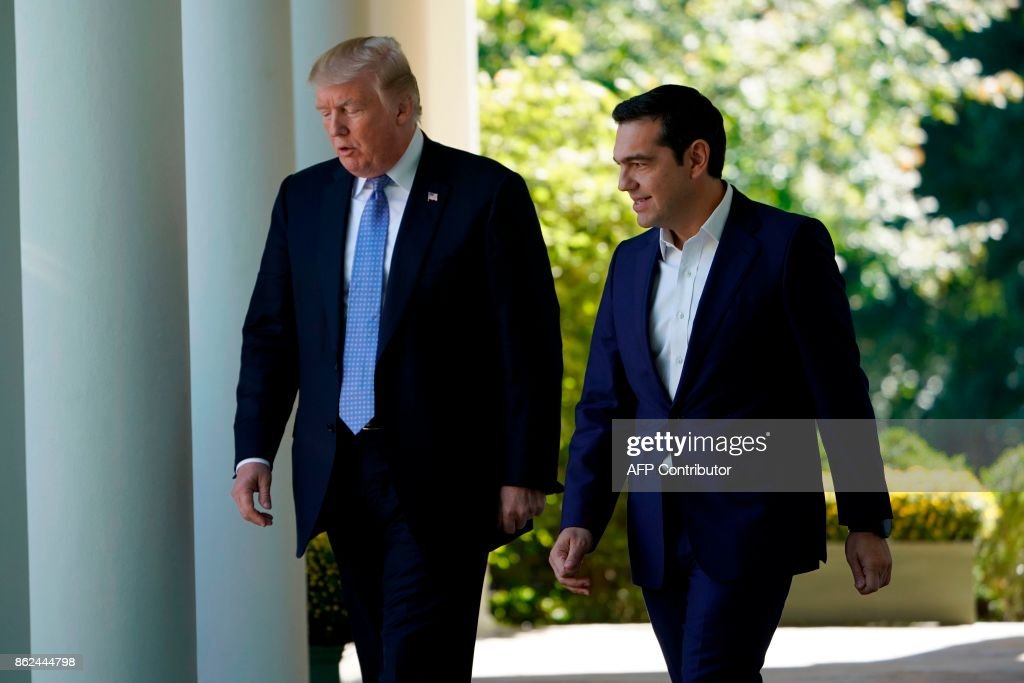 What else is new. The republican President Donald Trump has been caught with his hand in the cookie jar and then lying about it. This past week, the president claimed that he had a policy to contact every gold star family who had lost a loved one in military service to his/ her country.

There are facts which belie the president’s claim.

On October 18, 2017, Dan Lamothe, Lindsey Bever and Eli Rosenberg of the Washington Post penned the following report, “Trump offered a grieving military father $25,000 in a call, but didn’t follow through.”

“President Trump, in a personal phone call to a grieving military father, offered him $25,000 and said he would direct his staff to establish an online fundraiser for the family, but neither happened, the father said.” 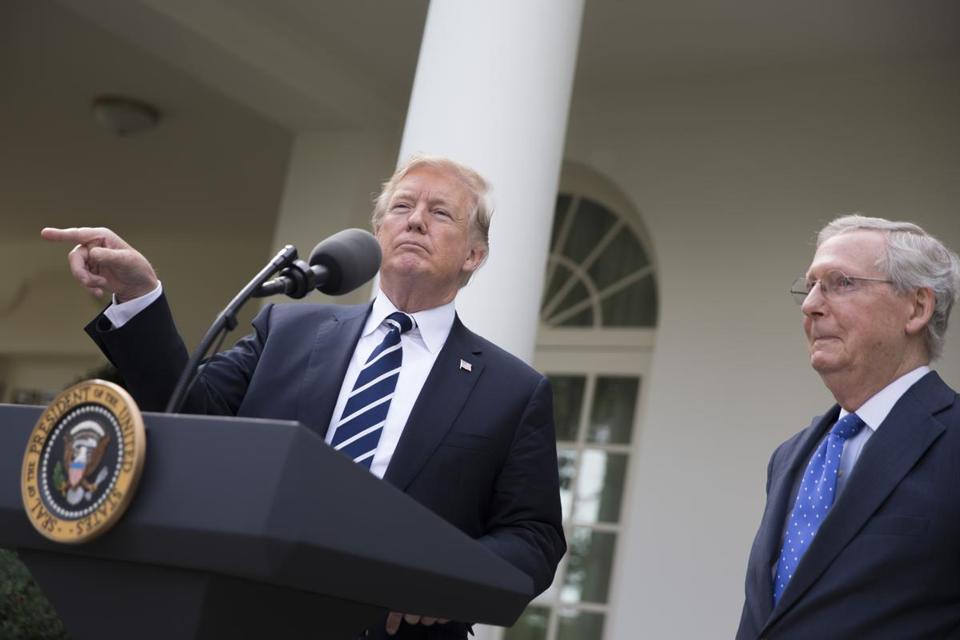 “Chris Baldridge, the father of Army Cpl. Dillon Baldridge, told The Washington Post that Trump called him at his home in Zebulon, N.C., a few weeks after his 22-year-old son and two fellow soldiers were gunned down by an Afghan police officer in a suspected insider attack June 10. Their phone conversation lasted about 15 minutes, Baldridge said, and centered for a time on the father’s struggle with the manner in which his son was killed.”

“I said, ‘Me and my wife would rather our son died in trench warfare,’ “ Baldridge said. “I feel like he got murdered over there.”

“Trump’s offer of $25,000 adds another dimension to the president’s relations with Gold Star families, an honorific given to those whose loved ones die while serving in support of the nation’s wars. The disclosure follows questions about how often the president has called or written to grieving military families.”

“But in a statement Wednesday afternoon 10/18/17), White House spokeswoman Lindsay Walters said: “The check has been sent. It’s disgusting that the media is taking something that should be recognized as a generous and sincere gesture, made privately by the President, and using it to advance the media’s biased agenda.”

“Trump said this week that he has “called every family of somebody that’s died, and it’s the hardest call to make.” At least 20 Americans have been killed in action since he became commander in chief in January. The Washington Post interviewed the families of 13 and found that his interactions with them vary. About half had received phone calls, they said. The others said they had not heard from the president.”

“In his call with Trump, Baldridge, a construction worker, expressed frustration with the military’s survivor benefits program. Because his ex-wife was listed as their son’s beneficiary, she was expected to receive the Pentagon’s $100,000 death gratuity — even though “I can barely rub two nickels together,” he told Trump.”

“The president’s response shocked him.”

“He said, ‘I’m going to write you a check out of my personal account for $25,000,’ and I was just floored,” Baldridge said. “I could not believe he was saying that, and I wish I had it recorded because the man did say this. He said, ‘No other president has ever done something like this,’ but he said, ‘I’m going to do it.’ ”

“The president has faced worsening backlash since details emerged of his phone call Tuesday with the widow of Sgt. La David T. Johnson, who was killed Oct. 4 alongside three other U.S. soldiers in Niger. After not addressing the incident for 12 days, Trump on Monday falsely claimed that previous presidents never or rarely called the families of fallen service members. In fact, they did so regularly.”

“Rep. Frederica S. Wilson (D-Fla.) said Trump called Johnson’s widow, Myeshia Johnson, on Tuesday and said her husband “knew what he was signing up for, but I guess it hurts anyway.” Wilson was riding in a limousine with the wife and said she heard the conversation on speakerphone.”

“Trump denied the allegation Wednesday morning. But the fallen soldier’s childhood guardian, Cowanda Jones-Johnson, told The Washington Post that she also was in the car when the White House called, and said that “President Trump did disrespect my son and my daughter and also me and my husband.”

“In all, seven Gold Star families contacted by The Post said they have had phone conversations with Trump. Most said they appreciated the gesture. Four families said they have not received a call and were upset. One said Trump had not called but that they knew the late soldier would not want his death politicized. An additional family said that it had corresponded with the White House but declined to elaborate.”

“The Associated Press reached one other family, that of Army Spec. Etienne Murphy, 22. His mother said she received neither a call nor a letter from the president.”

“Baldridge said that after the president made his $25,000 offer, he joked with Trump that he would bail him out if he got arrested for helping. The White House has done nothing else other than send a condolence letter from Trump, the father said.”

“I opened it up and read it, and I was hoping to see a check in there, to be honest,” the father said. “I know it was kind of far-fetched thinking. But I was like, ‘Damn, no check.’ Just a letter saying ‘I’m sorry.’ ”

“The experiences of other Gold Star families were more typical.”

“The family of Sgt. Cameron H. Thomas, a 23-year-old Army Ranger killed April 27 in a raid on the Islamic State in Afghanistan, met with Vice President Pence at Dover Air Force in Delaware as the soldier’s casket arrived from overseas. They had a 20-minute call with Trump about two weeks later, said Thomas’s father, Andre.”

“He gave his condolences and made some comments how different his paperwork was when it went across his desk,” the father said in a phone interview. “Said most of the paperwork he sees in these types of death says, ‘He’s respected by his peers.’ He said Cameron’s stuck out because it said he was respected and loved by his peers.”

“The grieving father said he then spoke at length about his son’s love for the Army and his determination to become a Ranger, a distinction he earned at age 19. About midway through the phone call, the elder Thomas shared with Trump that he had voted for him, and “that got him on another tangent” that extended the conversation for about 10 minutes,” the father said.”

“The president then spoke about his work in office and “the strides that he’s made in the short time he’d been president,” Thomas said.”

“Thomas said the family was touched by the phone call. The father of a Mormon family with 12 children, seven of them adopted, he was concerned about the attention and publicity that his son’s death could bring. But talking to the president helped him put things in perspective and realize that his son “belonged to the country.”

“Politics is politics, and maybe some people wouldn’t care to hear from him,” he said. “But putting politics aside, it does mean a lot to a family, their child.”

“William J. Lee, 40, shared a similar experience, saying that his entire family spoke by phone with Trump after his brother, Army 1st Lt. Weston Lee, 25, was killed in Mosul, Iraq, on April 29.”

“He was very cordial nice and very nice,” Lee said, of the call.”

“Lee said the president spoke to them about “how impressive my brother was, how he had read the reports, reading everything about Weston, and he could tell how amazing he was. And talking to us, he could tell how strong we were and how strong he must have been. We were all pretty devastated.”

“It meant something, the leader of our nation calling us and showing the honor and respect to my brother that I feel my brother earned,” the brother said, his voice cracking.”

“Quinn Butler, whose 27-year-old brother, Aaron, was killed in August by an explosion in Afghanistan, said that their parents received numerous letters from generals and other leaders, but no call or letter from Trump.”

Staff Sgt. Aaron Butler, a Special Forces soldier, was very supportive of Trump and appreciative for what he has done for the military, his brother said. The soldier believed that Trump helped initiate some changes that have enabled commanders to make more progress against the militants in Afghanistan.”

“Euvince Brooks’s son, Sgt. Roshain E. Brooks, 30, was killed Aug. 13 in Iraq. He has not heard from the White House. The president’s claim this week that he had called every military family to lose a son or daughter only upset the Brooks family more.”

“Brooks said that after watching the news on Tuesday night he wanted to set up a Twitter account to try to get the president’s attention.”