I have long been in favor of the Kurds having an independent state. The Kurds have been the most reliable ally to the US military in the US war against ISIS.

The important cliff notes about the Kurds are: Their army, Peshmerga while ill equipped are extremely competent, fierce and effective to where they make the Iraqi army look amateurish in comparison; the Kurds are a minority Sunni population in Iraq; they have a record of governing more democratically than the other factions; from 2014-2015, they have successfully taken back areas of Iraq which were under the control of ISIS; the Kurds have been asking for independence since 1984, but this is counter to President Trump’s current policy; the Kurds were sitting on supplies of oil which they could export but they are being blocked by the United States and the Iraqi government; Turkey (our ally) has a history of being an arch enemy of the Kurds; while Turkey was supposed to be fighting ISIS, the Turks were more focused on doing battle with the Kurds; in the late summer of 2015 US finally had access to Turkish Air Force bases; in September 2017, the Kurds who are the largest minority group without an independent state (30 million), voted to push to become an Independent state against US policy; The Kurds had been independently governing Kurdistan but as a territory of Iraq;  in 2017 the U.S. military supported the (Shia) Iraqi Army WHICH WAS BACKED BY (SHIA) IRANIAN QUDS elite military forces  in taking back the oil rich city of Kirkuk which had been part of Kurdistan; the (SUNNI) Kurds had taken back control of Kirkuk from ISIS after the Iraqi Army had cut and ran away in 2015, the Kurds have recently backed away from demanding independence.

“Clashes this month between elements of the Iraqi security forces and Kurdish fighters around Kirkuk are deeply troubling, in particular because of the United States’ longstanding friendship with the Kurdish people. These clashes are also emblematic of a broader, more troubling reality: Beyond our tactical successes in the fight against the Islamic State, the United States is still dangerously lacking a comprehensive strategy toward the rest of the Middle East in all of its complexity.”

“This is the unfortunate legacy that the Obama administration left for its successor.   President Trump’s call this month for a broader strategy to confront Iran’s malign influence across the Middle East was an encouraging indication that the administration recognizes the problem.”

“But just days after that speech, reports surfaced that Qassim Suleimani, the commander of the Iranian Revolutionary Guard’s elite Quds Force, was near Kirkuk, preparing military advances on Kurdish positions by Iranian-backed Iraqi militias to augment the broader efforts of Iraqi security forces. When those advances came, some Iraqi forces, according to reports, fought with equipment that had been provided by the United States.”J

“This is totally unacceptable. The United States offered arms and training to the government of Iraq to fight the Islamic State and secure Iraq from external threats — not to attack Iraqi Kurds, who are some of America’s most trusted and capable partners in the region.”

“For decades, the United States’ alliance with the Kurds has protected them from attacks, both from within and outside Iraq, while furthering American national security interests. In the past few years, the Kurds have become even closer allies, fighting alongside the United States against the Islamic State.”

“Let me be clear: If Baghdad cannot guarantee the Kurdish people in Iraq the security, freedom and opportunities they desire, and if the United States is forced to choose between Iranian-backed militias and our longstanding Kurdish partners, I choose the Kurds.”

“The clashes in Kirkuk are symptomatic of a deeper problem that the United States has failed to address for many years: Both within countries and between them, the regional order in the Middle East is rapidly collapsing. American power and influence is diminishing there, largely because over the past eight years the United States has withdrawn from the region. The resulting vacuum is being filled by anti-American forces.”

“While the current administration, like its predecessor, remains singularly focused on defeating the Islamic State — which is, of course, essential — our adversaries are taking advantage of us everywhere else.” 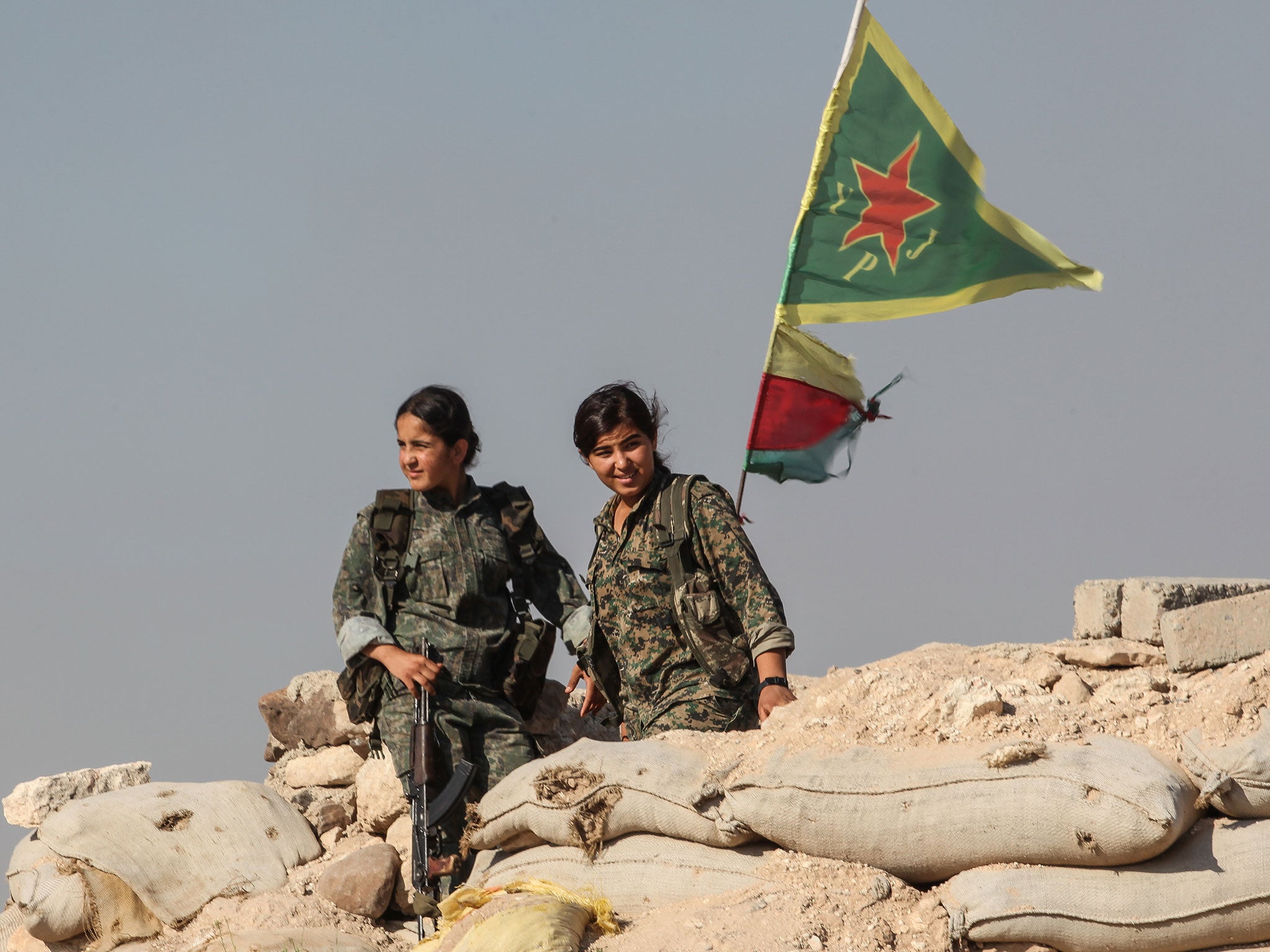 “In Iraq, the US seems to still be basking in the feeling of victory after the liberation of Mosul this summer. Meanwhile, Iranian forces are working to sow discord inside Iraq, as we saw in Kirkuk; maneuver Iraqi politics against the United States; and turn next year’s election into a strategic setback that drives American influence out of the country.”

“Across the border in Syria, the Assad regime, backed by Russia, Iran, Hezbollah and an array of militias, has retaken most of the country, including many eastern areas that the United States has identified as strategically important. The future of Syria is being determined by force on the ground with little American initiative.”

“A web of Iranian proxies and allies is spreading from the Levant to the Arabian Peninsula, threatening stability, freedom of navigation and the territory of our partners and allies, including with advanced conventional weapons. Iran itself continues to test ballistic missiles, menace its neighbors and use its sanctions relief windfall to harmful ends.”

“Our Arab allies are absorbed in a diplomatic dispute with Qatar in the face of far more pressing threats. And behind all this is the shadow of Vladimir Putin’s Russia, which is re-establishing itself as a regional power broker actively hostile to American interests — and wholly unconcerned about human rights or civilian life.”

“This is a complicated and confusing set of problems, to be sure. But Americans need to understand the greater challenge: The Middle East is vitally important to the future of international security and the global economy, both of which benefit the American people. And right now, a network of anti-American groups — at times working together, at times on their own — is trying to drive American influence out of the Middle East and to remake the region in ways that are contrary to our interests and values. They are doing so by supporting terrorists and militias, subverting and intimidating our friends, displacing us diplomatically, and deploying and distributing military technology that makes it harder and more dangerous for the United States to maintain its presence.”

“If we keep sleepwalking on our current trajectory, we could wake up in the near future and find that American influence has been pushed out of one of the most important parts of the world. That is why Americans need to care about what is going on in the Middle East right now. That is why we need to stick with our true friends, like the Kurds. And that is why, now more than ever, we need a strategy that lifts our sights above the tactical level and separates the urgent from the truly important.”