aside History Is Made: 1st Transgender Woman Wins Virginia Election Against Anti-Gay Conservative

The evening of November 7, 2017 was a night for democrats to revel in as they won just about every race that they pursued.

But history was also made as a transgender democratic candidate Danica Roem won a Virginia state elected office against a republican candidate who sponsored a 2017 bill that would have restricted the bathrooms transgender people can use. Payback is sweet!

“A transgender woman unseated one of Virginia’s longest serving and most socially conservative lawmakers Tuesday (11/7/17) and is set to make history as the first openly transgender person elected and seated in a state legislature.”

“Democrat Danica Roem, an experienced newspaper reporter, beat Republican Del. Bob Marshall, who sponsored a bill this year that would have restricted the bathrooms transgender people can use. The race was one of the year’s most high profile, drawing national and international attention and big money to the northern Virginia House of Delegates district outside the nation’s capital.”

“It’s historic. … It sends a message to politicians everywhere that the politics of bigotry is over,” House Democratic Leader David Toscano said.”

“Roem will be the first transgender member of the House of Delegates and will become the first out transgender person to win and serve in a state legislature, according to the Victory Fund, a political action committee that has supported her.”

“Roem openly discussed her gender identity during her campaign, but it was far from her focus. Instead, she focused on jobs, schools and, with particular fervor, northern Virginia’s traffic congestion.”

“She started pursuing therapy to begin her gender transition when she was 28, and said in an interview earlier this year with The Associated Press during the campaign that politics should be inclusive of all.”

“No matter what you look like, where you come from, how you worship or who you love, if you have good public policy ideas, if you’re qualified for office, you have every right to bring your ideas to the table,” she said.

“She also argued that Marshall, who has served in the House since 1992, has spent too much time on social policy.”

“In addition to this year’s bathroom bill, Marshall was also the author of a now-void constitutional amendment that defined marriage as between one man and one woman, and sponsored a bill banning gay people from openly serving in the Virginia National Guard.”

“On the campaign trail, Marshall and other Republicans repeatedly misidentified Roem’s gender.”

“Roem, who sings in a metal band in her spare time, said she learned to listen to different perspectives and digest complicated policy as a reporter for the Gainesville Times and Prince William Times, skills she would bring to bear as a delegate.” 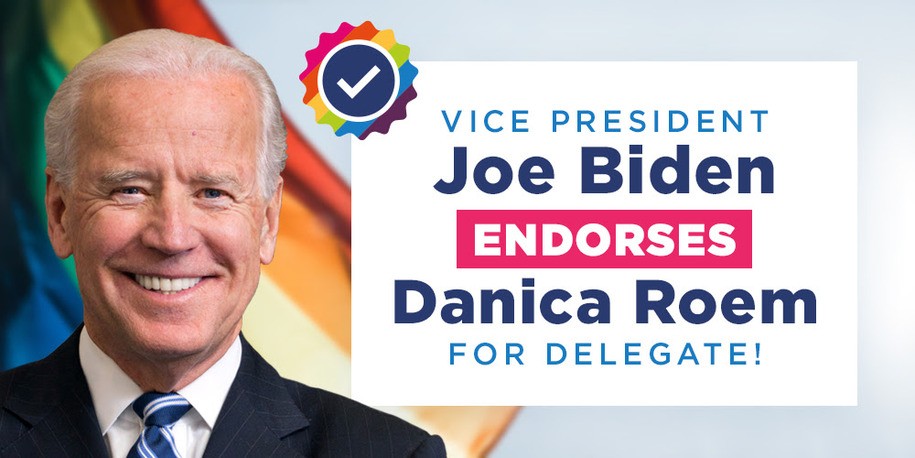 “We are determined to replicate this race nationwide – using constituent-focused LGBTQ candidates to takedown elected officials who use their positions to target our community. Tonight was the opening salvo,” Aisha C. Moodie-Mills, president & CEO of Victory Fund, said in a statement.”