“We the People,” the coalition of the decent, the “Never Trumpers,” The Resistance participants including those of the “Women’s March, Indivisible and others, the democrats along with the majority of independents and a significant number of republicans, all knew that we were in for a rocky ride. It has been much worse than we could have imagined.

On December 25, 2017, Eugene Robinson of the Washington Post penned the following opinion piece, “Trump’s first year was even worse than feared.”

“Grit your teeth. Persevere. Just a few more days and this awful, rotten, no-good, ridiculous, rancorous, sordid, disgraceful year in the civic life of our nation will be over. Here’s hoping that we all — particularly special counsel Robert S. Mueller III — have a better 2018.”

“Many of us began 2017 with the consoling thought that the Donald Trump presidency couldn’t possibly be as bad as we feared. It turned out to be worse.” 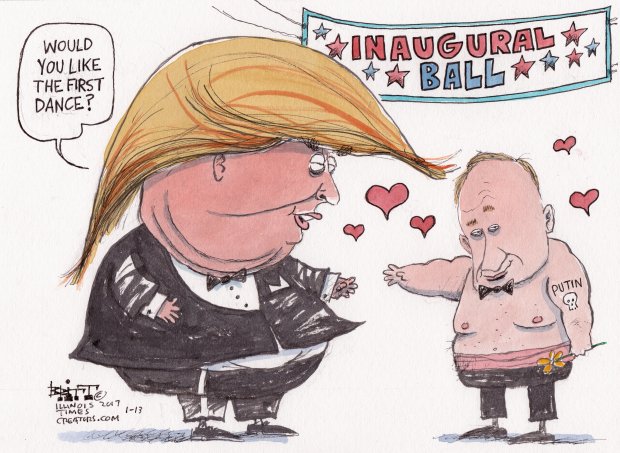 “Did you ever think you would hear a president use the words “very fine people” to describe participants in a torch-lit rally organized by white supremacists, neo-Nazis and the Ku Klux Klan? Did you ever think you would hear a U.S. ambassador to the United Nations thuggishly threaten that she would be “taking names” of countries that did not vote on a General Assembly resolution the way she wanted? Did you ever think the government of the world’s biggest military and economic power would reject not just science but also empiricism itself, preferring to use made-up “alternative facts” as the basis for major decisions?”

“We knew that Trump was narcissistic and shallow, but on Inauguration Day it was possible to at least hope he was self-aware enough to understand the weight that now rested on his shoulders, and perhaps grow into the job. He did not. If anything, he has gotten worse.”

“By all accounts, the president spends hours each day watching cable news, buoyed by the shows that blindly support him — “Fox & Friends,” “Hannity,” a few others on Fox News — and enraged by those that seek to hold him accountable. His aides have had to shorten and dumb down his daily briefings on national security in an attempt to get him to pay attention. Members of his Cabinet try to outdo one another in lavishing him with flowery, obsequious praise that would embarrass the Sun King.” “Trump and his enablers have waged a relentless war against truth in an attempt to delegitimize any and all critical voices. He wields the epithet “fake news” as a cudgel against inconvenient facts and those who report them. Can a democracy function without a commonly accepted chronicle of events and encyclopedia of knowledge? We are conducting a dangerous experiment to find out.”
“To understand how deviant the Trump administration is, consider this: Since its founding, the nation has treasured civilian control of the military as a restraint on adventurism. Now we must rely on three generals — Trump’s chief of staff, his national security adviser and his secretary of defense — to keep this rash and erratic president from careering off the rails.”

“The president’s Republican allies in Congress, who have the power to restrain an out-of-control executive, have rolled over in passive submission. Many see clearly Trump’s unfitness but continue to support him because they fear the wrath of his hardcore base and see the chance to enact a conservative agenda. History will remember this craven opportunism and judge it harshly.”

“I haven’t even mentioned Trump’s nepotism — installing his daughter and son-in-law as high-ranking advisers, with portfolios they are in no way qualified to handle — or his inability to staff the executive branch with the best-and-brightest types who customarily serve. The Trump administration is not only transgressive, it is also mediocre.”

“The year has been terribly depressing — but not paralyzing.” 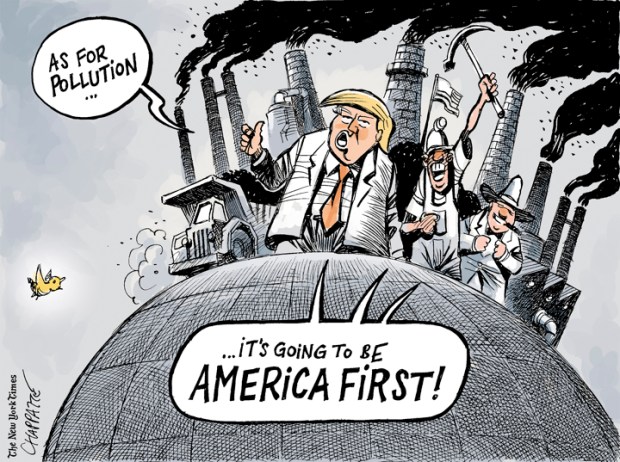 “The day after Trump’s inauguration, a much larger crowd descended on Washington for the Women’s March, an immense show of resistance. That passion might eventually have faded away, but all evidence suggests it has not. If anything, it seems to have intensified.”

“In November, Democrat Ralph Northam won the governor’s race in Virginia, a purple state, by a surprisingly big nine-point margin. His coattails were long enough to elect so many Democrats to the state House of Delegates that control of the chamber is still undecided pending recounts. And then on Dec. 12, Democrat Doug Jones defeated Republican Roy Moore in a special election for a U.S. Senate seat — in Alabama, of all places, one of the most Republican states in the nation.” 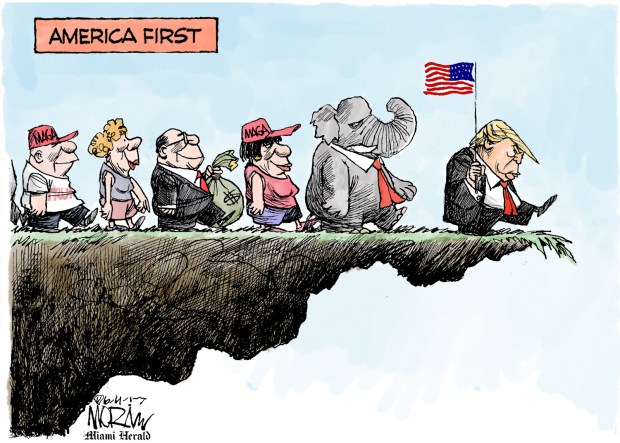 “So Godspeed to the Mueller investigation, but let him worry about that. The rest of us — Democrats, independents, patriotic Republicans — should work toward the November election. Our duty is to elect a Congress that will bring this runaway train under control.”