A president who will never place the national security interests of the USA and its peoples before his own concerns and grievances is a clear and present danger to this country.

Here is a synopsis of January 11th events.. The republican President Donald Trump was watching Cable TV news on the Fox channel as is his habit on this day of January 11, 2018, when there was a discussion about the FISA (United States Foreign Intelligence Surveillance Court), where the section 702 was to be reauthorized by the US Congress.

For the record, the National Security Agency is on record as saying that “collection under FAA Section 702 is the most significant tool in the NSA collection arsenal for the detection, identification, and disruption of terrorist threats to the U.S. and around the world. 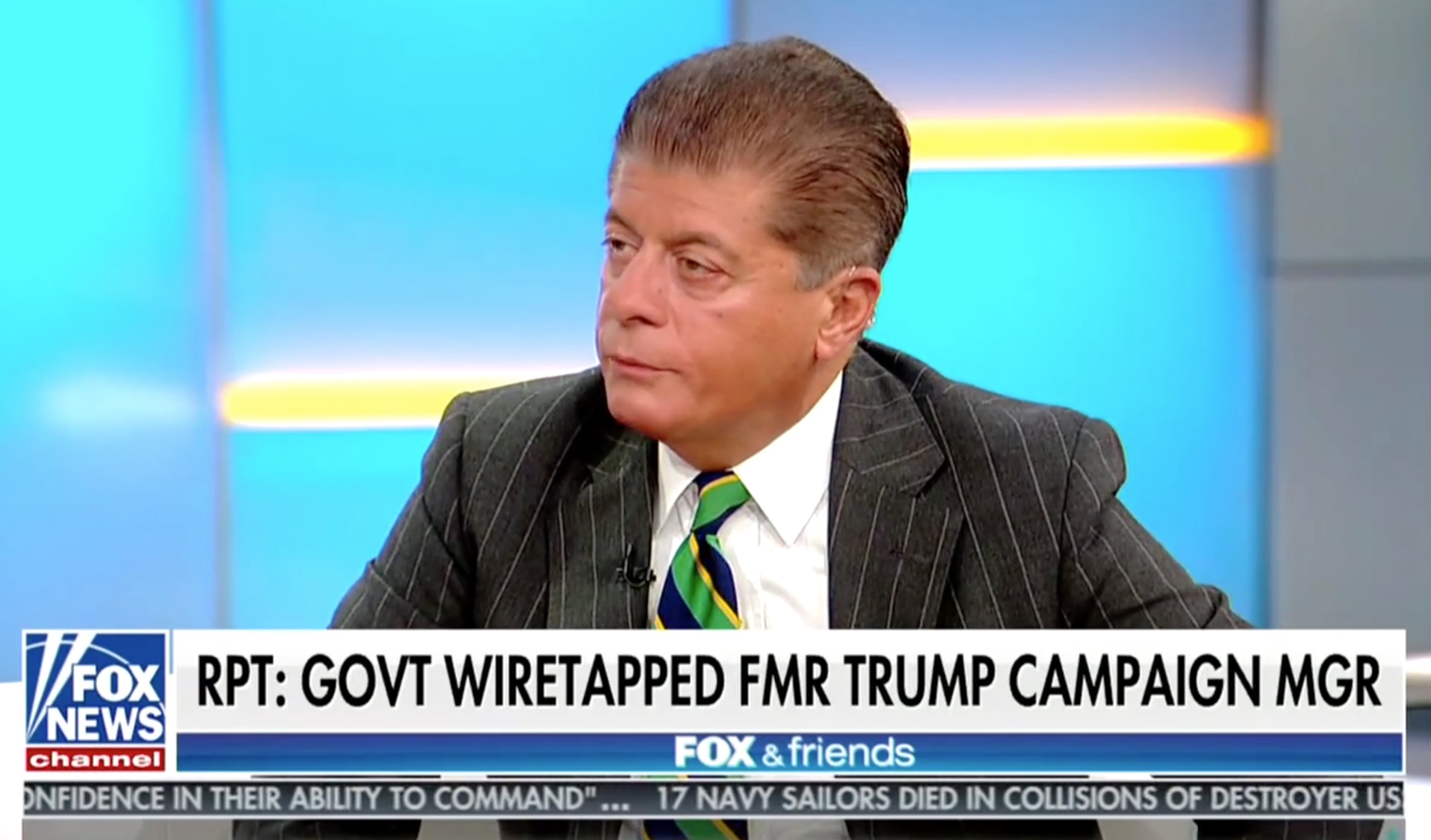 But there was a guest on the Fox TV show who took advantage of the fact that the president watches this morning show to recommend that the US Congress not reauthorize FAA Section 702, and then he insinuated that this was the tool that allowed for the unmasking of American citizens that could be used against them.”(See this clip 1/ this clip 2 )

This was enough for the president to tweet out his opposition to the re-authorization of this section FAA 702, with wording that had been ironed out and agreed upon over months  of wrangling.

The republican leaders of the US Congress along with with the president’s Chief of Staff General John Kelly and others had to scramble to remedy the fallout and to ensure the passage on this re-authorization out of the US House of Representatives.

This is just one more example of how the president’s reliance on “fake news” and conspiracy theories, like President Obama had ordered the wiretapping of his office, has had an effect on his impulsive creation of policy.

“When the history of President Donald Trump’s use of Twitter is written, there will be a stiff competition for his most destructive, most irresponsible tweet. A strong contender for that less-than-august honor came Thursday morning, when the president of the US tweeted this:”

“House votes on controversial FISA ACT today.” This is the act that may have been used, with the help of the discredited and phony Dossier, to so badly surveil and abuse the Trump Campaign by the previous administration and others?

Twitter Ads info and privacy
“It is, to be sure, not Trump’s most rhetorically outlandish tweet. It is not an attack on a person or a national or ethnic group. But this tweet is nothing less than an active intervention by the president at a delicate moment in time against the national security of the country he leads. If there is a defense of this, it can be only that Trump may not have understood what he was saying and may simply have been parroting something he heard on Fox News.”

“Perhaps following an early-morning staff intervention, Trump seemed to recognize his error and tried to undo some of the damage, tweeting:”

With that being said, I have personally directed the fix to the unmasking process since taking office and today’s vote is about foreign surveillance of foreign bad guys on foreign land. We need it! Get smart!

“Describing the follow-up comment as “too little, too late” would be an understatement. The Trump administration needs to take far more aggressive steps to undo the damage, and it needs to do so fast.”

“Allow us to explain.”

“For now, let’s leave aside what would otherwise be notable about Trump’s original tweet: the lies in it. There is zero evidence that the Obama administration conducted surveillance against the Trump campaign—much less that it used Section 702 authorities to do so. To the contrary, it is inconceivable that 702 was used as the president alleges. Under normal circumstances, we would spend some time on a malicious presidential lie about the prior administration, his own intelligence community, and the men and women who serve in both. But today, that’s a secondary problem.”

“For present purposes, the much more urgent matter is that the president here seemed to be at least implicitly opposing re-authorization of 702—and doing so on the day the House of Representatives is to vote on the matter and when the outcome of that vote is uncertain.”

“Let’s not mince words here: The lapse of Section 702 surveillance capabilities, even for a short time, would constitute a full-fledged national security emergency. The National Security Agency is on record as saying that “collection under FAA Section 702 is the most significant tool in the NSA collection arsenal for the detection, identification, and disruption of terrorist threats to the U.S. and around the world.”

“There is genuine and legitimate controversy over whether additional protections should apply, particularly when it comes to post-collection queries of data, and whether existing protections should be codified in law, instead of in the attorney general’s guidelines. Even most critics, however, do not deny the general value of 702. That is to say, none of the following statements are remotely controversial among serious people:”

“None of that is in dispute, even among those across the political spectrum who advocate reforms.”

“House Judiciary Committee Chairman Bob Goodlatte, whose committee proposed dramatic legislative changes, nevertheless called it a “strong and effective national security tool.” The Senate Republican Policy Committee notes that there hasn’t been “a single intentional violation of the law.” Third Way, in a paper advocating some reforms, says that 702 is a “critical tool.” The Washington Post editorial page, while also supporting reforms, referred to 702 as a “crucial surveillance program” that Congress should not allow to lapse.”

“Yet the politics of 702 have become exceptionally delicate. The government simply can’t afford to lose it. And the periodic sunset provisions give privacy and civil liberties advocates powerful leverage to force debate on changes. Despite acknowledging the general value of Section 702, privacy advocates have long demonstrated a willingness to play brinkmanship with the law. And support for clean re-authorization and various proposed reforms do not divide cleanly across party lines.”

“The politics have grown particularly complicated this year, largely because of Trump and his claims of illegal “wire tapping” against him by President Obama. House Intelligence Committee Chairman Devin Nunes, otherwise a supporter of 702 and more-robust national security authorities in general, leapt to stoke the chaos by creating the “unmasking” controversy to justify Trump’s wiretapping claims. Then Nunes inserted that controversy into the 702 re-authorization debate by insisting on including provisions related to unmasking practices in the law. That helped gum up the works sufficiently that Congress was not able to agree on a long-term solution before the Dec. 31, 2017, statutory lapse. Instead, lawmakers bought themselves three more weeks to find a fix.”

“Which brings us to this week. Members of both the House and Senate seem to have hashed out the broad outlines of compromise legislation, under which 702 would be reauthorized on a long-term basis albeit with some additional privacy and transparency provisions. Dissenters in the House, including NSA critics Justin Amash and Zoe Lofgren, have offered alternative legislation in the form of an amendment, set to go to the floor Thursday. The USA Rights Act, as it is known, is operationally unacceptable to the intelligence community and the FBI for very good reasons.”

“This is a sufficiently high legislative priority that the White House rushed out a Statement of Administration Policy late Wednesday night:”

The Administration supports House passage of the House Amendment to S. 139, the FISA Amendments Reauthorization Act of 2017.

Section 702 of the Foreign Intelligence Surveillance Act of 1978 provides authorities to collect critical intelligence on terrorist organizations, weapons proliferators, and other foreign adversaries that is vital to keeping the Nation safe. Reauthorizing these authorities before they expire on January 19, 2018, in a manner that preserves their effectiveness, is a top priority of the Administration.

The Administration would prefer a clean and permanent extension of section 702 of FISA. The bill would, however, provide for a six-year reauthorization of section 702, a critical extension that will keep America safe from those who wish to do us harm.

If the House Amendment to S. 139 were presented to the President in its current form, his advisors would recommend that he sign the bill into law.

“But the deal was emphatically not done. Knowledgeable people both inside and outside of government (and on both sides of the aisle) were expressing some degree of concern even Wednesday night (1/10/17)—a reflection of the consequences that might result from a lapse and the delicacy of the politics.”

“It was against this background that President Trump tweeted what effectively was a green light to those who want to oppose 702 reauthorization outright or to support the Amash-Lofgren amendment—and to do so based on a mendacious conspiracy theory rooted in the Russia investigation.” 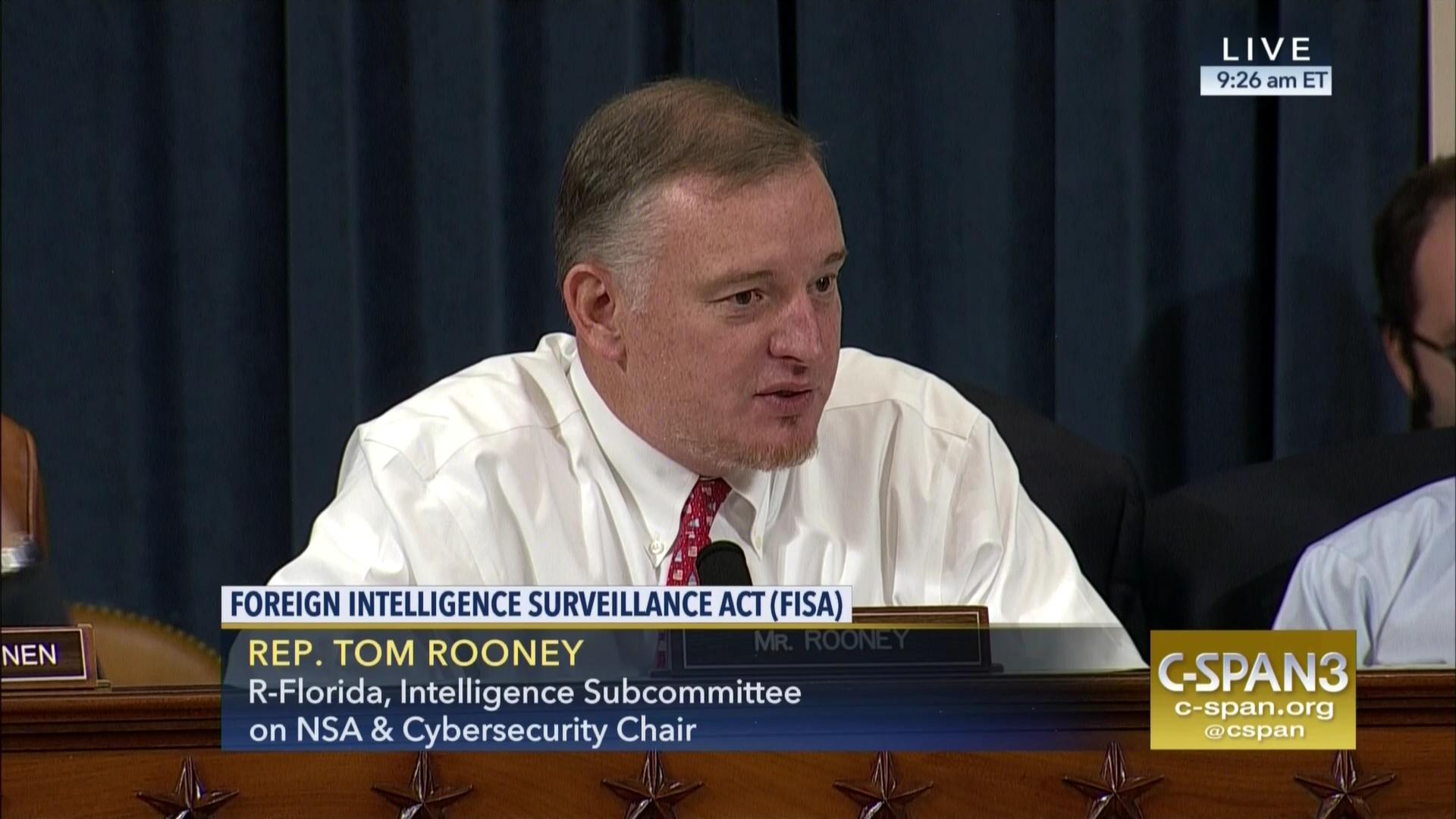 “But the president’s tweet followed this clip that aired on “Fox & Friends”—which Trump is known to watch.”

“In other words, President Trump tweeted lies against his own intelligence community in the course of signaling opposition to a legislative priority of his own administration on a crucial national security priority at an especially delicate moment in time. Then he tried to take it back.”

“We don’t hold much hope for ever calling on President Trump to do the right thing. But there is still time for him to do more to ameliorate the mess he has created here—by making clear both publicly and privately that he, like the administration he leads, supports 702 reauthorization and understands that the law is not about domestic spying but about urgent national security collection on behalf of the country.”