The following scenario details why it doesn’t pay for the republicans on the US House Intelligence Committee to publicly release the Nunes anti-FBI memo without having it subjected to the standard de-classifying/ vetting process as it sets a precedent that has unintended consequences.

On January 31, 2018, Colin Taylor of the Washington Press penned the following report, “A top Senator just threatened Trump and Nunes with an ultimatum they can’t afford to ignore”

“A top Democratic Senator issued a fiery threat to Congressional Republicans today (1/31/18) over their efforts to release the now infamous “Nunes memo,” an annotated and doctored analysis of an intelligence report that allegedly exposes abuses of power by the Federal Bureau of Investigation that somehow discredits the investigation into President Trump’s alleged collusion with Russian agents and for obstructing justice by interfering in said investigation.” “Senator Ron Wyden (D-OR) threw down the gauntlet this morning with this declaration:”

If this memo comes out, I have a long list of less sensitive, but still classified, information that the American people deserve to see. #secretlaw

Twitter Ads info and privacy
“Wyden shone a spotlight on various aspects of the government’s domestic surveillance and counter-terrorism programs that have been improperly concealed from the public and that we deserve to know – and highlighted the hypocritical way that the right-wing uses “national security” as an excuse to conceal appalling violations of human rights and our constitutionally protected right to privacy.” 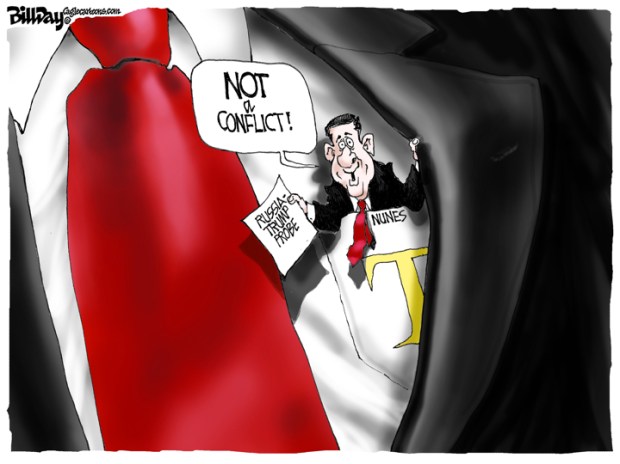 “American politicians cannot be allowed to use “national security” as a catch-all excuse to conceal vital information from the people they are ostensibly representing or abusing classified info to play partisan games and dangle tantalizing tidbits hinting at fake scandals to the rabid crowd of conspiracy theorists and lunatic chuds that have grown to prominence in American politics.”

“Since 9/11, “national security” has been used ferociously to excuse a wide swath of heinous acts by both sides of the aisle, whether to conceal the evidence of the Central Intelligence Agency’s secret torture program – which nobody has ever been punished for – or the National Security Agency’s domestic warrantless surveillance program, or the Department of Homeland Security’s ethno-religious profiling of Muslims in America, or the rubber-stamping of an insatiable Pentagon’s need for material and money for our endless overseas wars…the list goes on and on.”

“And we certainly cannot let “national security” be used as an excuse by a bumbling idiot like Devin Nunes to protect a demented president from the consequences of his own mind-boggling decisions.”If Nunes wants to declassify his “memo,” by all means – let him. But then let’s declassify everything else the American people deserve to know about what goes on behind the scenes in Washington.”