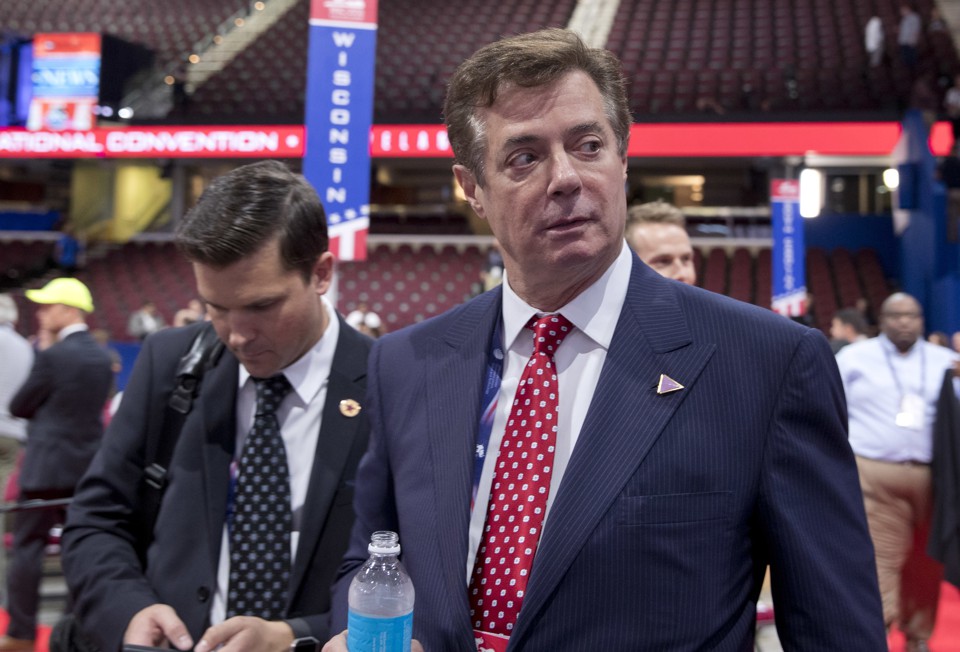 What is the FBI Special Counsel Robert Mueller III up to as he manages the Trump-Russia investigation? Today, February 22, 2018, he announced that he is charging Paul Manafort and his long time associate Rick Gates with 32 more accounts of criminal activity. What is obvious is that the FBI’s Special Counsel Mueller has lots of data on both individuals.

[Read the indictment of Paul Manafort and Rick Gates]

The Trump campaign led by Paul Manafort worked behind the scenes July 2016 to make sure the new Republican platform wouldn’t call for giving weapons to Ukraine to fight Russian and rebel forces, contradicting the view of almost all Republican foreign policy leaders in Washington.

Throughout the 2016 campaign, Mr. Donald Trump had been dismissive of calls for supporting the Ukraine government as it fights an ongoing Russian-led intervention. 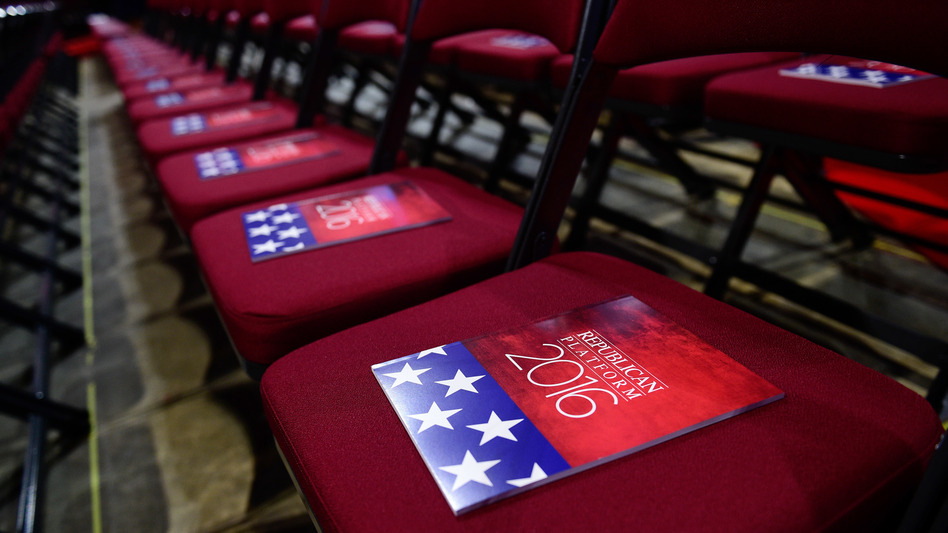 Trump’s campaign chairman, Paul Manafort, had previously worked for the Russian-backed former Ukrainian president Viktor Yanukovych for more than a decade until he was forced to flee in 2014. Protests had erupted in 2014 where Ukranians were angered over his not honoring his campaign pledge for Ukraine to join  the European Union.

Around 2015 was when Paul Manafort lost a significant money stream to where he needed access to lots of monies and this is when he resorted to what is amounting to criminal activity.

It was around November 2014 when Russia invaded parts of Ukraine whereupon he annexed Crimea, a section of Ukraine which NATO did not approve and for which sanctions were imposed on Russia.

As per a 7/8/16 Washington Post report by Josh Rogan, “Still, Republican delegates at last week’s national security committee platform meeting in Cleveland were surprised when the Trump campaign orchestrated a set of events to make sure that the GOP would not pledge to give Ukraine the weapons it has been asking for from the United States.”

“Paul Manafort was using fraudulently obtained loans and tax-cheating tricks to prop up his personal finances as he became chairman of the Trump campaign in 2016, according to a new 32-count indictment filed against him and his business partner Thursday (2/22/18).

“The indictment ratchets up pressure on Manafort and his deputy Rick Gates, who were already preparing for a trial that could come later this year on fraud and money laundering charges.”

GATES/ MANAFORT/ PUTIN/ TRUMP”The additional charges had been expected in special counsel Robert S. Mueller III’s prosecution of Manafort and Gates. Manafort joined the Trump campaign in March 2016, and served as the campaign chairman from June to August of that year. Gates also served as a top official on Trump’s campaign.”

“Mueller accused the men of lying on their income tax returns and conspiring to commit bank fraud to get loans. The indictment was filed in federal court in Virginia — a technical requirement because that was where the suspects filed their tax returns.”

“A court filing indicates that prosecutors initially sought to combine the new charges with the preexisting indictment in federal court in Washington, but Manafort declined to agree, leading to the possibility of two separate trials in two neighboring jurisdictions.”

“The new indictment offers a more detailed portrait of what prosecutors say was a multi-year scheme by Manafort and Gates to use their income from working for a Ukrainian political party to buy properties, evade taxes and support a lavish lifestyle even after their business connections in Kiev evaporated.”
“Manafort and Gates generated tens of millions of dollars in income as a result of their Ukraine work. From approximately 2006 through the present, Manafort and Gates engaged in a scheme to hide income from United States authorities, while enjoying the use of the money,” the indictment charges.”

“From 2006 to 2015, Manafort, with help from Gates, allegedly failed to pay taxes on this money by disguising it as loans from offshore corporate entities, and by using foreign bank accounts to make payments to businesses in the United States on Manafort’s behalf.”

“According to the indictment, Manafort’s Ukraine income dwindled in 2015, and the scheme took on a new form — getting $20 million in loans based on Manafort’s real estate properties in the United States. But to do that, the grand jury charged, he and his deputy made false claims to banks about their company’s income and existing debts.”

“The indictment describes one bank employee conspiring with Manafort in the fraud. In spring 2016, that unidentified co-conspirator allegedly wrote that a document looked doctored and asked them to “do a clean excel doc” and send that instead.”

“Another detail in the indictment suggests that Manafort was under significant financial pressure even as he ascended to running the Trump campaign in mid-2016.”

“One bank lender “questioned Manafort about a $300,000 delinquency on his American Express card, which was more than 90 days past due. The delinquency significantly affected Manafort’s credit rating score.” In response, according to the indictment, Manafort got Gates to supply a letter falsely claiming that he, not Manafort, had borrowed the card to make the purchases and would pay him back.”

“The filing Thursday comes at a time of significant uncertainty about when a trial might happen in the first case, or even who the defense lawyers will be. Last week, U.S. District Judge Amy Berman Jackson criticized both sides for what she called “unacceptable delays” in the case, which still does not have a trial date.”

“Manafort and Gates were hit with a 12-count indictment in October — the first criminal charges in Mueller’s probe of Russian interference with the 2016 election. That indictment focused not on events in the 2016 race but financial transactions involving work by Manafort and Gates for the Ukrainian political party, and their failure to notify U.S. authorities that they were allegedly acting as lobbyists for a foreign government.”

“Gates’s legal strategy and defense team are still in question. His three lawyers have asked to leave the case, a request the judge is considering. ”

For a time, it appeared that Gates’s new lawyer would be Thomas C. Green, an experienced white-collar attorney with a reputation for cutting plea deals on behalf of his clients.

On Tuesday (2/20/18), an associate of Gates pleaded guilty to lying to the FBI in the course of the Russia investigation. Alex van der Zwaan, a former lawyer at a premier law firm, admitted to lying about his contacts with Gates.”