aside Bolton Isn’t As Bad A Replacement as President’s NSA As Pundits Are Saying, He’s Much Worse

The new National Security Adviser John Bolton, as a senior fellow at the conservative American Enterprise Institute has long been an advocate for regime change in both Iran and North Korea.  He had previously written to advise that President Trump should “abrogate the Iran nuclear deal in his first days in office. He wrote about this in January 2018 Wall Street Journal. In February 2018, he penned the following WSJ piece, The Legal Case for Striking North Korea First

When it comes to his hawkish views on Iran, Mr. Bolton is more in line with the newly nominated secretary of state, Mike Pompeo, who has not yet been confirmed for the job. But Mr. Bolton as the president’s national security adviser, isn’t subject to the US Senate confirmation process, which would have been difficult. During President George Bush’s administration, Mr. Bolton had to be appointed as the UN Ambassador while the US Congress was in recess because it was understood that he couldn’t survive the confirmation process. 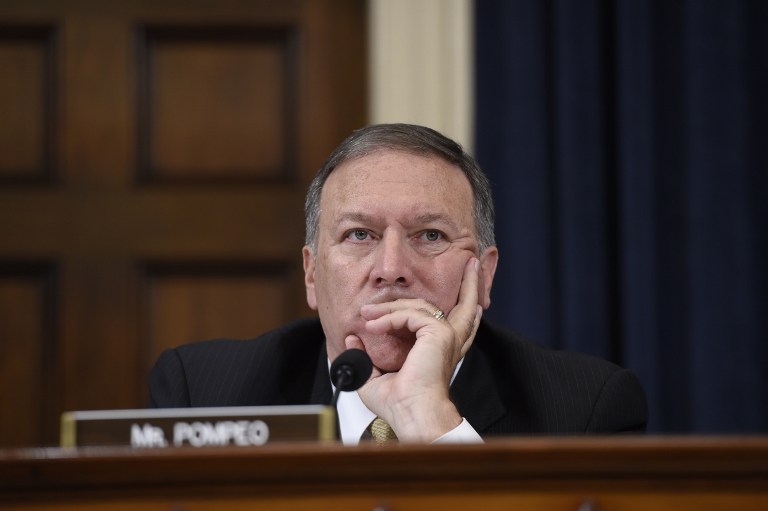 “Trump announced Thursday (3/22/18) that Bolton would replace his outgoing adviser, H.R. McMaster, next month. Bolton is seen as one of the most controversial and dangerous figures in U.S. diplomacy and is a fierce war hawk who has long advocated for a preemptive military strike against North Korea and the dismantling of the Iran nuclear deal.”

“This news is hard to process,” Van Jackson, a senior lecturer at Victoria University of Wellington in New Zealand, said in an email. “What I can say at the moment is that Bolton isn’t just a run-of-the-mill hawk; he’s a kind of warmonger. He’s never seen a foreign policy problem that couldn’t be solved by bombing.”

“The news of Bolton’s appointment comes just days after Trump replaced Secretary of State Rex Tillerson with CIA Director Mike Pompeo. Together, Bolton and Pompeo will make up one of the most hawkish U.S. foreign policy teams in recent memory, according to The NY Times.”

Between Pompeo and Bolton, you’re looking at a neocon foreign policy jacked up on steroids. Alexandra Bell, senior policy director at The Center for Arms Control and Non-Proliferation 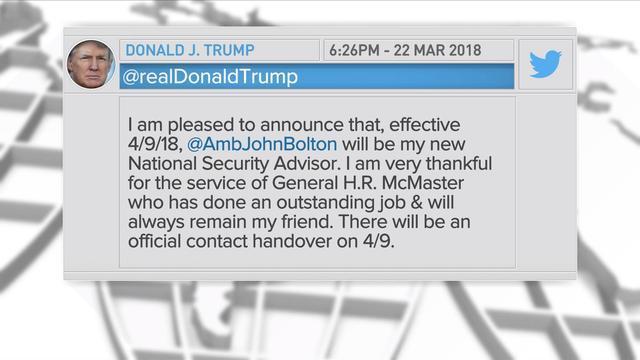 The following 2015 editorial by Mr. Bolton, reflects his attitude regarding Iran.

“FOR years, experts worried that the Middle East would face an uncontrollable nuclear-arms race if Iran ever acquired weapons capability. Given the region’s political, religious and ethnic conflicts, the logic is straightforward.”

“As in other nuclear proliferation cases like India, Pakistan and North Korea, America and the West were guilty of inattention when they should have been vigilant. But failing to act in the past is no excuse for making the same mistakes now. All presidents enter office facing the cumulative effects of their predecessors’ decisions. But each is responsible for what happens on his watch. President Obama’s approach on Iran has brought a bad situation to the brink of catastrophe.” 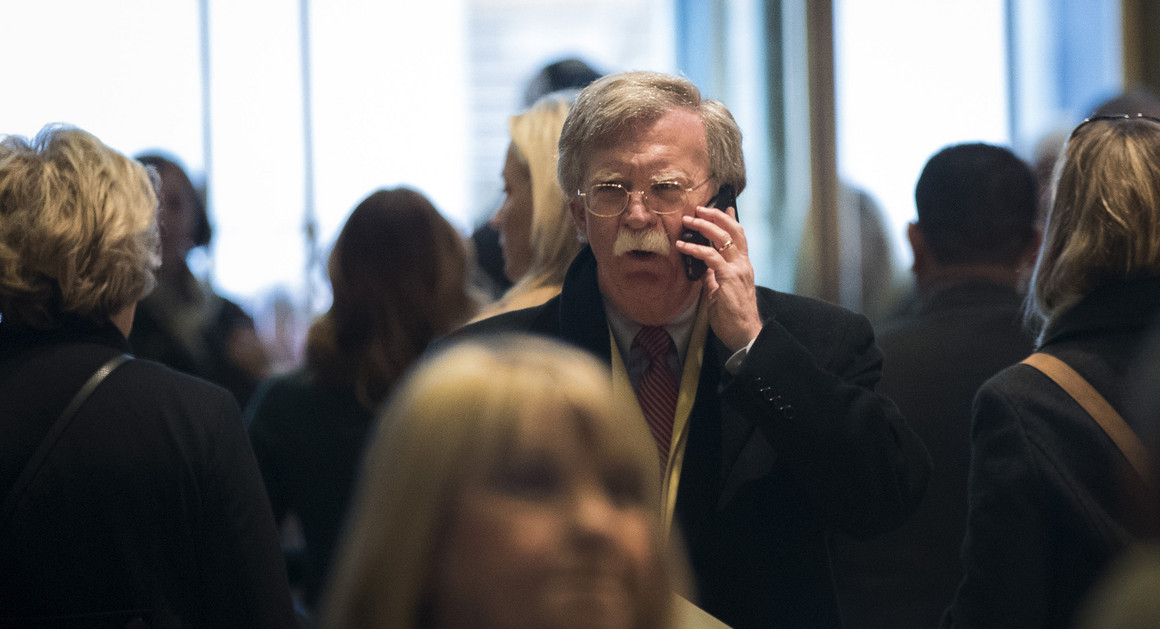 “In theory, comprehensive international sanctions, rigorously enforced and universally adhered to, might have broken the back of Iran’s nuclear program. But the sanctions imposed have not met those criteria. Naturally, Tehran wants to be free of them, but the president’s own director of National Intelligence testified in 2014 that they had not stopped Iran’s progressing its nuclear program. There is now widespread acknowledgment that the rosy 2007 National Intelligence Estimate, which judged that Iran’s weapons program was halted in 2003, was an embarrassment, little more than wishful thinking.”

“Even absent palpable proof, like a nuclear test, Iran’s steady progress toward nuclear weapons has long been evident. Now the arms race has begun: Neighboring countries are moving forward, driven by fears that Mr. Obama’s diplomacy is fostering a nuclear Iran. Saudi Arabia, keystone of the oil-producing monarchies, has long been expected to move first. No way would the Sunni Saudis allow the Shiite Persians to outpace them in the quest for dominance within Islam and Middle Eastern geopolitical hegemony. Because of reports of early Saudi funding, analysts have long believed that Saudi Arabia has an option to obtain nuclear weapons from Pakistan, allowing it to become a nuclear-weapons state overnight. Egyptand Turkey, both with imperial legacies and modern aspirations, and similarly distrustful of Tehran, would be right behind.” 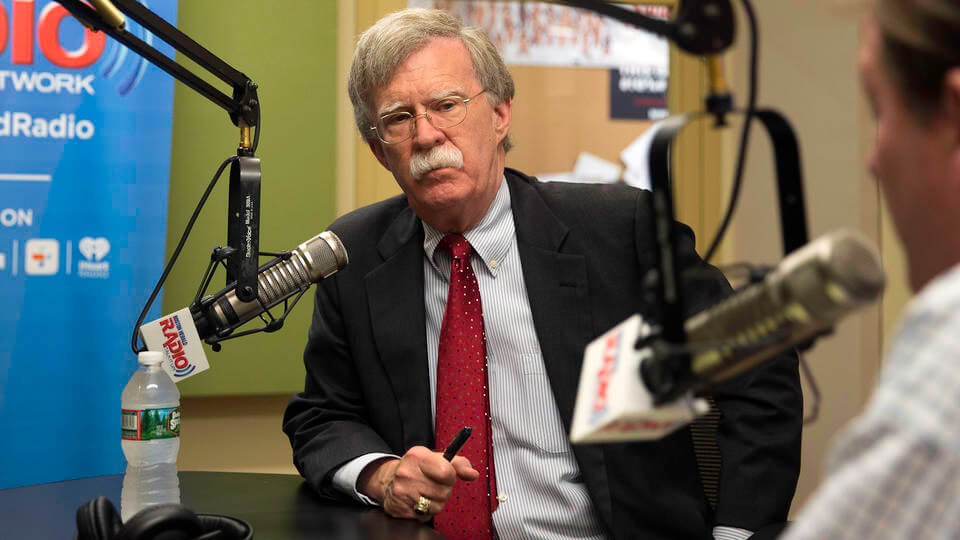 “Ironically perhaps, Israel’s nuclear weapons have not triggered an arms race. Other states in the region understood — even if they couldn’t admit it publicly — that Israel’s nukes were intended as a deterrent, not as an offensive measure.”

“Iran is a different story. Extensive progress in uranium enrichment and plutonium reprocessing reveal its ambitions. Saudi, Egyptian and Turkish interests are complex and conflicting, but faced with Iran’s threat, all have concluded that nuclear weapons are essential.”

“The former Saudi intelligence chief, Prince Turki al-Faisal, said recently, “whatever comes out of these talks, we will want the same.” He added, “if Iran has the ability to enrich uranium to whatever level, it’s not just Saudi Arabia that’s going to ask for that.” Obviously, the Saudis, Turkey and Egypt will not be issuing news releases trumpeting their intentions. But the evidence is accumulating that they have quickened their pace toward developing weapons.”

“Saudi Arabia has signed nuclear cooperation agreements with South Korea,  China,  France and Argentina, aiming to build a total of 16 reactors by 2030. The Saudis also just hosted meetings with the leaders of Pakistan, Egypt and Turkey; nuclear matters were almost certainly on the agenda. Pakistan could quickly supply nuclear weapons or technology to Egypt, Turkey and others. Or, for the right price, North Korea might sell behind the backs of its Iranian friends.”

“The Obama administration’s increasingly frantic efforts to reach agreement with Iran have spurred demands for ever-greater concessions from Washington. Successive administrations, Democratic and Republican, worked hard, with varying success, to forestall or terminate efforts to acquire nuclear weapons by states as diverse as South Korea, Taiwan, Argentina, Brazil and South Africa. Even where civilian nuclear reactors were tolerated, access to the rest of the nuclear fuel cycle was typically avoided. Everyone involved understood why.”

This gold standard is now everywhere in jeopardy because the president’s policy is empowering Iran. Whether diplomacy and sanctions would ever have worked against the hard-liners running Iran is unlikely. But abandoning the red line on weapons-grade fuel drawn originally by the Europeans in 2003, and by the United Nations Security Council in several resolutions, has alarmed the Middle East and effectively handed a permit to Iran’s nuclear weapons establishment.

The inescapable conclusion is that Iran will not negotiate away its nuclear program. Nor will sanctions block its building a broad and deep weapons infrastructure. The inconvenient truth is that only military action like Israel’s 1981 attack on Saddam Hussein’s Osirak reactor in Iraq or its 2007 destruction of a Syrian reactor, designed and built by North Korea, can accomplish what is required. Time is terribly short, but a strike can still succeed.