aside Verdict: Ronny Jackson’s Stage Presence Is Not Enough To Confirm Him As Head Of VA

The republican President Donald Trump loves to act on his gut which has backfired time and time again, but he continues down this path. Is there even a procedure in place to properly vet applicants for an important job like the head of the Veterans Administration organization? For this post, the president picked the very photogenic medical Read Admiral Ronny Jackson who had performed his last physical medical exam.

Of course, it helped that the rear admiral was willing to write a “fake news” report about the president being in excellent health with a weight of only 239 lbs.

As per a January 18, 2018 Independent report,  “Doctors have expressed concerns about the condition of Donald Trump’s heart, contradicting the White House physician who said the US President was in “excellent” cardiac health.”

“White House doctor Dr Ronny L Jackson gave the positive medical assessment of Mr Trump despite his LDL cholesterol level being 143, well above the ideal score of 100 or less.”

“Cardiologists said Mr Trump was at risk of having a stroke or a heart attack, particularly since he is overweight and has a sedentary lifestyle. He should work to dramatically lower his LDL level to below 100 or even 70.” 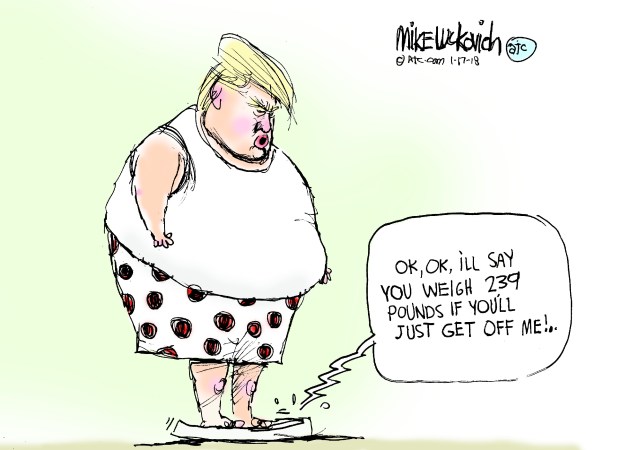 “He said describing a man with such levels as in “excellent health” was “completely contradicted”.

“The levels of calcium-containing plaque in the blood vessels that feed Mr Trump’s heart had increased since 2009, Dr Gupta said.”

On April 24, 2018, Aaron Blake of the Washington Post penned the following report, “Trump all but kills Ronny Jackson’s VA nomination with one final spectacle”

“Ronny L. Jackson’s nomination to lead the Department of Veterans Affairs appeared to be nearing an unceremonious end Tuesday afternoon. But not before President Trump decided to make a spectacle out of it.”

Appearing at a news conference alongside French President Emmanuel Macron, Trump repeatedly said he had asked Jackson, in light of serious new allegations against him, why he even wanted to go through with the whole thing. The pretty clear subtext: “Please withdraw.”

“I told Admiral Jackson just a little while ago, I said, ‘What do you need this for?’ ” Trump said.

He added later: “What do you need it for? … I don’t want to put a man through a process like this that is too ugly and too disgusting.”

And: “I wouldn’t do it. What does he need it for? To be abused by a bunch of politicians?”

Curiously, despite imploring his pick to reconsider whether this was worth his time, Trump also insisted he hadn’t even reviewed the New York Times report involving an allegedly hostile work environment under Jackson, drinking on the job and over-prescription of drugs.

Link to entire report: Trump all but kills Ronny Jackson’s VA nomination with one final spectacle 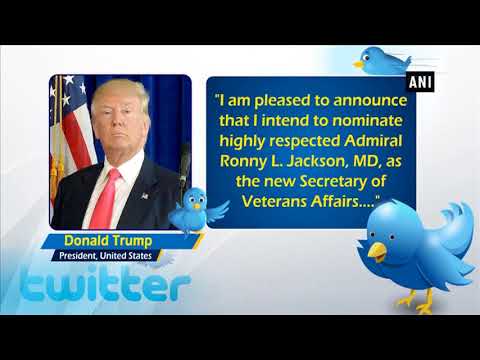 On April 24, 2018, Chris Cillizza of CNN penned the following report, “The Ronny Jackson debacle is entirely and completely predictable”

“When President Donald Trump named White House physician Ronny Jackson as his choice to be the next head of the Department of Veterans Affairs, it caught lots of people — inside and outside 1600 Pennsylvania Avenue — by surprise.”

“After all, Jackson had never run an agency even close to the size of the VA. And, it appeared that Jackson’s main appeal to Trump was their personal rapport — as well as the clean bill of health Jackson had given Trump after his annual physical. (Jackson’s performance at a news conference announcing the results of that physical didn’t hurt either.)”
“He’s like central casting — like a Hollywood star,” Trump said of Jackson in a speech to donors at his Mar-a-Lago resort in February.”

“Then this happened on Monday night:”
“Republicans and Democrats on the Senate Veterans Affairs Committee are raising concerns about allegations involving Rear Adm. Ronny Jackson, President Donald Trump’s nominee to lead the Department of Veterans Affairs, and are reviewing them to determine if they are substantial enough to upend his nomination.”
“Committee members have been told about allegations related to improper conduct in various stages of his career, two sources said.”

“The White House, according to CNN reporting, has no plans to pull Jackson’s nomination.
“Admiral Jackson has been on the front lines of deadly combat and saved the lives of many others in service to this country,” said White House deputy press secretary Hogan Gidley on Tuesday morning. “He’s served as the physician to three Presidents—Republican and Democrat—and been praised by them all. Admiral Jackson’s record of strong, decisive leadership is exactly what’s needed at the VA to ensure our veterans receive the benefits they deserve.”
“But, Jackson’s confirmation hearing — originally set for Wednesday — was postponed Tuesday (4/24/18) amid the allegations.”
“This is what happens when you govern by personal preference and favor seat-of-the-pants decisions rather than more thought-out ones.”
“Trump has made no secret of his unwavering belief in the rightness of his gut. He is an instinctual actor; he goes with what feels right as opposed to what conventional wisdom or the graybeards of Washington tell him is right.” 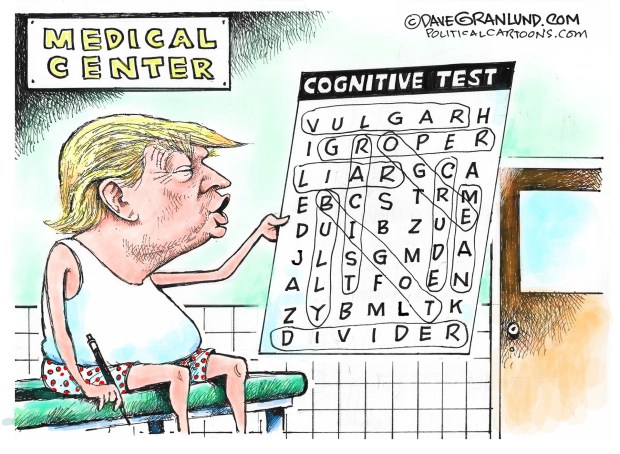 “Trump picked Jackson because he liked him. Because he thought Jackson did a good job at that news conference announcing the results of Trump’s physical. Because it felt like the right move.”
“All of that means that where the White House finds itself today with Jackson — dead in the water — was entirely predictable. Governing by the seat of your pants is rarely a recipe for success; there’s a reason, after all, that things like vetting exist.”