Ronnie Jackson is a Rear Admiral who has been the physician to presidents while being very well thought of by folks from both sides of the aisle. There is that adage where looks can be deceiving.

It appears that with a little deeper checking into his background, it was easily discover-able  that he is a very flawed character that included at a minimum, an alcoholic drinking problem, unethical, poor management skills as attested to by his staff, a lackadaisical attitude in prescribing drugs like Percuset.

As per a 4/24/18 Newsweek report, “Speaking to CNN, Tester, the ranking member of the Senate Committee on Veterans’ Affairs, disclosed some of the reports he has received about Jackson.”

“On overseas trips, the admiral would go down the aisle-way of the airplane and say, ‘All right, who wants to go to sleep?’ And hand out the prescription drugs like they were candy and put them to sleep, and then give them the drugs to wake them back up again,” he said, citing reports from 20 or more people.”

But there were other clues. There was his glowing medical evaluation report on the republican President Donald Trump’s physical condition where the president only weighed 239 lbs and where the president’s overall health was excellent, which ended up being “fake news.” Then there is the issue of a lack of integrity which comes into play when any professional accepts a job that he/she objectively knows that he/ she is not remotely qualified to do on the basis of cronyism, alone.

As more and more of these allegations kept coming to the attention of the public, Dr. Jackson finally made the smart move by withdrawing his name on the 25th day of April 2018, to be considered as head of the Veterans Administration.

“The allegations against me are completely false and fabricated,” Jackson said in a statement. “If they had any merit, I would not have been selected, promoted and entrusted to serve in such a sensitive and important role as physician to three presidents over the past 12 years.” “It was puzzling that none of the allegations brought against Jackson were picked up by previous background checks. (The White House has claimed there were four separate inquiries.) In any event, the number and seriousness of the alleged offenses had continued to mount, making the nomination impossible to sustain. The Post had reported Wednesday night:”

“White House physician Ronny L. Jackson, President Trump’s nominee to lead the Department of Veterans Affairs, wrecked a government vehicle after getting drunk at a Secret Service going away party, according to an explosive list of allegations released Wednesday by the Democratic staff of the Senate Veterans’ Affairs Committee.”

“In the two-page summary of interviews conducted by the minority staff, Jackson also stands accused of a “pattern” of handing out medications with no patient history, prescribing medications to himself, and contributing to a hostile work environment with “a constant fear of reprisal.”

“Especially troubling was the claim that Jackson did not properly track controlled substances, prescribed a large amount of Percocet to a White House Military Office staffer and generally engaged in “loose dispensing of drugs.” In addition to his absence of experience running a huge department, his people skills, it turned out, were lacking, to put it mildly:”

“According to the report: “Jackson was described as ‘the most unethical person I have ever worked with,’ ‘flat-out unethical,’ ‘explosive,’ ‘100 percent bad temper,’ ‘toxic,’ ‘abusive,’ ‘volatile,’ ‘incapable of not losing his temper,’ ‘the worst officer I have ever served with,’ ‘despicable,’ ‘dishonest,’ as having ‘screaming tantrums’ and ‘screaming fits,’ as someone who would ‘lose his mind over small things,’ ‘vindictive,’ ‘belittling,’ ‘the worse leader I’ve ever worked for.’” 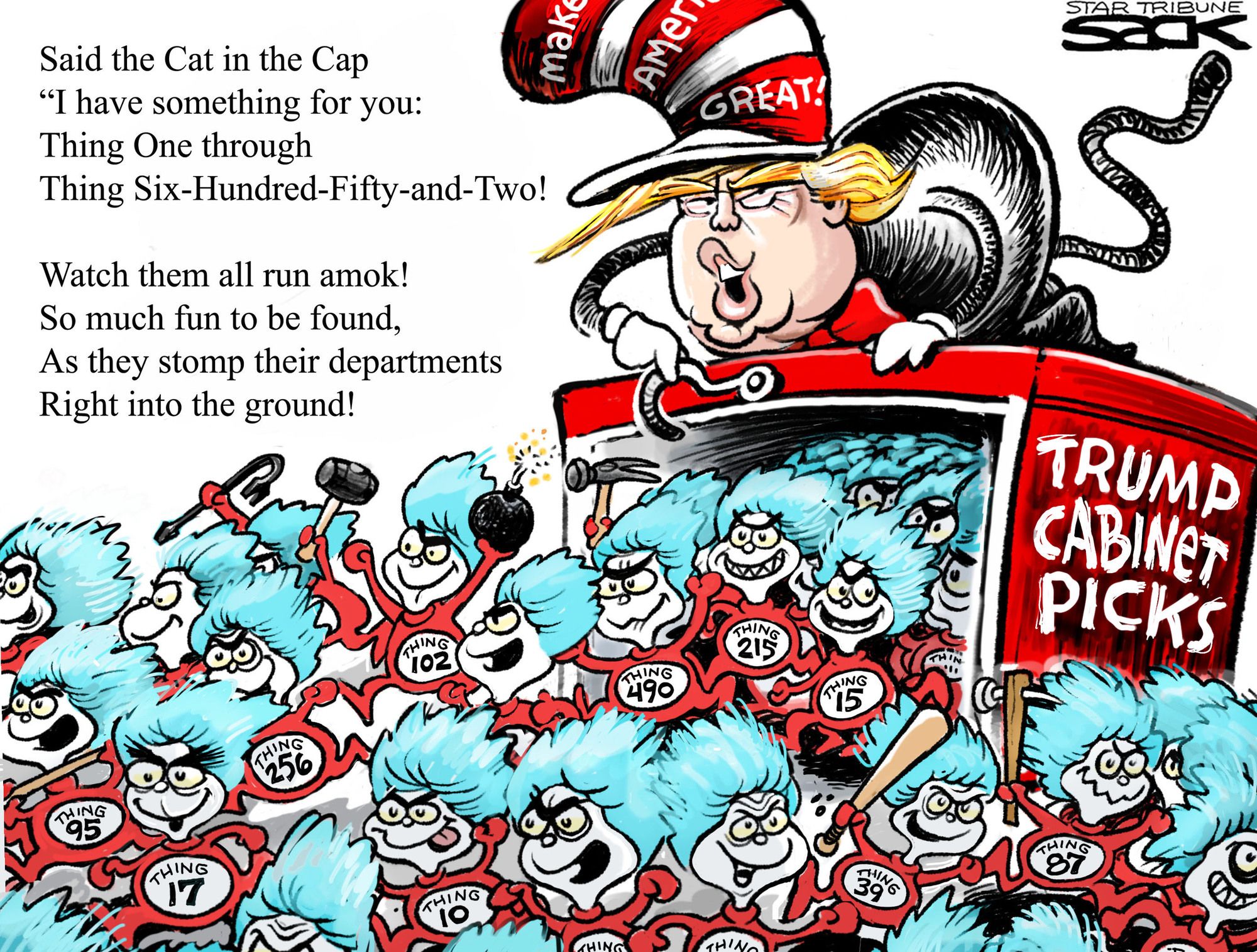 “For once, Republicans had let it be known on Wednesday (4/25/18) that they were disinclined to jam through another unqualified nominee with outstanding issues. Sen. Jeff Flake (R-Ariz.) was quoted by Politico as saying it was “very unlikely” that the nomination would press on. Moreover, “3  Republican senators, granted anonymity, said they want the White House to withdraw the nomination immediately, calling it a self-inflicted wound that will only get worse with time. … Republican senators wanted to know why the administration wasn’t aware of those problems in Jackson’s background weeks ago so senators and White House officials could mount an effective defense of him. And Republicans are confounded that the White House hasn’t withdrawn Jackson’s nomination after whistleblowers came to Veterans’ Affairs Committee with the charges.”

“Veterans groups have begun to express concerns that the Department of Veterans Affairs will ignore pressing problems because of the leadership vacuum resulting from the nomination of embattled Navy Rear Adm. Ronny Jackson. . . . Denise Rohan, national commander of the American Legion, which has more than two million members, said, “Our nation’s veterans deserve a strong, competent and experienced Secretary to lead” VA. …”

“The Iraq and Afghanistan Veterans of America, which claims 400,000 members, said a poll of more than 2,200 of its members showed that only 29 percent support Jackson’s nomination.”

“Paul Rieckhoff, founder and chief executive officer of IAVA, called on the Senate to “do its job at this defining time and ensure that any nominee for VA Secretary will live up to this awesome responsibility. Without stability in VA leadership, veterans nationwide are being left behind, our priorities are stalled and our national security is jeopardized.”

“It is a disgrace that for all his averred concern for veterans, Trump would have shown so little care in selecting the leader of VA. Rather than confront Jackson or admit error, the president appeared willing to stick veterans with an unqualified figure against whom a plethora of serious management issues have been raised.”

“Let’s take a step back for a moment. Someone who allegedly was found drunk in a hotel room on duty and allegedly drove drunk has been treating the president of the United States. Everyone feel comfortable with that? It’s mystifying that he hasn’t been suspended from duty so that a full investigation can be undertaken. Sadly, it is not just the VA post that was lost; also at issue now is Jackson’s continued assignment to the White House.”