aside Happy Mother’s Day/ Please God, Don’t Let My Son Be A Republican For President Trump

Happy Mother’s Day To All My Followers, Readers and Fellow Bloggers Who Are Moms

On May 12, 2018, Vinnie Longobardo of the Washington Press penned the following news, “An anti-Republican Mother’s Day ad just went viral for the best reason”

Just in time for Mother’s Day, NextGen America, the political action committee founded by progressive activist and Trump impeachment advocate Tom Steyer, has released a new video ad aimed not at the sons and daughters looking for the perfect gift for mom, but at the mothers themselves.

The video is a cautionary tale told from the point of view of the mother who missed the warning signs about her son until it was too late and is shot in the style of a preventative public service announcement.

Enumerating the signs as an example to help other moms escape her own child’s fate, the mother in the ad recounts the first sign, his middle school petty theft of a few dollars that were “not from me oddly enough, but from less fortunate kids.”

The next sign she points to is the fact that her son had no problems talking to girls, but, as she says, “things never really worked out for some reason,” a fact illustrated by a shot of her son holding a sign reading “Baby Killer” while protesting outside an abortion clinic.

She talks about how her son would bring his laundry home after he went away to college while showing him turning up on the doorstep with a basket full of clothes including a Trump campaign t-shirt on the top of the pile.

But the tone of the video turns grim when she recounts the fact that it wasn’t “until I met his college buddies that I realized it might have been too late,” while cutting to a framed photo of the tiki torch-bearing marchers at the white supremacist rally in Charlottesville, Virginia.

This all culminates in the powerful message that concludes the ad and hopes to warn all mothers of the dangers of letting their babies grow up to be Republicans: 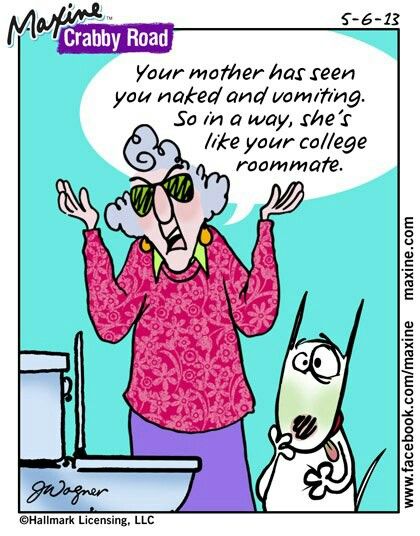 “Only a mother can catch the signs early. This Mother’s Day, talk to your child about the GOP. I wish I had,” the mother in the video admonishes while eagerly downing a much needed martini.

Overall, NextGen America is sending a powerful message about the dangers of not blocking access to Fox News with parental controls and of failing to warn your children about the evil people with immoral ideologies hiding in plain sight and masquerading as politicians.