If you have been wondering why republicans in the US Senate Judiciary Committee de-classified material and made it all public regarding the June 2016 Trump Tower meeting on the 16th of May, 2018, it could have been used to deflect from an even more damaging report issued by the US Senate Intel committee. The alternative explanation is that because these members have access to classified data, they may know that there is more damning information against the president may be forthcoming.

On the 16th of May 2018, the US Senate Intel Committee on a bipartisan basis published its Trump-Russia investigative assessment which counters the earlier republican partisan work product produced by the US House Intel committee chaired by the zealous republican advocate Rep. Devin Nunes.

“House Republicans’ version of events regarding Russian meddling in the 2016 presidential campaign — and how the FBI handled its ensuing investigation — has been noticeably pro-Trump.”

“That was underscored Wednesday when members of the president’s party in the Senate contradicted one of House Republicans’ key political findings — a favorite of President Trump to trumpet.”

“House Republicans investigating Russian interference ended their investigation last month, saying that Russia’s government tried to influence the 2016 election but not to help Trump win the presidency. The House GOP’s conclusion directly contradicted that of the entire U.S. intelligence community, but it was a big win for Trump. The president has been hesitant to acknowledge that Russia interfered on his part, ostensibly out of fear that doing so would undermine his win.”

“But now the Republican-controlled Senate Intelligence Committee, which released its own assessment Wednesday, is contradicting the House report, saying that Russia did try to help Trump win.” 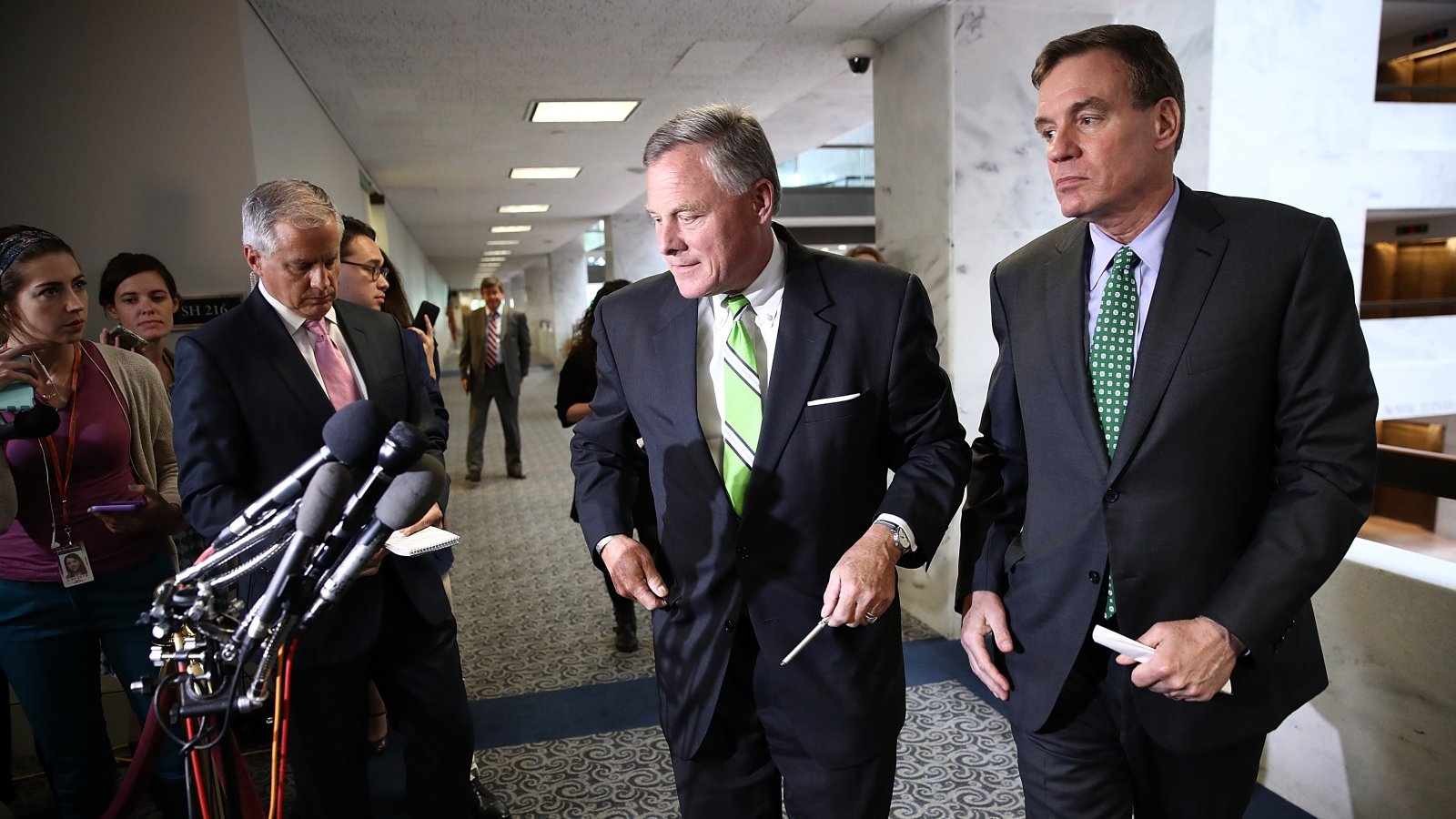 “That’s a problem for Trump.”

“When House Republicans released their version of events in May, Trump championed it as more proof that he’s innocent of all things related to Russia: of being favored by the country during the election, of colluding with Russians to help him win and of obstructing the ensuing investigation of the first two.”

The Russia Witch Hunt is rapidly losing credibility. House Intelligence Committee found No Collusion, Coordination or anything else with Russia. So now the Probe says OK, what else is there? How about Obstruction for a made up, phony crime.There is no O, it’s called Fighting Back

“Whether there was collusion or obstruction of justice is still undecided, both by the Senate Intelligence Committee and, more notably for Trump, special counsel Robert S. Mueller III, who has prosecutorial powers.”

“But the Senate Intelligence Committee, whose investigation has long been considered the more bipartisan the congressional ones, just significantly watered down in two big ways Trump’s first argument that Russia didn’t help him:”

1. Even Republican lawmakers who have looked at this seriously say Russia helped Trump

“I’m not sure that the House was required to substantiate every conclusion with facts,” Burr told reporters by way of explaining why the House report said Russia didn’t help Trump. That’s pretty pointed.”

“Their “assessment doesn’t pass the most basic smell test and is completely unmoored from reality,” Jens David Ohlin, a vice dean at Cornell Law School, told The Fix in April.”

2. The intelligence community’s credibility just got a big boost, too

“An effort to undermine the broader intelligence community goes hand-in-hand with Trump and his allies’ assessment that Russia was indifferent about who became president.”

“Trump and his House Republican allies have for months now tried raise suspicion that the FBI is inept, biased and even corrupt. Implicit in that message is that the bureau,is not capable of conducting an accurate or fair investigation of the president.”