By now, most of us who keep up with the news have learned that an official from Health and Human Services reported to a Senate subcommittee around 4/26/18 that about1,475 immigrant children who were to be cared for under this government system, can’t be located. The children who have ended up lost by these government immigration authorities, could be landing in the hands of human traffickers and sex offenders. 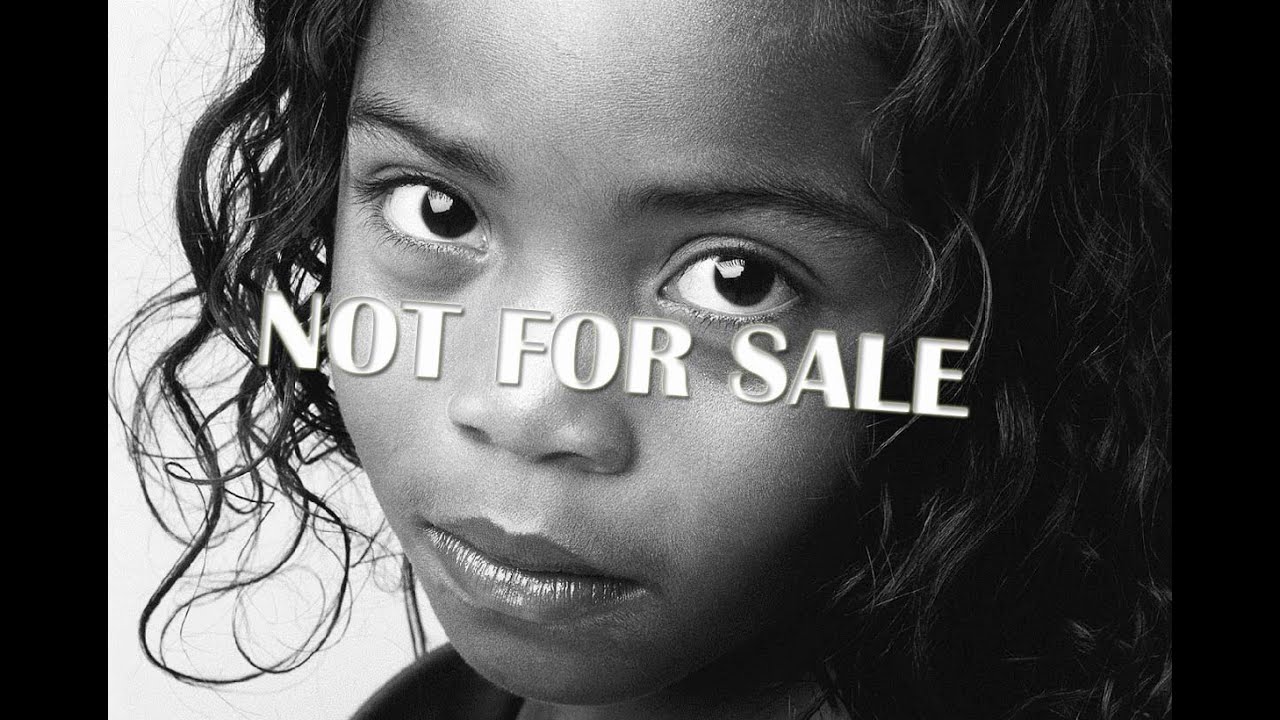 As per a 4/26/2018 PBS report, The agency has faced increased scrutiny following a scathing 2016 report from the committee that found it failed to protect unaccompanied minors from traffickers and other abuses.In 2014, at least 10 trafficking victims, including eight minors, were discovered during a raid by federal and local law enforcement in Portman’s home state of Ohio. As FRONTLINE examined in the recent documentary Trafficked in America, HHS had released several minors to the traffickers. The committee said the case was due to policies and procedures that were “inadequate to protect the children in the agency’s care.”

What’s truly frightening is, that this is the same government entity which is now monitoring children, who are are routinely being snatched and separated from their families, seeking asylum at the border, thanks to President Trump’s immigration enforcement policies.

This practice cannot be allowed to continue in the USA. I can’t stand to hear about another story of the immigration agents taking away children who are screaming and crying for their Mom. These traumatized peoples are being punished and re-traumatized for daring to seek asylum, a safe haven from the violence and chaos they were experiencing in their countries of origin.

The practice of ICE agents possibly breaking US and International Laws regarding immigrants requesting asylum as they cross the US/ Mexico border has been going on for about a year.

But now the president’s administration has upped the ante. As per the 5/7/18 Newsweek report, “President Donald Trump’s Department of Justice (DOJ) announced plans Monday to begin separating parents and children at the border, a change from a long-time immigration policy which, generally, allowed them to stay together while their cases are processed.

“If you are smuggling a child, then we will prosecute you and that child will be separated from you as required by law,” Attorney General Jeff Sessions said in a Monday (5/7/18) address at the Association of State Criminal Investigative Agencies’ 2018 spring conference. “If you don’t like that, then don’t smuggle children over our border.”

That means parents will likely face prosecution while their children remain in detention at a “separate refugee facility,” according to the Los Angeles Times.

See: Children Will Be Separated From Parents at Border If Crossing/ Newsweek /2018

See: Separating children and parents at the border is cruel and unnecessary/ LATimes/ 2018 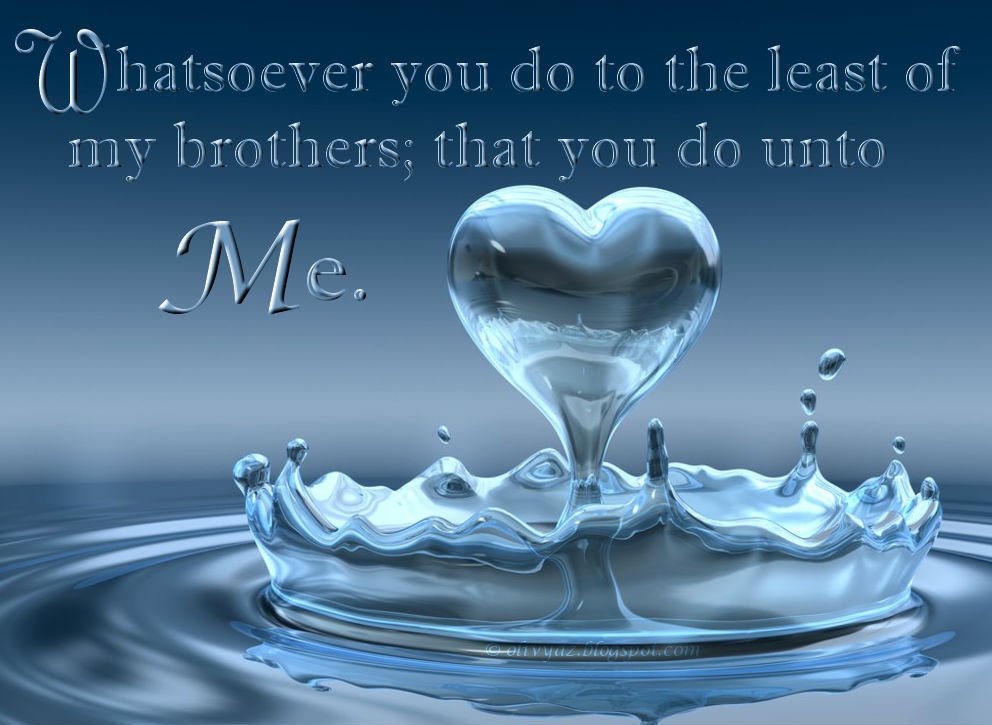 For those Evangelicals who proclaim their support of family values, you can never make this claim again without being totally discounted, if your members don’t stand up and hold the republican President Donald Trump accountable for this unnecessary cruelty.

It is that time again where “we the people” need to contact our US Congressional law-makers to end this DHS sanctioned program of separating the children from their parents. 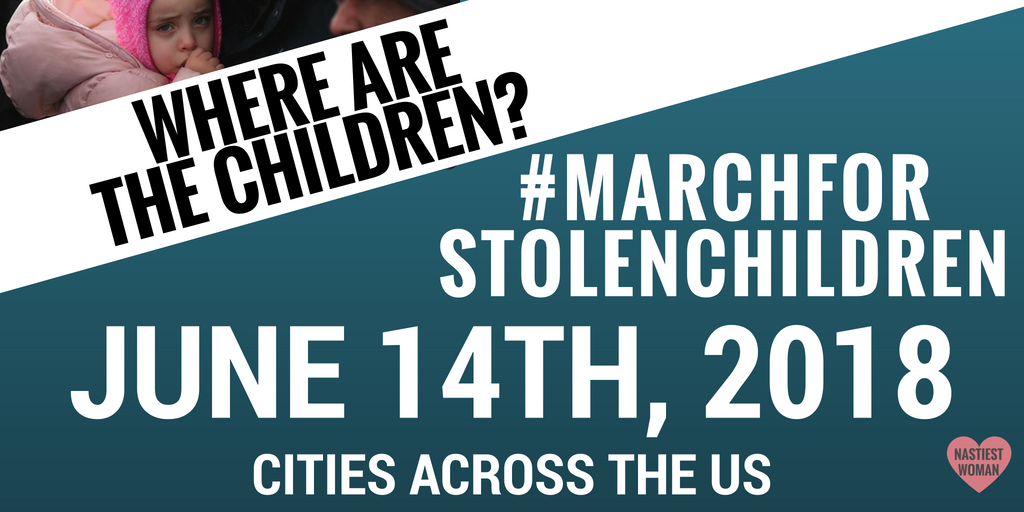 On May 26, 2018 Snopes published its fact checking report, rating the above assertion of close to 1,500 immigrant children system being lost by the US government as TRUE.

“On 26 April 2018, the NY Times and the Associated Press both reported that the U.S. government had lost track of nearly 1,500 migrant children it had placed into the homes of caregivers. The alarming nature of the headlines prompted many readers to question the veracity of the reports, but they are apparently true.”

“The Times and AP reports were based on statements made by Steven Wagner, acting assistant secretary of Administration for Children and Families for the Department of Health and Human Services (HHS) on 26 April 2018 at a Senate Homeland Security subcommittee oversight hearing, statements which can be viewed in full here. According to that transcript, Wagner told senators:”

“From October to December 2017, ORR [Office of Refugee Resettlement] attempted to reach 7,635 UAC [unaccompanied alien children] and their sponsors. Of this number, ORR reached and received agreement to participate in the safety and well-being call from approximately 86 percent of sponsors. From these calls, ORR learned that 6,075 UAC remained with their sponsors. Twenty-eight UAC had run away, five had been removed from the United States, and 52 had relocated to live with a non-sponsor. ORR was unable to determine with certainty the whereabouts of 1,475 UAC.” “We reached out to HHS and were told by a spokesman that when children cross into the U.S. alone, their custody is transferred from the Department of Homeland Security, which oversees immigration enforcement, to HHS’s Office of Refugee Resettlement (ORR). Children are then released to a sponsor in the U.S. who is selected and approved by ORR. These sponsors undergo background checks, and although the majority of such sponsors (85%) are parents or close family members, HHS told us, the remainder are typically distant relatives or persons not related to the children at all:”

“When a UAC is placed with a sponsor, he or she ceases to be in the custody of the U.S. government and all HHS-provided subsistence — food, shelter, clothing, healthcare and education — ends at that point and the child becomes the responsibility of his or her parent, guardian or sponsor.”

“Responses to questions about the whereabouts of children from whom the HHS had distanced themselves once those children were placed with sponsors drew backlash from lawmakers at the 26 April oversight hearing.”

“Senator Heidi Heitkamp, a Democrat from North Dakota, lambasted Wagner for failing to keep tabs on the unaccompanied children:”

“You are the worst foster parents in the world. You don’t even know where they are. And we’re failing. I don’t think there’s any doubt about it. And when we fail for kids, it makes me angry. Where are these kids? Why don’t we know where they are, and how come after months of investigation by this committee, we don’t seem to be getting any better answers, Mr. Wagner?”

“The outcry over the fact that the federal government had lost track of hundreds of vulnerable children was compounded by outrage over news that immigration authorities were making good on new Trump administration directives to prosecute parents caught making unauthorized border crossings with their children, and in so doing separate the kids from their parents. The NY Times noted in April 2018 that 700 children, over 100 of them younger than 4 years old, had been taken from their parents at the border since October 2017.”

“Social media users widely shared an Arizona Daily Star report describing the wrenching scene at a court hearing in which a distraught mother who had been separated from her sons, aged 8 and 11 years, was given no information on when they might be reunited:”

“Alma Jacinto covered her eyes with her hands as tears streamed down her cheeks.”

“The 36-year-old from Guatemala was led out of the federal courtroom without an answer to the question that brought her to tears: When would she see her boys again?”

“Jacinto wore a yellow bracelet on her left wrist, which defense lawyers said identifies parents who are arrested with their children and prosecuted in Operation Streamline, a fast-track program for illegal border crossers.”

“Moments earlier, her public defender asked the magistrate judge when Jacinto would be reunited with her sons, ages 8 and 11. There was no clear answer for Jacinto, who was sentenced to time served on an illegal-entry charge after crossing the border with her sons near Lukeville on May 14.”

“Immigration attorney Hassan Ahmad told us the Trump administration’s decision to take the new approach of criminally prosecuting parents for routine immigration violations and separate them from their children (especially in light of the fact that the government couldn’t track down hundreds of children already under their purview) opens the door to human trafficking: “This is the border. There are traffickers everywhere. It’s criminally reckless for the government to have this ill-conceived plan to separate kids from parents and then not know where these kids are.”

“Senator Heitkamp slammed both HHS and the new policy in a statement her office sent to us:”

“The more we learn about childhood trauma, the clearer it becomes that the negative consequences of trauma can reverberate for a lifetime. There’s nothing more traumatic for a child than being separated from their parents, so we have to approach this challenge in a compassionate and humanitarian way. There’s nothing compassionate about losing track of over 1,500 children – that’s negligence, and it’s an outrage. I will continue to push to hold HHS accountable for its failure to keep track of the children in its care, and ensure that proper procedures are in place to compassionately care for kids who are facing unimaginable stress and trauma.”

“HHS has failed to prove that they have the resources, processes, or frankly the desire to truly handle this situation.