aside Why Are Refugees Fleeing Central America to Seek Asylum In The USA?

It is important to know that most refugees seeking asylum at the US Southwestern border are mostly from three countries in Central America, steeped in violence which include, Honduras, Guatemala and El Salvador.

There are more Mexicans returning to Mexico than are crossing over to the US. The vast majority of these families coming from Central American countries are not criminals, MS-13 gang members, rapists and murderers.

There is a criminal background check of those attempting to gain entry into the USA, and of course, those peoples with a criminal record need to be denied entry.

But as per international law, it is legal for refugees to request asylum in the USA, when they are in fear for their lives if they are forced to return back to their countries of origin. They are not invading, infesting the USA as per the words of President Trump.

President Trump has ordered under his “zero tolerance” policy via his Attorney General Jeff Sessions’ April 6, 2018  memo that every refugee seeking asylum in between designated US points of entry to be arrested for a misdemeanor and detained. As the parents are detained, the children are forcibly separated from their families. Due to public outrage, President Trump ended this new procedure by an executive order on the 20th of June 2018. As per 6/21/18 NY Magazine article by Eric Levitz, this is what republicans argue:

“In defending its “zero tolerance” policy — which is to say, a policy of jailing asylum-seekers for the misdemeanor offense of crossing the U.S. border between official points of entry — the White House has implored its critics to consider the bigger picture: Such “illegal aliens” have already undermined the rule of law in our country, and brought drugs, violent crime, and MS-13 to our streets. Locking up their families might look cruel when viewed in isolation; but when understood in the broader context of a migrant crisis that threatens the safety and sovereignty of the American people, the policy is more than justified.”

As per the 6/23/18 Lawfare article by Stephanie Leutert, “while the current administration has tried to tie Central American migrants to MS-13, government data reveals that gang members crossing irregularly are the rare exceptions. Since the Trump administration took office, the Border Patrol has detected fewer gang members crossing irregularly than during the Obama administration. In FY2017, these detections amounted to 0.075 percent of the total number of migrants (228 MS-13 members out of 303,916 total migrants). When combined with MS-13’s rival, the Barrio 18 gang, the number rises only slightly to 0.095 percent. This is far from the “infestation” of violent gang members described by the president.”

As per 6/21/18 NY Magazine article by Eric Levitz, these are the facts which counter the republicans’ talking points:

“In reality, however, this narrative inverts the truth: Context does not excuse the cruelty of our government’s “zero tolerance” policy, it indicts that policy even further. The United States is not suffering a crisis that justifies radical measures; the Central American families gathered at our border are. And those families aren’t bringing crime and lawlessness to our country — if anything, we brought such conditions to theirs.”

“After all, it was the CIA that overthrew the democratically elected government of Guatemala in 1954, and thereby subjected its people to decades of dictatorship and civil war. It was the streets and prisons of California that gave birth to MS-13, and American immigration authorities that deported that gang back to El Salvador. And it is America’s taste for narcotics that sustains the drug trade in Honduras — and our war on drugs that ensures such trade is conducted by immensely profitable and violent cartels.”

“There is no easy answer to the Central American migrant crisis. But any remotely moral policy response will need to proceed from the recognition that we are not the victims of this crisis — and asylum-seekers are not its creators.”

Central American families are not a threat to the United States.
“It is very hard to make a reasoned case for why our nation’s current levels of undocumented immigration — or, of low-skilled immigration more broadly — represent major threats to the safety and material well-being of the American people.”

“We have long known that native-born Americans commit violent crimes at far higher rates than either legal or undocumented immigrants. And newer research into immigration and criminality has proven even more devastating to the nativists’ case: States with higher concentrations of undocumented immigrants tend to have lower rates of violent crime — and this correlation persists even when controlling for a given state’s median age, level of urbanization, and rate of unemployment or incarceration.”

Link to entire article:We Owe Central American Migrants Much More Than This – NYMag On June 23, 2018, Luis Gomez of the San Diego Union-Tribune penned the following report, “Why so many Central American migrants risk family separation, detention at U.S. border”

“A key question many have wondered: Why flee Central America and risk such a treacherous journey and arrival to the U.S.?”

“One answer: An insurmountable amount of violence.” 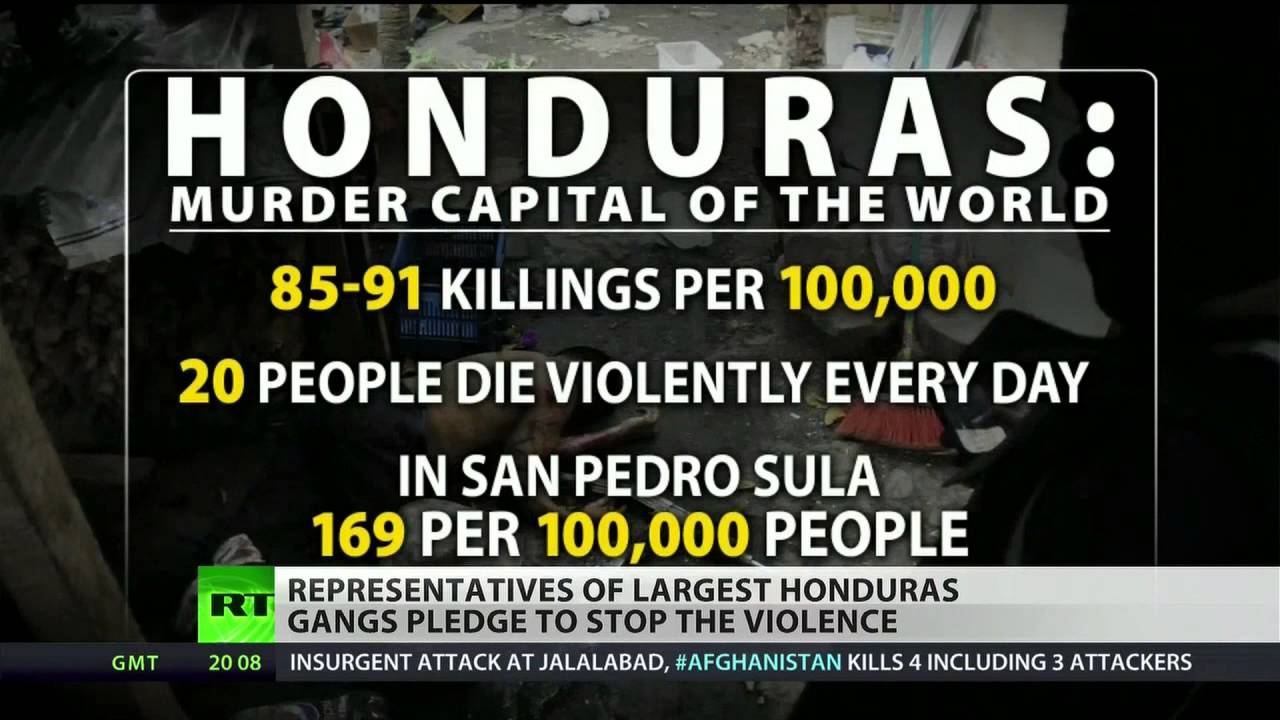 “Report after report has found that violent crime is forcing many people, especially families, to flee their home countries out of fear of being killed. And the vast majority are arriving from Honduras, El Salvador and Guatemala.”

“Here’s how the numbers tell a story behind the mass migration that’s leading many to end up in detentions or separated from their family at the U.S.-Mexico border:”

“Violent crime in countries like Honduras, El Salvador and Guatemala has escalated so much that murder rates in the region are among the highest in the world, according to a 2012 Council on Foreign Relations report.”

Just how violent are those countries?

How many of migrants are arriving in the U.S.?

“Immigrants who enter the U.S. illegally come from many parts of the world, but the latest data from the U.S. Customs and Border Protection show the majority come from those three countries. Family units made the lion share of those apprehended at the border, per the CBP.”

The chart below breaks down the numbers over the years.

Anecdotally, what do migrants say?

“Journalists covering the story on both sides of the border have heard from migrants themselves. Some have arrived unaware of the Trump administration’s “zero-tolerance” policy and others have said that the alternative is worse.”

“One woman named Carmen told El Pais that she and her family fled San Salvador to seek asylum in the U.S. after a gang member threatened to kill her if she did not stay with him. When asked whether the “zero-tolerance” policy would deter her, she said no.”

“If my children can stay there, I have hope that I will be able to see them again. In my country, the only thing that awaits me is death,” she said.”

“Another woman, Patricia de Jesus Flores, told NBC News she was weighing seeking entry into the U.S. despite risking being separated from her children. She, too, said she had no choice but to leave her home in Honduras.”

“If my country would be OK, I would be there happily with my child,” she said. “I would not try to cross.”

Along the U.S.-Mexico border, countless stories echo the same struggle.

Last weekend, Democrats and some Republicans decried President Donald Trump’s policy — which he amended Thursday to avoid family separations — that criminalized everyone entering the U.S. illegally, including those fearing violence and seeking asylum.

On Friday, Trump and the White House accused Democrats of exploiting the viral image of a crying toddler in an effort to push their political agenda. Trump called those stories “phony.”