aside US Supreme Court Justice Anthony M. Kennedy Has Announced His Resignation

For the Democrats, one of the worst possible developments just happened. The one swing vote on the Supreme Court is Justice Anthony Kennedy who has just publicly announced his retirement on this 27th day of June 2018. The republican party will be looking to replace this republican justice with a jurist, further to the right.

The Democrats had best put on their boxing gloves and fight any republican nomination, tooth and nail. If the democrats in the US Congress roll over or just go through the motions, they can kiss their cushy jobs, goodbye.

On June 27, 2018, Richard L. Hasen of Slate penned the following report, “Did Justice Anthony Kennedy Just Signal His Retirement?” (“The depressing defeatism of Kennedy’s work this term indicates his time on the court could be coming to an end.”)

“For Anthony Kennedy, America’s most powerful jurist, this term has brought unexpected and surprising expressions of powerlessness. After Tuesday’s ruling in the Trump travel ban case, it’s starting to feel like the end of his time on the court is near.”

“Rumors about Justice Kennedy’s retirement from the Supreme Court have circulated for well over a year, with the common one being that he was prepared to retire last year and some force—maybe norm-bashing President Donald Trump—stopped him. But something feels different this term.” 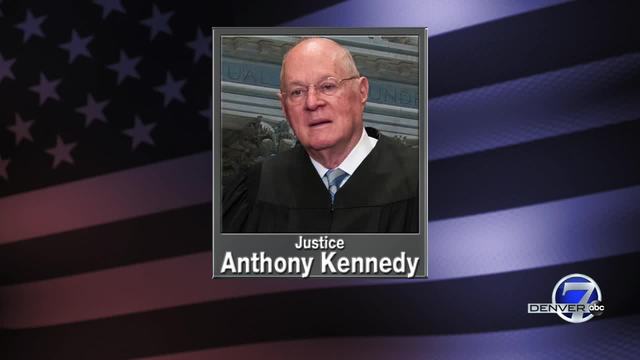 “First there were the punts in the partisan gerrymandering and cake-making cases. Let’s start with the redistricting case. For the last 14 years, Kennedy has called upon litigants to come up with some standard to help the court separate permissible from impermissible consideration of party in redistricting. The court this term granted two different partisan gerrymandering cases: one with a Republican gerrymander and one with a Democratic gerrymander; one involving state legislative districts and the other involving congressional districts; and one with an equal protection theory and the other with Kennedy’s favorite, a First Amendment theory.”

“At oral argument in both cases, Kennedy hammered home how unconstitutional it would be for a state to pass a law that says we will do everything we can to make sure our party gets the most seats through redistricting. The stars were lined up.”

“And yet when the time came to pull the trigger, Justice Hamlet just couldn’t. He joined a majority opinion that sidestepped the issue via a technicality, and pointedly did not join Justice Elena Kagan’s concurrence, which fleshed out the First Amendment theory Kennedy had been toying with for the last decade and a half. Had Kennedy joined Kagan’s opinion that would have meant five justices endorsing a First Amendment gerrymandering theory—and American politics would never be the same.”

“We saw Kennedy pull off a similar punt in Masterpiece Cakeshop, involving a clash between laws barring discrimination against LGBT people and the rights of religious liberties. Rather than continue his role as the Decider, Kennedy found some animus among the commissioners in Colorado who first resolved the case and sent the case back for further development. Another opportunity lost.”

“Then there was what Washington Post Supreme Court reporter Bob Barnes called the “punting after the punt.” The court could have set for argument a North Carolina case involving the most brazen partisan gerrymandering we’ve seen—the legislative leader of the state proudly proclaimed its partisan purpose, kind of like a precise Kennedy hypothetical in the earlier redistricting oral arguments. It could have also heard a follow-on case involving the anti-discrimination/religious liberties clash involving a florist in Washington state.”

“But it sent those cases back to the lower courts for further development. If Kennedy could not make up his mind on these issues after so many years of thinking about them, why would anything be different next term?”

“Finally, on Tuesday, Kennedy joined in the majority opinion by Chief Justice John Roberts upholding Trump’s third iteration of the travel ban. Writing only for himself, Kennedy issued a short concurrence. It included this key point:”

“There are numerous instances in which the statements and actions of Government officials are not subject to judicial scrutiny or intervention. That does not mean those officials are free to disregard the Constitution and the rights it proclaims and protects. The oath that all officials take to adhere to the Constitution is not confined to those spheres in which the Judiciary can correct or even comment upon what those officials say or do. Indeed, the very fact that an official may have broad discretion, discretion free from judicial scrutiny, makes it all the more imperative for him or her to adhere to the Constitution and to its meaning and its promise.”The statement was of course directed at Trump. It seemed to offer that even when courts (in Kennedy’s view) lack the power to rein in actions based on animus toward a disfavored minority, it would still be incumbent on the president to independently uphold the Constitution. The current president, of course, this week called for an end to due process reviews at the border. So it might be unwise to count on this particular president to do his part here.”

“And yet Kennedy’s statement seems to explain much more than that. It is a general statement of judicial powerlessness to solve social problems and an abdication of responsibility on the part of the courts to enforce key parts of the Constitution, in favor of a plea for self-restraint on the part of elected officials.”

“Now, there’s no way to know if Kennedy really believes the fairy tales that someone like Trump can be reined in to act without animus, or that politicians, when given the chance to engage in the most political partisan gerrymandering, will restrain themselves.”

“Coming from America’s most powerful jurist for the last decade, it is a depressing kind of defeatism.”

“In the past, of course, Kennedy has not shown that he felt much of a reason to restrain himself. He has not let public officials come to their own terms in regard to same-sex marriage when he could have allowed the issues to percolate through the states. He has not allowed Congress the chance to restrain itself from passing campaign finance reform measures, which Kennedy sees as raising serious First Amendment challenges. Even in Tuesday’s other opinion, involving “crisis pregnancy centers,” Justice Kennedy analogized the California Legislature, which had required disclosure of information from anti-abortion centers masquerading as abortion clinics, to “relentless authoritarian regimes” that attempt to “stifle free speech.”

“But on the key issues of the day, the feeling from Kennedy is that he’s done. It appears that this will be the first term since he’s become a swing justice where he did not side with the liberals in one significant 5–4 case. He’s returned to his conservative roots and has given up decisively bucking his own party. The separate concurrence in the travel ban case felt to me like a Kennedy mic drop. He’s done all that he can do to fix the problems in American society. Now it’s up to those in power, and those who put them there.”

“Coming from America’s most powerful jurist for the last decade, it is a depressing kind of defeatism. If he retires these final abdications will also prove to be blind to how the next justice has the great potential to undo much of Anthony Kennedy’s legacy.”