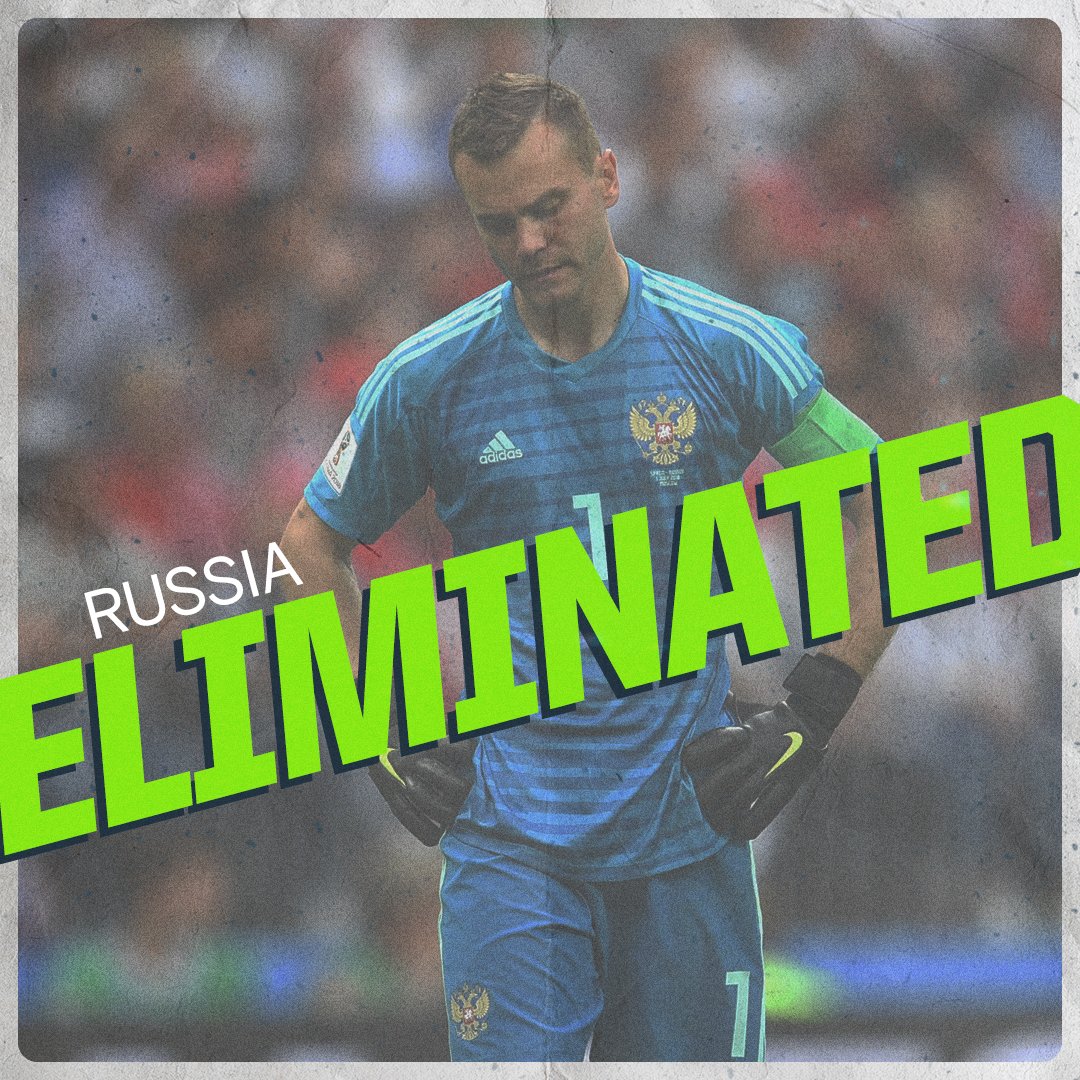 I’m no sports enthusiast but may I say that I’m thrilled that Russia lost in the 2018 World Cup’s soccer competition to Croatia on the 7th day of July 2018.

As per the 7/7/18 Independent  report,  “Croatia beat Russia on penalty kicks to reach the semi-final stage of the tournament for the first time since France 1998.”

“Domagoj Vida thought he had won the game with a header in the first-half of extra time, only for Mário Figueira Fernandes to take the game to penalties with a last-gasp equaliser.”

7th July 2018
What an end to the game, Croatia were cool throughout the penalties but now it’s official England vs Croatia in the World Cup semi-final on Wednesday (7/11/18). and France vs Belgium on Tuesday (7/10/18).

Russia and Croatia will meet in the World Cup’s fourth quarterfinal. Here are five things to know about the match and a prediction of how it will finish.

What do you need to know about the other quarterfinals? Check out my previews of Uruguay vs. France, Brazil vs. Belgium and Sweden Vs. England.

“At least in population terms. Russia has 142 million people spread out over the world’s largest country while Croatia has just 4.1 million, a shade fewer than Kentucky. Even with a population nearly 35 times smaller than their opponents, Croatia are not the smallest country left in the last eight. That is Uruguay, with 3.5 million.”

This could be Croatia’s best chance for a while

“Since being admitted to UEFA and FIFA after independence from Yugoslavia, Croatia have been a regular at major tournaments, qualifying for 10 of the past 12. Their best World Cup finish was third in 1998, when a spectacular ‘golden generation’ team beat Germany 3-0 in the quarter-finals and only lost in the semi-final to eventual winners France.”

“Even with a steady stream of talent coming through, this Croatia team appears blessed with a special blend. The midfield, in particular, has an enviable El Clásico combination of Real Madrid’s Luka Modric and Barcelona’s Ivan Rakitić. Alongside them is Inter Milan’s Ivan Perišić and upfront the warrior-like Mario Mandžukić. Other than Perišić (29) though, the trio are all the wrong side of 30 and may not see another World Cup. If they beat Russia, Sweden or England lie in wait. Croatia shouldn’t be scared of either and will see this as a great chance to better 1998.”

Artem Dzyuba is a handful

The 6 ft 5 in striker has been one of Russia’s most dangerous players but has not always been in favor. An outspoken character, Dzyuba was left out by the national team for a year after an alleged row with coach Stanislav Cherchesov and subsequent video mocking Cherchesov’s mustache.

Russia will be glad the 2 have patched things up. Dzyuba – who plays his club soccer in Russia – started the tournament with a goal against Saudi Arabia, 89 seconds after coming off the bench. He has scored two more since, including a crucial penalty against Spain. Dejan Lovren, Croatia’s strong but error-prone centre-back, will likely be tasked with marking Dzyuba.

Neither team will fear penalties

Both sides came through their Round of 16 matches via a penalty shootout so shouldn’t fear another. For Russia, Captain Igor Akinfeev saved two penalties in their shock win over Spain. Croatia keeper Danijel Subašić went one better – saving three as Croatia overcame Denmark.

Croatia captain Luka Modric might not be so keen though. The midfielder missed a penalty in the second half of extra time, firing weakly at Denmark goalkeeper Kasper Schmeichel. His successful shot in the shootout was only slightly more convincing. Modric is one of the best players in the tournament but his confidence from the spot may well be shaken.

Few thought Russia would get this far

The hosts are the lowest-ranked team in tournament (70th) and lack truly world-class players. I backed them to come through their group but, like most people, gave them no chance against 2010 champions Spain. Their surprise win wasn’t pretty but it took them to the quarter-finals for the first time as an independent Russia.

The Soviet Union reached the semi-finals back in 1966 and Russia have a great opportunity to at least match it. Croatia looked fantastic in the group stage – especially the 3-0 win over Argentina – but their performance against Denmark was poor. If Croatia don’t show up, Russia, backed by a vociferous home crowd, will punish them.

Russia have had a good run, but Croatia should have enough, provided they improve on their showing in the Round of 16 win over Denmark. I think Croatia will win, 1-0.

For analysis see the following references: