The mudslinging today on the 12th of July 2018 on the part of the GOP members in attendance at the joint committee hearing between the US House Oversight Committee and the House Judiciary Committee, towards the FBI agent Peter Strzok who had been exposed for having penned anti-Trump tweets, was off the charts. But Mr. Strzok had been removed from the FBI’s Trump-Russia probe around July 2017.

It started off with the House Judiciary Committee Chairman Bob Goodlatte (R-VA-06) ordering the FBI agent Peter Strzok, under the threat of a criminal contempt charge, to answer the committees’questions in full even if the questions pertained to the FBI’s Trump-Russia probe. Of course Mr. Strzok refused to answer any inquiry that would reveal information pertinent to the FBI’s investigation. Mr. Strzok kept attempting to explain that every one who works anywhere has political opinions but they leave these beliefs behind at the door of their place of employment. But he was frequently shouted and lectured at, throughout the interview.

After watching this fiasco, it is no wonder that the US Congress has a 19% favorability rating with the American public.

The GOP members on the committees were determined to establish in the minds of the president’s base that FBI agents were so biased to where they would create trumped-up charges against President Trump, so that whatever the FBI’s findings end up being revealed regarding its Trump-Russian probe wouldn’t be credible to the president’s supporters.

On July 12, 2018, Philip Bump of the Washington Post penned the following report, “Peter Strzok just gave a hard-to-rebut defense of the objectivity of the Russia investigation’s origins”

“To hear President Trump tell it, FBI agent Peter Strzok was hopelessly biased against him and his candidacy. Trump has tweeted criticisms of Strzok repeatedly, often in personally disparaging terms, and on at least two occasions has suggested that Strzok’s involvement in the investigation into Russian interference in the 2016 election had a specific goal: preventing him from becoming president.” 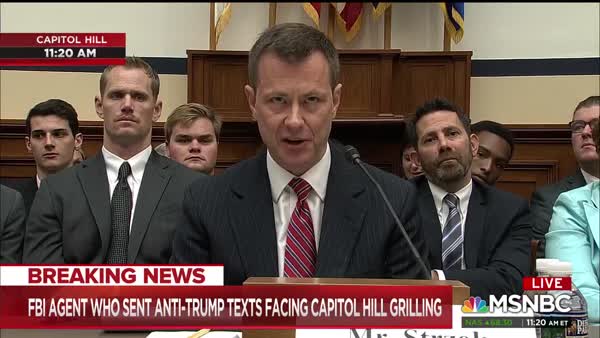 “Strzok was a central player in the dueling investigations during the 2016 campaign. He was involved in the initial investigation into former secretary of state Hillary Clinton’s use of a private email server and opened the investigation into possible connections between Trump’s campaign and the Russian effort to influence the election’s outcome. He was subsequently involved in special counsel Robert S. Mueller III’s continuation of that investigation until Mueller learned of texts Strzok sent to Lisa Page, another FBI employee with whom the agent was engaged in an extramarital relationship. Those texts included some disparaging Trump in stark terms, prompting Mueller to remove him from the effort last July.”

“Trump has highlighted those texts as evidence that the investigation into him is biased for months. The president retweeted a particularly significant one last month.” 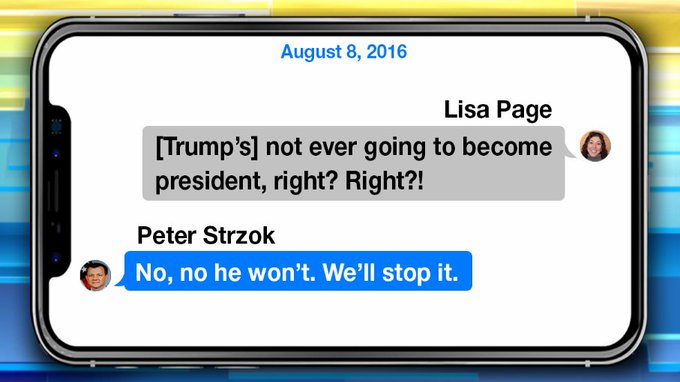 “Two weeks later, in another tweet, Trump quoted Fox News’s Andrew Napolitano, asking if there was “a conspiracy in the Obama Department of Justice and the FBI to prevent Donald Trump from becoming President of the U.S.” — a conspiracy with Strzok at its center.”

“If there was such a conspiracy, of course, it didn’t work. Trump is president and, before the election, there was barely a public whiff that any investigation even existed. If Strzok’s idea was to “stop” Trump from becoming president, it was a spectacular failure.”

“In a written statement offered before he testified before the House Oversight Committee on Thursday, Strzok pointedly noted that there was no effort on his part to keep Trump from winning the White House — and, further, that he was one of only a few people who could have potentially leaked details from the investigation in an effort to block Trump’s victory.”

“In the summer of 2016,” Strzok wrote, “I was one of a handful of people who knew the details of Russian election interference and its possible connections with members of the Trump campaign. This information had the potential to derail, and quite possibly, defeat Mr. Trump. But the thought of exposing that information never crossed my mind.”

“This is a nearly impossible point to rebut.”

“Before Election Day, there were rumblings that Russia was engaged in the campaign in nefarious ways and that Russian President Vladimir Putin sought to see Trump win. There were rumors — theories, really — that Trump was more than happy to have Russia’s help or even might be aiding that effort. In the closing days of the campaign though, the two most important stories about the Clinton and Trump investigations were ones that solely worked to the eventual winner’s advantage.”

“On Halloween 2016, the New York Times detailed what was known about the investigation into Russian interference (an effort addressed earlier that month in an unusual public statement from the government). The headline, though, summarized the good news for Trump’s effort: “Investigating Donald Trump, F.B.I. Sees No Clear Link to Russia.” 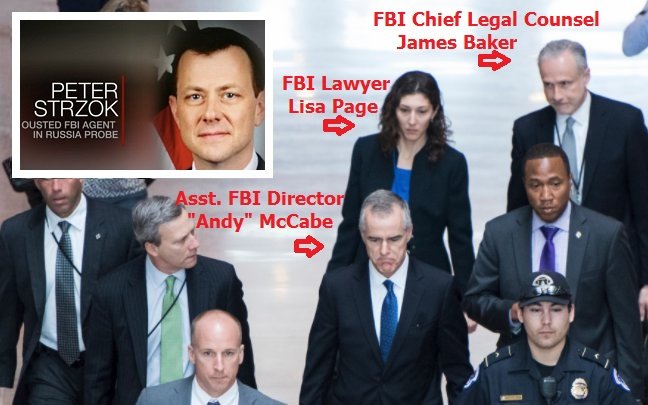 “None of the investigations so far have found any conclusive or direct link between Mr. Trump and the Russian government,” the article read. Since Trump was inaugurated, of course, we’ve learned much more about links between the campaign and Russia — involving even members of Trump’s family. The effect of the story, though, was to quash those rumors about Trump’s motivations.”

“The other important story seemed, at the time, much bigger. A few days before the article above, former FBI director James B. Comey revealed that the FBI was looking at emails involving Clinton found on former New York representative Anthony Weiner’s laptop. A few days later, Comey announced that his initial evaluation of Clinton’s behavior remained unchanged even with the new evidence — but the damage was done. The announcement is often cited as the difference-maker in the close election results.”

“An important detail: The initial draft of the letter Comey sent to Congress to inform them of the new emails was reportedly written by Strzok.”