It appears that the US Department of Justice’s officials have been becoming more aggressive in divulging enough information in order to educate the public as to its competency in its performance and to counter those critics who have been unfairly shaking the faith of the American peoples who need to rely in the integrity of their services and work products.

Pursuant to a Freedom of Information Act lawsuit (FOIA), the US Department of Justice (DOJ) took the unprecedented step to release a redacted copy of the FISA application seeking a warrant against the president’s former foreign policy advisor, Carter Page. The publication of the FISA applicant and warrant was done to put the lie to all the right wing conspiracy purveyors, to prove once and for all time, that their assertions that the warrant had been ordered under fraudulent circumstances, had no basis in fact. Those disseminating these lies were counting on being able to claim just about anything because they believed, incorrectly, that the FISA warrant in question could never be made public.

The publication makes the likes of the US House republican chairman of its Intelligence Committee Rep. Devin Nunes look like an absolute fool. He and others had been accusing the FISA Court and Justice Department of enabling the surveillance of the Mr. Page for political rather than national security reasons. 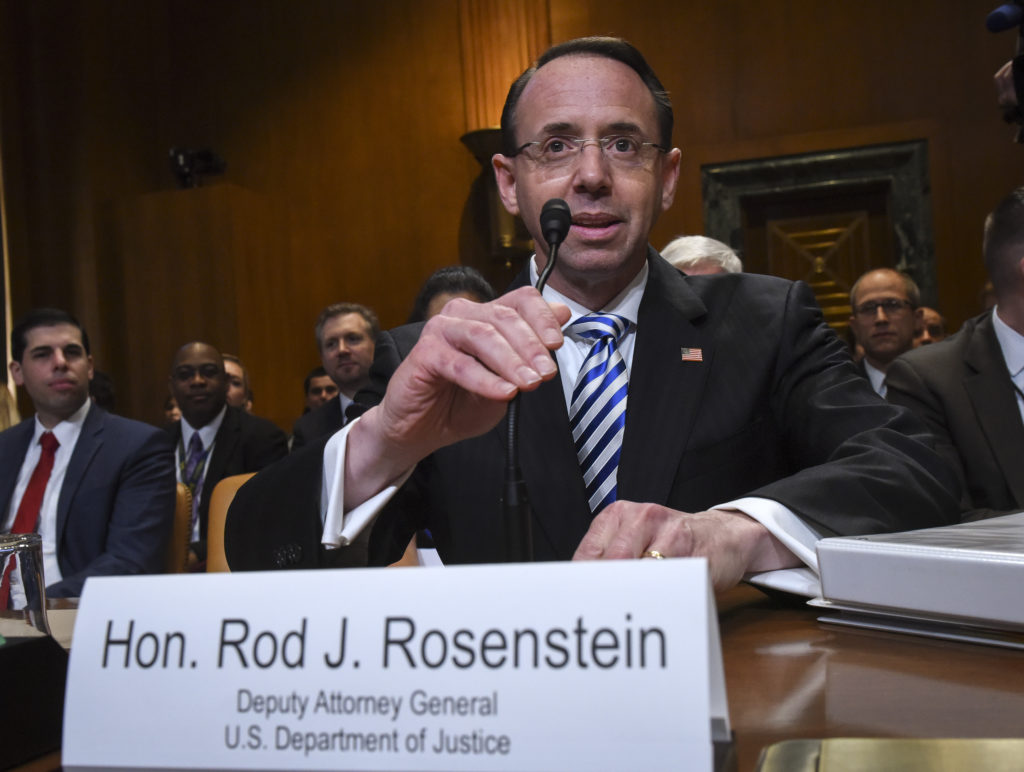 “The Trump administration disclosed on Saturday (7/22/18) a previously top-secret set of documents related to the wiretapping of Carter Page, the onetime Trump campaign adviser who was at the center of highly contentious accusations by Republicans on the House Intelligence Committee that the F.B.I. had abused its surveillance powers.”

“Democrats in February rejected the Republican claims that law enforcement officials had improperly obtained a warrant to monitor Mr. Page, accusing them of putting out misinformation to defend President Trump and sow doubts about the origin of the Russia investigation. But even as Republicans and Democrats issued dueling memos characterizing the materials underlying the surveillance of Mr. Page, the public had no access to the records.”

“On Saturday evening, those materials — an October 2016 application to the Foreign Intelligence Surveillance Court to wiretap Mr. Page, along with several renewal applications — were released to The New York Times and other news organizations that had filed Freedom of Information Act lawsuits to obtain them. Mr. Trump had declassified their existence earlier this year.” “This application targets Carter Page,” the document said. “The F.B.I. believes Page has been the subject of targeted recruitment by the Russian government.” A line was then redacted, and then it picked up with “undermine and influence the outcome of the 2016 U.S. presidential election in violation of U.S. criminal law. Mr. Page is a former foreign policy adviser to a candidate for U.S. president.”

“Mr. Page has denied being a Russian agent and has not been charged with a crime in the nearly two years since the initial wiretap application was filed. He did not immediately respond to a request for comment on Saturday.”

“The spectacle of the release was itself noteworthy, given that wiretapping under the Foreign Intelligence Surveillance Act, or FISA, is normally one of the government’s closest-guarded secrets. No such application materials had apparently become public in the 40 years since Congress enacted that law to regulate the interception of phone calls and other communications on domestic soil in search of spies and terrorists, as opposed to wiretapping for ordinary criminal investigations.”

“The documents made public on Saturday were heavily redacted in places, and some of the substance of the applications had already become public in February, via the  Republican and Democratic Intelligence Committee memos.”

“The fight over the surveillance of Mr. Page centered on the fact that the F.B.I., in making the case to judges that he might be a Russian agent, had used some claims drawn from a notorious Democratic-funded dossier compiled by Christopher Steele, a former British intelligence agent.”

“The application cited claims from the dossier that Mr. Page, while on a trip to Moscow in July 2016, had met with two senior Russian representatives and discussed matters like lifting sanctions imposed on Russia for its intervention in Ukraine and a purported file of compromising information about Mr. Trump that the Russian government had. (Mr. Page has denied those allegations, although he later contradicted his claims that he had not met any Russian government officials on that trip.)”

“Republicans portrayed the Steele dossier — which also contained salacious claims about Mr. Trump apparently not included in the wiretap application — as dubious, and blasted the F.B.I. for using material from it while not telling the court that the Democratic National Committee and the Hillary Clinton campaign had funded the research.”

“But Democrats noted that the application also contained evidence against Mr. Page unrelated to the dossier, and an unredacted portion of the application discussed efforts by Russian agents in 2013 to recruit Americans as assets. It has previously been reported that Mr. Page was one of their targets, although any discussion of Mr. Page’s interactions with them in the application is still censored.”

“Democrats argued in February that the F.B.I. had told the court that the research’s sponsor had the political motive of wanting to discredit Mr. Trump’s campaign. They argued that it was normal not to specifically name Americans and American organizations in such materials. The released documents show that portion of the filings, which the previously released Democratic memo had quoted.” 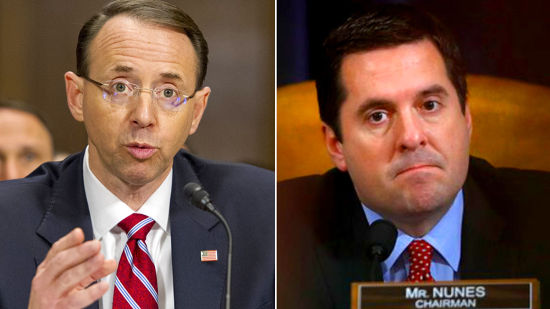 “The application shows that the F.B.I. told the court it believed that the person who hired Mr. Steele was looking for dirt to discredit Mr. Trump. But it added that based on Mr. Steele’s previous reporting history with the F.B.I., in which he had “provided reliable information,” the bureau believed his information cited in the application “to be credible.”

“The applications largely avoided using names; renewal materials noted that they would continue to refer to “Candidate #1” by that description, for example, even though he “is now the president.”

“The renewal applications from 2017 told the court in boldface print that the F.B.I. had severed its relationship with Mr. Steele because he had shared some of his claims with a news organization in October 2016, contrary to the F.B.I.’s “admonishment” to speak only to law enforcement officials about the matter. But they said the bureau continued to assess his prior reporting as “reliable.”

“The unredacted portions of the original application and the 3 renewal applications are otherwise largely identical, so it is not visible whether the F.B.I. told the court that it was gaining useful intelligence from the wiretap of Mr. Page as it asked for extensions. But the length of the applications grew significantly each time, indicating that new information was being added: They were 66 pages, 79 pages, 91 pages and 101 pages, respectively.” 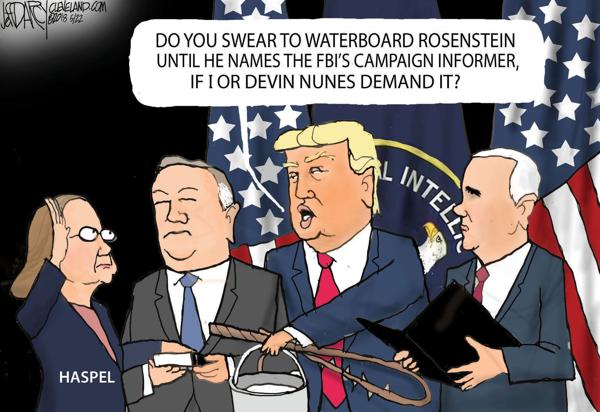 “As has been publicly known from the February congressional fight, the application also contained a description of a Yahoo News article from September 2016 that discussed the investigation into Mr. Page’s Russia ties. It is now known that Mr. Steele was a source for that article, but the application and renewals state that the F.B.I. did not believe he “directly” provided information to Yahoo News.”

“Republicans at the time claimed that the F.B.I. had misleadingly used the article as corroboration for Mr. Steele’s claims, while Democrats said that was false and that it was instead included to inform the court that Mr. Page had denied the allegations.”

“The section of the application that describes the Yahoo News article is titled “Page’s Denial of Cooperation With the Russian Government to Influence the 2016 U.S. Presidential Election.”