In 2016, Russia Hacked The US Elections’ Voting Infrastructure Systems In 39 States

The following described details demonstrate the numerous ways Russia attacked the US elections infrastructure in 2016. It is very likely that these same tactics by Russians will be utilized in the 2018 November elections.

“Scientia potentia est.” “Knowledge is power.” As Americans become more informed about how Russia plans to interfere in future US elections, they will be better prepared to get out the vote, to send a message: Dear Russia, you are wasting your time and monies. We have your number.

On October 31, 2017, Kurt Wagner of Recode penned the following report, “These are some of the tweets and Facebook ads Russia used to try and influence the 2016 presidential election’ (“What’s unknown: Whether or not they actually worked.”)

The three companies took questions from U.S. senators, many of whom seemed skeptical of the power and influence that companies like Facebook have over the U.S. electorate.

Included in some of the presentations and questions from members of Congress: The actual ads and posts that Russia used to try and stir up social unrest among voters.

Facebook has turned over some 3,000 ads from Russian sources to Congress, and Twitter found thousands of fake accounts that were later removed. Senators used some of the ads and posts from those fake accounts to hammer home their frustration with Facebook and Twitter on Tuesday. 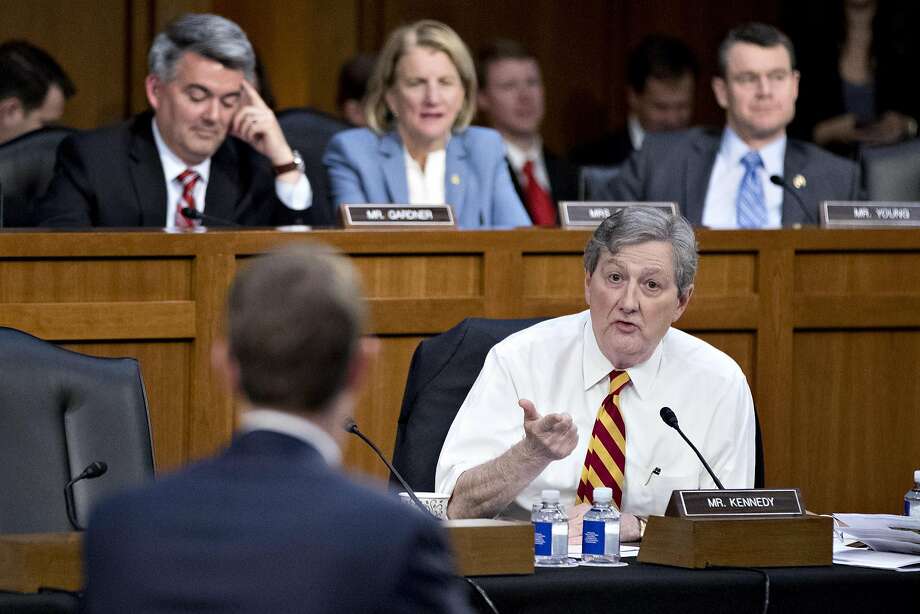 When asked if these kinds of posts had any influence, Facebook’s general counsel Colin Stretch balked. “We’re not well-positioned to judge why any one person or an entire electorate voted as it did,” he said.

Here’s the kind of content, presented by members of a Senate Judiciary Subcommittee, that Russia posted online before the 2016 election to try and sway voter opinion.

Sen. Chris Coons showed this Facebook ad first, an anti-Hillary Clinton ad from a group called “Heart of Texas” that ran in May of 2016. Coons claims the ad was targeted to users with a demonstrated interest in things like “patriotism” and “supporting veterans.” The ad was, in fact, paid for by Russian sources. (Other content from “Heart of Texas” has been published in other outlets.) The ad claimed Clinton has a “69 percent disapproval rate among all veterans” and suggested that the “American army should be withdrawn from Hillary’s control” if she was elected president.

This next example is actually a promoted Facebook event, which was targeted to users in Pennsylvania, according to Coons. The event, called “Miners for Trump,” was not real. “[Donald Trump] said he would put miners back to work,” the ad reads. Trump ended up winning Pennsylvania’s 20 electoral votes by less than 45,000 votes.

This isn’t an ad, but an example of how organic content from accounts with Russian-ties may have been spread. President Trump retweeted this Twitter account, @10_gop, which Sen. Pat Leahy says was a fake account run by Russians. Leahy says that Trump’s former campaign manager, Kellyanne Conway, and his son, Donald Trump Jr., also retweeted the account.

This tweet depicts a Photoshopped image of actor and comedian Aziz Ansari encouraging voters to submit their vote for president via Twitter, which is not a legitimate way to vote in a U.S. election. Sen. Richard Blumenthal called it “a deliberate misleading of people.” Twitter says it took down this tweet, “and all other tweets like it,” but could not say how many people may have tried to vote via Twitter.

This is a tweet that encourages voters to cast their ballot via text, which was yet another invalid way to vote. Sen. Amy Klobuchar, who co-wrote the Honest Ads Act aimed at increasing regulation for internet companies, presented the tweet on Tuesday as an example of attempted voter suppression, which is illegal under federal law. “Efforts like this are actually criminal,” she said. Twitter’s acting general counsel Sean Edgett said that this tweet, like the Aziz Ansari post, was also removed.” 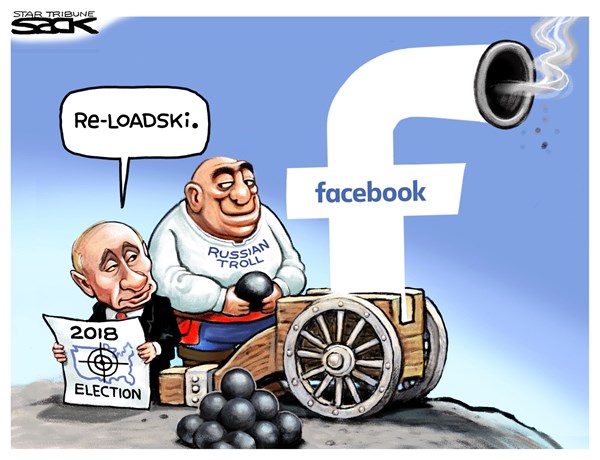 On June 13, 2017, Alex Ward of VOX penned the following report, “Russia hacked voting systems in 39 states before the 2016 presidential election” (“This goes way deeper than we first thought.”)

“Russia’s efforts to hack the 2016 presidential election were much more widespread than originally thought. The Russian campaign hit 39 states — twice as many as originally reported — and in one case hackers tried to delete and alter voter data.”g

That’s the startling revelation from a Bloomberg report this morning. The extent of the cyber intrusion was so widespread that Obama administration officials used the infamous “red phone” — which is really a digital communications channel that allows the countries to send information back and forth — to show Kremlin leaders what they had discovered. 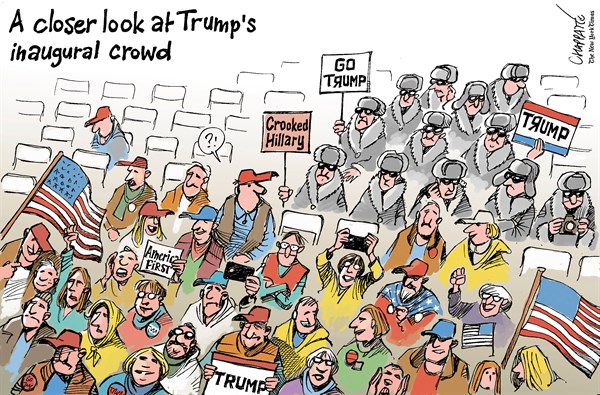 “Still, this is another example of Russia taking advantage of the many online vulnerabilities in America’s voting network, which is comprised of software companies, online registration sites, and vital information that election officials willingly send to each other over email.”

“All of them play an important part in obtaining and safeguarding sensitive voter information, but it appears the Russians have figured out how to get that data.”

“If you got 10 people working to try and figure out what the US election system is for 18 months, of course they’re going to figure it out,” said Beau Woods, a cybersecurity expert at the Atlantic Council, a Washington-based think tank.”

“So, despite assurances that the election’s integrity was not compromised, there was still a very large-scale Russian effort to mess with it. That means future elections, including ones next year (2018), run the risk of being tainted.” 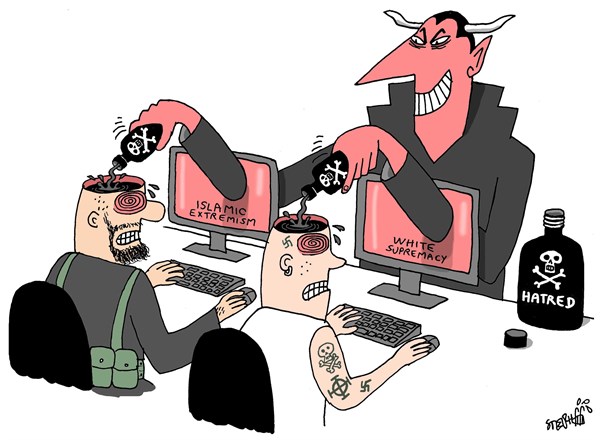 Russia hacked into the voting systems of 39 states

That data contained the personal information of around 15 million people, including names, birthdays, genders, and partial Social Security numbers. It was a huge coup for the Russians, as around half of those 15 million were active voters. Apparently, the cyber intruders aimed to delete or alter voter data they got a hold of.

But even if they did that, that still wouldn’t necessarily have affected the election. It’s the counties that upload voter information to the state, not vice versa. So even if all the rolls were deleted at the state level, there was a backup plan in place to restore all the names.

“Voter data wasn’t all the information the hackers were after, though. In a different, unidentified US state, the Russians were able to get information from a campaign finance database, which would give them insight into the financial connections between certain voters and candidates.”

“The intrusions scared these states so much that they ended up asking the Department of Homeland Security for special teams to help keep hackers out. Others hired private companies for the same mission.”

“Some inside the Obama administration wanted to go public with the information. But the White House decided against it, claiming it wasn’t worth risking people’s faith in the election’s integrity.”

“So, it seems despite efforts to stop Russia’s actions and sanctions related to Moscow’s meddling, it effectively got away with it. But because vital elections information is online for the taking, the Russians didn’t need to try too hard.”

“In effect, Russia didn’t need an “inside man” for this — Americans make this information obtainable for elite hackers by putting all of this critical information on the internet. That leaves the US very vulnerable to these kinds of attacks.”

“So while it’s unclear still if Russia’s hacking efforts actually influenced the outcome of the election, the fact that it is able to access such important information is already troublesome in itself.”

“And that bodes poorly for the 2018 elections and others beyond that, as their integrity becomes more and more suspect with each new revelation of the extent of Russia’s election-hacking campaign.”

“Surely Special Counsel Robert Mueller and the congressional investigations into Russia’s possible ties to the Trump campaign will look into all of this.”

“But in the meantime, collusion with Trump or not, we now know that Russia has struck deeper into the heart of America’s democracy: its elections.”

Link to entire article: Russia hacked voting systems in 39 states before the 2016 … – Vox