The following story makes it much more likely that in the future, parents will be nixing their sons participating in the game of football.

My son loved playing football but if I knew what I know now, I would have forbidden him from being on a team.

This is a horror story. One of Maryland’s football players Jordan McNair recently passed away from heatstroke while at a workout. There’s been reporting that his body temperature had reached 106 degrees. What’s been happening sounds like a Fraternity House’s hazing gone amok.

ESPN published an expose` on the 10th of July 2018 about how the coach and his staff have created a very toxic culture to where the death of a player was inevitable, foreseeable and preventable.

“Maryland announced Saturday (8/11/18) it is placing football coach DJ Durkin on leave as it investigates “allegations of inappropriate behavior” raised in a recent ESPN report.”

“Friday’s article alleges there is a toxic culture of intimidation and humiliation created by Durkin and members of his staff.” 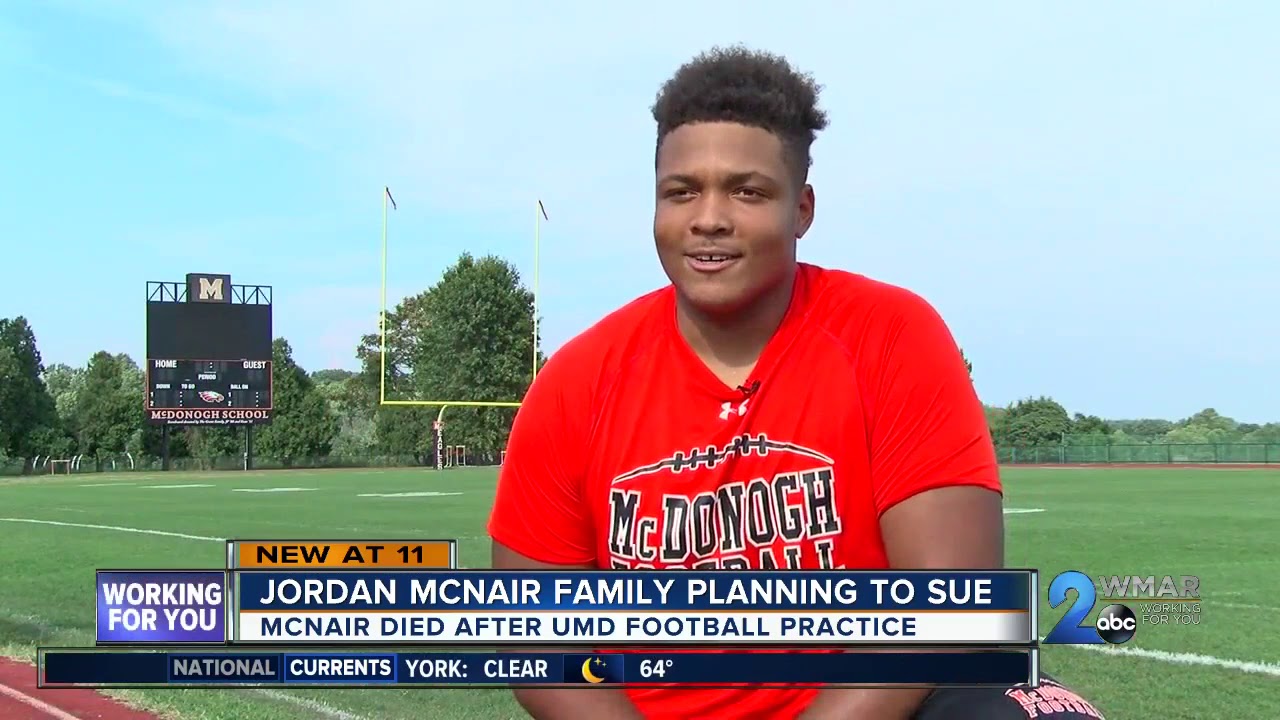 “Maryland’s football team was already under scrutiny after the death of offensive lineman Jordan McNair in June, two weeks after he collapsed at a workout. A foundation named after McNair said the cause of death was heatstroke.”

“Athletics director Damon Evans said Durkin will immediately go on leave, and assistant  Matt Canada will run the team while the investigation is under way.”

“He also said the school would release the results of the external review of McNair’s death when it is completed.”

“Friday (8/10/18), Maryland had placed other athletic staffers on administrative leave.”

“I am extremely concerned by the allegations of unacceptable behaviors by members of our football staff detailed in recent media reports. We are committed to fully investigating the program,” Evans said in a statement.”

“The safety and well-being of our student-athletes is our highest priority. These alleged behaviors are not consistent with the values I expect all of our staff to adhere to and we must do better.”

“If the investigation confirms these reports, then strong and permanent corrective actions should be taken immediately,” he said in a statement.”

“University of Maryland President Wallace Loh also issued a statement Saturday, writing: “I am profoundly disturbed by the media reports (Friday) about verbally abusive and intimidating conduct by Maryland football coaches and staff towards our student athletes on the team. “

“Such behaviors contravene the educational mission and core values of our University. They are unacceptable. They will not be tolerated.”

“Loh also added that “The University of Maryland is committed to a football program that is safe and humane, and where our student-athletes are successful in their academic and athletic endeavors. This commitment will be carried out with accountability, fairness, and transparency.”

“A unnamed former Maryland player told The Washington Post, “There was just constant degrading of players, and that was the culture they brought to the program, and they thought it would toughen us up.”

“He is the second Big Ten head coach in two weeks to be placed on leave. Ohio State’s Urban Meyer is out while the school investigations what he might have known about a former assistant’s alleged domestic violence.”