William H. McRaven, a retired Navy admiral, was commander of the U.S. Joint Special Operations Command from 2011 to 2014 who oversaw the 2011 Navy SEAL raid in Pakistan that killed al-Qaeda leader Osama bin Laden was the first to step forward to call out the republican President Donald Trump by letter on his unprecedented action of revoking the former CIA Director John O. Brennan.

This move by Admiral McRaven can’t be overstated regarding its import because his non-political voice within the military community, is revered. His words will create a major crack where the military has been a reliable voting bloc for the Republican Party.

Then 12 former highly esteemed intelligence officials joined up with Admiral McRaven’s condemnation by letter of the president’s most recent unprecedented outrage.

Besides the few republican lawmakers like Senator Bob Corker of Tennessee who is leaving the US Senate this year, the rest of the GOP have been examples of cowardice with their standard talking point response which goes something like this, “Mr. Brennan has gone too far in becoming a political voice against President Trump but this is not something that should be done. 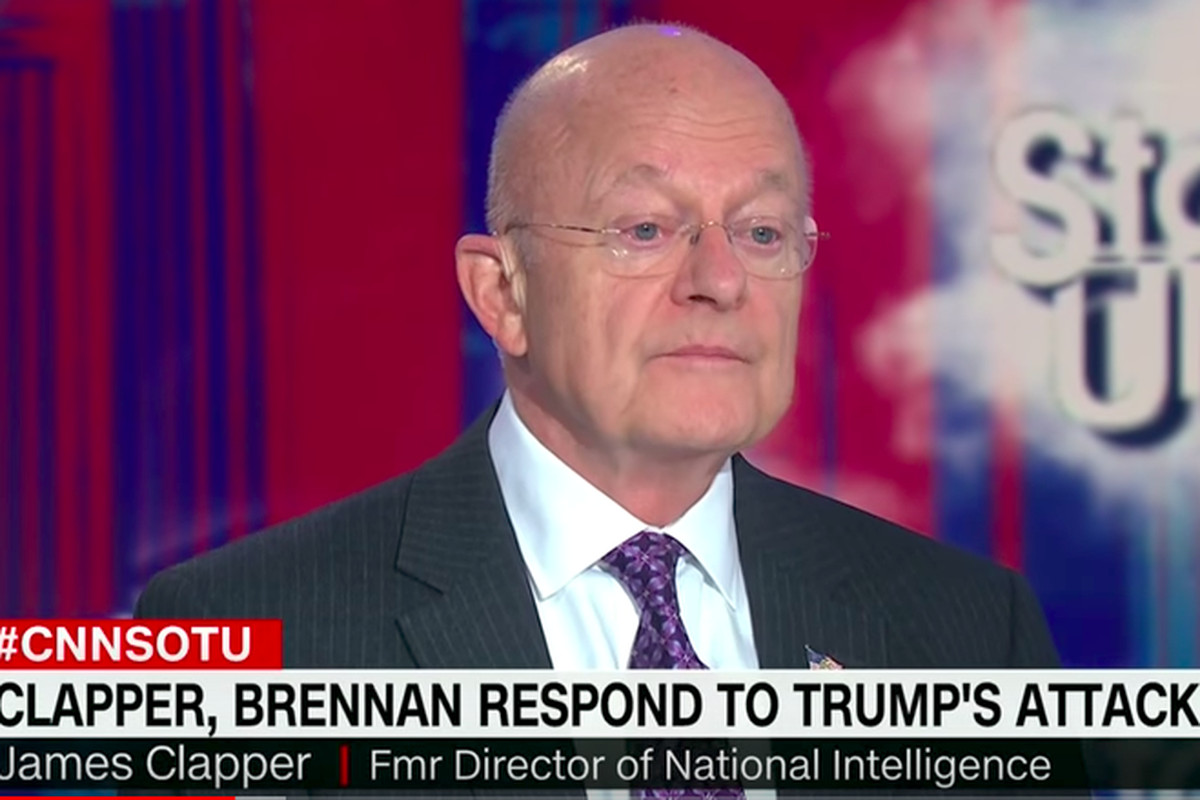 As per a 8/17/18 AP report by Susan Ferrechio, ” “It just feels like a banana republic kind of step,” Sen. Bob Corker, R-Tenn., a frequent Trump critic, told reporters. “I don’t like it at all. It feels really vindictive.”

“Other Senate Republicans praised the move and said Brennan is a likely source of leaks and other potential wrongdoing.”

I support it, “ Sen. James Risch, R-Idaho, who is a member of the Senate Intelligence Committee said.

Sen. John Kennedy, R-La., said Brennan, “has cheapened the status of our national security intelligence in this country.”

“Susan Collins, R-Maine, was among several GOP lawmakers who said the White House may have reasons to revoke Brennan’s status that they are not aware of.”

“I don’t see the grounds for revoking his security clearance but there may be information that I’m not aware of,” Collins said.”

“Collins said revolting the credentials is “unwise,” because those who have recently retired form the intelligence agencies “have a lot to contribute.”

“There’s a whole range of people that we rely on, including our formers who have those clearances to help us be better at what we do and know,” she said on the sidelines of a Defense Intelligence Agency conference in Omaha, Nebraska.”

It’s time for all of us who are part of “The Resistance” to contact these US senators who are now back in session to help them in making an attitude adjustment.

Former CIA director John Brennan, whose security clearance you revoked on Wednesday, is one of the finest public servants I have ever known. Few Americans have done more to protect this country than John. He is a man of unparalleled integrity, whose honesty and character have never been in question, except by those who don’t know him.

Therefore, I would consider it an honor if you would revoke my security clearance as well, so I can add my name to the list of men and women who have spoken up against your presidency.

Like most Americans, I had hoped that when you became president, you would rise to the occasion and become the leader this great nation needs.

A good leader tries to embody the best qualities of his or her organization. A good leader sets the example for others to follow. A good leader always puts the welfare of others before himself or herself.

Your leadership, however, has shown little of these qualities. Through your actions, you have embarrassed us in the eyes of our children, humiliated us on the world stage and, worst of all, divided us as a nation.

If you think for a moment that your McCarthy-era tactics will suppress the voices of criticism, you are sadly mistaken. The criticism will continue until you become the leader we prayed you would be. On August 17, 2018, Fred Kaplan of Slate penned the following report, “Spy Vs. President”

“Late on (8/16/18), 12 former CIA directors and deputy directors released a similar statement. By coincidence, the statement was written a few hours before McRaven’s op-ed appeared, according to two of the organizers.”

“The intelligence officials stopped short of asking Trump to revoke their clearances—that idea hadn’t come up in conversation. But like McRaven, they defended Brennan’s integrity and denounced Trump’s action as having “nothing to do with who should and should not hold security clearances—and everything to do with an attempt to stifle free speech.”

“The statement went on: “We have never before seen the approval or removal of security clearances used as a political tool, as was done in this case,” adding that “this action is quite clearly a signal to other former and current officials” to stay silent. It noted that some of the signatories agree with Brennan’s long string of critical statements about Trump, while others do not. However, they all agree that decisions on security clearances “should be based on national security concerns and not political views.”

“It was a bipartisan statement. Four of the signers served during Republican administrations; six served Democrats; two served presidents from both parties. More to the point, the vast majority of them are not accustomed to making political statements of any sort, much less direct criticisms of a sitting president.”

“Update, 12:10 a.m.: Just before midnight, a 13th ex-director, Robert Gates—another career CIA official who has served under several presidents of both parties—added his name to the statement.”

“One of the signers told me that some who signed the statement did so reluctantly, given the longstanding principle that intelligence and military officers should remain apolitical. However, the consensus was that Trump’s behavior has gone beyond the pale.”

“No one could recall any precedent for either of the two protests. Trump and White House spokeswoman Sarah Huckabee Sanders have denounced Brennan in vicious terms. Sanders has also, in the last month, threatened to revoke the security clearances held by Hayden and Clapper for critical remarks they have made about Trump. It will be interesting to see if she and Trump decide to go after well-known war heroes like Petraeus and McRaven.”