Here’s a good a case that I’ve seen argued for republicans who want a return to the Republican Party of Senators John McCain, Bob Dole, Alan Simpson and others, to vote for Democratic Party candidates across the board, in this upcoming November 2018 elections…

On September 4, 2018, Tom Nichols of the Naval War College and Harvard Extension School professor for the Washington Post penned of the following op-ed piece, “Want to save the GOP, Republicans? Vote for every Democrat on this year’s ballot. (“If the GOP is going to be a credible, center right party, Republicans have to treat the 2018 election as a parliamentary-style housecleaning.”)

“In the parliamentary systems of our allies, such as Canada or the United Kingdom, a vote for a candidate at any level is almost always a vote for a governing party and its leadership: The party that gains the most legislative seats gets to form a government and choose a prime minister.” “By contrast, one of the great virtues of the American system of separated powers is that voters, usually, can ignore party affiliation if they feel a candidate is worth their support. Our model forces the legislative and executive branches to seek separate mandates from the electorate. In our system, voters can separate the party from its leader. They can split their tickets regionally, nationally and by party. They can even vote for divided government, and choose to place the executive and legislative power in opposing hands.”

“For now, however, those days are over — at least for the Republican Party. Rather than acting like a national party, entrusted with separate but coequal branches of government, the GOP at every level and in every state has been captured by the personality cult that has congealed around President Trump, and it is now operating like a parliamentary party, utterly submissive to its erratic but powerful prime minister. Republican elected officials, from Congress to the state houses, have chosen to become little more than enablers for an out of control executive branch.”

“The only way to put a stop to this is to vote against the GOP in every race, at every level in 2018. It’s tough medicine. But as someone who’s voted Republican for nearly 40 years, who favors limited government and public integrity, and who believes America still needs a credible, responsible center-right party, I see no alternative.”

“Normally our system tolerates dissent, and such a choice wouldn’t be necessary. Voters could support politicians who would stand in opposition to their own leadership. In the 1970s, for example, President Jimmy Carter faced a rebellion among his own Democrats that led to an actual primary challenge on the left from Sen. Ted Kennedy. Carter faced none of the scandals plaguing Trump, but was seen as ineffective both domestically and abroad, and many Democrats soon had buyer’s remorse over the leader they’d chosen in 1976. In 1980, a voter could still be a Democrat and oppose Carter, because Carter did not rule the party.”

“Likewise, as Watergate intensified, Republicans who abandoned President Richard Nixon didn’t have to abandon their party. Though they initially resisted, it was eventually the party itself that told Nixon it was time to go: In the end, legislators like Sen. Barry Goldwater (R-Ariz.), the 1964 GOP presidential nominee, and Rep. John Rhodes (R-Ariz.), then the House minority leader, were among those who told Nixon to resign or face impeachment and removal from office. A GOP voter in 1972 or in 1974, after Nixon’s departure, could reject Nixon’s political legacy while voting for other Republicans who felt the same way.”

That option doesn’t exist for Republicans today, because the GOP, nearly from top to bottom, is in thrall to Trump, and resists any deviation from this obsessive identification. Look no further than Sen. Lindsey Graham (R-S.C.) who, in 2016, called Trump a “kook,” who was “unfit for office” and said he didn’t vote for Trump because he “couldn’t go where Trump was taking the party.” Recently, though, he’s become one of Trump’s golf buddies, has said the president is “growing into the job” and is now running interference for him: Last year, Graham said there would be “holy hell to pay” if Trump fired Attorney General Jeff Sessions. Last week, Graham gave Trump a green light to get rid of Sessions after Election Day. In July, via Twitter, Graham scolded Trump for his failure, to “hold Russia accountable for 2016 meddling” when asked about it during the president’s news conference with Russia’s President Vladimir Putin, but then quickly demurred, “Meddling and collusion are not the same thing.”

“Last week, Rep. Martha McSally (R-Ariz.) won her state’s GOP Senate primary with 263,734 votes to hold off Trump-supporting former state senator Kelli Ward and Trump-pardoned former county sheriff Joe Arpaio. But her challengers won 235,070 votes between them, and McSally, once seen as a never-Trumper, ended up hugging tighter to Trump to pull out the win.”

“In Florida, the Republican gubernatorial nominee has sought and received Trump’s blessing, and has already begun to emulate Trump’s race-baiting, asking voters not to “monkey this up,” by voting for his general election opponent, Tallahassee’s African American mayor, Andrew Gillum.” 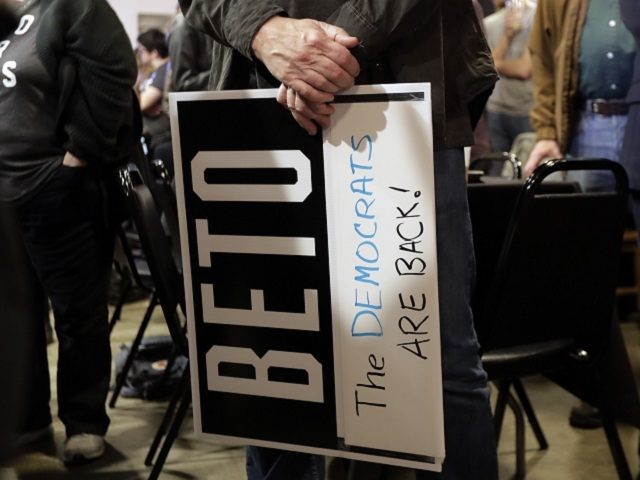 “In Connecticut — home of GOP moderates like former congressman Chris Shays and former senator and governor Lowell Weicker Jr. — former Trumbull town councilor Michael J. London quit the party, writing in a Hartford Courant op-ed that he’s “had it with the state and federal branches of the Republican Party that tolerated the president’s behavior. None of our GOP candidates for governor denounced Trump. None of the leaders of Connecticut’s GOP will speak out.”

“This lock-step adherence to a party leader is why it’s now illogical to say: “I’m not a Trump supporter, but I’ll still vote Republican.” Every seat Republicans keep in 2018 will be a signal to the national party, and to GOP leaders in Congress, that they should continue supporting Trump, no matter how outrageous his antics, and no matter how much they privately disagree. Every vote for any GOP candidate will be a signal from the rank and file that elected Republican officials should remain supine while Trump takes a hatchet to the American political system.” 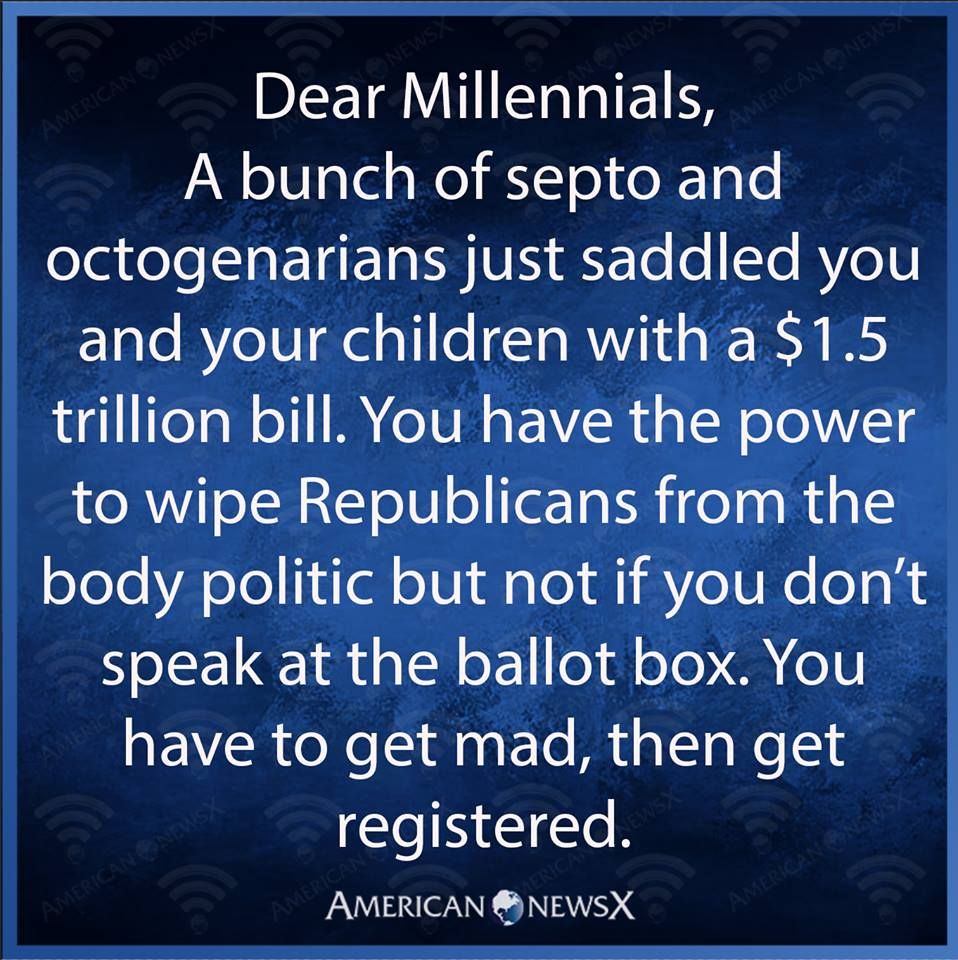 “By definition, a vote for any Republican candidate in 2018 is a vote for family separation, tax cuts without corresponding budget cuts, daily insult theatrics in the Oval Office and porn-star payoffs. It’s a vote to ignore Russian corruption of our elections. It’s also a vote, no matter where in the country it’s cast, for a Trump-compliant successor to Speaker Paul Ryan, who’ll preside over the continuing farce in which Trumpists like Rep. Devin Nunes (R-Calif.) remain as chairman of the House Intelligence Committee, ready and willing to put party over country.”

“There are Republicans who’ll try to split the difference here, and say they’re still voting for Republicans only to maintain policies they like. But, this year, that is little more than a convenient dodge. Trump’s words and deeds — you can’t really call them “policies” — aren’t conservative. They’re statist, anti-law enforcement, anti-national security and run counter to American ideals.”

“Conservatives who insist on voting Republican this year are, in effect, arguing that Democrats are worse than a president who has prostrated himself to Putin, started trade wars with our allies, cruelly separated families at the border, failed to deliver adequate aid to Americans in Puerto Rico and who has, as retired admiral Bill McRaven recently wrote for The Post, “embarrassed us in the eyes of our children.” They expect other conservatives to look away from all this in exchange for packing as many conservatives onto the federal bench as they can before the Trump administration implodes.”

Link to entire opinion piece: Want to save the GOP, Republicans? Vote for every Democrat on this year’s ballot…