This is the letter, posted on Facebook, from a woman who knew Kavanaugh, Judge and Blasey Ford and claims that the attack did happen, that “many of us heard about it in school,” and that it was talked about for days afterward. The FBI should interview her and others.

It is my opinion that Judge Brett Kavanaugh lacks the ethical standards that should be required for a US Supreme Court justice. There are three cases which he has been involved that stand out for me to prove his lack of ethical standards. 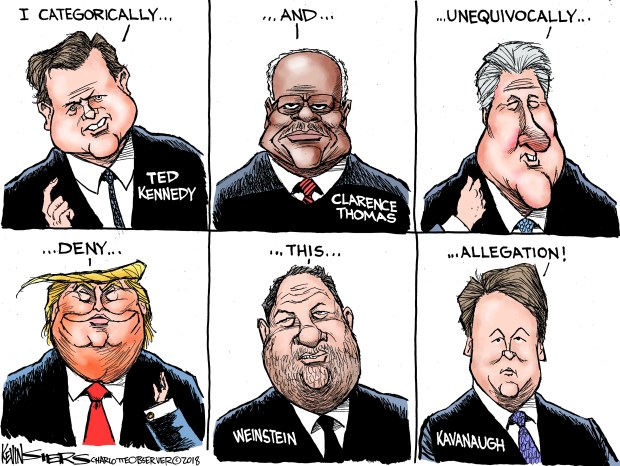 There are 2 instances in his past which I have previously blogged about, but there is a third incident which also meets my test of a smoking gun, regarding my assertions about his being ethically challenged.

One involves him being misleading when answering Senator Patrick Leahy’s questions regarding his receipt of spying emails which he claimed no knowledge despite there being is proof that he did indeed have possession of them. His denials regarding these set of circumstances stretches one’s incredulity to a point where he is not believable.

See: Did Brett Kavanaugh Know About Alex Kozinski? | Above the Law 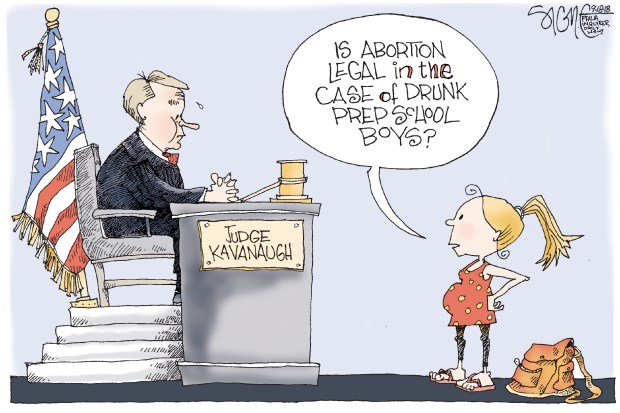 The third story is about how Judge Kavanaugh did his best to revive the Vince Foster conspiracy theory about his being murdered by the Clinton cartel versus what had been determined to have occurred, after 2 extensive investigations, that Mr. Foster had sadly, committed suicide. This caused the Foster family a lot of additional pain and heartache. He claimed that he wanted to disprove these theories which had already been debunked. These behaviors and actions could be done only by someone who is ethically challenged.

This last example alone should disqualify Judge Kavanaugh from further consideration to be a US Supreme Court justice, as he cannot claim to be a fair arbiter of truth.

“Princeton Professor of History Sean Wilentz recently had the opportunity to look over many of Kavanaugh’s papers which are currently housed in the National Archives. Wilentz was moved to dig into those records after the publication of a memoir by Kenneth Starr–Kavanaugh’s one-time supervisor during the independent counsel investigation into Bill Clinton.”

“During his research, Wilentz discovered that Kavanaugh prompted his then-boss to reopen the long-since discredited investigation into the alleged murder of former White House counsel “Vince Foster. Two previous, Republican-led investigations had thoroughly looked into the matter and came to same conclusion; Foster, plagued by a lifetime of clinical depression, had tragically committed suicide.”

“According to Kavanaugh’s own papers, however, the Supreme Court nominee was quickly and personally of the opinion that nothing untoward had occurred between Foster and the Clintons–but he pursued and promoted the idea anyway. Indeed, Kavanaugh’s Office of the Independent Counsel files contain links to six massive (3-500 page-plus) document folders related to the Foster investigation alone.”

“One focus of this umpteenth investigation centered around a specific and licentious conspiracy theory that Hillary Clinton and Vince Foster had previously engaged–or at the time of Foster’s death were engaged–in a secret, sexual relationship. In a conversation with Law&Crime, Professor Wilentz noted:”

“[Kavanaugh] seems to have been in charge of it. Obviously, there were others involved. He was not the only one by any means. But the very fact that he was most interested in getting the Foster case reopened speaks to his bending over backwards to investigate nutty right-wing conspiracy theories. He was the man.”

“Professor Wilentz continued, “There were any number of whacko conspiracy theories out there and just look at who was pushing them–those were the people who proposed reopening the case. So, yes, Kavanaugh promoted the rumors, because by investigating them, he gave the hard right official license to continuing smearing the Clintons for three more years.”

On September 19, 2018, Lara Takenaga of The New York Times penned the following analysis, ‘Who Has the Greater Incentive to Lie?’: Defenders of Kavanaugh and His Accuser Square Off’ ‘

“In the days since Christine Blasey Ford, a research psychologist in Northern California, came forward as the woman who divulged the accusations in a secretive letter, Republican and Democratic senators have become even more sharply divided over Judge Kavanaugh’s nomination.”

“Readers have weighed in about the allegations in thousands of comments on our news articles. Here are some of their responses, which have been lightly edited and condensed. “

‘Who has the greater incentive to lie?’

“Who has the greater incentive to lie: Dr. Blasey or Judge Kavanaugh? Obviously he does. He wants to be on the Supreme Court. His accuser has no incentive to lie, and in fact, she would have been better off personally if she kept quiet. The right-wing idea that she “just wanted the attention” is ludicrous when all the attention is bad and Dr. Blasey has no reason to be such a desperate character.”

Link to entire report: ‘Who Has the Greater Incentive to Lie?