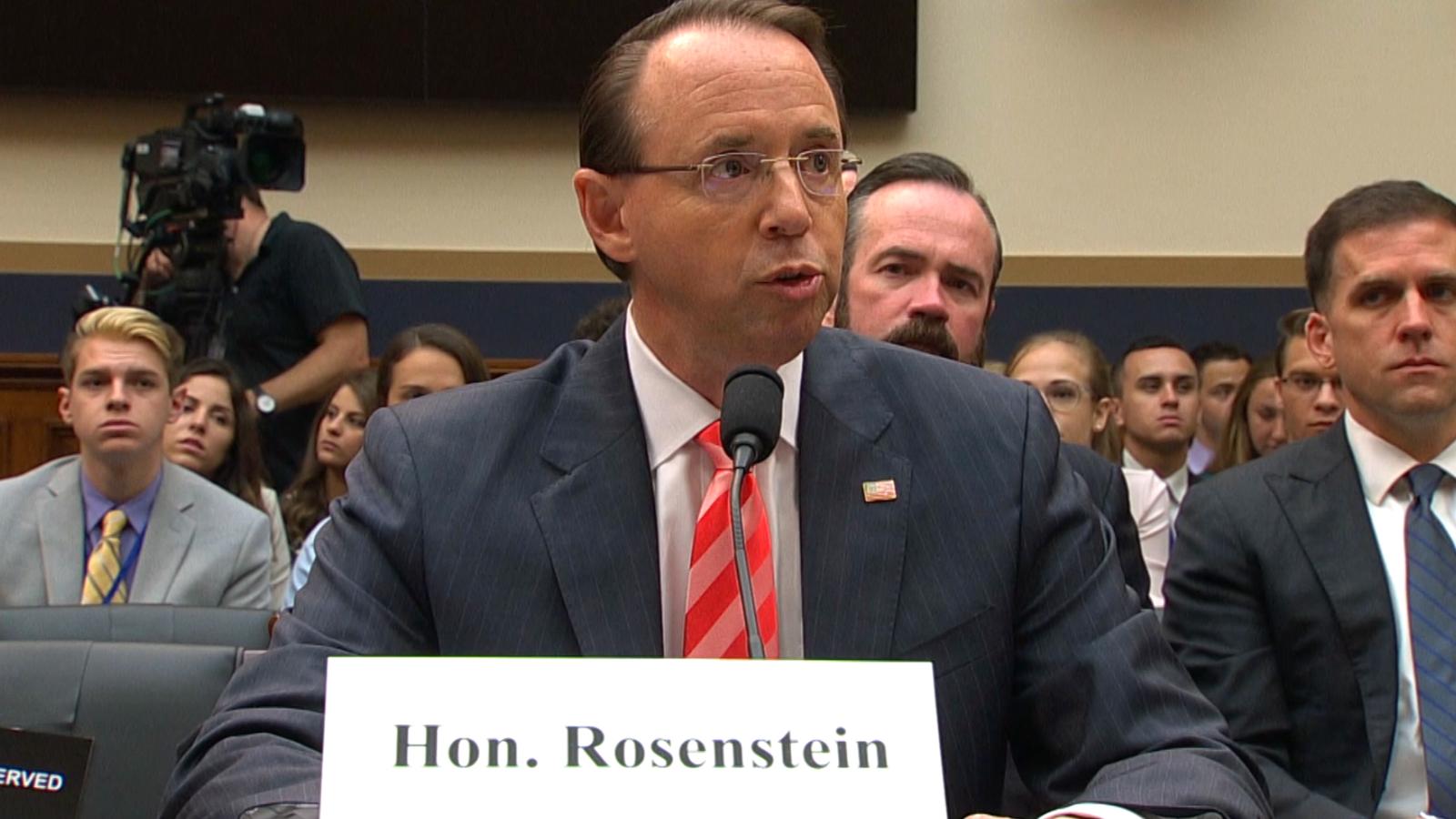 Hold on to this roller coaster of changing news accounts. As per the latest from the 9/24/18 Washington Post reporting, “Deputy Attorney General Rod J. Rosenstein will stay in the job for now, but will meet with the president on Thursday (9/27/18), White House officials said Monday, after officials described a series of private discussions that pointed to his resignation or firing.”

“At the request of Deputy Attorney General Rod Rosenstein, he and President Trump had an extended conversation to discuss the recent news stories,” said White House spokeswoman Sarah Huckabee Sanders. “Because the President is at the United Nations General Assembly and has a full schedule with leaders from around the world, they will meet on Thursday when the President returns to Washington, D.C.”

“The announcement capped a tense few hours after officials said Rosenstein had told White House officials over the weekend that he was willing to resign in the wake of revelations that he once suggested secretly recording President Trump.”

Link to entire report: Rod Rosenstein to stay in job for now

On the 24th of September 2018, it was Jonathan Swan of Axios who in the morning broke the story of the (DOJ) US Department of Justice’s Deputy Attorney General Rod Rosenstein plans to resign in the near future . He is the one who is responsible for overseeing the FBI’s Trump Russia probe being led by the Special Counsel Robert Mueller III.

Deputy Attorney General Rod Rosenstein, the official in charge of Special Counsel Robert Mueller’s Russia investigation, has verbally resigned to White House Chief of Staff John Kelly, according to one person familiar with the matter.

“The move comes after reports that Rosenstein suggested to colleagues last year that he would secretly record conversations with President Donald Trump.”

“Rosenstein was heading to the White House late Monday morning amid media reports that he is expecting to be fired.”

“A person who was present at the meeting last year said he was joking, but the New York Times, which first reported the incident on Friday, cited secondhand accounts indicating Rosenstein was serious about the proposal. The Times said Rosenstein also discussed identifying cabinet members willing to invoke the 25th Amendment, which provides for the removal of a president who’s unfit for office.”

“The departure of Rosenstein — who named Mueller to be special counsel in May 2017 — has enormous implications for the investigation and for the president.”

“The Senate must step up to protect the Special Counsel immediately,” she said in a tweet. “We must pass the bipartisan bill to protect the Mueller investigation. The American people deserve answers about Russian interference in our democracy.”