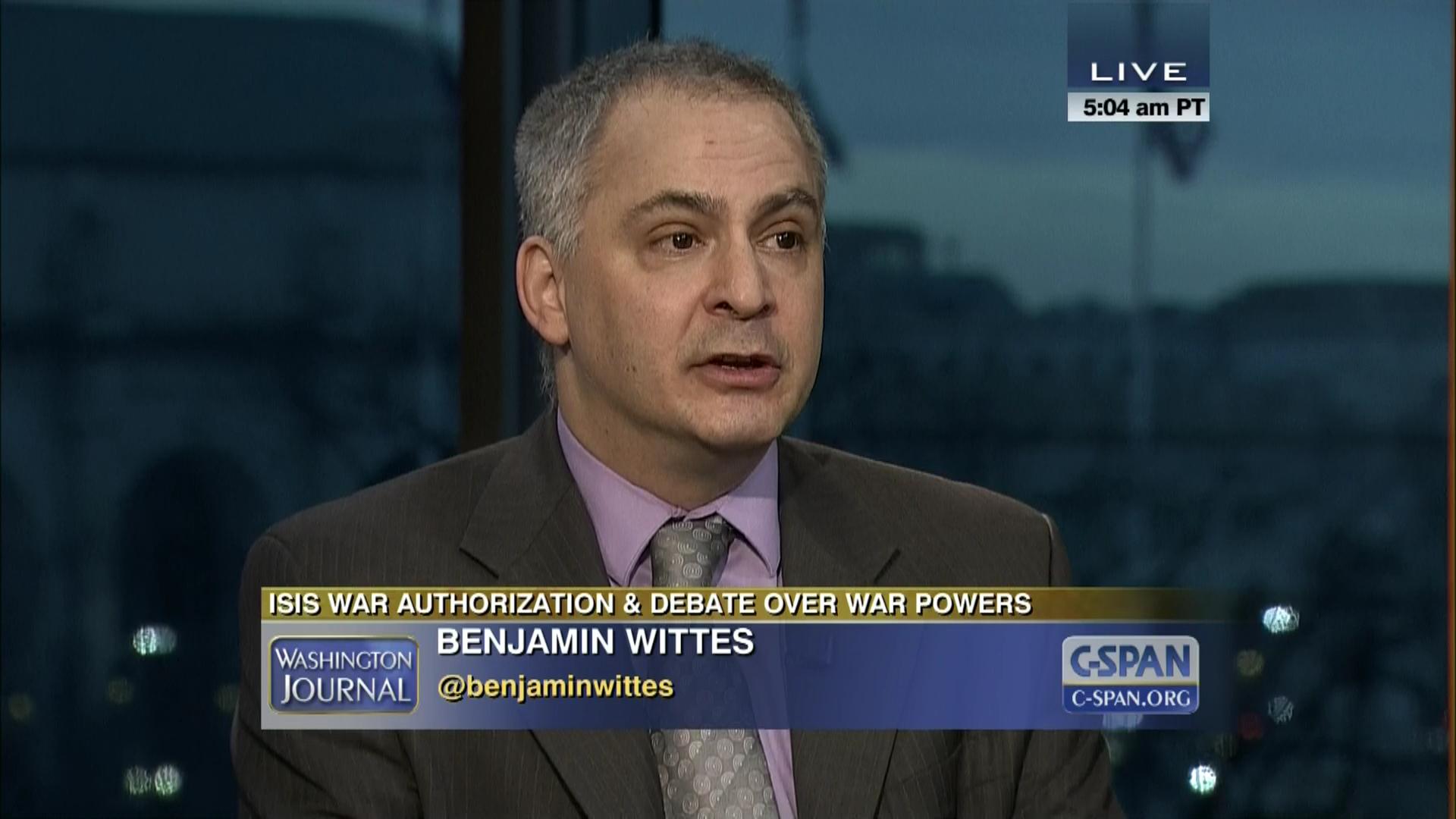 This is another must read analysis regarding why Judge Brett Kavanaugh should not be confirmed by the US Senate Judiciary Committee to become the next US Supreme Court justice by the editor of the Lawfare blog and a senior fellow at the Brookings Institute, Benjamin Wittes.

On October 2, 2018, Benjamin Wittes for the Atlantic penned the following analysis, “I Know Brett Kavanaugh, but I Wouldn’t Confirm Him” (“This is an article I never imagined myself writing, that I never wanted to write, that I wish I could not write.”)

“If I were a senator, I would not vote to confirm Brett Kavanaugh.”

“These are words I write with no pleasure, but with deep sadness. Unlike many people who will read them with glee—as validating preexisting political, philosophical, or juris-prudential opposition to Kavanaugh’s nomination—I have no hostility to or particular fear of conservative jurisprudence. I have a long relationship with Kavanaugh, and I have always liked him. I have admired his career on the D.C. Circuit. I have spoken warmly of him. I have published him. I have vouched publicly for his character—more than once—and taken a fair bit of heat for doing so. I have also spent a substantial portion of my adult life defending the proposition that judicial nominees are entitled to a measure of decency from the Senate and that there should be norms of civility within a process that showed Kavanaugh none even before the current allegations arose.”

This is an article I never imagined myself writing, that I never wanted to write, that I wish I could not write.

“I am also keenly aware that rejecting Kavanaugh on the record currently before the Senate will set a dangerous precedent. The allegations against him remain unproven. They arose publicly late in the process and, by their nature, are not amenable to decisive factual rebuttal. It is a real possibility that Kavanaugh is telling the truth and that he has had his life turned upside down over a falsehood. Even assuming that Christine Blasey Ford’s allegations are entirely accurate, rejecting him on the current record could incentivize not merely other sexual-assault victims to come forward—which would be a salutary thing—but also other late-stage allegations of a non-falsifiable nature by people who are not acting in good faith. We are on a dangerous road, and the judicial confirmation wars are going to get a lot worse for our traveling down it.”

“Despite all of that, if I were a senator, I would vote against Kavanaugh’s confirmation. I would do it both because of Ford’s testimony and because of Kavanaugh’s. For reasons I will describe, I find her account more believable than his. I would also do it because whatever the truth of what happened in the summer of 1982, Thursday’s hearing left Kavanaugh nonviable as a justice.”

“A few days before the hearing, I detailed on this site the advice I would give to Kavanaugh if he asked me. He should, I argued, withdraw from consideration for elevation unless able to defend himself to a high degree of factual certainty without attacking Ford. He should remain a nominee, I argued, only if his defense would be sufficiently convincing that it would meet what we might term the “no asterisks” standard—that is, that it would plausibly convince even people who vociferously disagree with his jurisprudential views that he could serve credibly as a justice. His defense needed to make it possible for a reasonable pro-choice woman to find it a legitimate and acceptable prospect, if not an attractive or appealing one, that he might sit on a case reconsidering Roe v. Wade.”

“Kavanaugh, needless to say, did not take my advice. He stayed in, and he delivered on Thursday, by way of defense, a howl of rage. He went on the attack not against Ford—for that we can be grateful—but against Democrats on the Senate Judiciary Committee and beyond. His opening statement was an unprecedentedly partisan outburst of emotion from a would-be justice. I do not begrudge him the emotion, even the anger. He has been through a kind of hell that would leave any person gasping for air. But I cannot condone the partisanship—which was raw, undisguised, naked, and conspiratorial—from someone who asks for public faith as a dispassionate and impartial judicial actor. His performance was wholly inconsistent with the conduct we should expect from a member of the judiciary.”

“Consider the judicial function as described by Kavanaugh himself at his first hearing. That Brett Kavanaugh described a “good judge [as] an umpire—a neutral and impartial arbiter who favors no litigant or policy.” That Brett Kavanaugh reminded us that “the Supreme Court must never be viewed as a partisan institution. The justices on the Supreme Court do not sit on opposite sides of an aisle. They do not caucus in separate rooms.”

“A very different Brett Kavanaugh showed up to Thursday’s hearing. This one accused the Democratic members of the committee of a “grotesque and coordinated character assassination,” saying that they had “replaced advice and consent with search and destroy.” After rightly criticizing “the behavior of several of the Democratic members of this committee at [his] hearing a few weeks ago [as] an embarrassment,” this Brett Kavanaugh veered off into full-throated conspiracy in a fashion that made entirely clear that he knew which room he caucused in:”

“When I did at least okay enough at the hearings that it looked like I might actually get confirmed, a new tactic was needed.”

“Some of you were lying in wait and had it ready. This first allegation was held in secret for weeks by a Democratic member of this committee, and by staff. It would be needed only if you couldn’t take me out on the merits.”

“When it was needed, this allegation was unleashed and publicly deployed over Dr. Ford’s wishes. And then—and then as no doubt was expected, if not planned—came a long series of false last-minute smears designed to scare me and drive me out of the process before any hearing occurred.”

“He went on: “This whole two-week effort has been a calculated and orchestrated political hit, fueled with apparent pent-up anger about President Trump and the 2016 election, fear that has been unfairly stoked about my judicial record, revenge on behalf of the Clintons, and millions of dollars in money from outside left-wing opposition groups.”

As Charlie Sykes, a thoughtful conservative commentator sympathetic to Kavanaugh, put it on The Weekly Standard’s podcast Friday, “Even if you support Brett Kavanaugh … that was breathtaking as an abandonment of any pretense of having a judicial temperament.” Sykes went on: “It’s possible, I think, to have been angry, emotional, and passionate without crossing the lines that he crossed—assuming that there are any lines anymore.”

“Kavanaugh blew across lines that I believe a justice still needs to hold.”

“The Brett Kavanaugh who showed up to Thursday’s hearing is a man I have never met, whom I have never even caught a glimpse of in 20 years of knowing the person who showed up to the first hearing. I dealt with Kavanaugh during the Starr investigation, which I covered for the Washington Post editorial page and about which I wrote a book. I dealt with him when he was in the White House counsel’s office and working on judicial nominations. Since his confirmation to the D.C. Circuit, he has been a significant voice on a raft of issues I work on. In all of our interactions, he has been a consummate professional.”

“What is important is the dissonance between the Kavanaugh of Thursday’s hearing and the judicial function. Can anyone seriously entertain the notion that a reasonable pro-choice woman would feel like her position could get a fair shake before a Justice Kavanaugh?”

Link to lengthy analysis:  I Know Brett Kavanaugh, but I Wouldn’t Confirm Him –