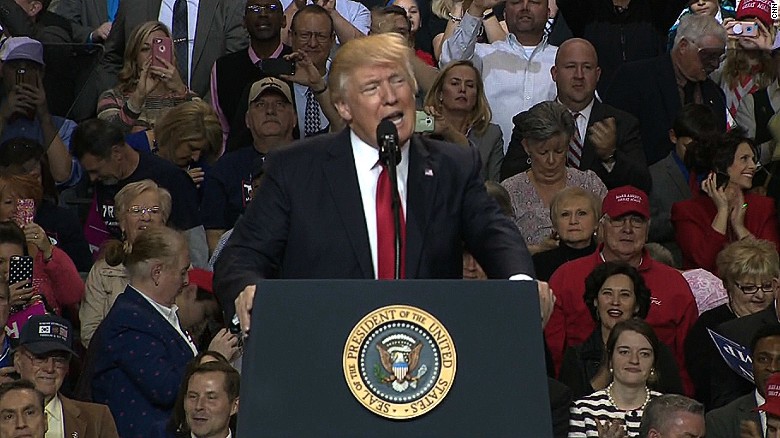 The republican President Donald Trump has been participating in several campaign rallies  to motivate his base of voters to get out to vote for republican candidates, where the last date to vote is the 6th of November 2018. He has let it rip when it comes to to catering to the anti-immigration, the racist and the anti-Semitic faction of his base. He has demonized the press, the Democrats Party Candidates, and the caravan of Honduran refugees seeking asylum in the US.

This November 6th, which is the final voting date, will tell us if the president has been successful in catering to the fears and the worst impulses of his base to where republicans prevail or, if the majority of voters cast their votes for Democratic Party candidates.

I am so banking on Republican Party candidates getting the whipping they deserve as they have been following in the footsteps of their leader’s divisive vitriolic rhetoric or they have been mum.

Everyone who continues to support the Trumpian Republican Party must know that they are complicit with the racism that he has been espousing.

Personally, I’ll be volunteering lots of hours for Democratic Party candidates for the next couple of days.

Tomorrow on the 6th of November 2018, there will be the report card for the coalition of the decent (Never Trumpers) from the left to the right. Did enough of us cast our ballots for Democratic Party candidates to where they become the majority party in the US House of Representatives to be a check on the excesses of President Trump and his administration? 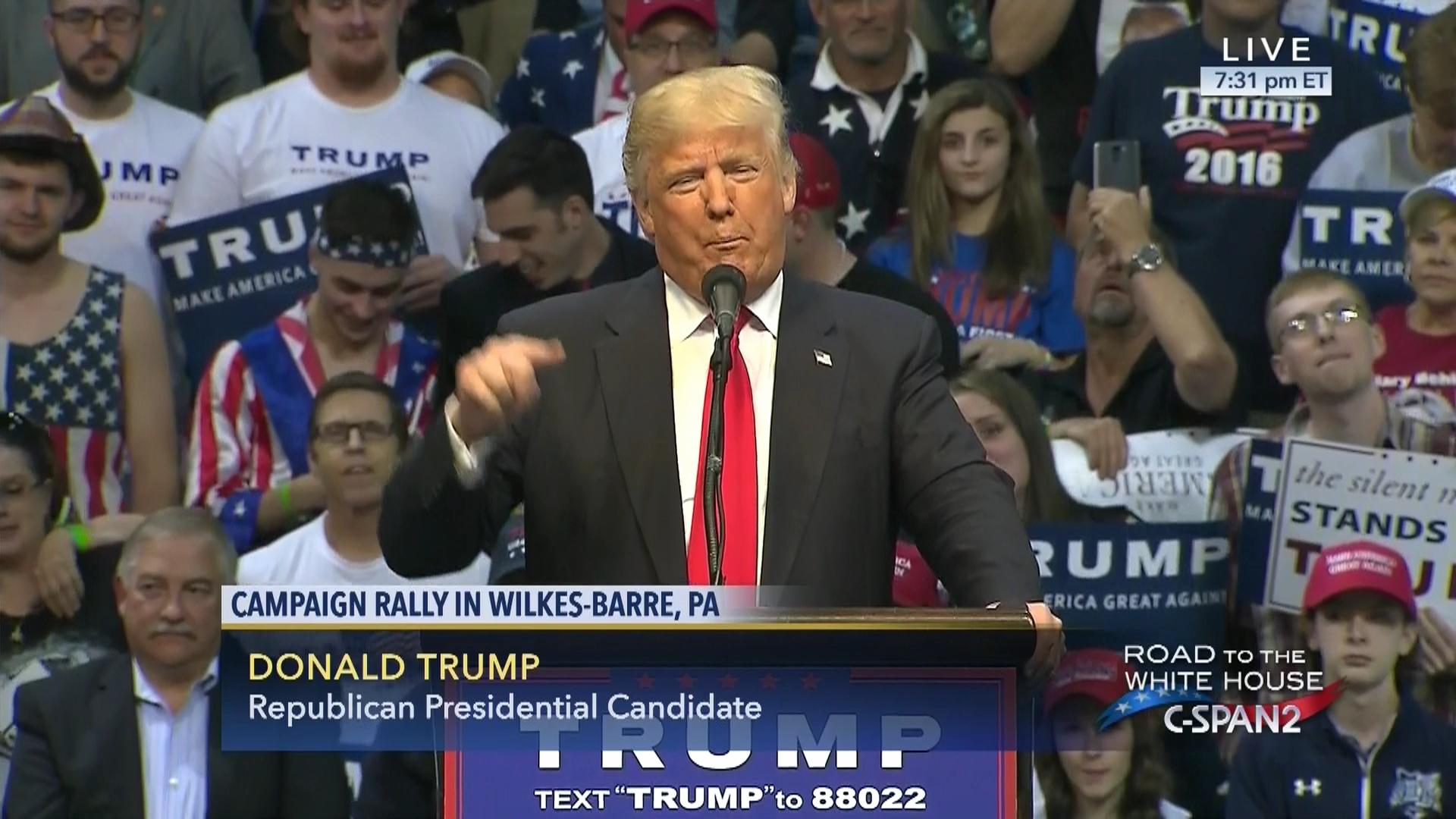 “President Trump is painting an astonishingly apocalyptic vision of America under Democratic control in the campaign’s final days, unleashing a torrent of falsehoods and portraying his political opponents as desiring crime, squalor and poverty.” 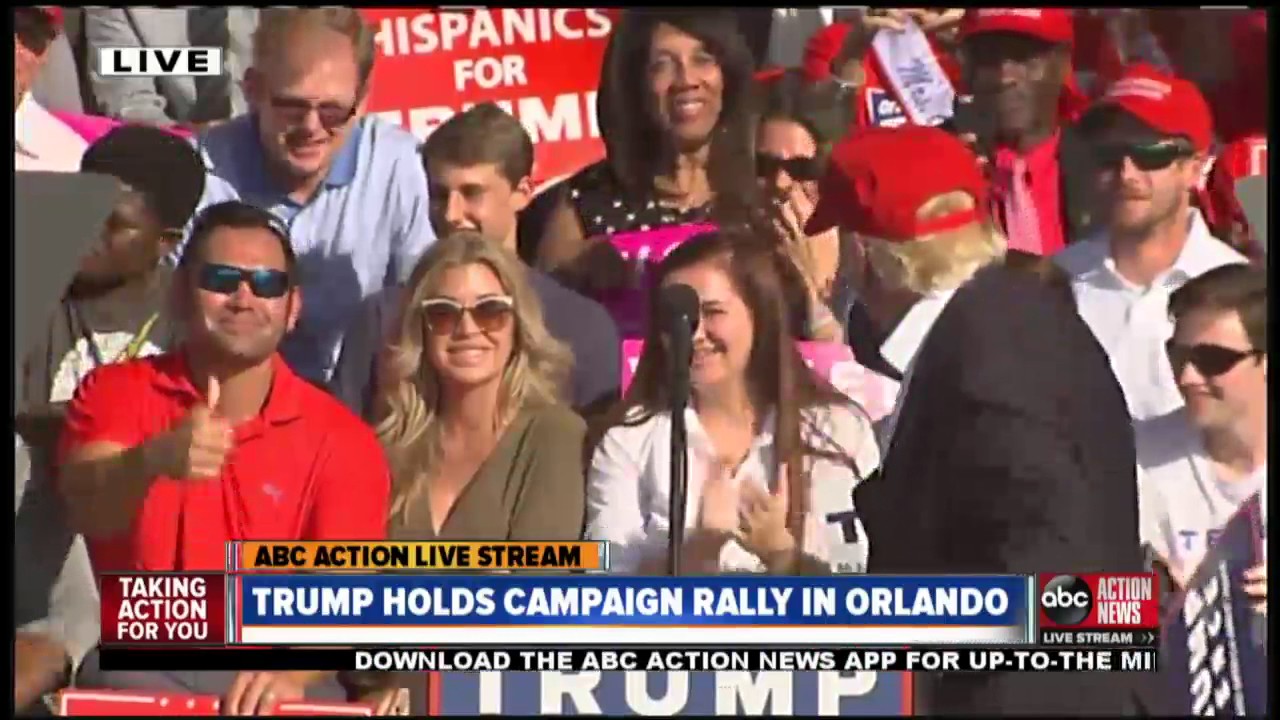 “As voters prepare to render their first verdict on his presidency in Tuesday’s midterm elections, Trump is claiming that Democrats want to erase the nation’s borders and provide sanctuary to drug dealers, human traffickers and MS-13 killers. He is warning that they would destroy the economy, obliterate Medicare and unleash a wave of violent crime that endangers families everywhere. And he is alleging that they would transform the United States into Venezuela with socialism run amok.”

“Trump has never been hemmed in by fact, fairness or even logic. The 45th president proudly refuses to apologize and routinely violates the norms of decorum that guided his predecessors. But at one mega-rally after another in the run-up to Tuesday’s midterm elections, Trump has taken his no-boundaries political ethos to a new level — demagoguing the Democrats in a whirl of distortion and using the power of the federal government to amplify his fantastical arguments.”

“In Columbia, Mo., the president suggested that Democrats “run around like antifa” demonstrators in black uniforms and black helmets, but underneath, they have “this weak little face” and “go back home into mommy’s basement.”

In Huntington, W.Va., Trump called predatory immigrants “the worst scum in the world” but alleged that Democrats welcome them by saying, “Fly right in, folks. Come on in. We don’t care who the hell you are, come on in!”

“And in Macon, Ga., he charged that if Democrat Stacey Abrams is elected governor, she would take away the Second Amendment right to bear arms — though as a state official, she would not have the power to change the Constitution.” “Unmoored from reality, Trump has at times become a false prophet, too. He has been promising a 10 percent tax cut for the middle class, though no such legislation exists. And he has sounded alarms over an imminent “invasion” of dangerous “illegal aliens,” referring to a caravan of Central American migrants that includes many women and children, is traveling by foot and is not expected to reach the U.S.-Mexico border for several weeks, if at all.”

“With his breathtaking cascade of orations, tweets, media appearances and presidential actions, Trump has dictated the terms of the political debate in the final week of the campaign even though he is not up for reelection for two years.”

“He goes out and says crazy, horrible things, blows race whistles and sits back and watches his topic of craziness dominate cable TV for the next 24 hours,” said Republican strategist Mike Murphy, a Trump critic. “Everybody repeats his charge, and then there’s a lot of pearl-clutching and tsk-tsking, and then repeating it again.”

“Trump’s omnipresence has frustrated Democrats, who are attempting to stay focused on their campaign messages of health care and other pocketbook issues.”

“It’s really important not to take the bait from the president, with his scare-a-thon and his this-and-that,” House Minority Leader Nancy Pelosi (D-Calif.) said in an interview this weekend. “That diverts people from what is really important in their lives and how this election will make a difference.”

“Trump has had only one formative political experience: His 2016 race for president, which he won against odds by galvanizing his conservative base around nativist themes. Two years later, he is returning to the same playbook.”

“This freneticism at the end . . . him ratcheting up to a new level of histrionics and fear, the question is, ‘Is there a point of diminishing returns?’ ” asked David Axelrod, who was former president Barack Obama’s chief strategist. “Do these tactics at once offend some people but also appear so fundamentally contrived that even some who are inclined to vote for Republicans say, you lost me here?” 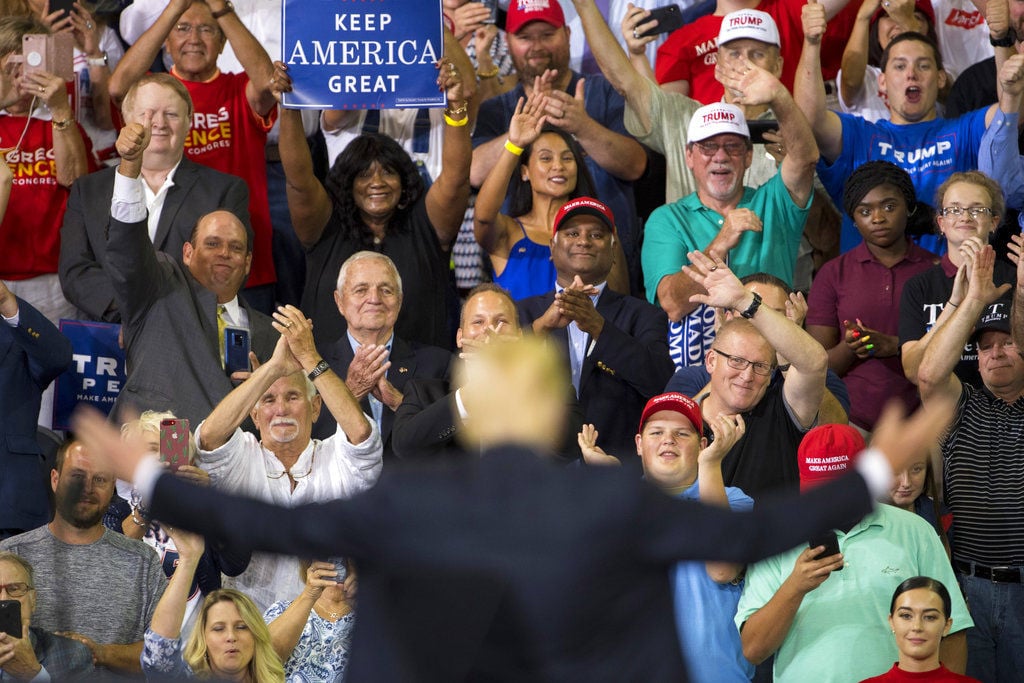 “His gamble is that this will work,” Axelrod added. “Certainly the veracity doesn’t bother him, and the optics don’t bother him. The only thing that would bother him is losing.”

“Trump is campaigning as if his presidency were on the line — and in a way, it is. Should Democrats win the House majority, as public polling suggests, they probably would use their subpoena power to launch investigations into the president and his behavior and, perhaps, begin impeachment proceedings.”

President Trump has made 6,420 false or misleading claims over 649 days]