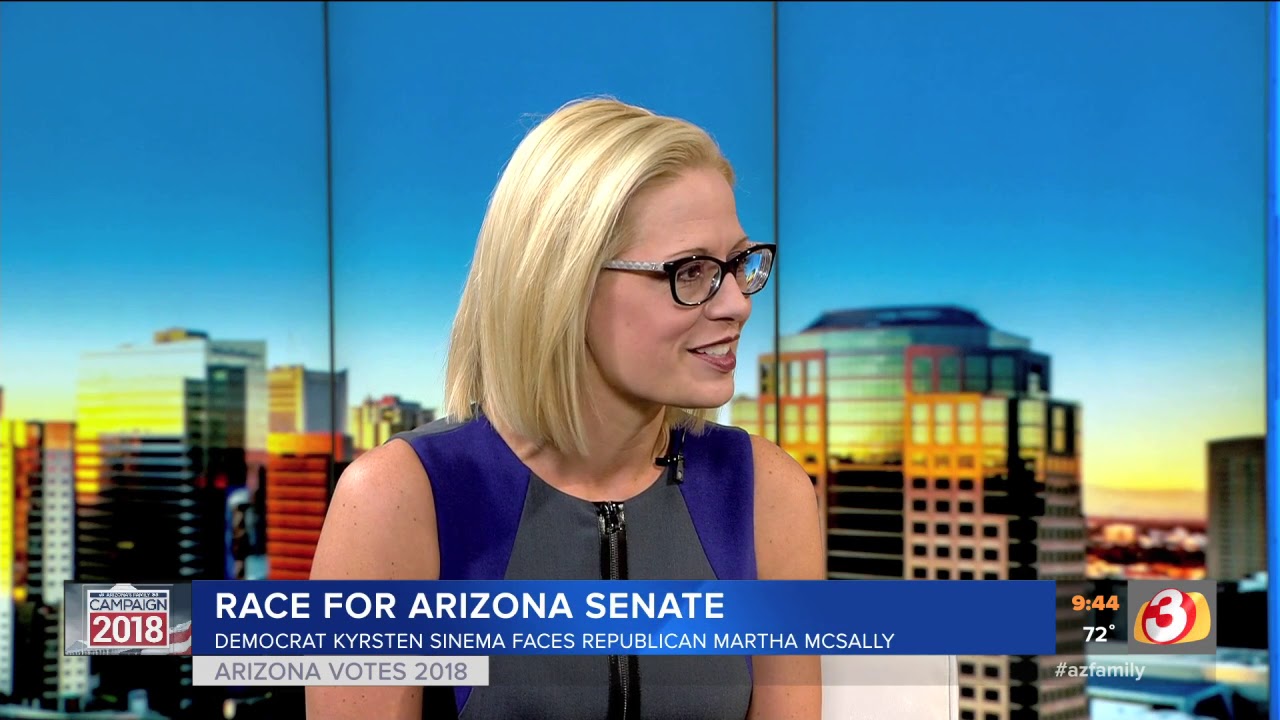 On the evening of the 12th of November 2018, the republican candidate Martha McSally conceded the race to be Arizona’s next US senator to her Democratic contender Kyrsten Sinema. It turns out that the counted votes for Ms. Sinema were at a point to where it was impossible for Ms. McSally to win.

Even though it was apparent that the republican President Donald Trump wanted Martha McSally to complain about voter fraud, etc. the republican candidate refused to go there.

Ms. Sinema is replacing the republican Senator Jeff Flake who had resigned from his US senate position, leaving his seat vacant.

“Representative Kyrsten Sinema, a Democrat and former social worker, scored a groundbreaking victory in the race for a Senate seat in Arizona on Monday, defeating her Republican opponent after waging a campaign in which she embraced solidly centrist positions, according to The Associated Press.”

“Ms. Sinema’s victory over Martha McSally, a Republican congresswoman and former Air Force pilot, marks the first Democratic triumph since 1976 in a battle for an open Senate seat in Arizona. Ms. Sinema takes the seat being vacated by Jeff Flake, a Republican who retired after publicly clashing with President Trump.” “In a statement on Facebook Monday night, Ms. Sinema pointedly struck a nonpartisan note as she pledged to continue working in government to “find common ground.”

“That’s the same approach I’ll take to representing our great state in the Senate, where I’ll be an independent voice for all Arizonans,” she wrote.”

“The win by Ms. Sinema, 42, points to a remarkable shift in Arizona’s political landscape. That state has been a Republican bastion for decades, but Democrats are seizing on dissatisfaction with budget cuts and growing unease over the Trump administration’s immigration crackdown to make inroads with moderate voters.”

“Voter drives to register more Latinos, who generally vote Democratic in Arizona, appear to have paid off for Ms. Sinema. About 2.1 million Latinos live in Arizona, about a third of the state’s population; while Mr. Trump narrowly carried the state in the 2016 election, many Latinos in the state have expressed displeasure with the president.”

“While Ms. Sinema frequently voted with conservatives in the House, her background also stands in contrast to many other members of Congress. She endured poverty and was homeless as a child, before becoming a social worker and obtaining a law degree. Ms. Sinema is also openly bisexual, and has spoken about facing bullying as a child because of her sexuality.”

“Ms. McSally seized on episodes from Ms. Sinema’s early career as an activist against the wars in Afghanistan and Iraq. She pointed, for instance, to fliers for a 2003 antiwar rally organized by a group Ms. Sinema co-founded; they refer to “U.S. terror in Iraq and the Middle East.” Last month, she escalated dramatically by accusing Ms. Sinema of treason for an off-handed comment she made in a radio interview in 2003. (Ms. Sinema declined to respond in kind, sticking to an argument that Ms. McSally had “chosen a very low road.”)