aside There’s No Good Way For GOP In WI, MI And NC To Spin Their Power Grab From Incoming Democrats

There have always been some political maneuverings by lame duck politicians (time when one majority party transfers to another because of November elections, but not at the level of what we have been observing in the States of Michigan, Wisconsin and North Carolina. I suspect that a lot of the republican losers acting in undemocratic ways to limit the incoming lawmakers’ powers in the hands of democrats, has to do with big corporate donors having just spent a lot of monies to help GOP candidates win, only to find their million going down the toilet as the voters preferred to elect Democrats. Now these big money donors are upset about this to where they are demanding that the GOP legislators take action. They don’t care about these power grabs being disrespectful of the voters wishes.

Now, “we the people” are having the power of our votes diminished because GOP elected officials are bought and sold by these big donor guys. 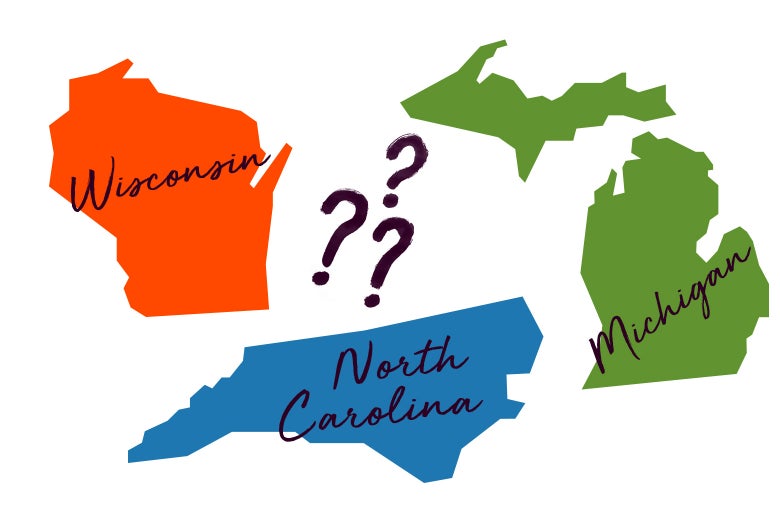 On December 6, 2018, Alexandra Petri of the Washington Post penned the following satirical opinion piece, “Don’t mind us! We are just making the voting more fair.”

“Look, it has come to our attention that people in this state are not being correctly represented. By “correctly represented” I mean “represented by Republicans.” This is why we as a legislature are taking steps to make sure the voice of the people can be resoundingly heard. You would think doing something like voting would make your voice heard, but voting only muddles things. Sometimes, due to some kind of confusion or flaw in the system, voters do not select Republicans. It’s this strange tendency of hundreds of thousands — nay, millions! — of Democratic ballots to appear in boxes each Election Day that has left us so unshakably convinced that voter fraud is rampant.”

“But do not worry: We are taking steps to fix that. One way you can tell something has gone wrong with voting is if the Democratic candidate gets enough votes to win. That is a sign that the process has failed.”

“That is why we have sneaked into the statehouse under cover of darkness — SHHH! No, keep the lights off! We must vote on our plan quickly and disperse before they catch wind of what is happening. Not because we are ashamed or annoyed, but because they would be too excited and proud of us, and we would not want that to go to our heads.”

“One thing Americans have historically loved about America is how if you live in a Place That Is Very Large on a Map, you get at least a slightly bigger share of votes than in Places That Are Very Full of People. This allows for things Americans love, such as big maps colored red, as well as a sense of vague powerlessness that, when you have lived with it long enough, becomes kind of freeing.”

“It is time we put some caps on these city voters. We can all agree: If big groups of people get more votes than smaller groups of people, that is bad and unrepresentative. Besides, people in cities are confused and do not know what they want. In their befuddlement, they sometimes vote straight-ticket Democrat or scrawl D’s on their ballots. This comes of being packed too tightly together. A D is just an R someone did not have room to add the little legs to because they were cramped in close urban quarters.”

“There are several solutions to the unrepresentative mess that is our state. One is that any district not already shaped like an electrocuted salamander should be quickly redrawn so that it does. People love to live in a district with a festive shape! It makes them feel like they are part of something. The best thing about that festive shape is it brings people into contact with people with whom they disagree. This exposes them to new ideas, such as the idea that their votes are probably not worth casting, because the district is now shaped in such a manner that no candidate of their party can win. This frees up a Tuesday evening in November, which is a great boon. They will appreciate the opportunity to use it for shopping or sending emails.”

“Well, that depends on what sort of voter you are thinking about. If all the voters who might vote for Democrats are allowed to vote willy-nilly, they may well turn out to elect Democrats, and then the minority who would have picked a Republican will feel as though their votes did not count at all. That hardly seems fair!”

“This system is much better; if you make it more difficult for people to vote, then fewer people will vote in cities where they would have to wait in long lines, and the voting population will be dispersed more fairly. Just because fewer people live in some places than in others does not mean that those places should not carry equal sway. Remember the electoral college! It would really be awful if just getting a majority of votes was enough to determine the outcome of an election.”

“Is this unfair? Only if you think everyone in the state should have a vote that counts the same. Look, if the Founders made one wish clear, it is that we should be governed by a small minority who occupy lots of land.”

“If this seems kind of sketchy and shameful and is the kind of thing you would like to protest now that we have told you about it, don’t worry: We passed it! Ten minutes ago. At 3 a.m.”