Christmas came early this year to Russia’s President Vladimir Putin as President Trump Delivers on the Promise To Withdraw US troops from Syria, leaving the region in the hands of US adversaries, Russia, Iran. President Bashar al Assad and ISIS. Contrary to the republican President Donald Trump assertions/ ‘fake news,’ ISIS still maintains a stronghold in the Eastern part which consists of its toughest fighters.

In addition, this strategy will leave our only true allies, the Kurds who have reliably supported the US military’s attacks on ISIS in Syria, exposed without back-up, to the whims of the Turks who hate the Kurds.

As per a 8/22/2018 Reuters report, the president has been saying for months that “ISIS is essentially defeated” but this is just one of his many infamous whoppers.

But what the heck! President Trump could not deliver on his commitment to drop US sanctions against Russia, so the least he could do, was to hand over Syria on a silver plate to Russia along with letting President Putin get away with his aggressive maneuvers against Ukraine.

The GOP US senators are squawking about the president’s unilateral decision to withdraw all US troops from Syria against the advice of the Pentagon, the US State Department and others. But the GOP lawmakers’ rhetoric means nothing since they’ve been turned into eunuchs when it comes to dealing with this president and his foreign policy bloopers. 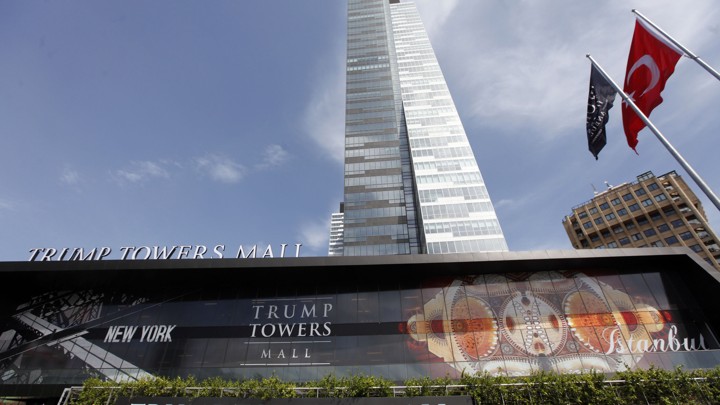 Of course, there could be financial motivations involved. As per a 12/19/18 Washington Post report, “Jonathan Alterman, director of the Middle East Program at the Center for Strategic and International Studies, noted that the Syria decision also coincided with the administration’s notification to Congress late Tuesday (12/18/18) that Turkey’s long-sought purchase of U.S.-produced Patriot missile defense batteries had been approved after a years-long battle over the terms of a deal between Ankara and Washington.”

“It would be disturbing if a strategic gesture was made for commercial reasons,” Alterman said.”

“A senior administration official, made available to brief reporters on the Syria decision Tuesday, mentioned only Turkey among U.S. allies that Trump had informed of the decision in advance. “He informed President Erdogan as a neighbor of Syria,” the official said.”

On December 19, 2018, Max Boot of the Washington Post penned the following opinion piece, “Trump’s surprise Syria pullout is a giant Christmas gift to our enemies”

“A few weeks ago, I attended the Reagan National Defense Forum in Simi Valley, Calif., where panel after panel of defense experts dutifully discussed Important Issues such as gray zone warfare, the defense industrial base and the future of U.S. policy toward Syria. It all seemed disconnected from reality, as if the defense cognoscenti were living in an alternative universe where they can generate policy options in the expectation that a wise and well-informed president will choose the best of the lot. That is not the situation we are in. We are at the mercy of an ignorant and impetuous president who, as Jeffrey Toobin quipped, “is unfit to run a charity in New York State but fit to control nuclear weapons that could destroy the world several times over.”

“At one time, the world hoped that an Axis of Adults could constrain the juvenile in the Oval Office, but such naive expectations have been dashed repeatedly. Syria offers the latest example of the futility of expecting that lower-level officials can consistently save the world from the commander in chief.”

In April, after U.S. troops had scored some gains against Islamic State, President Trump proclaimed, “I want to get out” of Syria. His aides were concerned that this would represent a betrayal of America’s Kurdish allies and a victory not only for the Islamic State but also for Russia and Iran. They managed to win a stay of sentence — just barely.

“In September, the administration grandly announced a new policy for Syria: Some 2,200 U.S. troops would remain in Syria indefinitely with a mission of containing Iran, not just defeating the Islamic State. “The new policy is we’re no longer pulling out by the end of the year,” said James Jeffrey, a veteran diplomat who was appointed Secretary of State Mike Pompeo’s “representative for Syria engagement.” Asked if Trump had signed off on this policy, Jeffrey said, “I am confident the president is on board with this.”

“That was 3 months ago. Now Trump appears to be pulling out after all — unless the Defense Department can somehow win another last-second reprieve.”

“We have defeated ISIS in Syria, my only reason for being there during the Trump Presidency,” Trump tweeted Wednesday (12/19/18) morning in his “Mission Accomplished” moment. No serious person believes this. In fact, on Tuesday (12/18/18), a State Department spokesman, who clearly had no idea of the presidential announcement to come, told reporters: “U.S. forces are present in the campaign to ensure the enduring defeat of ISIS. We’ve made significant progress recently in the campaign, and — but the job is not yet done.”

“Indeed, it’s not. The United Nations reported in August that the Islamic State still has 20,000 to 30,000 fighters in Iraq and Syria. Acts of terrorism attributed to the Islamic State have picked up in “liberated” areas, and experts such as Hassan Hassan, co-author of the book “ISIS: Inside the Army of Terror” have been warning that the group is poised to make a comeback in Syria. We have seen the Islamic State pull off just such a resurrection in the past: Under its previous guise of al-Qaeda in Iraq, it had been all but defeated by 2011 when President Barack Obama ordered a pullout of U.S. troops from Iraq. Before long the terrorist group was stronger than ever, establishing a brutal caliphate sprawling across Syria and Iraq.”

“The risks of such a comeback now grow markedly. America’s Kurdish and Arab allies in the Syrian Democratic Forces will be hard-put to resist the group on their own, much less deal with the Turkish threat against the Kurds. The likely outcome is that they will partner with the genocidal Bashar al-Assad regime and its allies — Iran and Russia.”

“Earlier this year, Trump pulled out of the Iran nuclear deal on the grounds that it was too generous toward Tehran. But by withdrawing U.S. troops, who were in control of one-third of Syria, he is handing a Christmas present to the mullahs. So much for Trump’s conceit that he is the most pro-Israel president ever. A U.S. withdrawal from Syria will entrench the Islamic Republic of Iran on Israel’s doorstep. That damage vastly outweighs the empty symbolism of moving the U.S. Embassy to Jerusalem.”

Why would Trump do this now? Who knows? Given that he is acting at odds with his advisers, this is clearly not the result of a normal policy-review process.”

“The New York Times quotes “one Defense Department official” who “suggested that Mr. Trump . . . wants to divert attention away from the series of legal challenges confronting him over the recent days: the Russian investigation run by the special counsel as well as the sentencing of his former personal lawyer, Michael Cohen, in a hush-money scandal to buy the silence of two women who said they had affairs with Mr. Trump.” When presidents normally “wag the dog,” they start a war. Trump is unique in all sorts of ways, including that he may now be wagging the dog by ending U.S. involvement in a war that remains far from finished.”

Link to entire article: Trump’s surprise Syria pullout is a giant Christmas gift to our enemies

See: ISIS Used to be al-Qaeda in Iraq/ VOX