The State of Washington’s Governor Jay Inslee is making his central issue, that of climate change in his bid to become the 2020 Democratic Party presidential candidate. He has become an avid advocate and expert on this subject. He is to climate change what the other announced democratic contender Senator Elizabeth Warren of Massachusetts is to crony capitalism.

He is a voice that needs to be added to the upcoming debates among those who plan to throw in their hats to become the next Democratic Party presidential candidate. 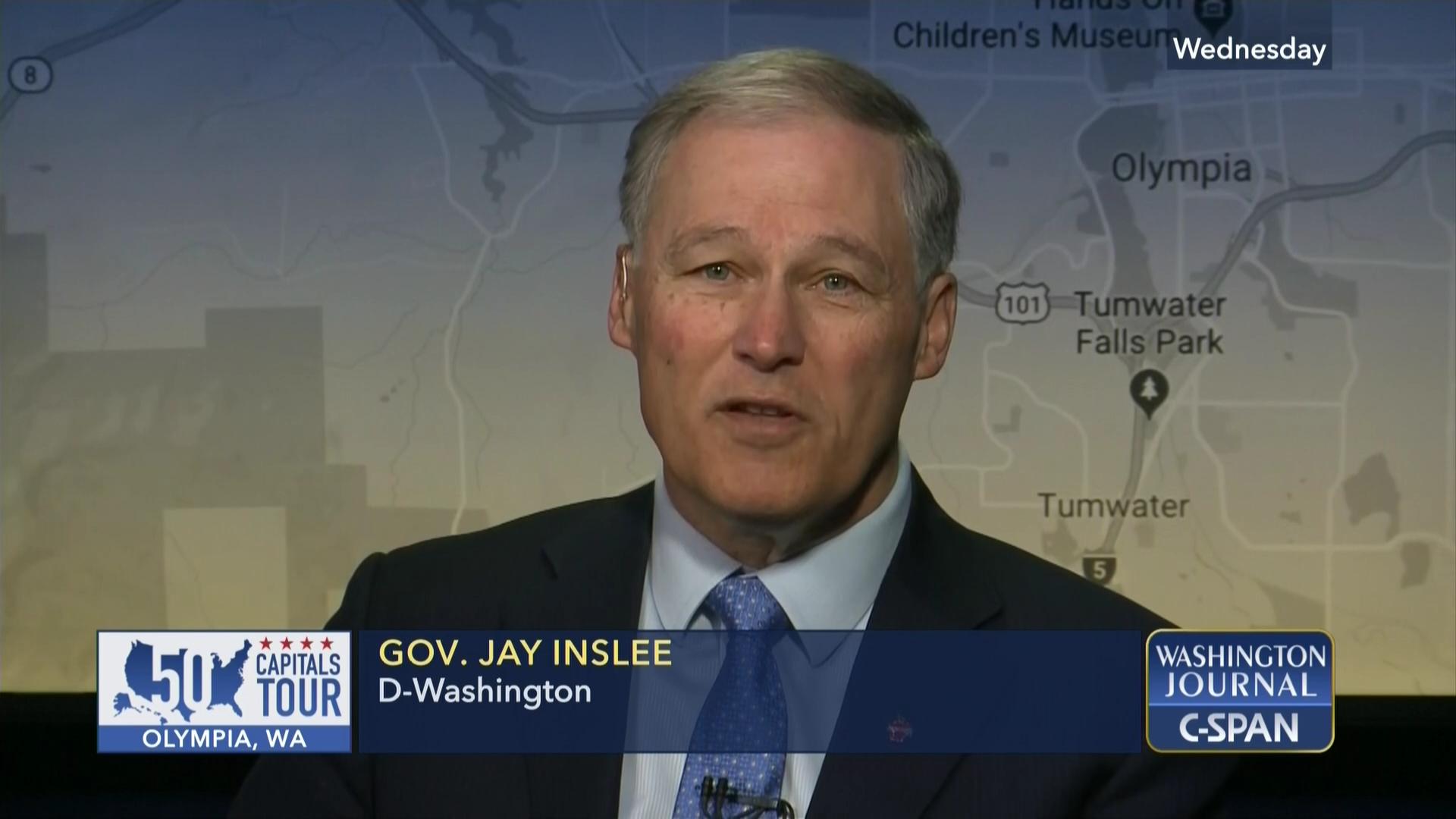 On January 2, 2019, Edward Isaac Dovere of the Atlantic penned the following report, “Jay Inslee Is Betting He Can Win the Presidency on Climate Change” (“The Washington governor believes his focus on the environment will resonate with voters. But can he persuade enough Americans to pay attention to him?”)

“What if a meteor were hurtling toward the Earth, about to kill millions and reshape life on the planet as we know it?”

“And what if the president, instead of doing anything to help, made it worse in just about every way, and called it a hoax (and any solutions a scam) instead of the very real, very clear disaster taking shape?” 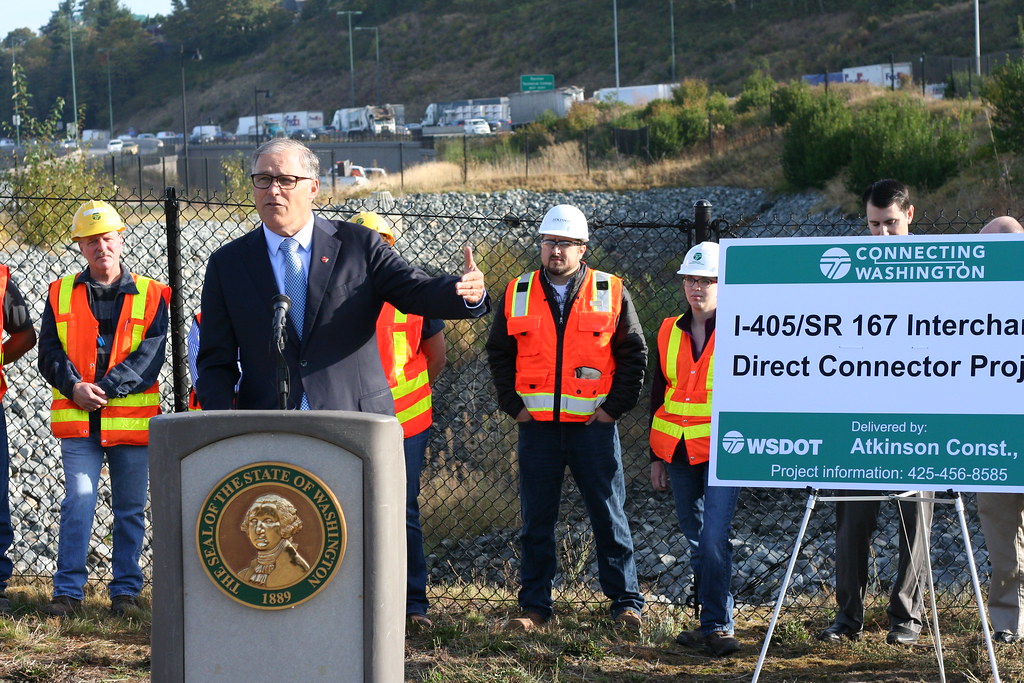 “And what if all the Democrats running to beat him in the next election went on and on about how concerned they were and how it’s our most pressing problem—but none had ever done much more than talk about the problem, and for the most part only started doing that in just the past few years?”

“That’s where Jay Inslee thinks America is when it comes to climate change. And that’s why he’s going to run for president. The question is whether he can convince anyone else that he’s a big-enough player to be a serious candidate.” 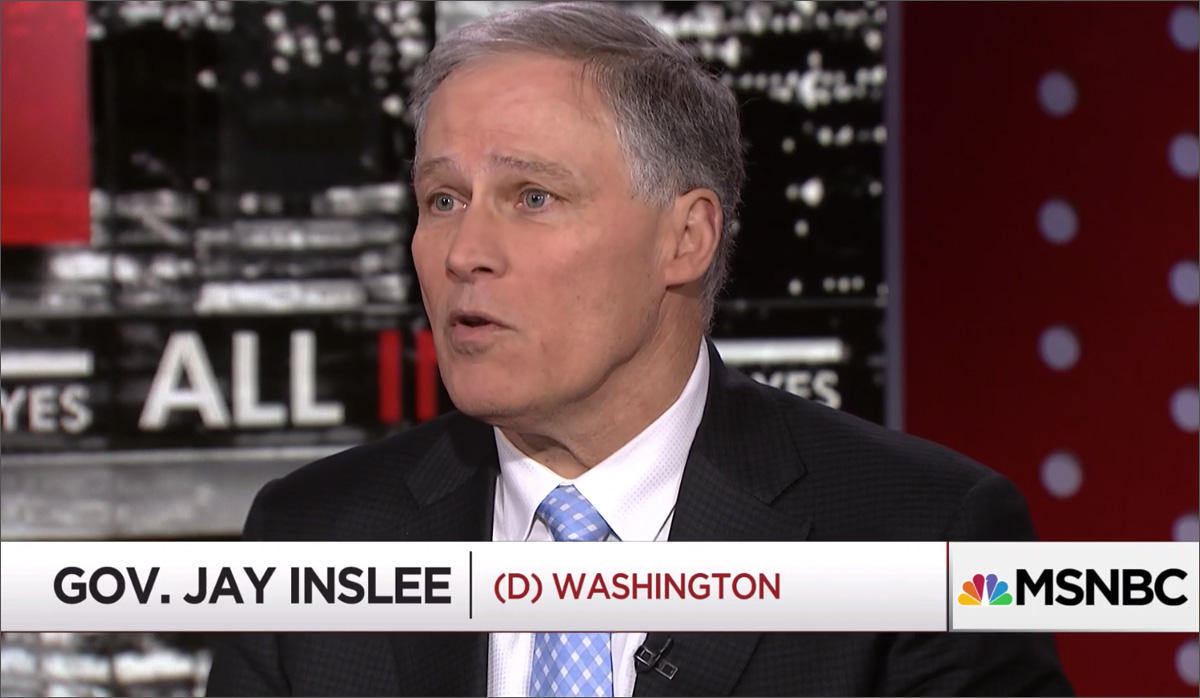 “When you’ve been working on something for over a decade, and now seeing people awakening to that, it’s just really gratifying and heartening,” the Washington governor recently told me, sitting in his private study on the top floor of the governor’s mansion. When it comes to climate change, there now appears to be “an appetite for someone who has credibility and a long track record and, most importantly, a vision statement. It’s changed to show an opening in a Democratic primary, I believe.”

“Inslee has been on the expansive list of would-be Democratic presidential contenders since the 2016 election, mostly because he was then one of the few Democratic governors left in the country. He didn’t take the talk seriously at first, nor did anyone else, and he certainly wasn’t doing anything to help it along. But as the 2018 midterm campaigns came to an end, he read through searing international and federal climate-change assessments, took a trip to view the wildfire damage in California, and thought through the larger moment for the country—and he shifted.”

“Now “we’re laying the groundwork that would make this a feasible thing in the relatively short term,” Inslee told me.”

“If there is a new Democratic president come 2021, he or she will get pulled in all sorts of policy directions. Inslee says he has one priority: global warming. It’s not theoretical, or a cause just for tree huggers anymore. Putting off dealing with it for a year or two or kicking it to some new bipartisan commission won’t work, he says. He plans to focus on the threat that climate change poses to the environment and national security—the mega-storms and fires causing millions in damages, the weather changes that will cause mass migrations, the droughts that will devastate farmers in America and around the world.”

“Even more so, he wants to talk about the risk to American opportunity. “We have two existential threats right now: one is to our natural systems, and one is to our economic systems,” he said.”

“As he did in Washington State, Inslee would propose a mix of government investments and incentives to spur other investment, restrictions on power plants and emissions, and programs to promote R&D and job growth. An endless number of jobs can be created in the climate arena, Inslee says. It’s the way to make a real dent in income inequality and have the Democratic Party bring tangible solutions to communities in rural America that have been left behind. With his inaction, President Donald Trump—Inslee calls him “the commander in chief of delusion”—is engaged in a “disgusting selling-out of the country,” a “crime” against the aspirational optimism of America.”

“Inslee is lining up donors and adding them to the political-action committee he launched in December. An official presidential exploratory committee is next. Aides note that he’s attracted new supporters and fans after serving as the Democratic Governors Association chair last year; with Inslee at the helm, Democrats in November picked up seven governorships. He’s put together an email list of 200,000 climate advocates, which could become a beachhead of support around the country. Friends have offered to move to Iowa for him.”

“His campaign, such as it is, seems a lot more seat-of-the-pants than the machines Senators Elizabeth Warren, Cory Booker, and Kamala Harris have slowly assembled. For now, he seems to be counting on being able to stand out on his record—and preparing for future battles with Trump by testing out zingers like “I wish nothing but the best for Donald Trump, including having the top bunk.”

“Inslee has been in politics for 30 years. He started off in the Washington State legislature and served for more than a decade in Congress. He was elected governor in 2012 and has, without much national notice, pursued arguably the most progressive and greenest agenda in the country, with fields of solar panels, fleets of electric buses, and massive job growth to show for it. And years before anyone was tweeting about the “Green New Deal,” Inslee wrote a climate-change book while he was in Congress: Apollo’s Fire, a 2007 blueprint for how much economic and entrepreneurial opportunity there is in saving the planet.”

“Other Democrats are, suddenly, talking about climate change. Bernie Sanders prioritizes it in all his speeches, and a few weeks ago he held a “national town hall” on what he called “the great crisis facing our planet, facing humanity.” Michael Bloomberg used a screening of a documentary on clean-energy alternatives as the feint for a trip to Iowa last month, and says he’ll push his fellow candidates to develop climate-change plans. Booker, Harris, and Warren have all voted in the Senate on progressive environmental bills, and Tom Steyer has written huge checks to many green causes.”

Link to entire article: : The Atlantic

Read: 10 new factors that will shape the 2020 Democratic primary