Any illusion that the republican President Donald J. Trump and his team at the White House in coordination with the US Senate Majority Leader Mitch McConnell crafted a legitimate, credible proposal to end the 2019 longest running shutdown in US history, is thrown out the window as one reads it. There are enough poison pills added to the president’s 1/19/19 proposal, to guarantee it would be DOA by democrats. In short, on 1/19/19, they offered a reality TV show with no substance in lieu of taking seriously, the ending this 2019 government shutdown, yesterday.

They have demonstrated, once and for all to see that they don’t give a darn about the 800,000 government working stiffs who are having to forgo their paychecks or have them delayed for over a month with no end in sight. On the 22nd of January 2019, Gred Sargent of the Washington Post penned the following report, “Trump’s phony ‘compromise’ has now been unmasked as a total sham”

But on Monday night (1/21/19), Senate Republicans released the bill text of this supposed “compromise.” Surprise: It has been so loaded up with poison pills that it looks as if it was deliberately constructed to make it impossible for Democrats to support.”

“If so, that would be perfectly in keeping with the M.O. that we’ve already seen from top adviser Stephen Miller, who appears devoted to scuttling any and all policies that could actually prompt compromises but which don’t endeavor to reduce the total number of immigrants in the United States to as low a figure as possible.”

“Trump’s proposal, as presented in his speech the other day, would reopen the government, provided that Democrats agree to $5.7 billion in spending on his border wall. It would also include hundreds of thousands of dollars in humanitarian provisions, which is good (though the administration itself wants those funds).”

“What concessions would Democrats get? As Trump noted, the proposal would include legislative relief for 700,000 young immigrants brought here illegally as children — a.k.a. “dreamers” — and for people whose temporary protected status is set to expire. Trump also said Central American migrant children would get a “new system” to “apply for asylum in their home countries.” 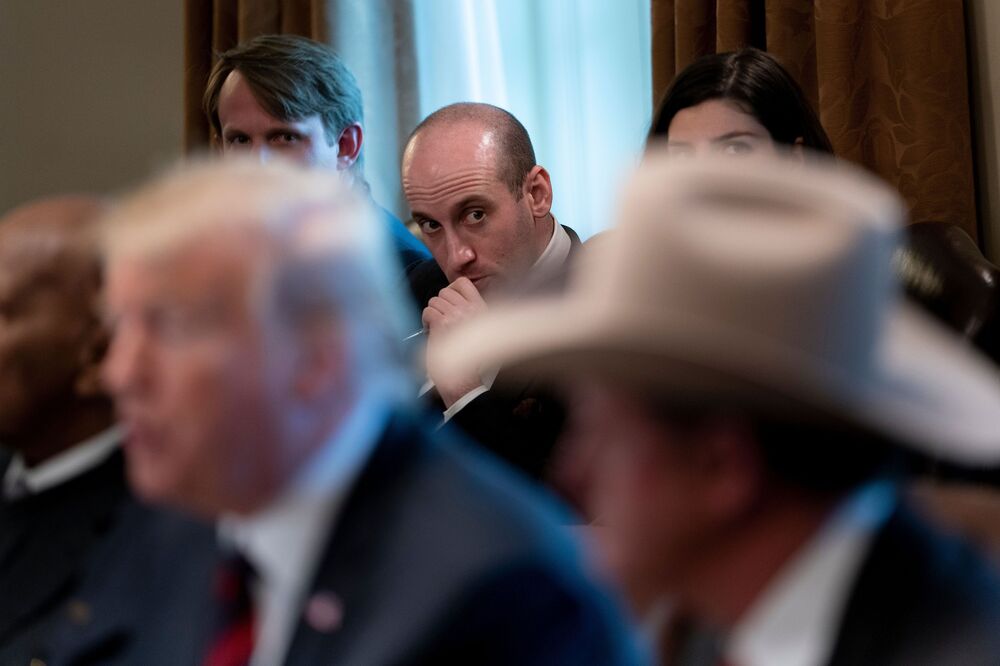 “Trump argued that the plan is “straightforward, fair, reasonable and common sense, with lots of compromise.”

“This is utter nonsense on just about every level. And the bill itself now proves it.”

“The proposal on the dreamers was whittled down to the point where it only undoes the disaster Trump himself is orchestrating. The New York Times recently reported that Miller privately “intervened” to ensure that the bill dramatically downsizes the number of dreamers who would get protections. He cut that number from 1.8 billion to 700,000 (the number Trump referenced).”

“The bill text confirms this and illustrates how it was done. It grants three years of protected lawful status plus work authorization only to those who are currently on the Deferred Action for Childhood Arrivals program, not to all of those who are eligible for it, a much larger pool. It cannot be renewed.”

“This is a badly truncated version of the Bridge Act, a measure championed by Sens. Lindsey Graham (R-S.C.) and Dick Durbin (D-Ill.) that would have granted this status to the larger pool of those who are DACA-eligible. Thus, Trump’s proposal would only restore temporary protections that were already granted and that Trump has tried to take away (his effort to cancel DACA is tied up in court). The press release accompanying the new bill misleadingly calls the new measure “the Bridge Act,” inadvertently preserving the taint of bad faith pervading this particular provision.”

“The new proposal is much worse on asylum seekers than advertised. The bill text explains what Trump really meant when he claimed his proposal would create a “new” way for Central American migrant children to apply for asylum. The proposal actually declares that the only way any of them will be eligible for asylum going forward is if they apply for it outside the United States at soon-to-be-created application centers in Central America, according to several legal experts I spoke with about this.”

“Those experts point out that this would in effect close off the main avenue for these minors to apply — that is, the right to apply when they enter the US and are apprehended. To be clear, creating an out-of-country way to apply is not itself a bad thing, and the proposal appears ostensibly to be in keeping with an aim that appears understandable on its face — the desire to discourage the journey.” 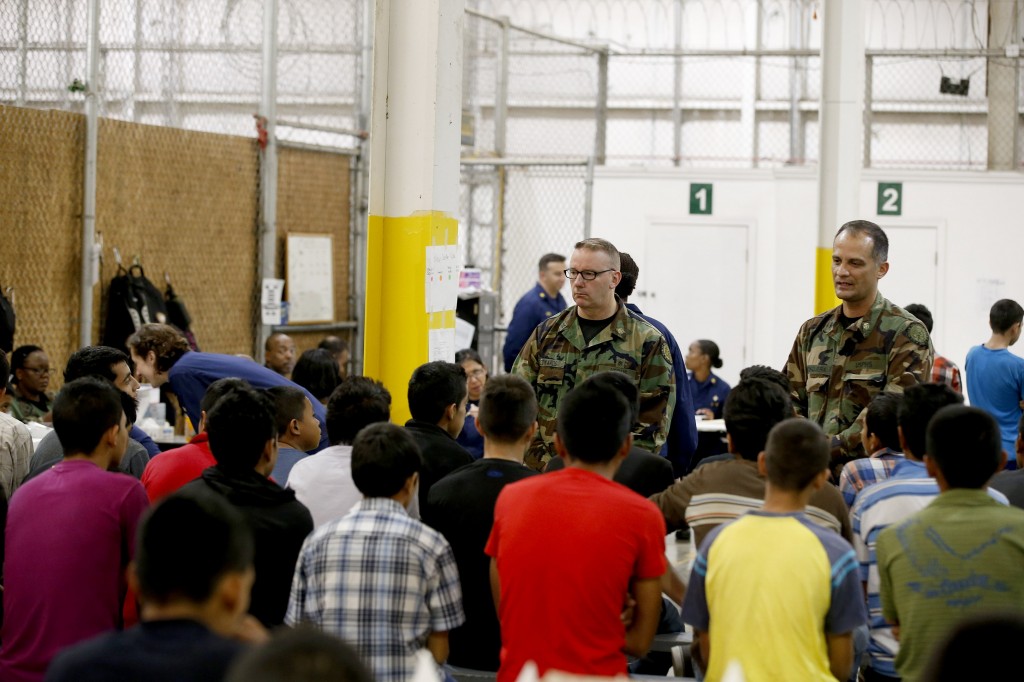 “But that belies the deeper significance of this change. According to Philip Wolgin, the managing director for immigration policy at the Center for American Progress, by foreclosing the option of applying in the US, it would gut the basic values at the core of our asylum program — values in keeping with international human rights norms holding that if people who had good reason to flee horrible civil conditions at home present themselves at borders and appeal for refuge, they have the right to have their claims heard.”

“Plus, the program actually caps the total who can be annually granted asylum at 15,000. In the last fiscal year, some 50,000 unaccompanied minor migrants were apprehended, and while we can’t be sure how many would ultimately qualify for asylum, the cap itself creates an arbitrary maximum unrelated to the strength of their actual claims, Wolgin notes. And as immigration policy analyst Aaron Reichlin-Melnick points out, once the Department of Homeland Security nixes asylum, under the new proposal it would not be subject to judicial review.”

“There is no way this offer represents a compromise, if we conventionally understand a “compromise” to be an agreement in which both sides secure meaningful concessions. Actual concessions by Trump on the dreamers might entail extending these protections well beyond what he’s currently trying to cancel, such as applying them to far more people or, better, making their protections permanent.”

“Which gets to the biggest sham of all at the core of this whole affair. If the offer by Trump and McConnell really represented something that actually did involve meaningful concessions to both sides, and thus actually could provide the basis for real compromise discussions, then why would they need to keep the government closed while those talks unfolded?”

“The answer is simple: They know their only hope of getting the concessions they’re demanding from Democrats is to keep the gun pointed at the hostage.”

See: GOP senators are too scared of Trump to do their jobs/  Shareblue

See: GOP Lawmaker: ‘This Is An Idiotic Shutdown’/ Talkingpointsmemo