Virginia’s Lt. Governor Justin Fairfax Has To Accept Responsibility For His Actions

The scandals plaguing the top three Democratic Party Virginia’s Congressional leaders have been headline news for the week starting on the 4th of February 2019. It was revealed that Governor Ralph Northam had been pictured as a man with a blackface or with a KKK Robe in a photo in his 1984 medical school yearbook. He had first admitted to having been in that photo but then he backtracked with a denial on the following day.

Another democratic official, the Virginia’s Attorney General Mark Herring has volunteered  this week to having dressed in blackface during his time at the University of Virginia. I put him in a different category than the other two democratic officials under fire because he has taken ownership of his poor judgement while showing remorse. 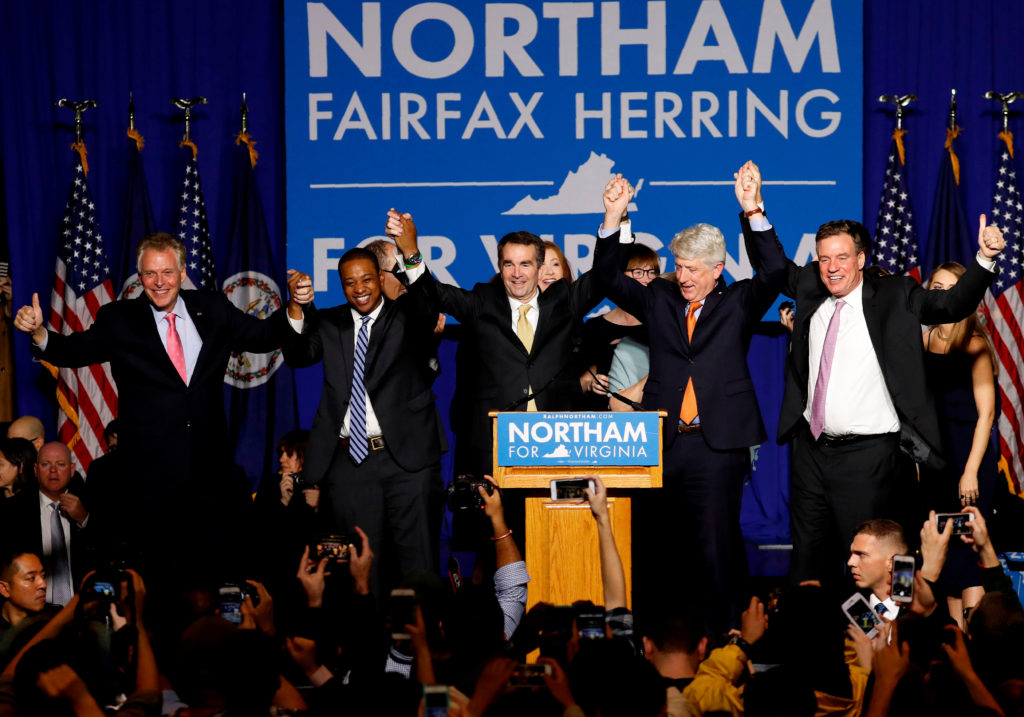 The other story that broke this week, involved the Virginia’s Lt. Governor Justin Fairfax who has been accused of a sexual assault in 2004 by a co-worker at the time, where both he and the accuser were working at the Democratic National Convention in Boston.

I’ve read several reports regarding the accuser, Vanessa Tyson and I find her story to be credible.

At first, I was hesitant to pass judgement on a ‘he said, she said’ case but I’ve come down that if I lived in Virginia, I’d want Mr. Fairfax to step down. The cliff notes version is that they met each other at the convention. At one point he talked her into taking a walk as he wanted to get some documents from his hotel room. After they were in the hotel room, they started kissing but then Mr. Fairfax took it upon himself to pull down his pants where he then forcibly pushed her head downward. She felt coerced to perform an act against her will. She avoided him completely after this encounter.

I had wondered about this. I’m going on 70 years and in my day, I’d have bit him and then screamed bloody murder. But that’s me. Many women wouldn’t know what to do.

Update 2/8/19: A second woman has come forward to accuse the Lt. Governor Fairfax of rape while the were students at Duke University.

What really gets me is that both Governor Northam and Lt. Governor Fairfax have not been accepting responsibility for their actions. They are believing that this is the way to avoid any negative consequences.

Mr. Northam has been denying that it was his picture in his own yearbook with his name at the top. Mr. Fairfax has called his accuser, a liar. These behaviors should not be an acceptable standard  by any elected official who claims to be a member of the Democratic Party. They can become Trumpian republicans where this standard of behavior is considered de rigueur, like the US Supreme Court Justices Brett Kavanaugh, Clarence Thomas and the US Rep. Steve King.

As per the 2/6/2019 New York Times publication, here is the complete text of her statement:

On the night of Friday, February 1, 2019, I read multiple news accounts indicating that Virginia Lt. Governor Justin Fairfax would likely be elevated to Governor as an immediate result of a scandal involving Governor Ralph Northam. This news flooded me with painful memories, bringing back feelings of grief, shame, and anger that stemmed from an incident with Mr. Fairfax that occurred in July 2004 during the Democratic National Convention in Boston.

I met Mr. Fairfax on July 26, 2004, when he and I were working at the Convention. We struck up a conversation on the first day of the Convention and soon realized we had a mutual friend. We crossed paths occasionally during the first two days and our interactions were cordial, but not flirtatious. We commiserated about our long work hours, and on the afternoon of the third day of the Convention, July 28, 2004, Mr. Fairfax suggested that I get some fresh air by accompanying him on a quick errand to retrieve documents from his room in a nearby hotel. Given our interactions up to that time, I had no reason to feel threatened and agreed to walk with him to his hotel. I stood in the entryway of the room and after he located the documents, he walked over and kissed me. Although surprised by his advance, it was not unwelcome and I kissed him back. He then took my hand and pulled me towards the bed. I was fully clothed in a pantsuit and had no intention of taking my clothes off or engaging in sexual activity. In the back of my mind, I also knew I needed to return to Convention headquarters. 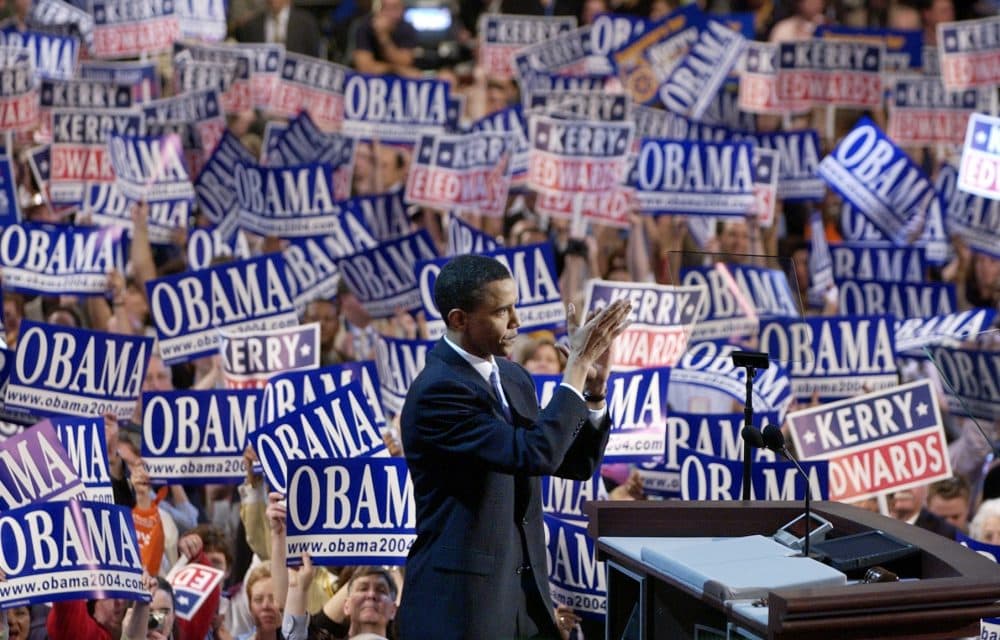 What began as consensual kissing quickly turned into a sexual assault. Mr. Fairfax put his hand behind my neck and forcefully pushed my head towards his crotch. Only then did I realize that he had unbuckled his belt, unzipped his pants, and taken out his penis. He then forced his penis into my mouth. Utterly shocked and terrified, I tried to move my head away, but could not because his hand was holding down my neck and he was much stronger than me. As I cried and gagged, Mr. Fairfax forced me to perform oral sex on him. I cannot believe, given my obvious distress, that Mr. Fairfax thought this forced sexual act was consensual. To be very clear, I did not want to engage in oral sex with Mr. Fairfax and I never gave any form of consent. Quite the opposite. I consciously avoided Mr. Fairfax for the remainder of the Convention and I never spoke to him again.

After the assault, I suffered from both deep humiliation and shame. I did not speak about it for years, and I (like most survivors) suppressed those memories and emotions as a necessary means to continue my studies, and to pursue my goal of building a successful career as an academic. At the time, I found this horrific incident especially degrading given my regular volunteer work at a local rape crisis center. Over the next decade or so, I would go on to earn my PhD from the University of Chicago and become a tenured professor at Scripps College, a prestigious women’s college in Claremont, California.

Years later, in October of 2017, I saw a picture of Mr. Fairfax accompanying an article in The Root about his campaign for Lt. Governor in Virginia. The image hit me like a ton of bricks, triggering buried traumatic memories and the feelings of humiliation I’d felt so intensely back in 2004. Prior to reading the article, I had not followed Mr. Fairfax’s career and did not know that he was seeking public office. Unsure of what to do, I felt it was crucial to tell close friends of mine in Virginia, who were voters, about the assault.

That October, as the #MeToo movement intensified, women throughout the world began forcefully speaking out about the sexual violence they had experienced and the impact of those experiences on their lives. The courage of so many women coming forward to confront powerful men and systems that allow such abuse to occur are part of what inspired me to action. I felt a responsibility to myself, the beloved students I teach, and the brave women I’ve tried to help overcome their own trauma. The passion and resolve of so many survivors, coupled with the job security that tenure afforded me, gave me the strength I simply did not have in 2004. By December 2017, I not only told many friends that Mr. Fairfax had sexually assaulted me but I also reached out to a personal friend at The Washington Post and spoke to his colleague about the assault.

After The Washington Post decided in March 2018 not to run my story, I felt powerless, frustrated, and completely drained. Again I tried to bury memories of this painful incident and focus on my work and my students.

On February 1, 2019, as stories appeared in the media suggesting that Governor Northam would have to resign and that Mr. Fairfax would be sworn in as Governor, I felt a jarring sense of both outrage and despair. That night I vented my frustration on Facebook in a message that I wrote as a private post. I did not identify Lt. Governor Fairfax by name but stated that it seemed inevitable that the campaign staffer who assaulted me during the Democratic Convention in 2004 was about to get a big promotion. It was not my intention in that moment to inject myself into what has become a much larger political battle.

The following morning, I was inundated with messages of concern from friends — including many I had told about the sexual assault — and numerous inquiries from journalists who had become aware of my post. Over the weekend, I was undecided about whether to speak out publicly. I knew that if I did so, I would immediately face accusations about my motives and be branded a liar, as is routinely the case when women come forward with allegations of sexual misconduct against prominent men.

On Sunday night, before I had time to decide on a course of action, an online publication published a screenshot of my Facebook post, identified me by name, and posted pictures of me. In response, at 2:55 a.m. on February 4, 2019, Mr. Fairfax issued a statement further escalating this matter by calling me a liar and falsely characterizing the reasons The Washington Post decided not to run a story about my allegations. The Post was forced to repudiate Mr. Fairfax’s statement that there were “significant red flags and inconsistencies within the allegations” which led it to decide not to publish a story about my account. Rather, as is often the case in situations where sexual assault by an acquaintance occurs behind closed doors years earlier, it is difficult to corroborate either the victim’s allegations or the accused’s denials. 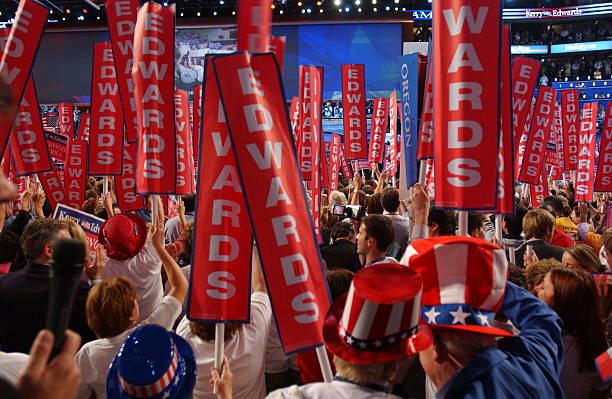 Mr. Fairfax’s suggestion that The Washington Post found me not to be credible was deceitful, offensive, and profoundly upsetting. He has continued a smear campaign by pointing reporters to a 2007 educational video in which I talked about being the victim of incest and molestation. In that video I did not talk about being assaulted by Mr. Fairfax. This, of course, is not proof that he did not assault me. His reliance on this video to say the opposite is despicable and an offense to sexual assault survivors everywhere.

Since October 2017 when I first began telling friends about the assault, I have never wavered in my account because I’m telling the truth. I have no political motive. I am a proud Democrat. My only motive in speaking now is to refute Mr. Fairfax’s falsehoods and aspersions of my character, and to provide what I believe is important information for Virginians to have as they make critical decisions that involve Mr. Fairfax.

With tremendous anguish, I am now sharing this information about my experience and setting the record straight. It has been extremely difficult to relive that traumatic experience from 2004. Mr. Fairfax has tried to brand me as a liar to a national audience, in service to his political ambitions, and has threatened litigation. Given his false assertions, I’m compelled to make clear what happened. I very much wish to resume my life as an academic and professor. I do not want to get further embroiled in this highly charged political environment.