Dear US Congressional Dems, Why Are You Not Ordering President Trump’s Tax Returns?

My million dollar question: Why is the US House Ways and Means Chairman Richard Neal (D-Mass.) delaying the ordering of the republican President Donald Trump’s IRS tax returns when a letter would do the trick?

There is no credible investigation of anyone’s financial wherewithal without taking a look at his/ her IRS tax returns. Why would Democrats resist using their power as the newly elected US House majority to do their due diligence by neglecting or avoiding taking this step?

The US House oversight duties should not be avoided because the process may be cumbersome.  According to the Washington Post, Rep. Neal has suggested that the request would provoke a “long and arduous” court case, analogous to the subpoena battles that Congress in recent years has waged to at best checkered results. This is a lie as it is just a matter of issuing a letter.

Dear Readers, Please contact your US Congressional representatives to let them know that there’s a reason that they were recently elected. “We the people” expect them to do their jobs.

On February 20, 2019, Harry Litman of the Washington Post penned the following opinion piece, “To get Trump’s tax returns, Democrats just need to send a letter”

“There were widespread expectations when the Democrats took control of the House that an early, if not the first, order of business would be to go after President Trump’s tax returns.”

“Speaker Nancy Pelosi (D-Calif.) said this month (February 2019) that the House would pursue the returns, something she noted Americans overwhelmingly support. But she added, “We have to be very, very careful as we go forward. It’s not an issue of just sending a letter. You have to do it in a very careful way.”

“Actually, it is more or less an issue of just sending a letter. Pelosi, and House Ways and Means Chairman Richard Neal (D-Mass.), are being unduly skittish.”

“Neal has declined even to offer a timeline of when he would seek the returns. He has suggested that the request will provoke a “long and arduous” court case, analogous to the subpoena battles that Congress in recent years has waged to at best checkered results.”

“But there is a critical difference in the legal authorities governing a request for tax returns and a general congressional subpoena.”

“The law that permits Neal, as head of Ways and Means, to receive Trump’s returns is simple and clear: 26 U.S.C. §6103(f) specifies that “upon written request from the chairman of the Committee on Ways and Means of the House of Representatives … the Secretary [of the Treasury] shall furnish such committee with any return or return information specified in such request.” The return is furnished in closed executive session.”

“Shall” means, well, shall. The language is the well-established norm, across a range of legal settings, used to denote an absence of discretion on an official’s part. It leaves no room for quibbles by the secretary.”

“The distinction between discretionary and mandatory action actually originates from  Marbury v. Madison, the fountainhead of U.S. constitutional law. In that case, Chief Justice John Marshall explained that Secretary of State James Madison had no discretion to refuse to deliver judicial appointee William Marbury’s commission, which the law specified he “shall make out and record, and shall affix.” (Famously, the court held that it lacked jurisdiction to provide a remedy, establishing the vaunted constitutional power of judicial review.)”

“The straightforwardness of the command in §6103(f) is clear from the neighboring section, §6103(i), employed by prosecutors to inspect tax records, which “shall be open” to inspection or disclosure based on an ex parte order from the court. The practice is entirely routine and swift, usually taking less than a week. I know of no attempt by the secretary of treasury ever even to argue discretion not to comply.” 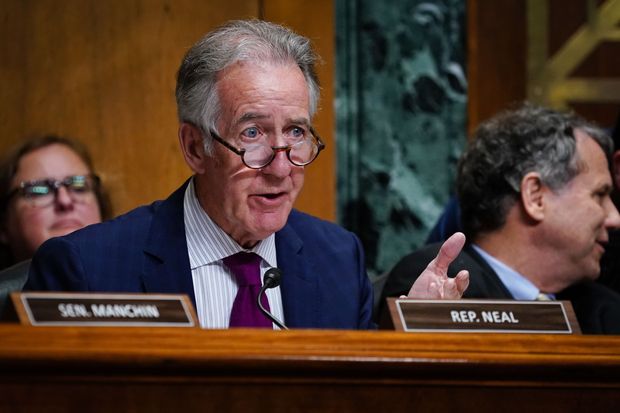 “Similarly, there is not a single case suggesting that the secretary has discretion not to comply with such a written request by the chairman of the Ways and Means Committee. Some scholars have opined that the request should demonstrate that Congress is pursuing a legitimate oversight objective, rather than, say, just engaging in political harassment. The law does not provide for even this much, however; in any event, it would be easily satisfied by a request for the president’s taxes given the valid legislative concerns about the possible implications of Trump’s financial entanglements.”

“Compare this state of affairs with the law governing enforcement of congressional subpoenas. Congress’s power to issue subpoenas, an adjunct to its need to legislate effectively, is broad. But it is nevertheless subject to limitations that can trigger prolonged court battles. In brief, challengers can move to quash on the grounds that Congress hasn’t shown that the subpoena seeks pertinent, admissible and specific information.”

“Regardless, the basic point remains: Neal could request Trump’s returns tomorrow, and  (Treasury Secretary Steven) (Mnuchin would have no apparent legal basis for refusal or delay.”