The republican President Donald Trump is doing it again. He and his GOP sycophants in the White House and the US Congress have lied about how much of an US economic upsurge they were predicting of up to 4% per year for the foreseeable future. This increase in the GDP numbers was predicted to insure enough tax revenues to pay down the extra 10 year bill of $1.5 trillion dollars added to the US deficit to pay for the boondoggle of the 2017 Tax Cuts and Jobs bill which rewarded mostly the GOP donor class.

This was a lie. The rosiest GDP numbers configured by reputable economists have the US GDP (Gross Domestic Product) figures growing at a rate of anywhere 2-2.6% per year annually starting in 2019 and for the next 10 years. But of course, President Trump doesn’t approve of this reality, and so he’s making his own predictions at 5%. His own internal White House experts have dampened the president’s expectations with growth estimates ranging from 2.8-3%.

PS. In 2017, the GOP senators had planned to use the savings incurred by their ending ACA/ Obamacare to pay for their 2017 tax cuts bill instead of adding  $1.5 trillion dollars to the deficit over 10 years. But fortunately, they were not able to kill Obamacare because of that one vote by the republican Senator John McCain.

That GOP 2017 trickle down economics tax cuts bill was enacted at a time when the US economy was experiencing record soaring stock market increases, almost full employment, corporations making record profits while sitting on tons of cash.

The republicans, the supposed deficit hawks not only cut taxes by adding a minimum of $1.5 trillion dollars over 10 years to the US deficit, they compounded this reckless move by significantly increasing spending.  This was done with monies that we as taxpayers could ill afford. They knew that the rosy economic growth forecasts resulting from this tax bill of 3-4% were very unlikely, and that the US deficit would balloon, which it has. What did they think was going to happen to the economy? This can be described as the GOP’s definition of capitalism with no brakes. (See: United States GDP Growth Rate – Forecast – Trading Economics) 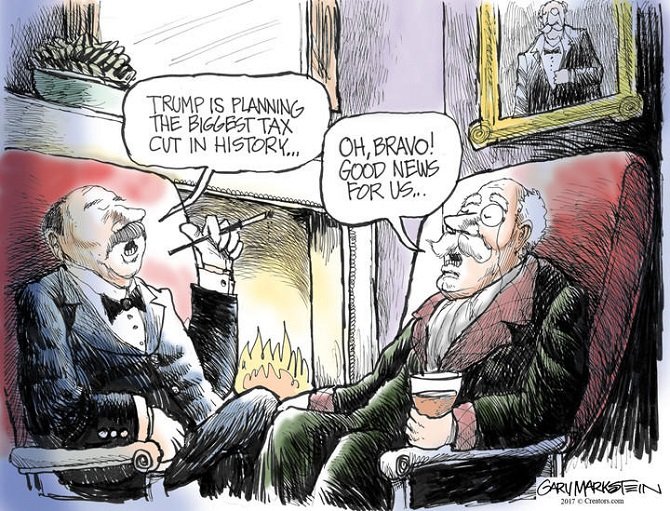 This is why President Trump has submitted the White House’s  2020 proposed budget plan where he and his GOP cronies’ only real solution to the problem of ballooning US deficits over the next decade is to cut entitlement spending. This is the big lie. This existing problem starts with a poorly crafted 2017 GOP tax cuts bill with lots of give-aways to the very rich which we could ill afford. This can be tweaked.

“The Trump administration pushed a $1.5 trillion tax cut through Congress in 2017 on the promise that it would spark sustained economic growth. While the tax cuts have goosed the economy in the short term, officials now concede they will not be enough to deliver the 3 percent annual growth the president promised over the long term.”

“To produce that average growth rate for the next decade, White House forecasters say, the American economy would need additional rollbacks in labor regulations, a $1 trillion infrastructure plan and another round of tax cuts.”

“Getting all those policies implemented would be highly unlikely, given a divided Congress and a ballooning federal deficit, which could limit lawmakers’ appetite to spend money on a new tax cut or infrastructure plan.”

“But without those additional steps, the president’s economic team predicts in a report released on Tuesday that growth would slow to about 2 percent a year in 2026. That is the year when many of the individual tax cuts included in the 2017 law are set to expire, essentially producing a tax increase for millions of Americans.”

“Most forecasters project economic growth of about 2 percent in the medium and long run for the United States, but that rate would fall far short of the heady promises that President Trump has made about his ability to fuel the American economy. Mr. Trump has predicted growth of as much as 5 percent, while his advisers have routinely promoted 3 percent as the new normal. Growth averaged just over 2 percent from 2010, the first full year after the Great Recession ended, through 2016, when Mr. Trump was elected to the White House.”

“Even if all the new measures were adopted, growth would slow over time, but it would still stand at 2.8 percent at the end of the decade, the White House forecasters say.”

“Mr. Trump’s Council of Economic Advisers outlined the projections on Tuesday in the annual Economic Report of the President. As is customary for all administrations, Mr. Trump’s advisers built their forecasts around the presumption that all of Mr. Trump’s policy proposals would be enacted in the years to come.”

“Those include making permanent the individual tax cuts from 2017 and the infrastructure package that Mr. Trump occasionally mentions in speeches, but that has never gained serious consideration in Congress.”

“They also include steps to roll back regulations — many of which are at the state level and out of the control of Congress — that the administration says serve as a barrier to more Americans working. It cites occupational licensing rules, which restrict workers from entering certain fields without certification, and regulations that raise the cost of child care, such as caps on the ratio of children to staff in day care centers.

One way to reduce the financial burdens of child care for both single and married females considering working is to reduce the direct costs of care,” the report says, adding, “Regulations that impose minimum standards on providers can decrease the availability and increase the cost of obtaining care, thus serving as a disincentive to work.” 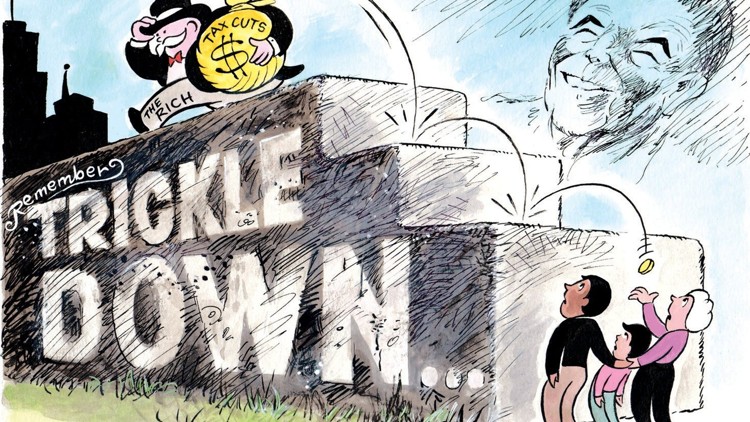 “Although the White House forecasts consider those deregulatory efforts and infrastructure spending to be nearly as important to growth as tax cuts, Mr. Trump has made relatively little effort to push states and Congress to enact them.”

“The reliance on new policies to power additional growth helps explain some of the difference in optimism for future growth between White House forecasters and their counterparts in the Federal Reserve, the Congressional Budget Office and the private sector, who all project significantly slower growth over the next 10 years than Mr. Trump does.”

“It does not explain why the White House has so much more faith in 3 percent growth this year than other forecasters, who have whittled down their expectations for 2019 in light of increased global obstacles to growth and weaker-than-expected readings of the domestic economy so far this year.” 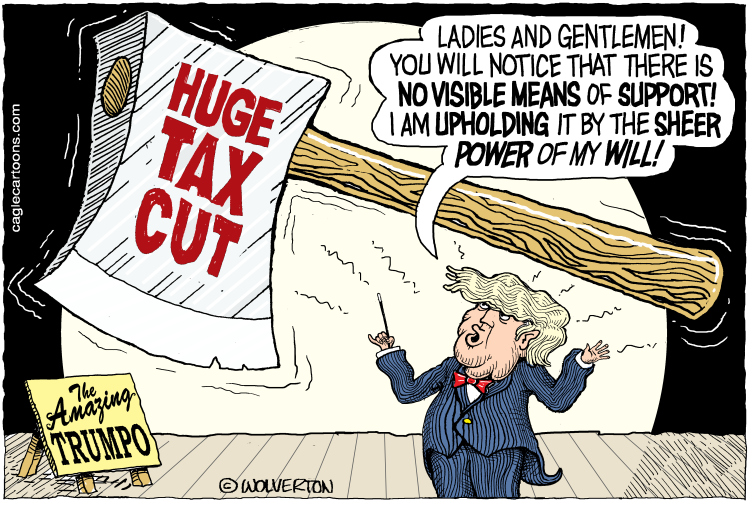 On Wednesday, the Fed will release its new economic projections, which many analysts expect will show a slight softening in growth as a result of a prolonged trade war and an economic slowdown overseas.

The forecast that the Council of Economic Advisers released on Tuesday predicts 3.2 percent growth for 2019 — nearly a full point higher than the growth expected by the Fed.

The chairman of the Council of Economic Advisers, Kevin Hassett, said the administration’s faith in long-term economic growth came from their forecasters’ ability to correctly peg growth in 2017 and 2018.