The US House Democratic Leadership and others who have been resistant to commencing at least an impeachment inquiry which doesn’t have to result in an impeachment vote against the president, based on the FBI’s 3/22/2019 Mueller report which details the impeachable offenses committed by President Trump as being equal to or exceeding the seriousness of those crimes that were filed against President Richard Nixon in 1974, have been arguing the point that there isn’t any practical value to opening a formal impeachment inquiry, as exemplified by recent court rulings that have been favorable to the US House oversight committees in its collection of financial data.

The following legal analysis disputes the above claims. Here’s the rest of the story…

On May 28, 2019, Michael Stern of Just Security penned the following analysis, “How Impeachment Proceedings Would Strengthen Congress’s Investigatory Powers”

“According to published reports, Speaker Nancy Pelosi doubts there’s any practical value to opening a formal impeachment inquiry regarding President Trump. She told one group that “she was unsure that opening [such an] inquiry would help Congress obtain any more information than it was already getting from its investigations.” Supporters of this view cite the House’s recent quick victories in 2 cases involving Trump’s private financial records as evidence her approach is working.”

“While it’s true that the House has substantial powers of inquiry apart from impeachment, there’s little doubt that initiating impeachment proceedings would strengthen its investigatory position considerably. Historically the House’s impeachment powers are integral to its status as the “grand inquest of the nation.”*James Wilson, a framer of the Constitution and one of the original justices of the Supreme Court, explained in his 1791 Lecture on Law that the House’s role in impeachment derives from the law of England, where “[a]n impeachment is … a presentment to the most high and supreme court of criminal jurisdiction, by the most solemn grand inquest of the kingdom.” Because the House’s function in impeachment is judicial in nature, it implies the same authorities to obtain evidence as enjoyed by a court. As an 1843 House report stated: “The House has the sole right of impeachment … a power which implies the right of inquiry on the part of the House to the fullest and most unlimited extent.”

“At a nuts and bolts level, a resolution establishing an impeachment inquiry enables the House to bestow on the Judiciary Committee special authorities for purposes of its investigation. Molly Reynolds and Margaret Taylor correctly point out that the most important powers conveyed in prior impeachment proceedings, such as subpoena and deposition authority, are now part of the standing authorities enjoyed by the Judiciary Committee (among others). Nevertheless, there are additional useful authorities, such as the power to gather information in foreign countries, that could be granted as part of an impeachment inquiry. That’s no small matter in an impeachment that may involve foreign emoluments and international affairs.” 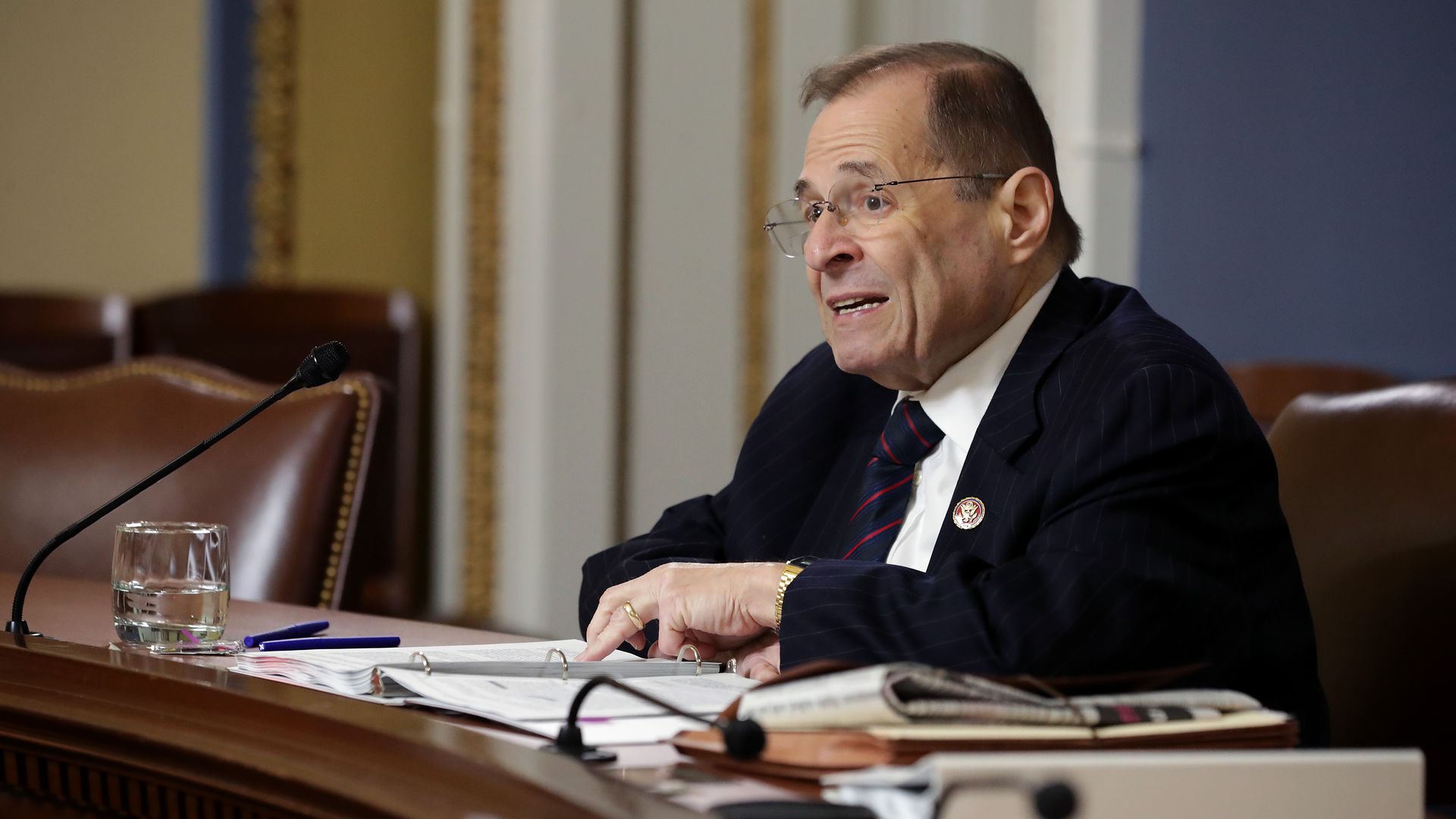 “More importantly, an impeachment inquiry establishes with greater certainty the congressional need for evidence that bears upon the conduct of the office holder in question and any high crimes and misdemeanors he may have committed. The Executive Branch has long maintained that Congress’s need for information for ordinary legislative purposes is diminished because legislation can be crafted without a detailed understanding of any particular factual situation. The Executive Branch relies in part on the D.C. Circuit’s decision in Senate Select Committee v. Nixon, in which the court denied the Senate committee access to the Watergate tapes because the House Judiciary Committee, which was conducting an impeachment inquiry, already had those tapes. This shows, according to the Executive Branch’s consistent line of argument, that the legislative need for information is less compelling when it is merely for oversight purposes. Opening an impeachment inquiry undercuts any attempt by the administration to use Senate Select Committee in this manner.”

Another common line of attack against congressional subpoenas is that they constitute efforts to exercise judicial or law enforcement powers, rather than good faith attempts to gather information for legislative purposes. White House Counsel Pat Cippollone advanced this argument in a May 15, 2019 letter to Judiciary Chairman Jerry Nadler. Cippollone contended that the committee’s inquiry into the Mueller report “is designed, not to further a legitimate legislative purpose, but rather to conduct a pseudo law enforcement investigation on matters that were already the subject of the Special Counsel’s long-running investigation and are outside the constitutional authority of the legislative branch.” Duplicating a law enforcement inquiry in this fashion, he argued, amounts to a prohibited attempt to “expose for the sake of exposure.”

“Although such arguments invariably fail when raised by private parties to challenge the validity of a congressional subpoena ab initio (as Trump’s private legal team discovered in the two recent cases involving his financial records), a lawsuit between the executive and legislative branches is a different matter. In these disputes, courts must balance the constitutional interests of the political branches and therefore may well apply closer scrutiny to the legislative need for the particular information in question. If the House is seeking information for an impeachment inquiry, however, it is exercising a judicial function and should be entitled to the same presumption of a “right to every man’s evidence” that applies in the context of a federal court or grand jury proceeding. Just as the Supreme Court held in United States v. Nixon that a court’s need for information in a criminal case overcame the president’s assertion of executive privilege for White House tapes, the House’s need for relevant information in an impeachment inquiry would entitle it to access to information presumptively protected by executive privilege.”

For another example, consider the current dispute between the House and the Trump administration over the testimony of former White House Counsel Don McGahn. The Office of Legal Counsel issued an opinion finding that McGahn is immune from even having to appear before a congressional committee. Its opinion, however, contains no mention of the impeachment power, which is certainly not accidental. Whatever one thinks of OLC’s immunity theory in the context of ordinary congressional oversight (and I admit I do not think much of it, nor did a federal district court in 2008), it would be absurd for the Executive Branch to argue that White House aides, who have no constitutional status at all, are somehow immune from testifying in an impeachment proceeding as fact witnesses to alleged high crimes and misdemeanors.

“Initiating an impeachment proceeding will also assist the House Judiciary Committee in getting access to grand jury information protected by Federal Rule of Criminal Procedure 6(e). Under the D.C. Circuit’s decision just last month in McKeever v. Barr, the committee cannot obtain access to certain redacted portions of the Mueller report and other grand jury materials unless it can establish the disclosure is “preliminarily to or in connection with a judicial proceeding.” McKeever recognized, in accordance with longstanding precedent, that impeachment is a “judicial proceeding” within the meaning of the rule. The framework is clear. The committee must demonstrate that it seeks the information for impeachment, rather than merely oversight, purposes, a showing that is more difficult if impeachment proceedings have not even commenced.” 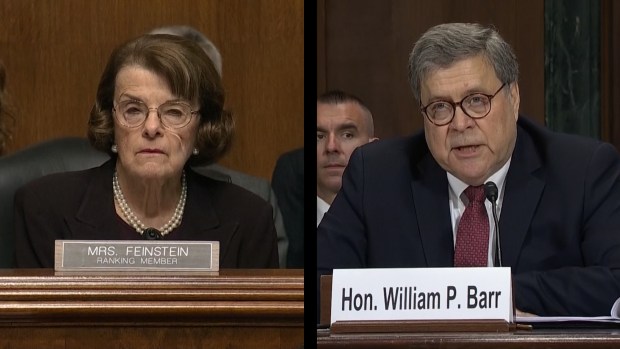 “While more speculative, it’s plausible that impeachment proceedings will also help the House convince federal judges that its disputes with the executive branch are justiciable, that is, the issues can be addressed and resolved by the courts. Although there are strong arguments in favor of allowing Congress to take the administration to court to enforce its subpoenas, appellate courts (including the Supreme Court) have been reluctant to recognize a broad congressional right of standing. The underlying concern is that such actions risk opening a floodgate of lawsuits between the political branches. Courts would likely prefer to resolve information disputes between Congress and the administration in the limited context of an impeachment inquiry (which would favor Congress), leaving broader questions of congressional standing for the future.”

It is also likely that subpoena enforcement suits for impeachment purposes will be handled more expeditiously by the courts. When information is sought solely for oversight purposes, it is difficult to convince judges that there is urgency in securing evidence given how slowly the legislative process itself moves. For example, when the House Judiciary Committee brought suit in 2008 to secure the testimony of Bush White House aides in its investigation of the firing of certain U.S. attorneys, the district court ruled in the committee’s favor but the D.C. Circuit stayed that decision, finding no particular need for a speedy resolution of the case. By contrast, there is a clear urgency to resolve impeachment matters.”

“Finally, initiating an impeachment inquiry provides the House with several “self-help” options to better secure the production of information. First, to the extent the House wishes to employ the remedy of inherent contempt (in which the House through its own agents would detain or fine a contumacious witness), this strategy would be most defensible in an impeachment proceeding where the House is exercising a judicial function. Second, if President Trump continues to defy or direct others to defy congressional subpoenas especially for appearance before an impeachment hearing, this in itself could support an article of impeachment. Third, the House could draw an adverse inference from the unjustifiable failure to produce evidence.”

“In short, initiating a formal impeachment proceeding, though not a silver bullet, would significantly enhance the House’s ability to gather relevant information in a timely fashion. Claims that oversight hearings are equally powerful are just wishful thinking.”