I’ve been posting blogs arguing in favor of the US House Democrats doing what they were elected to do in November 2018 which is to be a check on President Donald Trump. Why do they think they were able to attain a majority position in the US House of Representatives?

Yes, the policies like improving people’s access to affordable, quality healthcare helped but the overriding motivation was that the Democrats won big-time, so that they would fight hard to stop President Trump’s worst impulses and to prove to working peoples that they offer a better alternative in 2020.

Why do they think the majority of would be 2020 voters are currently favoring the selection of the VP Joe Biden to be the 2020 Democratic Party presidential candidate even though he may not be the best promoter of the policies that most candidates are championing? It’s because most folks are convinced that he’s the best candidate to win against President Trump.

The House Democrats are reading their current circumstances in the wrong light. They are depending on polls while trying to protect their Democratic members who narrowly won in purple states; and acting on fears based on past experiences like the 1998 House republican impeachment against President Bill Clinton which only made him more popular. The Clinton case is not remotely comparable to what’s been happening today. 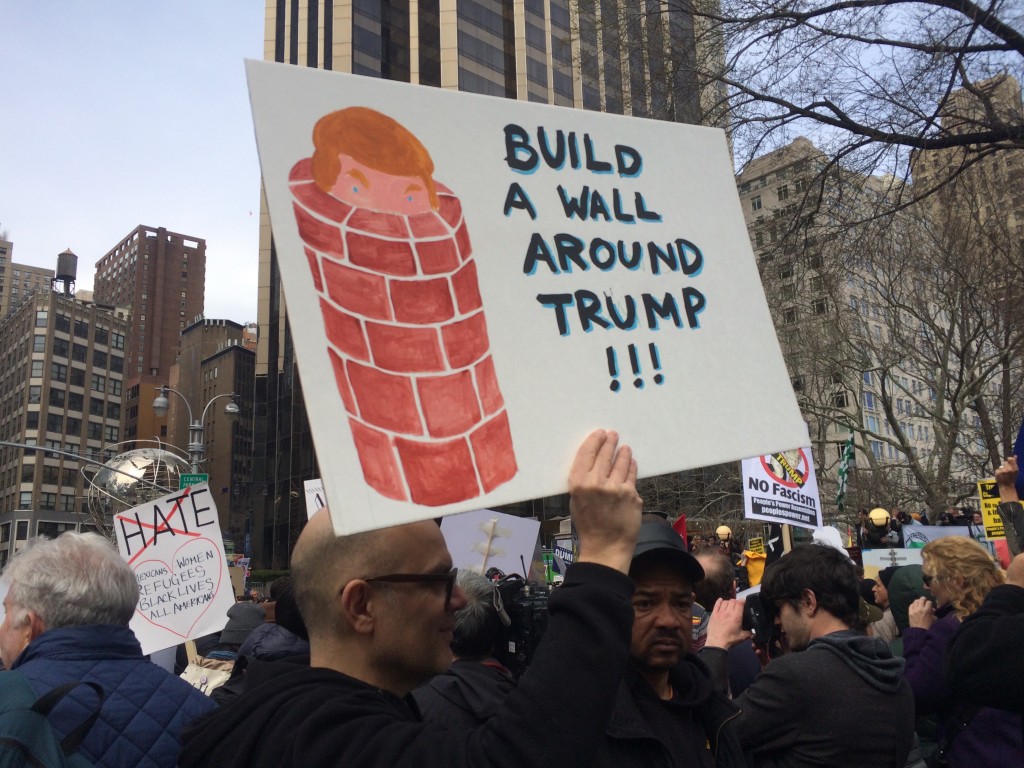 The congressional  GOP lawmakers have been tarred with being so fearful of losing their elected posts that they have not stood up to their standard bearer for his wrongdoings. Exactly, how are the Democrats any different?

As per the The 6/1/2019 Raw Story publication based on a Salon commentary by Amanda Marcotte, Why are the Democrats so reluctant to impeach Trump? Here’s one theory based on psychology:”

Democrats are clearly afraid to start an impeachment inquiry because they’re afraid it will backfire politically, even though support for impeachment is rising. In fact, history suggests that support will strengthen further if Democrats have the guts to push for it. Republicans also clearly believe impeachment will hurt them, which is why half of them are in a full-blown panic while concern-trolls of the right like Karl Rove and Marc Thiessen, who live to sabotage Democrats, keep offering disingenuous “advice” to Democrats not to impeach.” 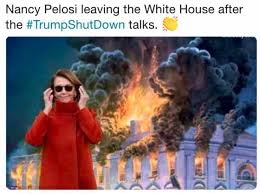 As many astute writers have noted, there’s no real way to know how this will all play out. Yes, impeaching Trump, understanding full well that the Republican Senate will likely acquit him, is a risk. But it’s also a risk not to impeach Trump, because it makes Democrats look triangulating and cowardly and makes it easier for Trump to continue to cover up and distort the facts. Why on earth, then, do Democrats feel more anxiety about the threat of impeachment than the very real threat of non-impeachment?

“There’s a concept in behavior psychology and economics that can help explain what’s going on here: Loss Aversion.”

“Even though there is a near-100% chance that the Republican-controlled Senate will refuse to convict Trump regardless of the evidence against him,  the potential for reward is high for Democrats. As Dan Pfeiffer at Crooked Media argued, impeachment hearings “may be the only way to wrest the microphone from Trump” and expose his corruption in a way that makes the American public finally understand the breadth and severity of the situation. Not only could that process irreparably damage Trump, but by forcing Republican senators in swing states to vote against convicting him, it could damage their chances of re-election. Crucially, it could be a big step toward restoring some of the ethical norms of conduct that Trump has smashed through with his shameless corruption.”

“The risk is also incredibly high, to be sure. There’s a chance this could all backfire and Trump could effectively sell himself as a victim of a “deep state” conspiracy. Loss aversion theory helps explain why so many Democrats are more focused on the “risk” part of the equation than the “reward” part. Fear appears to be winning out over hope, at least for the moment.”

On May 28, 2019, Kevin M. Kruse of USA Today penned the following report, “Democrats need to get past impeachment jitters. It’s not 1998 and Trump is no Clinton.”

“As House Democrats consider impeaching President Donald Trump, some have looked to the 1998 impeachment of President Bill Clinton for guidance. In truth, however, there are few similarities between the two cases.”

“First and foremost, Clinton was a popular president while Trump is not. In January 1998, Gallup had Clinton’s approval rating at 58%; by the fall, it was 66%. Trump, in contrast, has never had an approval rating over 50% and currently stands at 42% with Gallup.” 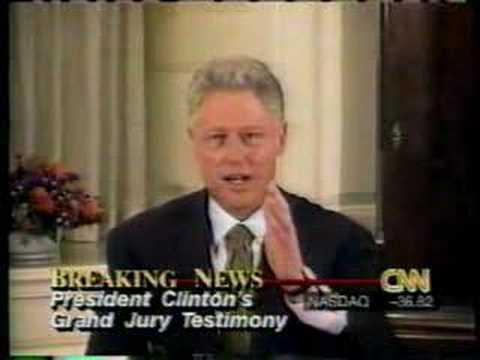 “Relatedly, the men who investigated these two presidents were seen in starkly different terms. Independent counsel Kenneth Starr, a former Republican investigating a Democrat, was widely perceived as a partisan. According to an April 1998 poll, 56% of Americans thought Starr’s goal was “hurting Clinton politically” while just 32% thought he wanted “to find the truth.” By late 1998, polls showed that almost 60% of the public disapproved of his work.”

“By contrast, special counsel Robert Mueller, a former Republican investigating a Republican, has not been seen as a partisan. While public attitudes have been mixed, Mueller’s net approval has remained positive throughout the inquiry, and the public has seen his work as a worthwhile cause. According to a March CNN poll, only 38% of respondents said the Mueller probe was “mainly an effort to discredit Donald Trump’s presidency” while 56% said it was “a serious matter that should be fully investigated.”

“Second, as those poll numbers suggest, the charges levied against the two presidents were not comparable. Starr was appointed to investigate the Clintons’ failed Whitewater real estate deal from the late 1970s. After several years, Starr found no wrongdoing on Clinton’s part and shifted attention to the president’s perjury about a consensual sexual affair with a former White House intern.”

Mueller did what he was supposed to

“Although Mueller was constrained by Department of Justice guidelines against indicting a sitting president, his final report nevertheless laid out 10 instances in which evidence suggested the president committed obstruction of justice, among other misdeeds.”

“A third difference between the past and the present is that House Republicans failed to present an effective case against Clinton, assuming that the Starr report had done their work for them. They called for impeachment on the campaign trail, but voters proved uninterested. While House Speaker Newt Gingrich predicted that Republicans would pick up 10-40 new seats in the 1998 midterms, his party lost five seats instead. Humiliated, Gingrich resigned from the speakership.”

“House Judiciary Chairman Henry Hyde proceeded with impeachment hearings during the lame duck session in December 1998 but scaled them back significantly. Unlike the dramatic hearings on the Watergate scandal, which over the course of several months made the case against President Richard Nixon and his men, through a patient presentation of evidence and gripping testimony from key figures, the hearings on Clinton’s impeachment were rushed through in just a few days and dismissed by a public that had already grown bored.” 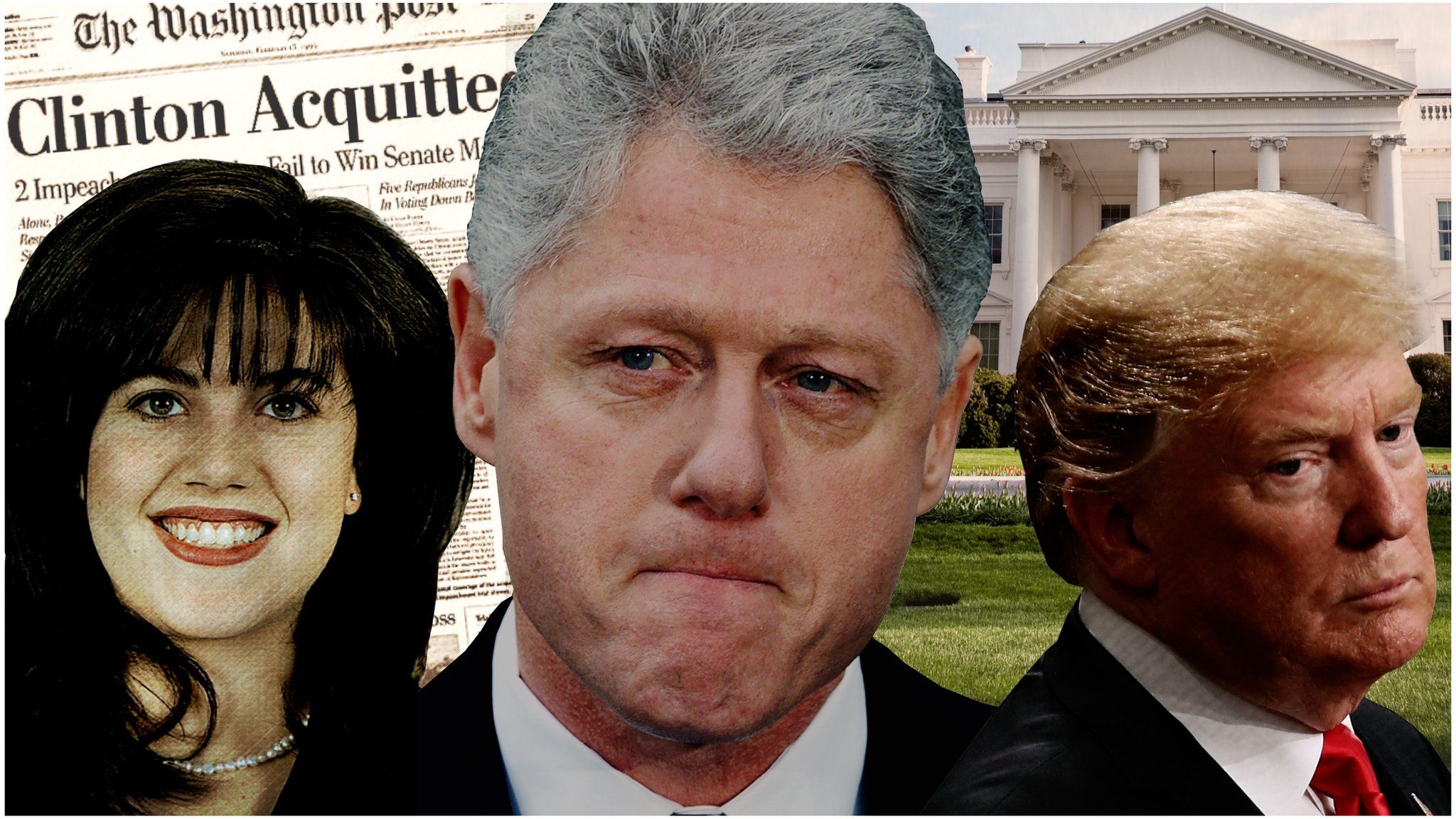 “The case for Clinton’s impeachment was weak to begin with, but House Republicans failed to realize that impeachment hearings offered a chance to convince the public of its necessity. Public opinion can be changed. Soon after the Senate select committee on Watergate launched its famous televised hearings in May 1973, for instance, only 19% of Americans thought Nixon should be removed from office. The televised hearings convinced more and more Americans that the president needed to resign or be removed.”

“That is one lesson House Democrats should draw from the Clinton saga. They cannot assume that the Mueller report has made the case on its own, especially now that the president and his attorney general have repeatedly misrepresented its conclusions. If Democrats decide to proceed with impeachment, they should make the case in clear and compelling terms.”

“(Many have noted that our media landscape is more fragmented today than it was in Nixon’s or even Clinton’s era and have argued that televised hearings wouldn’t make a difference today. But cable news would be consumed by a Trump impeachment, and Trump would surely be consumed by it, too.)”

“A second important lesson from the Clinton impeachment saga is that impeaching a president in the House but failing to secure conviction in the Senate is not the political loser many Democrats think it is. To be sure, Clinton’s approval rating rose as a result of the failed impeachment effort, but the impact was short-lived and isolated to him alone. Despite predictions that they would be punished at the polls, Republicans took back the presidency in the 2000 election and kept control of both houses of Congress.”

“In the end, if House Democrats believe that the president has committed impeachable acts, then they have a duty to launch impeachment hearings, full stop. Worrying about the political costs is not only a dereliction of their duty, but also a misreading of our history.”