Why Is President Trump Selling Arms To Saudi Arabia With Its Horrid Human Rights Record? 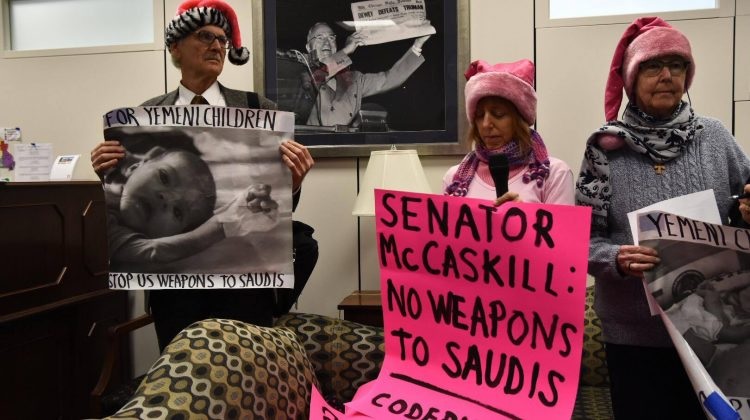 I can only hope that the GOP lawmakers in the US Congress join up with their Democratic Party colleagues to circumvent the republican President Donald Trump’s orders to have US companies sell military arms to Saudi Arabia, a country with a leader who has murdered a US resident and Washington Post journalist, Jamal Khashoggi and who has a record of executing political dissenters including children. It’s the same country that most of the terrorists hailed from who were responsible for the 9/11/2001 terrorist attack against American peoples on US soil.

Remember that Saudi Arabia is a predominantly Sunni country which practices a conservative version of Islam, Wahhabism. Many of those who have been executed are Shiites. Saudi Arabia’s hatred towards Iran is in part, because its peoples are Shiites. With the demise of the Sunni President Sadam Hussein, Iraq has become mostly, a Shiite country which has tilted the balance of power in the Middle East towards Iran.

As per a 6/9/2019 Hill report by Rebecca Kheel, “Senators are ramping up their efforts to block President Trump’s emergency arms sales to Saudi Arabia and other Gulf allies.”

“Lawmakers in both parties are feeling a sense of urgency to respond to Trump’s use of executive powers before the weapons are delivered to Riyadh and after he flirted with declaring yet another emergency, this time for tariffs on Mexican goods.”

“During the past week, senators introduced 22 resolutions — one for each sale — that would block the deals, an unprecedented congressional move following White House approval of emergency arms sales.”

“Sen. Lindsey Graham (R-S.C.), a staunch Trump ally, is among those supporting the resolutions. And senators say that his backing best illustrates the level of frustration on Capitol Hill.”

It’s obvious that President Trump couldn’t give a hoot about dealing with Saudi Arabia despite its horrid record of human rights’ violations, even when it involves a Shiite 10 year old child who participated in the 2011 Arab Spring protests.
Here’s the rest of the story…

On June 9, 2019, Megan Specia of the New York Times penned the following report, “Saudi Teenager Faces Death Sentence for Acts When He Was 10″ 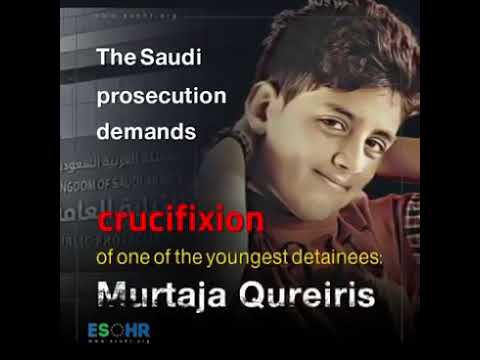 “A Saudi teenager held for more than four years without charge faces possible execution for acts he is accused of having committed when he was as young as 10, according to human rights groups tracking his case.”

“A death sentence for the teenager, Murtaja Qureiris, now 18, would be what the groups called one of the most egregious violations of legal protections for children in the world.”

“There are few more serious breaches of international law than the execution of a child,” said Maya Foa, director of Reprieve, one of the rights groups. She said that in seeking the death penalty for Murtaja, “the Saudi regime is advertising its impunity to the world.”

“The defendant was arrested at age 13 and has been in jail since.”

“The European Saudi Organization for Human Rights, which has been monitoring the case for years, said this past week that it had confirmed for the first time that the Saudi public prosecutor’s office charged Murtaja in August 2018 in connection with participation in the protests and recommended that he be executed.” 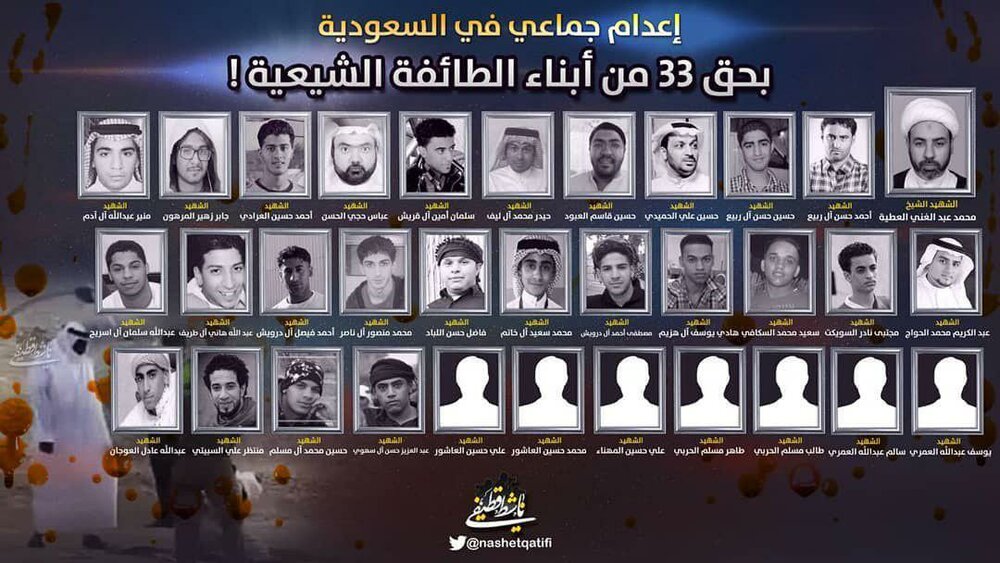 “The Saudi human rights group also said Murtaja had been held for years without charge, first in solitary confinement and without access to a lawyer, before he was coerced into a confession. Amnesty International confirmed that the public prosecutor’s office sought the death penalty for Murtaja when he was first brought to trial in August 2018.”

“Executions — often by beheading — are common in Saudi Arabia and rights groups say they typically come after years of imprisonment, torture and a sham trial. But it would be extraordinary even for Saudi Arabia to behead a defendant accused of acts committed while still a child.”

“The Saudi Embassy in Washington had no immediate comment on case. Saudi Arabia’s monarchy has long defended its heavy use of the death penalty.” 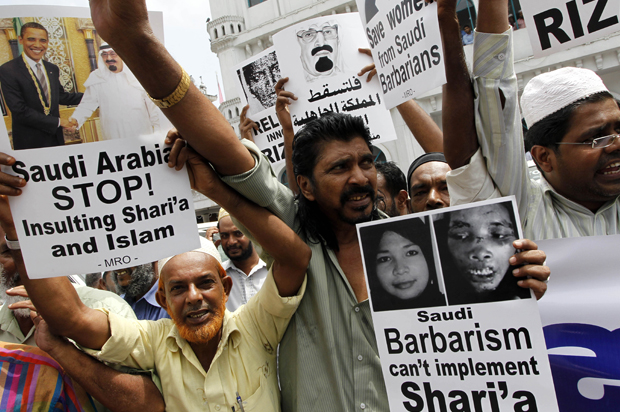 “Responding to questions in 2017 from the United Nations High Commissioner for Human Rights about executions, the Saudi government said the death penalty “can only be imposed for the most serious offenses and subject to the strictest controls” after due process. But rights groups say the death penalty is sought for minor offenses and punishment of minority groups and activists who defy the government.”

“There should be no doubt that the Saudi Arabian authorities are ready to go to any length to crack down on dissent against their own citizens, including by resorting to the death penalty for men who were merely boys at the time of their arrest,” said Lynn Maalouf, Amnesty International’s Middle East research director.

She said it was “appalling” that Saudi authorities were pursing the death penalty for charges that include taking part in protests while still a child.”

“Murtaja, a member of the country’s Shiite minority, was detained in September 2014, according to the European Saudi Organization for Human Rights, which published a detailed report on the case on Thursday (6/6/2019).”

“The Saudi monarchy adheres to an conservative version of Islam known as Wahhabism, which is ingrained in the country’s social norms, government and court system. And the government has often been accused of persecuting Shiites in Saudi Arabia, which is predominantly Sunni.”

“CNN published videos of Murtaja leading a crowd of other children at a bike protest in 2011. He was 10 at the time. It was the height of the Arab Spring uprisings sweeping the Middle East and North Africa and protests had engulfed the largely Shiite eastern provinces of Saudi Arabia. Those protests often ended in bloodshed or mass arrests.”

“Murtaja comes from a family of activists in Qatif province, part of the largely Shiite area in eastern Saudi Arabia.His older brother, Ali Qureiris, was killed while participating in a protest in 2011.

“The defendant’s first court session was in August 2018, nearly four years after he was detained. It was held at the country’s Specialized Criminal Court, an antiterror court first established in 2008 that has increasingly been used to prosecute human rights activists and protesters. His next hearing could be within weeks.”

“At least three other young men — Ali al-Nimr, Dawood al-Marhoon and Abdulla al-Zaher — who were also underage at the time of their alleged crimes, have been sentenced to death and are currently awaiting execution, according to the United Nations High Commissioner for Human Rights.” 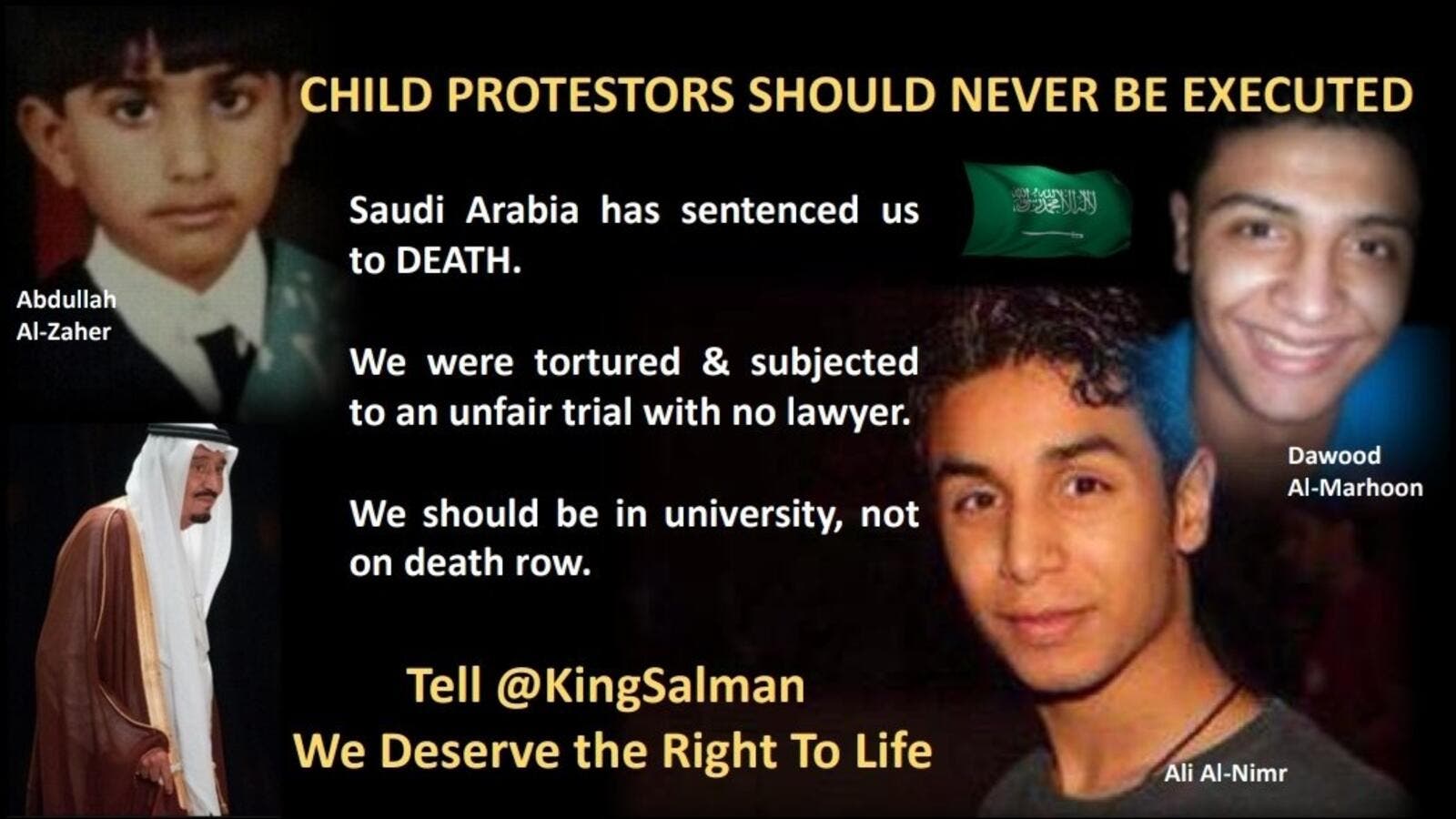 “This year, the Saudi state-run news agency has reported the mass execution of 37 men. At least 33 of them were Shiites. The men had been put to death for “their adoption of extremist, terrorist ideology and forming terrorist cells to corrupt and disturb security, spread chaos and cause sectarian discord,” the news agency reported.”

“The Saudi Arabian authorities have a chilling track record of using the death penalty as a weapon to crush political dissent and punish antigovernment protesters — including children — from the country’s persecuted Shia minority,” Ms. Maalouf said.

The mass execution in April 2019 was the largest since January 2016, when Saudi Arabia executed 47 men for purported terrorism offenses, including an outspoken Shiite cleric, Sheikh Nimr al-Nimr, who had criticized the kingdom’s treatment of its Shiite minority.

In the first 5 months of 2019, according to a report from Amnesty International, the Saudi authorities have executed at least 110 people.

Link to entire report: Saudi Teenager Faces Death Sentence for Acts When He Was 10

See: Saudi teen faces beheading and crucifixion for protesting as a child
NEWS.com.au