Because GOP Knows R-Word Is On Horizon, They’re Forced To Focus On Culture Wars

Yes, the GOP movers and shakers are worried sick that they’ll not be able to postpone the inevitable R-word until after the 2020 elections’ season. The booming US economy has been that one issue that’s still a positive factor under the republican President Donald Trump’s administration.

If the inevitable business cycle correction occurs prior to November 2020 where the US economy tanks, the only winning trump card that the Republican Party’s strategists have, is to stoke the “Culture Wars.”

See: Why Are Financial Experts Nervous About US Economy? It May Go South In 2020 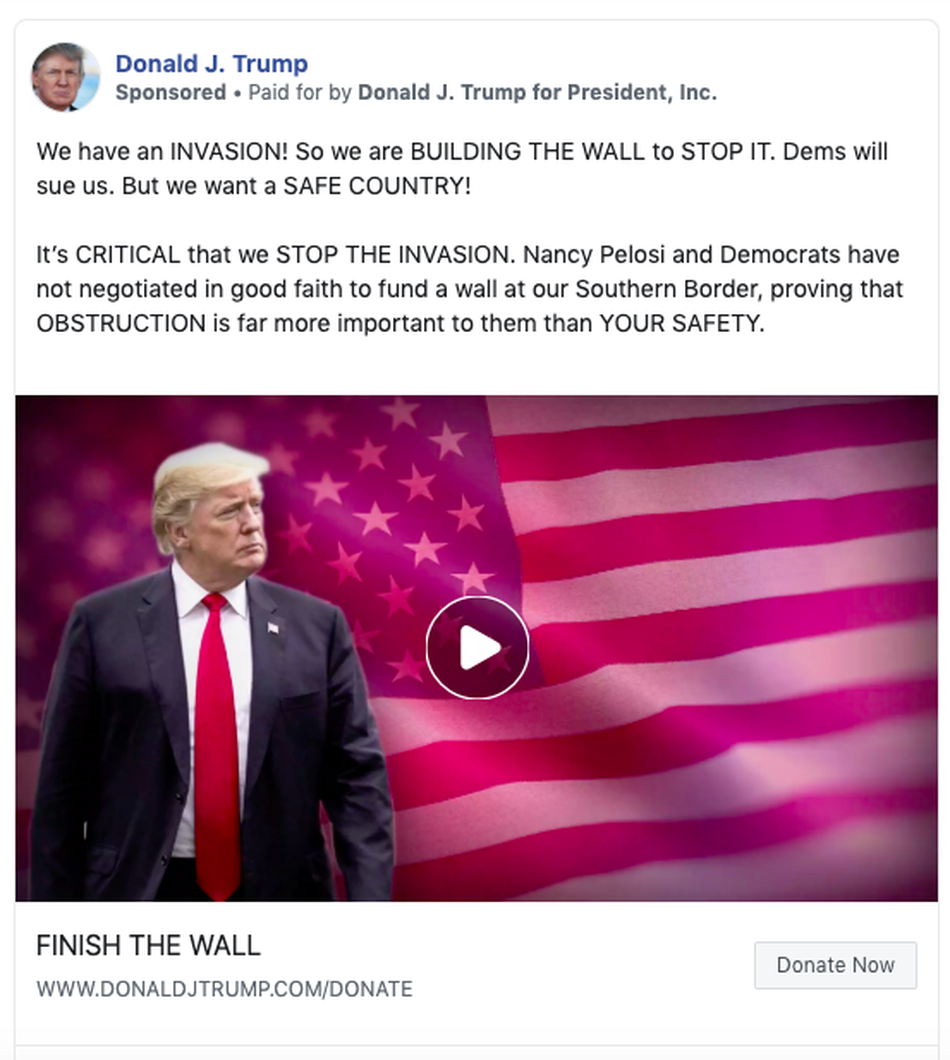 The Trumpian GOP coalition is comprised of White Evangelicals at about 35% of the GOP base, plus those who self identify as White nationalists, White Supremacists, Neo-Nazis and those who sympathize with their sentiments; 2nd amendment gun rights zealots; hard-line anti-immigration advocates against refugees of color, or of the Muslim community, or even of legal immigration; dark money donors, rich folks and business community executives who care more about corporate tax cuts and regulation roll backs, than President Trump’s racist ways or how he compromises US national security interests.

There’s no doubt in my mind that the president’s recent racist rhetoric towards even legal immigration as well as the Central American refugees seeking legal asylum in USA at US SW border along with the current undocumented hard- working folks living in the USA, is how President Trump plans to squeak out an electoral vote map victory.

There’s no room for ambiguity or nuance. Those openly supporting or who are mum  regarding President Trump’s current culture wars’ campaign strategy are complicit in his racist activities.

The Dems need to educate the public to the reality of how immigration has contributed to making the USA truly the great country in progress that it is, and how President Trump’s policies threaten this ideal.

Here’s a useful tidbit: “If all undocumented immigrants were deported in 2019, the Social Security trust funds would end up with approximately $13 billion less for benefit payouts in 2020. 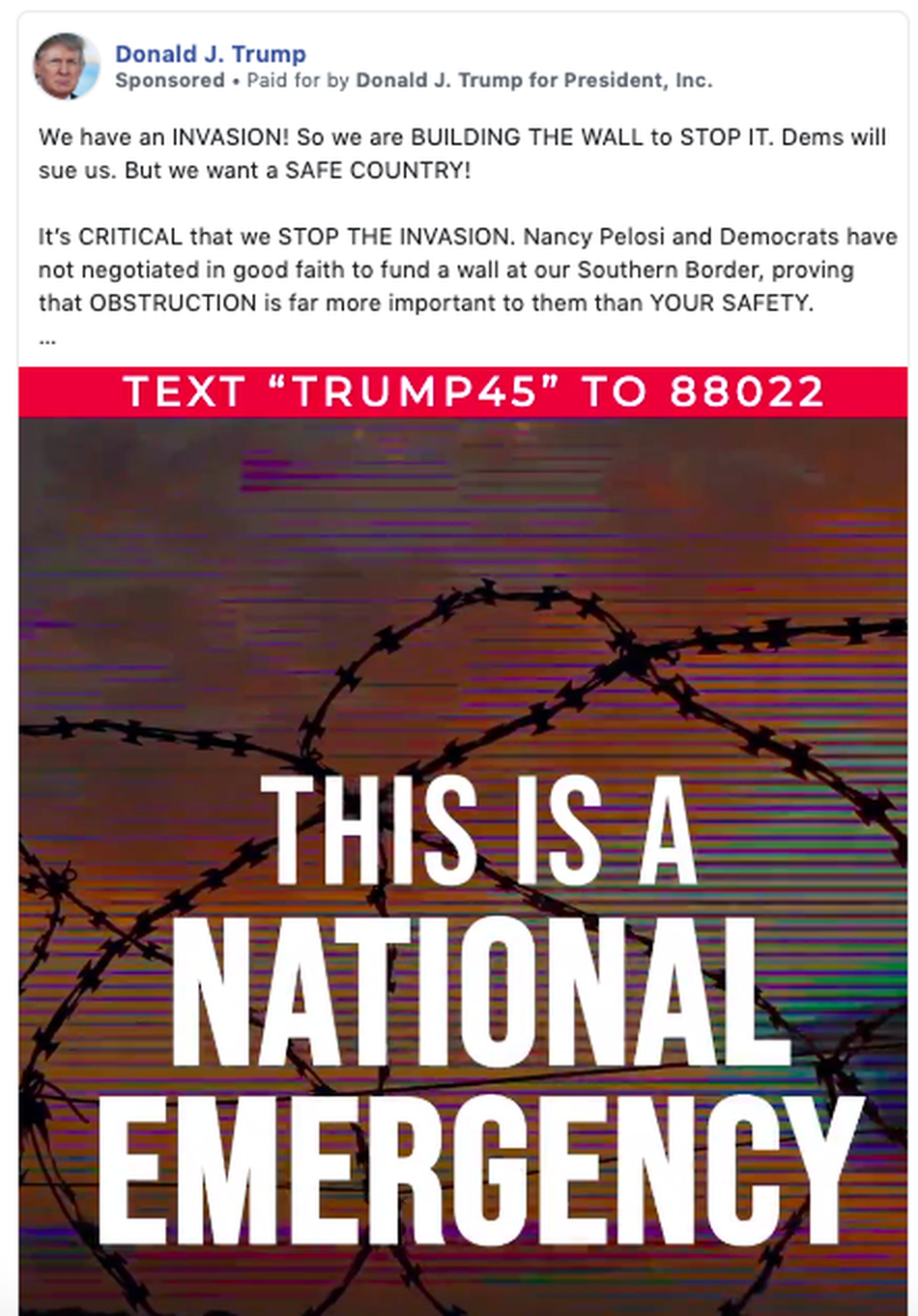 As per a 3/12/2019 Oxford University Press report, “Immigration is beneficial to economies, even after 100 years”

“A new study in the Review of Economic Studies finds that U.S. counties with more historical immigration have higher incomes, less poverty, and lower unemployment today.”

“An important issue in current American political discourse is the effect that immigrants have on the communities in which they settle. The focus has generally been on the short-term effects of immigrants. We know much less about the long-run consequences of immigration.”

“Researchers studied the effects of immigration into the US from 1850 to 1920, a period in which immigration to the country increased dramatically, and the immigration sources also changed. In 1850 over 90% of foreign-born people living in the United States were from Great Britain, Ireland, or Germany. By 1920, this figure was only 45%.”

“The authors found that immigration resulted in benefits that were felt soon after their arrival. Immigration resulted in more and larger manufacturing establishments, greater agricultural productivity, and higher rates of innovation. These findings are consistent with a long-standing narrative suggesting that immigrants contribute to economic growth by providing an ample supply of unskilled labor, as well as a smaller supply of skilled people, who bring with them knowledge and innovations that are important for development.”

The researchers also found that these economic benefits did not have long-run social costs. Places with more historical immigrant settlement today have similar levels of social capital, civic participation, and crime rates.

“What is fascinating is that despite the exceptionalism of this period in US history,” said the paper’s lead author, Sandra Sequeira. “There are several important parallels that one could draw between then and now: the large influx of unskilled labor, the small but important inflow of highly skilled innovators, as well as the significant short-run social backlash against immigration. There is much to be learned from taking a longer perspective on the immigration debate.”

As per 4/14/2019 Quartz report, “US immigrants pay billions of dollars in taxes each year” by Justin Rohrlich:

“Although president Donald Trump complains often and loudly about the costs he says immigrants impose on the United States, the numbers show a very different reality.”

“As tax filing season comes to a close, New American Economy, a bipartisan immigration research and advocacy group founded by former NYC mayor Michael Bloomberg, would like you to know just how much immigrants contribute to US coffers each year:”

“The organization further calculated the net economic benefit of immigrants to individual states, which comes to more than $12 billion in Texas, $18 billion in New York, and $38 billion in California.” 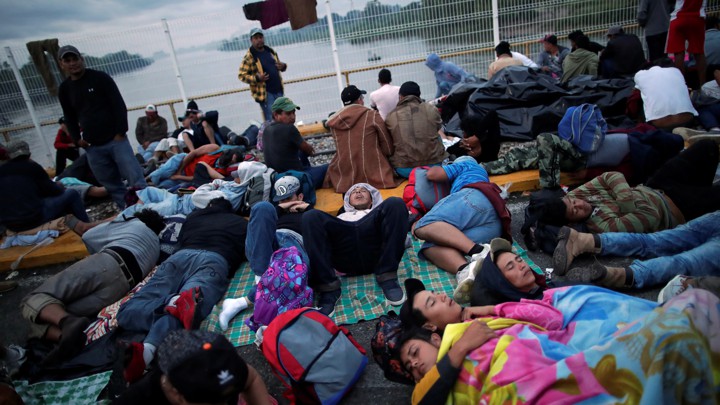 “Given that immigrants are younger, less likely to commit crimes, and are less likely to be eligible for welfare programs like Social Security or Medicare,” says Lim, “they end up contributing more money into the economy than they take out in public services.”

As per 1/28/2019 Marketplace report, “Undocumented immigrants quietly pay billions into Social Security and receive no benefits” by Nina Roberts:

“If all undocumented immigrants were deported today, next year’s Social Security trust funds would have approximately $13 billion less for benefit payouts. It’s a considerable loss of dollars, especially when it’s projected that the Social Security funds will be depleted by 2034.”

“Approximately 11 million undocumented immigrants live in the U.S. with no legal authorization to work, yet an estimated 8 million do, both on and off the books. Since undocumented immigrants don’t have Social Security numbers and are not authorized to work legally in the U.S., they are not eligible for any Social Security benefits, whether they’ve paid into the system or not.”

“Immigrant entrepreneurs create about a quarter of new businesses in the US with the numbers varying widely by location, according to a National Bureau of Economic Research working paper.”