It appeared that President Trump had changed his mind towards passage of this popular COVID 19 relief package as it became apparent that his former hardline bah-humbug stance could cost him a win in November 2020 elections. But I suspect that his change of heart was just for show because if he had truly gotten behind the revised HEROES Act, it would have happened.

While President Trump put on a show of wanting to pass a COVID 19 relief bill, the US Senate Majority Leader Mitch McConnell was less than enthusiastic.

Since the Spring of 2020, ALEC, the U.S. Chamber of Commerce, the National Federation of Independent Businesses, and Senate GOP had been pushing for sweeping limits on civil liability of employers for COVID19 illnesses and deaths in the workplace in order for Senator McConnell to consider legislating any HEROES Act / COVID 19 relief package. I can’t help but question if his demand for legal liability immunity regarding COVID 19, included the US Congress. This has been his red line.

So, what’s the real reason President Donald J Trump along with his GOP cronies arrived at the decision to back away from participating in the latest coronavirus relief negotiations, as of 10/6/2020, when this would amount to political malpractice, as 75% of Americans favor enacting a significant COVID-19 relief bill?  Even the Federal Reserve has gone on the record with advice that the US economy requires this infusion of monies to remain viable.

The latest $2 plus trillion COVID-19 bill, the Revised HEROES Act passed by the US House,  included some funding to be diverted to state and local economies to help local leaders with their dwindling budgets due to a major reduction in tax revenues resulting from the 2020 coronavirus pandemic.

But as detailed in the below 5/5/2020 Business Insider article, GOP leaders backed by ALEC/ Koch Network dark money donors hate the concept of any relief monies being allotted to blue  (Democratic Party led ) states/ public unions about as much as they despise the ACA Obamacare.

Since 1973, these GOP dark money donors have literally invested billions to bust corporate unions/ pension funds with considerable success but they have yet to achieve these goals with public unions/ pensions for state employees like teachers, police officers, firefighters, etc.; and to end the 2010 ACA Obamacare bill. These objectives are still of primary importance to ALEC type, GOP dark money donors.

As per 5/5/2020 Business Insider report, “Trump said that bailing out cash-strapped blue states would be unfair to Republicans — and that they shouldn’t expect federal help” by Joseph Zeballos-Roig:

“President Donald Trump threw cold water on the idea of an emergency federal lifeline to states weathering plummeting tax revenues during the coronavirus pandemic. Instead, he argued that Democratic-led states had brought it on themselves.”

“It’s not fair to the Republicans because all the states that need help — they’re run by Democrats in every case. Florida is doing phenomenal, Texas is doing phenomenal, the Midwest is, you know, fantastic — very little debt,” Trump told the New York Post in an interview.” 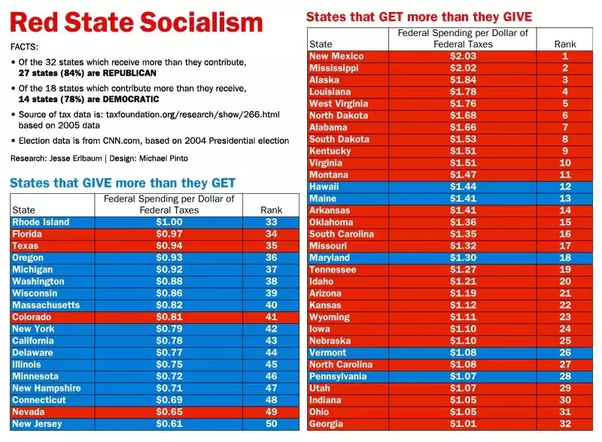 “The president singled out Illinois, NY, and California as states that had “tremendous debt,” referring to their pension obligations.”

“I don’t think the Republicans want to be in a position where they bail out states that are, that have been mismanaged over a long period of time,” Trump said.”

“The president also said he believed there wouldn’t be a significant appetite for a massive infusion of cash to states, though that’s a significant Democratic priority for a “phase four” economic rescue package.” 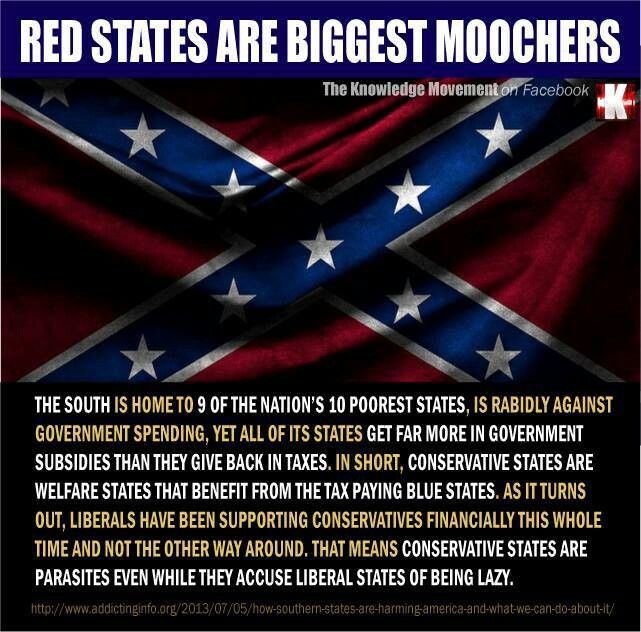 “I think Congress is inclined to do a lot of things but I don’t think they’re inclined to do bailouts,” he said. “A bailout is different than, you know, reimbursing for the plague.”

“Trump’s comments echoed the opposition from Senate Majority Leader Mitch McConnell, who said (in April, 2020) that states should be allowed to declare bankruptcy, though he softened his tone after significant backlash.”

“President Trump argued this week that the death toll from the coronavirus was actually not so bad. All you had to do was not count states that voted for Democrats.”

“If you take the blue states out,” he said, “we’re at a level that I don’t think anybody in the world would be at. We’re really at a very low level.”

“The statement was as jarring as it was revealing, indicative of a leader who has long seemed to view himself more as the president of Red America rather than the USA. On the pandemic, immigration, crime, street violence and other issues, Mr. Trump regularly divides the country into the parts that support him and the parts that do not, rewarding the former and reproving the latter.”

Since 2010, the power of ALEC/ Koch Network/ GOP dark money donors as well as their hold on US Congressional GOP members has increased dramatically.

Koch backed ALEC with its numerous political offshoots have been able to operate on steroids following the 2010 Supreme Court ruling on Citizens United which eliminated restraints on the amount of secret / dark monies they could donate to political campaigns.

For most of few past blogs, I’ve been decrying the influence on GOP legislators by GOP ALEC (American Legislative Exchange Council ) members. It was formed in 1973 by fossil fuel titans, NRA leaders, other conservative corporate executives and cultural conservative thinkers to assist GOP in implementing template/ model legislation for lawmakers that favored the interests of big business, both at the federal and state levels.

Once ALEC’s secret activities became public knowledge around 2012, many corporations withdrew their memberships. But the same movers and shakers who helped fund ALEC like the Koch brothers, simply established numerous political off shoots as listed below.

What happened is that some of ALEC’s practices earned widespread public notoriety. This included the promotion of gun rights policies like the “Stand Your Ground” law at the center of the 2012 Trayvon Martin shooting case in Florida, as well as bills to weaken labor unions and tighten voter identification rules.

The above list should include the Federalist Society. As per the 1/2019 Washington Post Magazine, “the Federalist Society had  “unprecedented power and influence.” Of the current eight members of the , five (Brett Kavanaugh, Neil Gorsuch, Clarence Thomas, John Roberts, Samuel Alito), along with nominee Amy Coney Barrett, are current or former members of the organization.”

ALEC’s years of prominence seem to be catching up to it, as it has pursued its mission to, in the words of the New York Times: “Bring together corporations and state legislators to draft profit-driven, anti-public-interest legislation.” 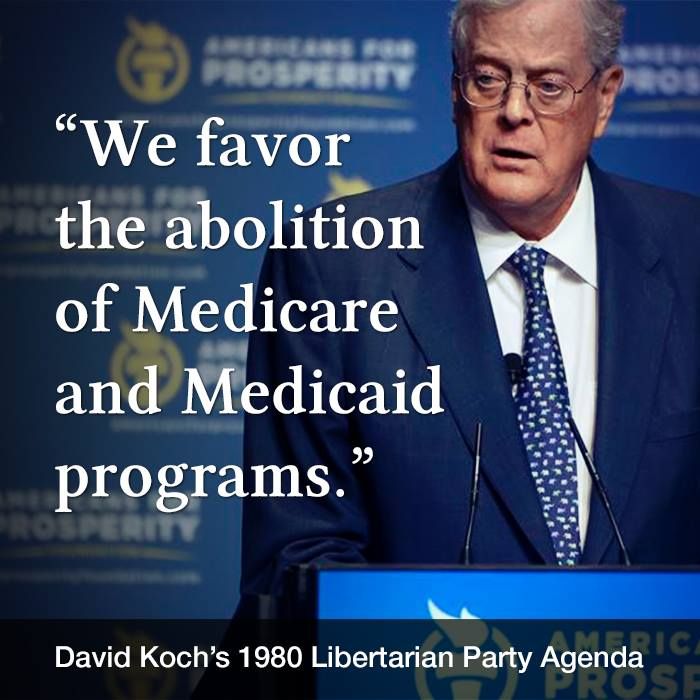 As per CMD ( Center for Media and Democracy):

“ALEC is not a lobby; it is not a front group. It is much more powerful than that. Through the secretive meetings of the American Legislative Exchange Council, corporate lobbyists and state legislators vote as equals on ‘model bills’ to change our rights that often benefit the corporations’ bottom line at public expense. ALEC is a pay-to-play operation where corporations buy a seat and a vote on ‘task forces’ to advance their legislative wish lists and can get a tax break for donations, effectively passing these lobbying costs on to taxpayers.”

“Participating legislators, overwhelmingly conservative Republicans, then bring those proposals home and introduce them in statehouses across the land as their own ideas and important public policy innovations—without disclosing that corporations crafted and voted on the bills.”

“ALEC boasts that it has over 1,000 of these bills introduced by legislative members every year, with 1 in 5 of them enacted into law.”

“More than 98% of ALEC’s revenues come from sources other than legislative dues, such as corporations, corporate trade groups, and corporate foundations. Each corporate member pays an annual fee of between $7,000 and $25,000 a year, and if a corporation participates in any of the 9 task forces, additional fees apply, from $2,500 to $10,000 each year. ALEC also receives direct grants from corporations, such as $1.4 million from ExxonMobil from 1998-2009. It’s also received grants from some of the biggest foundations funded by corporate CEOs, such as: the Koch family Charles G. Koch Foundation, the Koch-managed Claude R. Lambe Foundation, the Scaife family  Allegheny Foundation, the Coors family Castle Rock Foundation, to name a few. Less than 2% of ALEC’s funding comes from “Membership Dues” of $50 per year paid by state legislators.”