In politics, the practical effect of using culture war tactics strategically is as a method to divide voters along social lines as opposed to policy goals. From 2016- 2022, culture war topics involved a wide range of hot-button issues, including abortion, racism, the cancel culture where the right feels their voice is being shut-down, immigration at the southern US border, guns and LGBTQ equality. Add to this list, the use of pro-Russian propaganda.

Right-wing pundits/ elite / conservative establishment have been using the “cancel culture” rhetoric to shut down criticism from those who’re aghast at the hate, lies, misinformation being disseminated throughout social internet platforms and right-wing media outlets under their use of the refrain, “free speech.” This is one way for GOP MAGA politicians to avoid serious discussions on how they plan to deal with issues like inflation, proliferation of guns with its associated rising violent crime rates, hate speech, immigration reforms, climate change, etc. But as reflected in the 2022 US elections’ outcomes, middle America is catching on to this deflection strategy.

It’s too bad that in the USA where Americans claim to value “free speech,” that there’s little agreement on what “free speech” means.

As in the case of Twitter and according to a report by Media Matters for America, a nonprofit media research organization and “misinformation monitor”, 50 of the top 100 advertisers have fled the app in the wake of the billionaire’s decision to “revamp” the site. This is just a case of advertisers choosing to go elsewhere but its owner is still free to say whatever he thinks. This is also perfectly legal! 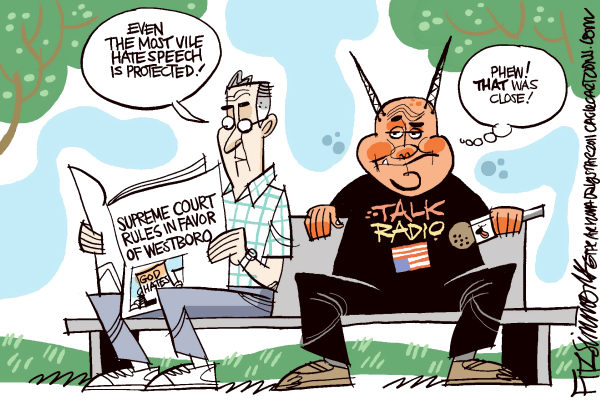 In this blog, NPR takes on the culture war subject, a right-wing’s obsession regarding the “Cancel Culture” concept, by the “woke” for the sake of “political correctness.””

As per a 2/10/2021 NPR report, “When Republicans Attack ‘Cancel Culture,’ What Does It Mean?” by Danielle Kurtzleben:

“Republicans have for a long time used the phrase “cancel culture” to criticize the left. But lately, they have seized on it particularly aggressively.”

“Ohio Rep. Jim Jordan used it to defend his fellow Republican, Georgia Rep. Marjorie Taylor Greene, as she was stripped of her House committee assignments following her support of conspiracy theories including QAnon, as well as racist social media posts.​”

“The cancel culture attacks have also happened within the party and have been aimed by moderates toward more conservative Republicans. Illinois Rep. Adam Kinzinger slammed Florida Rep. Matt Gaetz recently for the Donald Trump loyalist’s attacks on House GOP conference chair Liz Cheney of Wyoming, who voted to impeach the former president.​”

“If you look at Matt Gaetz going to Wyoming, because — what — a tough woman has an independent view, and he doesn’t want to go out and explain why he didn’t vote for impeachment?” Kinzinger told NBC’s Chuck Todd. “That’s totally GOP cancel culture!”

“In about half a decade, the phrase has gone from its slang origins to being laden with partisan political baggage. And the recent GOP fixation on cancel culture is, for some, a sign of a party that has strayed from its core tenets.” Where did “cancel” come from?

“Six or seven years ago, the idea of “canceling” someone was largely used among younger people online, particularly on Black Twitter, as Vox’s Aja Romano has explained.”

“In that usage, “cancel” refers to a pretty unremarkable concept, says Nicole Holliday, assistant professor of linguistics at the University of Pennsylvania.”

“It’s used to refer to a cultural boycott,” she said. “We’ve had the term ‘boycott’ forever and ever. It just means, ‘I’m not going to put my attention or money or support behind this person or organization because they’ve done something that I don’t agree with.’ That’s not new, that’s very old.”

“In other words, it was just the marketplace of ideas at work.”

“But as the concept gained popularity, concerns grew, particularly among media and political elites, about the threat of online mobs shutting down speech. That perceived punitive atmosphere came to be known as “cancel culture,” and people on the left were often accused of perpetuating it.”

“If people say, ‘Hey, I personally don’t like this person, so I’m not going to buy the products,’ that’s one thing,” said Yascha Mounk, a political scientist and creator of the newsletter Persuasion, which has decried so-called “cancel culture.”

“But a lot of it is concerted efforts to force institutions to de-platform people,” he said. “It’s firing people for imagined or very minor offenses because of sort of online media mobs and so on.”

“Mounk is especially concerned about the fact that even nonpublic figures have lost jobs as a result of online pile-ons, as he detailed in The Atlantic. To him, that is a clear sign things have gone too far.”

“But now, even to some who decry “cancel culture” as a problem, the phrase has been overstretched to defend people like Marjorie Taylor Greene who have expressed offensive and violent views.”

Cancel culture and the GOP’s future

“With the constant repetition of the phrase “cancel culture,” the idea of “cancellation” has strayed from what it once stood for.”

“Simultaneously, the GOP’s cancel culture fixation may be seen as a sign that the party is straying from what it once stood for, and instead fixating on Non substantive debates.”

“There truly were 15 years ago differences of policy for which people would say, ‘Hey,’ for instance, ‘Arlen Specter, at what point are you still a Republican? Because you believe a lot of things that are counter to what many conservatives and many people who animate the party believe,’ ” said conservative author and CNN commentator Mary Katharine Ham.”

“​Now, the condemnations in Arizona are for Doug Ducey and others not being sufficiently helpful to President Trump and those who support him,” she said.”

“Language gets stretched like this all the time, Nicole Holliday of the University of Pennsylvania says. In fact, there’s a term for it: “semantic bleaching.”​

“Semantic bleaching kind of refers to the process where words don’t have the meaning they had before,” she said. “They kind of come to mean nothing or something that is purely pragmatic, like just functional, but not really like laden with meaning.”

“Semantic bleaching” has happened for nonpolitical words, like “literally,” and more political phrases, like “politically correct” and “woke” (a word NPR’s Sam Sanders eulogized in 2018).”

“As with the word “cancel,” both of those terms went from their original meaning to being political weapons used by people claiming concerns about free expression. Political correctness, for example, was an in-joke among liberals before it was a political cudgel.”

“In the ’70s and ’80s, it was originally used by leftists’ kind of to make fun of themselves,” Holliday explains. “By the time it entered the mainstream in the ’90s, everybody was using it as sort of an attack. It wasn’t any longer in the community that it originated in. I think we’re seeing the same thing kind of with ‘cancel.” 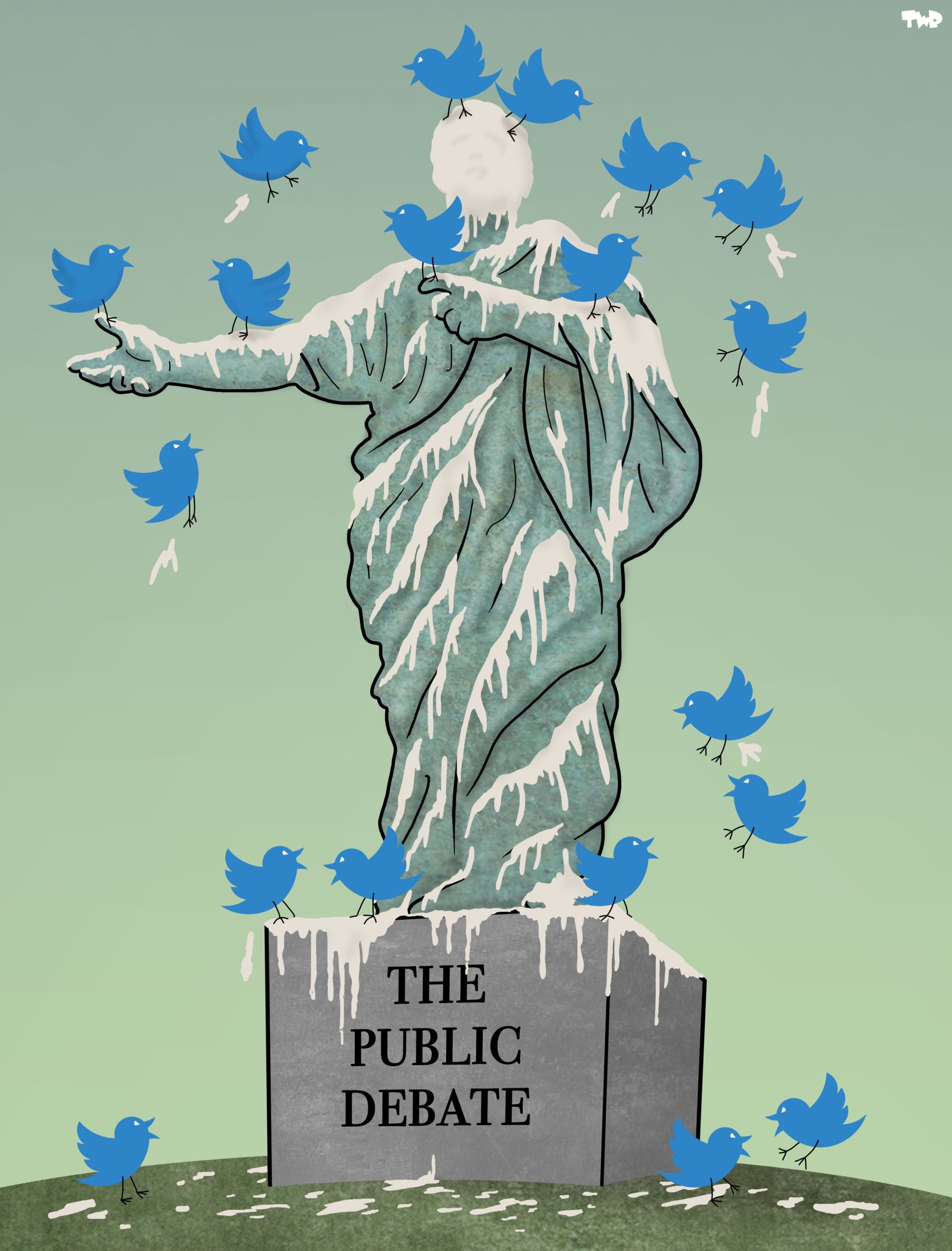 “Cancel,” “woke” and “political correctness” all also happen to be phrases that can be (and have been) used to sincerely debate the best way for a society to be inclusive. But that also is perhaps what made them so easily weaponizable: those original usages imply that there are ideas or words that are not inclusive — that for discourse be inclusive, some speech has to be excluded.”

“And that idea is bound to get some people very angry in a country that deeply prizes free speech but does not agree on what “free speech” means.”