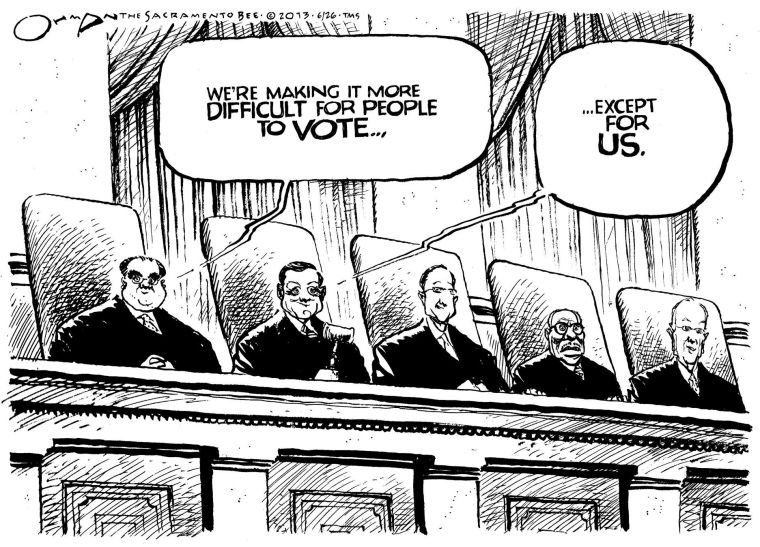 It looks like the GOP MAGA defeated ex-president may be getting his way with an assist by the Supreme Court conservative justices. This week, the Supreme Court is hearing a North Carolina case, where the GOP MAGA side is arguing that its NC GOP legislative body members have the sole power to establish election laws including voting district lines without any of the standard constitutional checks and balances being allowed to interfere with their final decisions. Their election rulings would be barred from review by the state’s court system or the veto power from the governor.

For those who claim to be originalists, there’s no way that our founding fathers would have remotely considered allowing any state to exert this level of absolute power over its elections’ process. It’s shocking that 4 Supreme Court conservative, partisan justices would ever consider hearing such a case.

This whole situation makes the argument for why Democrats in the US Congress have to move heaven and earth to push for viable voting rights’ bills asap, in order to save our US democracy from this kind of overreach, the stripping of all Americans constitutionally protected right to vote by our US Supreme Court.

There’s another voting rights case from Alabama that’s being reviewed by the Supreme Court. The GOP MAGA party is working overtime to chip away at US citizens’ rights to be able to easily and securely cast a ballot for an intended candidate and have it counted for that same individual.

See: A Dangerous Alabama Voting Rights Case at the …https://www.brennancenter.org

As per the Brennan Center for Justice, “Moore v. Harper is a case from North Carolina that state and national Republicans are using to push an extreme legal premise known as the independent state legislature theory. While the United States Constitution delegates the authority to administer federal elections to the states, with Congress able to supersede those state decisions, proponents of this theory argue that state legislatures are vested with the exclusive power to run those elections. This view would leave no room for oversight by state courts and put the ability of governors to veto election-related legislation in doubt.”

“The court’s decision on this alarming argument could fundamentally reshape American democracy. Four justices have suggested that they are sympathetic to the theory. If the court endorses this doctrine, it’d give state legislatures sole power over voting laws, congressional redistricting and potentially even the selection of presidential electors and the proper certification of election winners.” As per Dec 07, 2022 · Moore v. Harper by Scotusblog, “Issue: “Whether a state’s judicial branch may nullify the regulations governing the “Manner of holding Elections for Senators and Representatives.”

Issue: “Whether a state’s judicial branch may nullify the regulations governing the “Manner of holding Elections for Senators and Representatives … prescribed … by the Legislature thereof,” and replace them with regulations of the state courts’ own devising, based on vague state constitutional provisions purportedly vesting the state judiciary with power to prescribe whatever rules it deems appropriate to ensure a “fair” or “free” election.”

As per an updated June 30, 2022 Brennan Center report, the ‘Independent State Legislature Theory,’ Explained by Ethan Herenstein and Thomas Wolf:

“There’s a thread that links the partisan gerrymandering of congressional maps in North Carolina, attempts to dissolve the Wisconsin Election Commission, and efforts to overthrow the 2020 presidential election in Pennsylvania and elsewhere. In each case, the participants have invoked a dubious interpretation of the Constitution called the “independent state legislature theory.”

“Long relegated to the fringe of election law, the theory will soon be front and center before the Supreme Court, which has agreed to hear a case concerning the North Carolina congressional maps in the fall. If the Supreme Court were to adopt the theory, it would radically change our elections.” 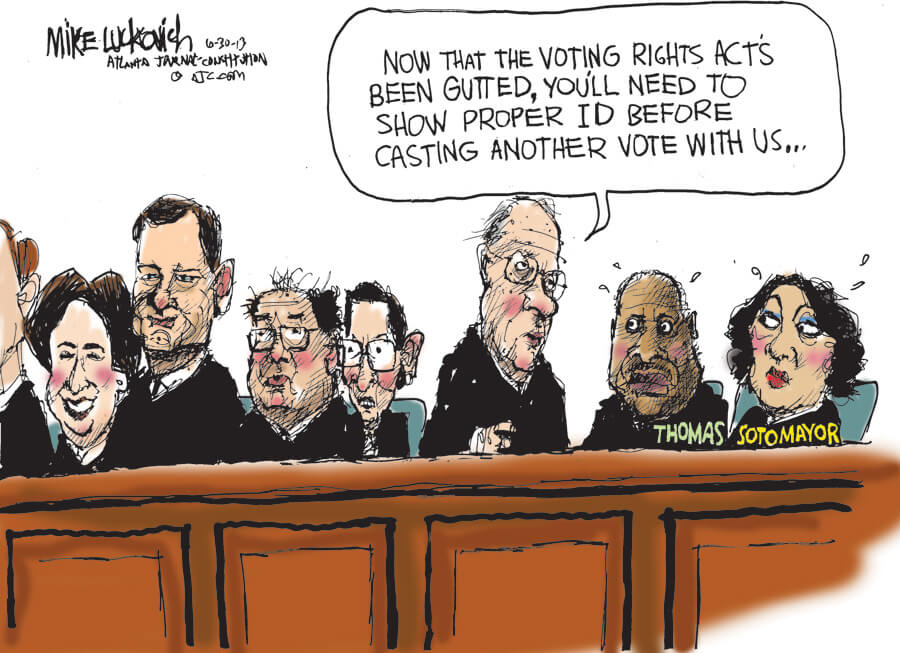 What is the independent state legislature theory?

“The independent state legislature theory is a reading of the Constitution, pushed in recent years by a small group of advocates, that would give state legislatures wide authority to gerrymander electoral maps and pass voter suppression laws. It has even been used as political cover to try to overturn elections.”

“The Constitution delegates power to administer federal elections to the states, subject to Congressional override. There is, however, a disagreement about how much power is delegated and to which state actors exactly.” 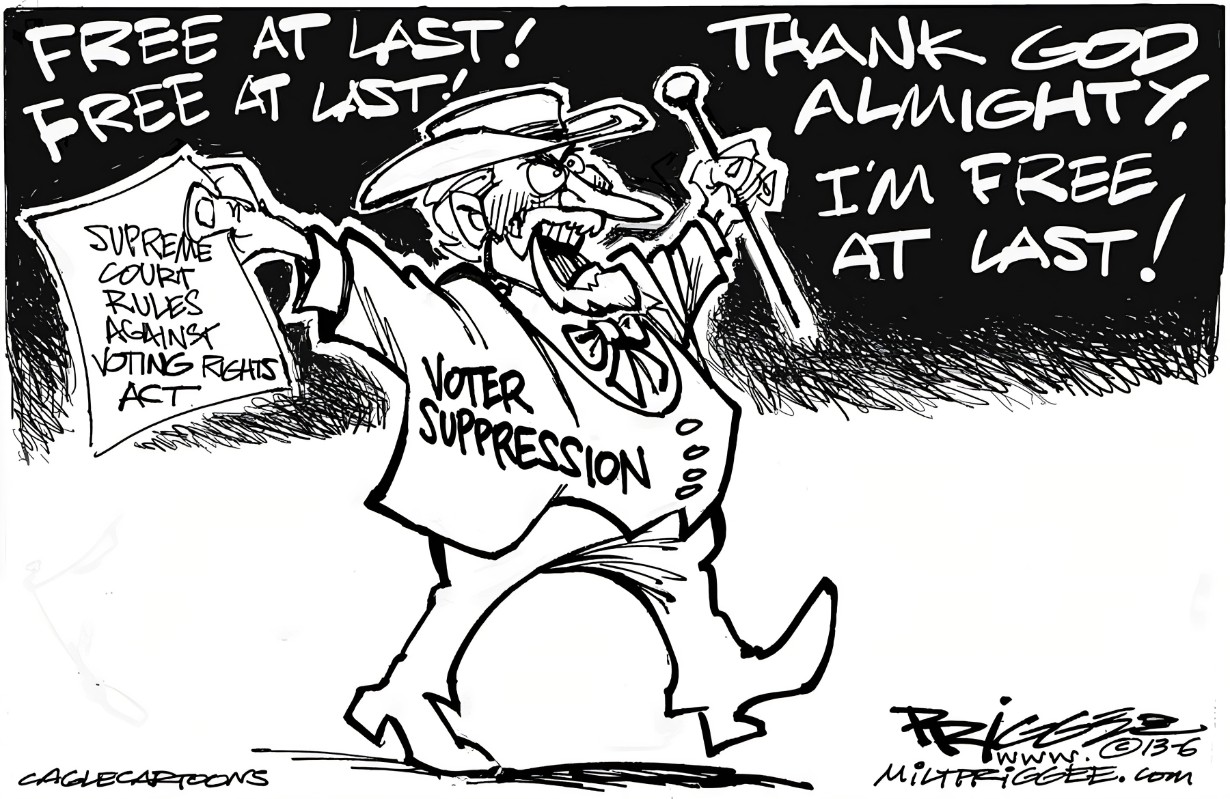 “There are two relevant clauses. One is the Elections Clause, which reads, “The Times, Places and Manner of holding Elections for Senators and Representatives, shall be prescribed in each State by the Legislature thereof; but the Congress may at any time by Law make or alter such Regulations.”

“The other is the Presidential Electors Clause, which reads, “Each State shall appoint, in such Manner as the Legislature thereof may direct, a Number of Electors.”

“The dispute hinges on how to understand the word “legislature.” The long-running understanding is that it refers to each state’s general lawmaking processes, including all the normal procedures and limitations. So, if a state constitution subjects legislation to being blocked by a governor’s veto or citizen referendum, election laws can be blocked via the same means. And state courts must ensure that laws for federal elections, like all laws, comply with their state constitutions.”

“Extreme versions of the theory would block legislatures from delegating their authority to officials like governors, secretaries of state, or election commissioners, who currently play important roles in administering elections.” Where did the independent state legislature theory come from?

“Following the disputed 2000 election, Chief Justice William Rehnquist wrote a concurring opinion in Bush v. Gore proposing an embryonic version of the independent state legislature theory. He argued that the Constitution’s assignment of elections authority to state legislatures diminishes state judges’ power to alter “the general coherence of the legislative scheme.” This approach garnered little scrutiny outside academia at the time.”

“Fifteen years later, the idea was exhumed as part of an effort to dismantle Arizona’s independent redistricting commission. Again, the Supreme Court rejected the theory and let the commission continue its work.”

“Then, after the 2020 election, President Trump and his allies used the independent state legislature theory as part of their effort to overturn the results. For a third time, the Supreme Court declined to adopt the theory. But three sitting justices — Clarence Thomas, Samuel Alito, and Neil Gorsuch —endorsed it.”

“Most recently, gerrymanderers in North Carolina, Kansas, and beyond, have invoked the independent state legislature theory to try to block state courts from reviewing their maps. So far, the Supreme Court has not embraced it.”

What are some of the arguments for and against the independent state legislature theory?

“Proponents of the independent state legislature theory emphasize a narrow reading of the word “legislature” in the Elections and Electors Clauses. They also point to a couple of Supreme Court cases from the early 20th century ruling that state constitutions could not take away state legislatures’ power to ratify federal constitutional amendments under Article V of the U.S. Constitution. Adherents argue that the same logic must apply to the Elections and Presidential Electors Clauses, even though the Supreme Court has made clear that the ratification of constitutional amendments under Article V is distinct from the ordinary lawmaking process used in election administration.”

“What led to the appointment of this Convention?” John F. Mercer of Maryland rhetorically asked his fellow delegates to the 1787 Constitutional Convention. “The corruption & mutability of the Legislative Councils of the States.” James Madison, similarly, suspicious of the legislatures, prepared for the convention by compiling a list of ways state legislators had failed to act in the national interest.”

“This mistrust comes through in the Elections Clause, which reserves to Congress the power to override the abuses of power that Madison and his colleagues expected. Given the low regard in which the framers held state legislatures, it’s difficult to imagine they would want to free those lawmaking bodies from the existing constraints of the gubernatorial veto, the state constitution, and judicial review.”

“Critics also reject the theory’s narrow approach to the Constitution’s text. They point out that the term “legislature” doesn’t necessarily mean “exclusively the legislature.” The First Amendment, to draw a parallel, literally prohibits only “Congress” from discriminating on the basis of speech and religion. But we understand the amendment to apply to the federal government in its entirety, including the judicial and executive branches. That’s why, to take one example, a judge can’t close off her courtroom to atheists.”

See: North Carolina’s Governor Says a Fringe Claim … https://www.nytimes.com/2022/12/05
Congress should nip the independent state legislature theory in the bud/ The Hill
‘No respectable scholar’ supports independent state legislature theory, says retired federal judge
Democracy on the line: This is the Supreme Court case that frightens me the most