aside I’m Gronda Morin, and I am MAD!

I’m Gronda, a grandmother of Italian descent who is feeling her hot temper!!

I have been grieving for days over the tragedy of Trayvon Martin to the point I have become obsessed. I became very upset when I was reviewing a Pew Research Study taken after Mr. Zimmerman was declared “not guilty” following the trial by which he was charged with manslaughter or second degree murder for the shooting of Trayvon Martin in July, 2013. This study reported that most White folks, especially registered Republicans over the age of 65 heavily supported this verdict, while most other segments of society did not.

I am in my mid sixties, a registered white Republican and I definitely do not agree with this verdict. I am having a very difficult time coming to terms as to how others can justify what happened. This is why I decided to write this blog as I just need to get some things said for the record.

I AM WORRIED THE REPUBLICAN PARTY is losing any semblance of a soul and the story of Trayvon Martin is the warning bell that woke me up enough to start this blog. 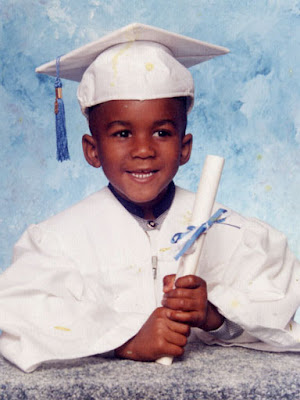 I WAS GOING TO BUILD UP TO THIS, BUT THIS IS WHAT I REALLY BELIEVED HAPPENED THAT FATEFUL NIGHT of February 26, 2012 at “THE RETREAT AT TWIN LAKES”, Sanford, Florida, a location about 20 miles North of Orlando.

It was a dark and early evening between the hours of 6:30 PM- 7:30 PM. A neighborhood watch captain, Mr. George Zimmerman profiled as a criminal a Black teenager, Trayvon Martin, wearing a hoodie, who was temporarily living in the same neighborhood with his Dad. Mr. Zimmerman either followed or bumped into Trayvon after he had exited his truck in an attempt to ascertain Trayvon’s location for the police dispatcher who requested that he not do this and he responded, “OK.”

Mr. Zimmerman truly believed Trayvon was a criminal and did not know exactly where Trayvon had run to escape from him. Mr. Zimmerman acted like any smart law enforcement officer, stepping into a potentially dangerous situation. He took out his concealed Keltec PF9 semi automatic 9mm gun with the bullet already chambered.

Somehow he and Trayvon connected as Trayvon was directly 200 feet away from his destination. Mr. Zimmerman did not announce himself as the neighborhood captain. Trayvon, who just completed a quick errand for iced tea and skittles, saw an angry white man with a weapon in his hand. Trayvon in sheer panic starts fighting Mr. Zimmerman as if his life depends on it, because in his mind, it does.

Mr. Zimmerman was caught flat footed, because he cannot throw away the gun. He is so convinced that Trayvon is a criminal, he knows that if he throws the gun so that he can fight back, Trayvon can pick it up and easily shoot him. If he had not already chambered the bullet, he could have ditched the gun in order to fight back. This is because it would have taken Trayvon both hands and some training to shoot the gun, which would have given Mr. Zimmerman enough time to land some punches and wait for the police who were in route.

Finally, if as per Mr. Zimmerman’s version of events, if the gun had been concealed in a holster in his back as he has always alleged at the beginning of their meeting, he still would have been able to have done battle.

The rest of Mr. Zimmeman’s story is questionable. Mr. Zimmerman believes he had no choice but to shoot Trayvon as he was in mortal fear of his life.

The best counter point evidence is the autopsy done on Trayvon showing no marks, bruises on himself except for a little mark on his ring finger.

In later blogs I will provide more detail for background and why I am saddened about the reaction of many in the Republican party.