During the 2016 presidential election season, the democrats now have one of their favorite talking points regarding the issue of the rising costs of college and student loans. All too often, the young professional is starting out on their life’s journey with mortgage level student loan payments for years to come.

This is just one more nail in the psychics of the American middle class, to where they are turning their backs on the political establishment agents who have failed to provide any relief since mid 2013. This is when democrats failed to support a bipartisan bill designed to maintain low interest rates on federal student loans for at least a year. Overnight those with college loans saw their interest rates doubled.

Personally, I am convinced that any student college loan reforms needs to have a way to also contain the correlating rising college tuition price-tags. It is plausible that as students have easier access to college loans with lowered interest rates, that somehow the cost of their college education will become more expensive. 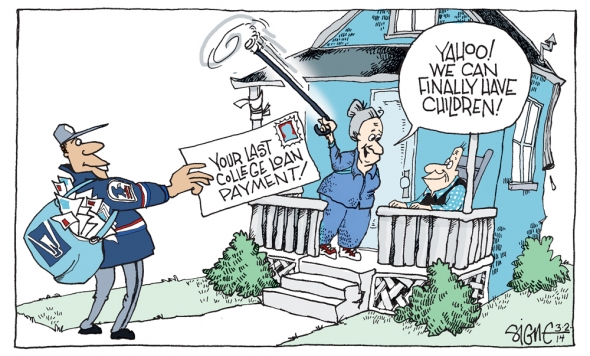 Here are the basics:

That’s my plan. It’s ambitious — and we should be ambitious. But it’s also achievable. And it would make a big difference in people’s lives.

The New College Compact comes down to two big goals. 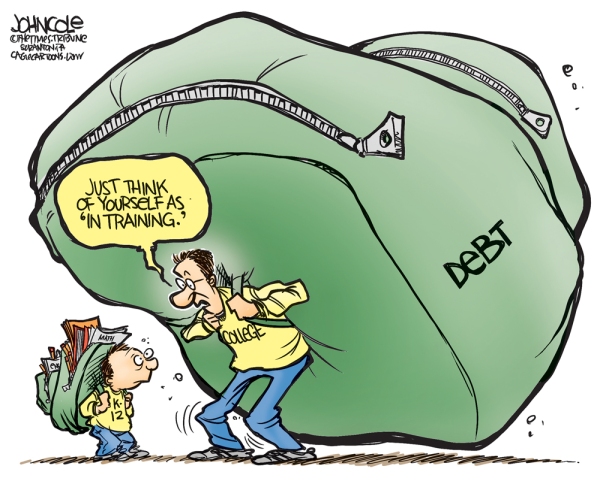 First, we’ll make sure that cost won’t be a barrier.

Under my plan, tuition will be affordable for every family. Students should never have to take out a loan to pay for tuition at their state’s public university. We’ll make sure the federal government and the states step up to help pay the cost, so the burden doesn’t fall on families alone.

Of course, these days, tuition isn’t enough. The cost of living at college has also been creeping up. So under my plan, students who qualify for Pell Grants will be able to use them for living expenses — and middle-class students will get more help to cover their living expenses, too. 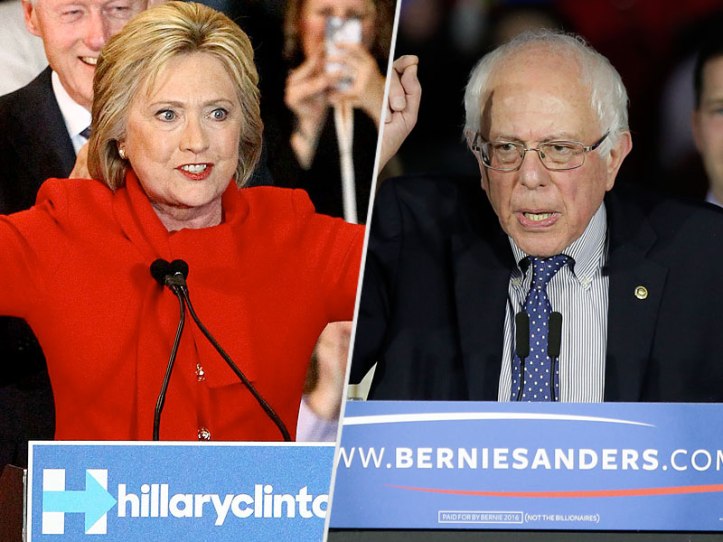 Patrick Healy reports on Hillary Clinton’s reform plan to contain college costs in an 8/10/15 NY Times article and here are some of his comments:

“Mrs. Clinton, would also allow Americans to refinance private loans at lower interest rates; let students use their Pell Grants fully for living expenses; expand the AmeriCorps national service program, which provides an education benefit and was started by President Clinton, to 250,000 members from 75,000 members; and impose penalties on colleges whose graduates cannot repay their loans.”

“She is not relying mostly on the government to deal with student debt. Colleges would have to hold down costs and show improvements on graduation rates, for instance.” 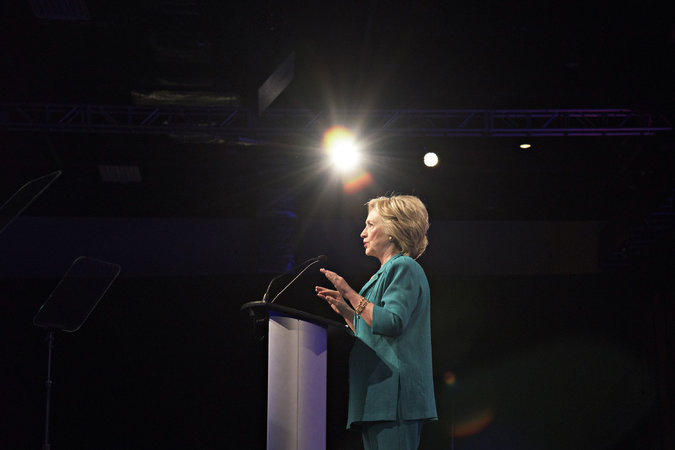 “Yet her plan does not go as far as some liberal advocacy groups would like, because she still expects families to make a “realistic” contribution to cover some tuition costs — through savings or loans — while students would contribute based on wages from 10 hours of work per week.’

“Rohit Chopra, a former student loan ombudsman at the federal Consumer Financial Protection Bureau, said that the plan would “clean up much of the chaos” in the college loan industry by overhauling subsidies for student loan companies and for-profit colleges helping students refinance loans at lower interest rates, penalizing schools that defraud veterans using their G.I. Bill benefits, and making it easier for more students to tie their monthly loan repayment amount to their income.”

“As a regulator, I spotted manipulation of payments to maximize fees, steering into repayment plans that were not in the best interest of borrowers, and illegal mistreatment of military families,” Mr. Chopra said. “The plan helps to fix all of these problems.”

On the stump trail he has a favorite saying: “It makes no sense that students and their parents pay higher interest rates for college than they pay for car loans or housing mortgages.”

The following six steps plan by Senator Bernie Sander’s can be found on his website:

This is not a radical idea. Last year, Germany eliminated tuition because they believed that charging students $1,300 per year was discouraging Germans from going to college. Next year, Chile will do the same. Finland, Norway, Sweden and many other countries around the world also offer free college to all of their citizens. If other countries can take this action, so can the United States of America. 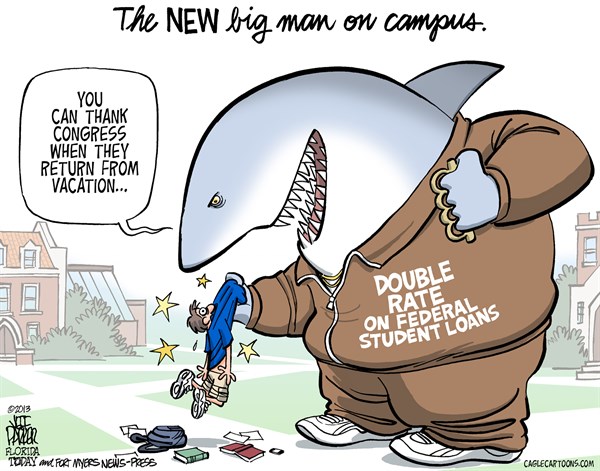 Over the next decade, it has been estimated that the federal government will make a profit of over $110 billion on student loan programs. This is morally wrong and it is bad economics. As President, Sen. Sanders will prevent the federal government from profiteering on the backs of college students and use this money instead to significantly lower student loan interest rates.

Under the Sanders plan, the formula for setting student loan interest rates would go back to where it was in 2006. If this plan were in effect today, interest rates on undergraduate loans would drop from 4.29% to just 2.37%. 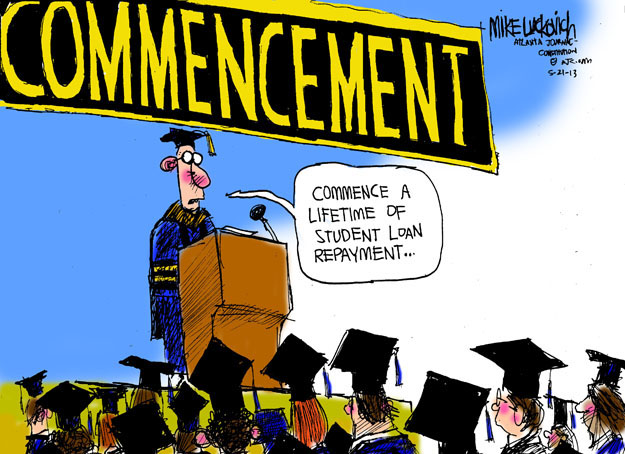 It makes no sense that you can get an auto loan today with an interest rate of 2.5%, but millions of college graduates are forced to pay interest rates of 5-7% or more for decades. Under the Sanders plan, Americans would be able to refinance their student loans at today’s low interest rates.

The Sanders plan would require public colleges and universities to meet 100% of the financial needs of the lowest-income students. Low-income students would be able to use federal, state and college financial aid to cover room and board, books and living expenses. And Sanders would more than triple the federal work study program to build valuable career experience that will help them after they graduate.

The cost of this $75 billion a year plan is fully paid for by imposing a tax of a fraction of a percent on Wall Street speculators who nearly destroyed the economy seven years ago. More than 1,000 economists have endorsed a tax on Wall Street speculation and today some 40 countries throughout the world have imposed a similar tax including Britain, Germany, France, Switzerland, and China. If the taxpayers of this country could bailout Wall Street in 2008, we can make public colleges and universities tuition free and debt free throughout the country.