aside Republicans’ Policies to Reign in College Costs

“As I keep saying, the average American has a long list of grievances against their government which have been accumulating over the years.’ And one of the major complaints is about the rising cost of a college education and the doubling of interest rates on the associated loans in 2013. They are registering their protests by propelling the parties’ outsider 2016 presidential candidates into victory, especially Donald Trump, a republican.”

“Republican presidential candidates also, have their policy papers regarding the issue of rising college costs. Senator Marco Rubio plan is covered in the 2/10/14 Atlantic by Stephanie Czekalinski. The following is what she reports in her article “Rubio: Here’s How to Make College Affordable.”

Many of Rubio’s suggested reforms, outlined in his remarks, rely on market forces to control costs and expand access.

* Creating a student-investment plan that would allow private investors to pay a student’s tuition in exchange for a share of that students’ income over a period of time.

“Unlike with loans, you would be under no legal obligation to pay back the entire (cost of tuition),” Rubio said. “Your only obligation would be to pay that 4 percent of your income per year for 10 years, regardless of whether that ends up amounting to more or less of the full tuition amount.”

“Students would be able to get credit for taking a free class by paying a “relatively small fee” to take a standardized test. If they passed, that course could count toward a degree or job certification, he said.”

“He said that the current system for college accreditation was standing in the way of the creation of such a system and called on Congress to establish a “new independent accrediting board” that would operate independently of established institutions. He said currently the system blocks out “new, innovative, and more affordable competitors.” He expressed enthusiasm for federal legislation introduced last month that would give states control of the accreditation process.”

“Members of both parties are beginning to realize that for every day we delay bold accreditation reform, our education system leaves more Americans behind to languish in a dwindling market of low-skill jobs.”

“Rubio also called for more data for students trying to calculate their return on investment as they plan for college. Students and their parents should have access to data about prospective income or salary of those who graduate from a particular college earn broken down by degree, he said. He expressed his support for federal legislation introduced in May (2015) that would update reporting requirements for colleges and universities to provide more data on student retention, graduation, and earnings outcomes.”

“Additionally, Rubio called for expanding vocational and apprenticeship training and for a pilot program — possibly within the federal government — that would allow people who attained skills outside of classrooms or training programs to “prove their abilities and gain the certification necessary for employment.” 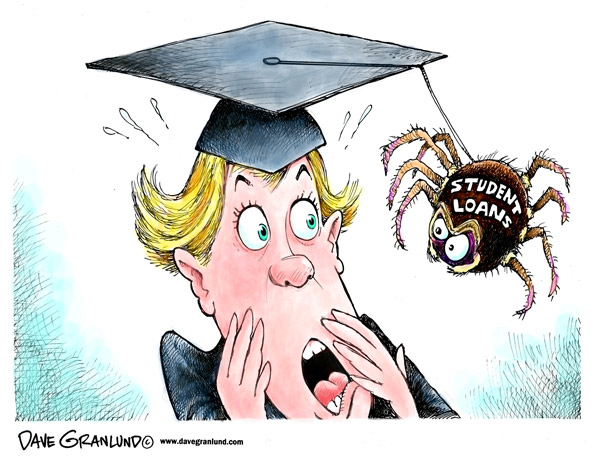 “Rubio said four-year universities and community colleges would always be central to the educational system but that more options were needed because not everyone can access the traditional model.”

“People should be allowed, through internships and work study and online courses and classroom courses and life and work experience, to be able to package all of that together into the equivalent of a degree,” he said.

Jon Kasich, current republican Governor of Ohio tells the audience members on the campaign trail, to check, what he has been doing in his state regarding rising college loans. His plans for lightening the heavy burden of increasing college expenses for our young people are reflected in the 2/13/15 cleveland.com article by the editorial board:

Gov. John Kasich’s higher education plan, which seeks to drive down both the cost of public college in Ohio and the high debt that drowns students, is an intriguing proposal that deserves serious consideration.”

“Kasich’s plan combines greater state outlays for higher education with efforts to trim costs for students and their families.“

“Cost-cutting is an important goal for colleges as the costs of higher education and the huge amount of school debt that many accrue force some families, particularly if they are low-income, to decide that college is an unaffordable luxury. Yet experts say that the right college degree — even if it’s just a two-year associate’s degree — can lift people into the middle class.”

“One way Kasich’s proposal would hold the line on costs is by requiring Ohio’s public colleges to cap tuition increases at two percent in 2016 and freeze them for 2017.” 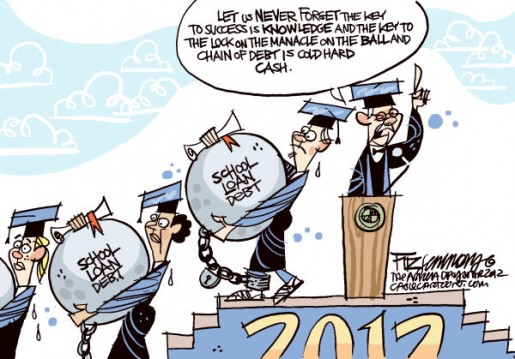 “Second, the governor recently signed an executive order creating a nine-member task force on college affordability and efficiency that will study how to streamline colleges.”

“Many families are frustrated by the high costs of college that inch up every year. Kasich’s panel should ensure that the state won’t use a hammer where a screwdriver will do.”

Third, Kasich’s higher education proposal seeks to whittle down the cost of college by expanding Advanced Placement classes and other college credit courses in high school so that more high school students can get college credit before they go to college. 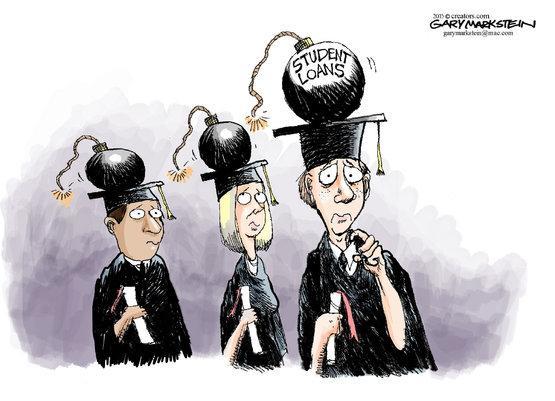 Fourth, although the details are still sketchy, Kasich proposes a $120 million college debt relief fund to help students pay off their loans if they graduate from Ohio’s public colleges and take in-demand jobs in the state.

And finally, Kasich doesn’t leave out community college students and regional campus students. Low-income students who want to go to summer school will finally be given access to need-based Ohio College Opportunity Grant funds so they can complete school faster.”