aside Mrs. Clinton’s Emails Were Vulnerable With Both Her Private Server And The Government’s

Hillary Clinton needs to stop acting like a lawyer when she answers inquiries about her email bungling. Here is what a non lawyer should say: “I made a mistake and for this I will be forever, apologizing. If I had it to do all over again, I would definitely do things differently.”

“In the future, I will continue to admit my missteps and to apologize. I will make no further comments on this issue beyond saying, I accept the FBI’s report and that I have learned from it.”

“But now I have to pivot to work on your behalf. As a leader, I am required to look at the bigger picture which needs to be faced, head on. The governmental server that I would have been required to utilize, is not as secure as the security enhancements provided by a private company like Google, which is equipped with much greater advanced encryption methods than the government’s server. THIS IS NOT ACCEPTABLE”

“The classified information, both which were retro-actively and  incorrectly flagged and  that were subject to compromise because of my actions, have been occurring regularly at the state department and other governmental institutions. If my emails were deemed to be vulnerable to hacking, then so are those emails and documents which are being transmitted every day via government servers with less than optimum security measures, despite the hardworking and diligent employees’ genuine intent to be careful about not transmitting anything of a classified nature.”

“It is obvious, that that the computer systems under U.S. governmental control should be updated to be at least as secure as Google. The way data is classified to eliminate the errors that I have dealt with, needs to be reviewed with steps taken to better minimize the chances of future human errors.”

“The recent 2016 cyber attack against the DNC computer files combined with the leaks of this hacked material by WikiLeaks, designed to influence the U.S. election process, on top of the of the discovery of a major cyber attack in 2015 against the U.S. State Department’s computer systems, is a step too far. President Putin, you are right to be nervous. If the peoples give me the honor of electing me as the next U.S. president, I will make it my mission to do my best to end Russia’s fun at the expense of the U.S government.”

With the Russians boasting that they can hack into just about any computer, it is essential for the U.S. government to make it a top priority to do whatever possible to block their future efforts. The FBI have begun investigating a major hacking attack by probable Russian hands against he U.S. State Department’s computers in 2015. So, while the FBI cannot say for certain that Mrs. Clinton’s work done via her private server was hacked, their officials can demonstrate that the server that she should have used, was definitely compromised. 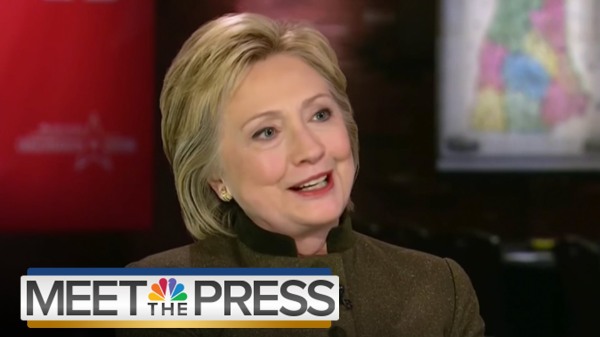 The above story has been reported by the press. My major complaint about the recent media’s coverage on Clinton’s email issues in mid 2016, is that they have not been providing sufficient context for it.

The following are excerpts from a CNN Politics piece, “Sources: State Dept. hack the ‘worst ever,”‘published on 3/10/15 by Evan Perez and Shimon Prokupezc:

“Overlooked in the controversy over Hillary Clinton’s use of a private email server, is the fact that suspected Russian hackers have bedeviled State Department’s email system for much of the past year and continue to pose problems for technicians trying to eradicate the intrusion.”

“Federal law enforcement, intelligence and congressional officials briefed on the investigation say the hack of the State email system is the “worst ever” cyberattack intrusion against a federal agency. The attackers who breached State are also believed to be behind hacks on the White House’s email system, and against several other federal agencies, the officials say.”

“The issue is relevant because one criticism of the Clinton private email use is that it was likely less secure than emailing within the State Department’s system. But the hack shows that State’s system has major security issues.”
“Last November, the State Department shut down its email system over a weekend to try to improve security and block the intruders. At the time, the agency tried to send a re-assuring message that “activity of concern” by possible hackers only affected its unclassified email system. But officials say that even a breach of the unclassified system poses major security risks, because sensitive information of value to foreign intelligence agencies is routinely shared in non-classified emails.”
“Russian hackers, likely working for the Russian government, are suspected in the State Department hack. The FBI has been investigating the hacking activity. In part because of the Russian attack on State, U.S. intelligence officials have increased their warnings about Russian hacking activity in the U.S.”

James Clapper, director of National Intelligence, told a Senate hearing last month the “Russian cyber threat is more severe than we have previously assessed.” Clapper’s comments were in part prompted by the intrusion at State and other federal agencies, according to one official briefed on the matter.”
Related Articles:
For sale: 70k hacked government and corporate … – Ars Technica arstechnica.com/…/meet-xdedic-the-site-selling-access-to-thousands-of-hacks…
Ars Technica/ Jun 15, 2016 – For sale: 70k hacked government and corporate servers—for as little as $6 … compromised servers, …for  little as $6 apiece.
Sources: US officials warned DNC of hack months before the party … http://www.cnn.com/2016/07/25/politics/democratic-convention-dnc-emails-russia/
CNN/ Jul 26, 2016 – The suspected Russian hack of the Democratic National Committee is part … a potential intrusion in their computer network months before … as breaches of U.S. government systems at the State Department and the White House. … “The FBI is investigating a cyber intrusion involving the DNC  …