Allegations regarding Hillary Clinton’s health problems has been winding its way through the right wing websites until Sean Hannity of FOX TV devoted an entire evening to giving this concocted tale any credibility.

Then Dr. Drew of HLN publicly voiced concerns about Mrs. Clinton’s health. Of course the far right has jumped on this band wagon, as supporting their false assertions. In this case, I choose to defer to her board certified internist of 15 years, Dr. Lisa Bardack, Director of Internal Medicine at Mt. Sinai Health Systems, a position of significant stature.

Robert Farley of FactCheck.org published a report on 8/16/16 about Hillary Clinton’s fake medical reports. The following are excerpts:

“Clinton’s longtime physician — whose name appears atop the alleged “leaked” documents — released a statement to FactCheck.org calling the documents “false,” and reiterating her diagnosis that Clinton is “in excellent health and fit to serve as President of the United States.” “The fake records are making the rounds just as some in the conservative media have been baselessly questioning Clinton’s health. Among them was Fox News’ Sean Hannity, who played a tape of Clinton vigorously shaking her head in a manner he deemed “seizure-esque” (although neither of the medical experts on his program agreed).

“The doctored documents play off Clinton’s very real concussion in December 2012 — which caused her to suffer double vision for nearly two months starting in late 2012. But her long-time physician, Lisa Bardack, director of internal medicine, Mount Sinai Health System at CareMount Medical, says follow-up medical exams in 2013 “revealed complete resolution of the effects of the concussion.”

“The fake documents, dated Feb. 5, 2014, which appear to have originated from a since-deleted Twitter account, purport to come from Dr. Bardack. But her title is wrong on the letterhead.”

The letter purports to indicate that Clinton suffered complications from a 2012 concussion including “blacking out,” “uncontrollable twitching” and “memory loss.” It says Clinton has previously been diagnosed as having “Complex Partial Seizures” and “early-onset Subcortical Vascular Dementia.” The images were shared and discussed on numerous  websites and insocial media. But again, we can’t stress this enough: It’s a fake document.” 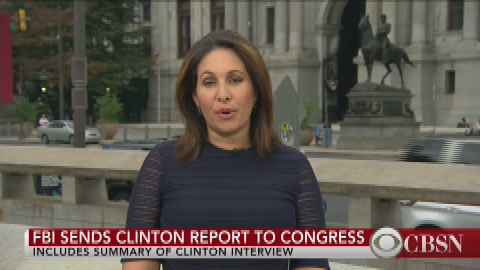 “In a statement provided to FactCheck.org by the Clinton campaign, Bardack dismissed the authenticity of these documents, saying they are “false, were not written by me and are not based on any medical facts.”

“Bardack, who has served as Clinton’s personal physician since 2001, did publicly release a summary of Clinton’s health history and a medical evaluation in a letter dated July 28, 2015. It paints a much different picture than the fake documents.”

“According to Bardack’s letter, Clinton “is a healthy 67-year-old female whose current medical conditions include hypothyroidism and seasonal pollen allergies…She is in excellent physical condition and fit to serve as President of the United States.”

There have been numerous other news reports debunking all of these deceptive details about the democratic presidential nominee, Hillary Clinton. The one that I will use as a reference is the 8/16/16 Newsweek article, “DONALD TRUMP TESTS POSITIVE FOR EVERYTHING, ACCORDING TO HIS OWN DOCTOR,” by Keith Eichenwald. The author takes exception to those accusing Mrs. Clinton of having seizures when he actually does suffers from epilepsy. Here are some excerpts:

“Donald Trump tests positive for every medical ailment. All of them. Supposedly, that’s what his doctor says—or at least, that’s what the Trump campaign portrays him as saying.”

“On Monday 8/15/16, Trump opined that Hillary Clinton did not have the mental or physical stamina to be president. This was playing off of a conspiracy theory that has been pushed in the conservative media and by Trump supporters for weeks… Fox News’s Sean Hannity and others even attempted to claim Clinton suffered from seizures, a vile misrepresentation that harms people who have epilepsy, as I do.”

“Still, the Trump acolytes have not dropped their lying campaign about Clinton’s health, and their argument that people with epilepsy are unfit for political office.”

Hillary Clinton
“On July 28, 2015, the Clinton campaign released a typical medical letter from an internist, whom she has seen since 2001—Lisa Bardack, director of internal medicine, Mount Sinai Health System at CareMount Medical. The letter is a typical medical history, and begins with the usual summary of a full physical, calling her a “healthy 67-year-old female.” It lists medical issues and the findings of testing. The tests, it says, were negative, meaning they showed no problems. To use the medical terminology, it is an unremarkable document.”

On December 4, 2015, the Trump campaign released…something. 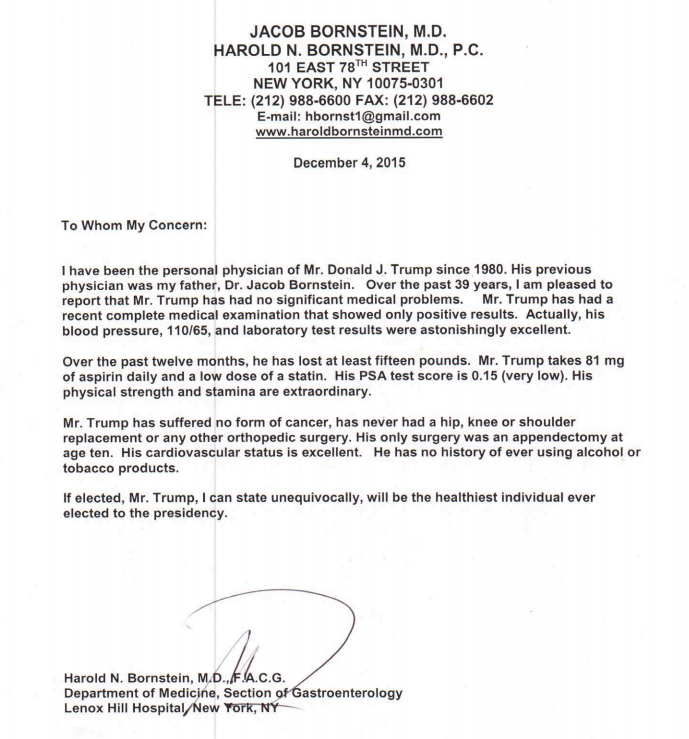 “It purports to be a medical letter, but it is one of the most ridiculous documents ever to emerge in any political campaign. First, the letterhead is in the same font as the letter, which appears to have been created using Microsoft Word. The signature from the doctor is several inches past the signature line—the result you might get if the document had been signed as a blank and filled in later. The letterhead includes a Gmail address—something doctors tell me is extremely unusual.” (Note the F.A.C.G. initials after the M.D.; Rachel Maddow reported on 8/18/16 that Dr. Bornstein hasn’t been a Fellow of the American College of Gastroenterology for 20 years due to non payment of dues.) 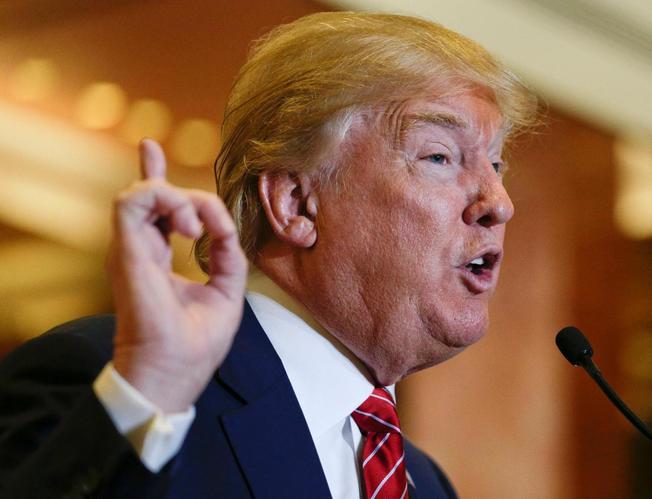 There is also a website listed, but if you follow the URL (haroldbornsteinmd.com), sometimes it takes you to cdn.freefarcy.com, a blank page that asks if you want to upload an update to a Flash program onto your computer (the domain name, freefarcy.com, is still for sale. No, I can’t explain that.) If you decline, it does so anyway and, based on the response of the security system on my computer, the “program” on the doctor’s supposed website is a virus.”  (Other times it takes you to a generic medical website. No, I can’t explain that either.)

“Then, there is the doctor who allegedly signed this document. His name is Harold N. Bornstein, and he is a gastroenterologist. This kind of physician is a specialist who treats the digestive tract. This is not an internist, who is trained specifically in providing full histories and physicals of patients. The letter signed by Dr. Bornstein, who did not return an email from Newsweek seeking comment, says that he has treated Trump since 1980. However, it mentions no history of the gastrointestinal problem that led the Republican candidate for president to seek out his help (for 35 years).” 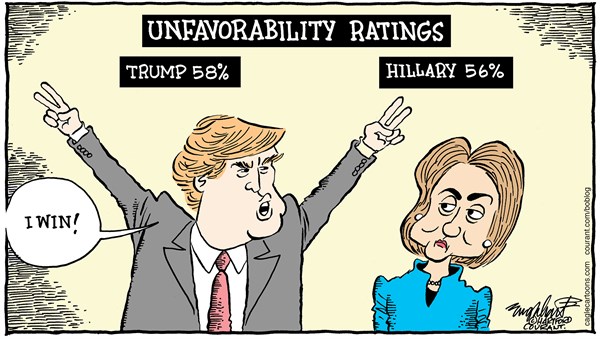 “Unlike the Clinton letter, it does not contain a full medical history for Trump. The letter also has problems with sentence structure and major typographical errors, such as the opening line, “To Whom My Concern.” Most amusing, it says that his medical examination of Trump has “only positive results.” In medical terms, if the test is positive, it confirms the existence of disease. Is this doctor saying Trump has every medical ailment that could be found in examination? Does he not know the meaning of the word? Or, as I suspect, was the letter written by someone in the Trump campaign?” 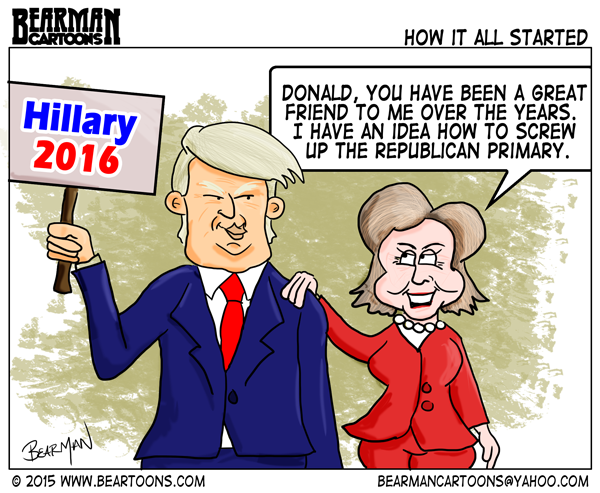 “If conservative conspiracy theorists want to play a “the candidate could have health problems” game, let’s do that. The letter from the Trump campaign mentions nothing about family history, as any normal letter assessing someone’s medical condition would. (Clinton’s does.) Family history is critical in understanding possible diseases that may emerge.  Trump’s father, Fred Trump, died from complications of late-onset Alzheimer’s disease. That condition, which is the most common form of Alzheimer’s, emerges in people in their -60s or later. Trump is 70.”