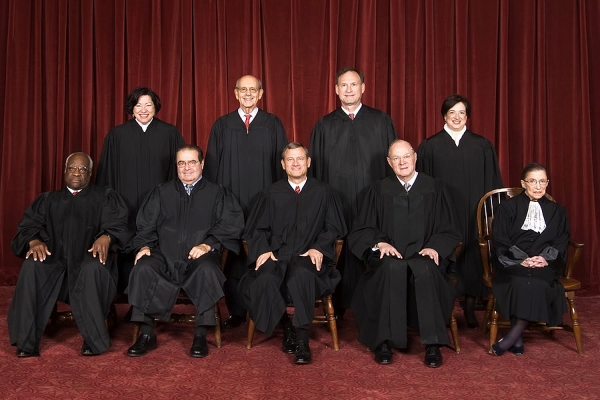 If Democrats win the majority of seats in the U.S. Senate and if there is a new democratic presidential administration, then my 13th policy wish for filling the supreme court vacancy as well as the 90 plus other federal judicial openings, becomes possible. It is incumbent for both the executive and the legislative branches to speedily push through the appointment of a U.S supreme court justice as well as all the other judicial nominations for federal district court vacancies.

Source for the following is from a 2013 report by the Brennan Center for Justice at New York University School of Law:

“Recent public attention on federal judicial vacancies has largely focused on the appellate courts. Yet, since 2009, the slow pace of nominating and confirming judges has also precipitated a crisis in the district courts — the trial-level courts that resolve the vast majority of federal cases. As of July 1, 2013, there were 65 vacancies in the district courts out of a total of 677 judgeships, creating a vacancy rate of almost 10%.” (As of 7/1/16, there are 96 vacancies.)

“The high number of vacant judgeships limits the capacity of district courts to dispense justice and affects the millions of Americans who rely on district courts to resolve lawsuits and protect their rights. District courts are the workhorses of the federal judicial system, resolving legal disputes, conducting civil and criminal trials, and overseeing cases from filing to termination. These courts touch the lives of everyone from the small business owner in a contract dispute, to the family targeted by consumer fraud, to the artist protecting her copyright from infringement. When district courts are not functioning efficiently, it reverberates throughout our entire judicial system.”

“This analysis examines data on district court vacancies and judicial workloads since 1992. Its findings suggest that judicial vacancy levels are sufficiently high that it is affecting the functioning of our courts.”

“Yet, during the Obama administration, after district court vacancies spiked in 2009, they never returned to their previous level and in fact, have grown further.”

“Together, high vacancy levels and heavy caseloads are leaving sitting judges with unprecedented workloads. Counting both full-time active judges and part time senior judges, the number of pending cases per sitting judge reached an all-time high in 2009 and was higher in 2012 than at any point from 1992-2007.”

“Vacancies are hurting districts with the greatest needs. Judicial emergencies, a measure by the Administrative Office of the United States Courts of vacancies in districts with the most acute need for judges, have been higher in 2010-2012 than at any other point since 2002 (the last year for which comparable data is available).”

A month after the passing of the conservative Supreme Court Justice Antonin Scalia,  President Barack Obama nominated Chief Judge Merrick Garland to fill the vacancy on 3/16/16.

On background, it has taken the U.S. Senate an average of 67 days (based on 4 decades of records) to confirm a President’s nominee to the Supreme Court. There has been ample time for the Senate to have considered Judge Garland’s nomination and to have confirmed him by now.

The next step involves the U.S. Senate honoring their constitutional responsibility by allowing this nominee a hearing and a vote. To date, the republican majority led U.S. Senate has refused to act. The President can only hope that there will be enough Republicans listening to Americans and editorial boards to honor their oath of office and do their job.

It appears that for these legislators, it is more important to act in a politically expedient way, instead of serving their taxpayers. I am not holding my breath that any action will be taken for this supreme court nomination nor (for a federal district court judgeship  vacancy) the recently nominated Muslim-American lawyer Abid Riaz Qureshi who is a Harvard Law School graduate and who is employed at a Washington, D.C. firm, Latham & Watkins LLP. He specializes in health care fraud and securities violation cases. If appointed, he would be the first Muslim-American to serve as a federal district court judge.

According to a 5/5/16 Washington Post article by Mike Debonis, “Mitch McConnell’s Senate is confirming very few presidential nominees.” Here are some excerpts:

“Since taking the reins of the Senate last year, Majority Leader Mitch McConnell has striven to portray the upper house as “working again” under his Republican majority after years of partisan gridlock — passing major legislation on transportation, Medicare, drug abuse and more.”

“But by one measure highlighted by Democrats, the Senate has done remarkably little: An analysis by the nonpartisan Congressional Research Service found that, under McConnell (R-Ky.), the current Senate has confirmed the fewest civilian presidential nominees of any Congress in the past 30 years.”

“The analysis was commissioned by Senate Democratic leaders. Senate Minority Leader Harry M. Reid (D-Nev.) blamed repeated Republican filibusters for shutting down the Senate earlier in Obama’s term and says, the Senate is working again because Democrats are willing to work in the minority to pass bipartisan bills.”

(Senator Reid states) “Since taking the Senate majority, Republicans have doubled down on their commitment to gridlock, confirming the fewest nominations in decades. This is yet another example of Senate Republicans refusing to do their jobs.”

“Democrats are making a new push for the confirmation of President Obama’s nominee to fill the Supreme Court vacancy caused by Justice Antonin Scalia’s death in February. Republicans have vowed to block Merrick Garland’s confirmation until the next president is elected.”

“The current Senate’s record is particularly dim on judicial confirmations. Obama has seen 17 lifetime judges confirmed in the past 16 months, compared to 45 for Bush in the same time frame, 40 for Clinton, and a whopping 82 for George H.W. Bush (including Supreme Court justice, Clarence Thomas).”