aside Donald Trump’s October Surprise of 2016, The WikiLeaks Bomb, Fizzled

It looks like Donald Trump’s friend and campaign advisor, Roger Stone had advanced notice of Julian Assange’s plan via WikiLeaks to start dumping the Russian hacked emails of John Podesta, chairman of the 2016 Hillary Clinton presidential campaign. This was supposed to be the 2016 October Surprise that would end Hillary Clinton’s hopes in becoming America’s First Lady President.

Roger Stone is admitting this fact but he is denying a direct relationship with Mr. Assange. His most current explanation is that he has been in contact with a friend who has personal ties to Mr. Assange. He is stating for the record that he will cooperate fully with the FBI’s investigation into the hacking by Russia of Mr. Podesta’s emails. 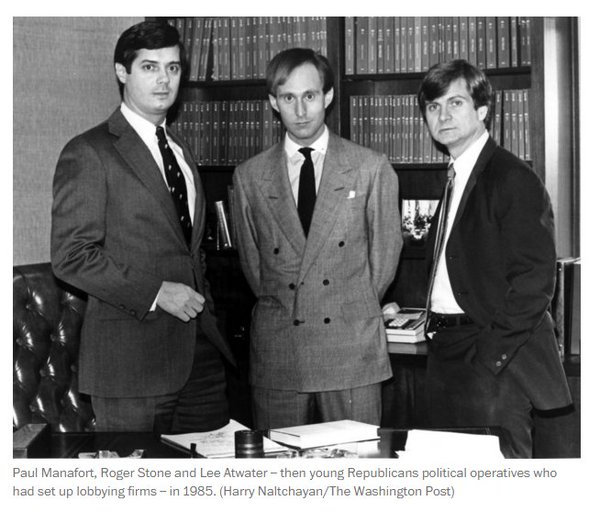 I am speculating that Roger Stone may be referring to his long time buddy and former business partner, Paul Manafort who was Donald Trump’s campaign manger before he resigned. Mr. Manafort does have connections with notorious Russian oligarchs, assorted dictators, and the former Ukrainian President backed by Vladimir Putin.

“In the interview with CBS4 News, Stone denied he has ever had direct contact with Assange.” (But he said) “I do have a back-channel communication with Assange, because we have a good mutual friend,” Stone told CBS4 News Wednesday evening. “That friend travels back and forth from the United States to London and we talk. I had dinner with him last Monday.” 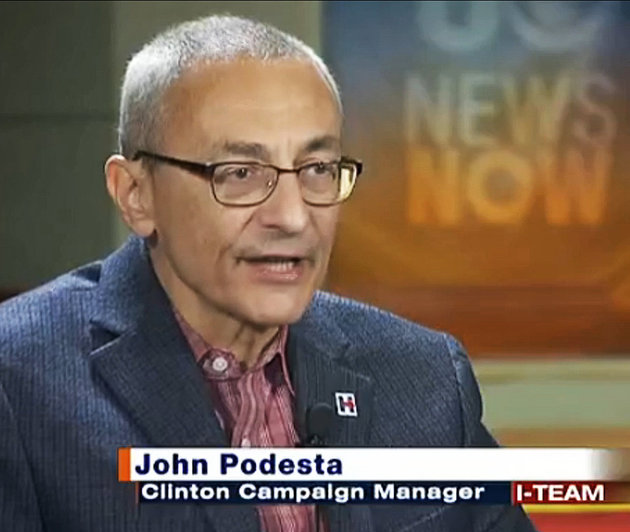 “Podesta pointed to a Tweet Stone posted on August 21, which stated: “Trust me, it will soon [be] Podesta’s time in the barrel.”

“Stone pointed his finger at me, and said that I could expect some treatment that would expose me and ultimately sent out a tweet that said.” 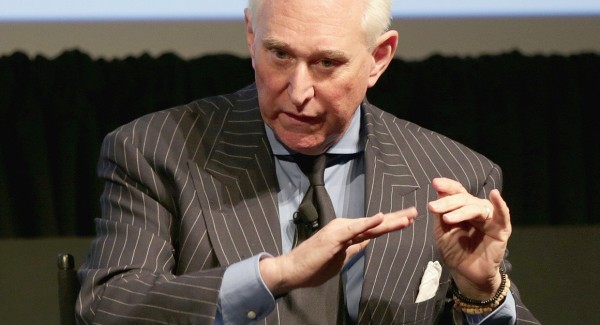 “Stone, who regularly talks to Trump, told CBS4 News the Tweet was in reference to a separate story he was working on regarding Podesta that would accuse Podesta of possible criminal wrongdoing. He said the Tweet did not refer to the pending WikiLeaks material.”

“U.S officials have also identified the Russians as being behind the hacks.”

“Stone said he doubted the Russians were involved.”

“I bet there is no evidence of a Russian conspiracy to fix the election,” he said.

“”Speaking of Assange, Stone said: “He’s not a Russian agent.”

“It is disturbing that Roger Stone, a longtime Donald Trump confidante, has confirmed the fact that he has “back-channel communications” with Wikileaks, an organization that is working with the Russian government to affect the American presidential election.” 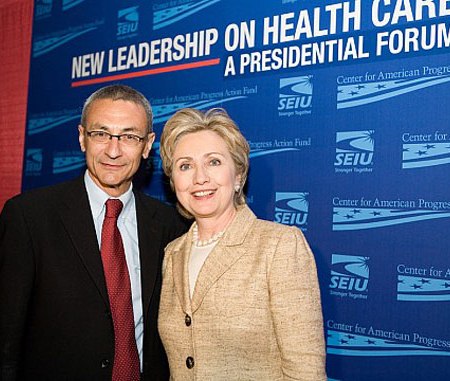 On 10/24/14 the “RealClear Politics” article, “Why the WikiLeaks Attack Fizzled,” the author Bill Scher reports the following: “Wednesday@Hillary Clinton is done. – #Wikileaks. “tweeted Roger Stone, the longtime Donald Trump adviser and Republican operative, on Oct. 2. He was incorrect on two counts. The splashy release of Clinton campaign Chairman John Podesta’s emails from WikiLeaks came on the following Friday. And Hillary Clinton is not done.”

“A little more than two weeks have passed since the stolen messages were turned into a searchable online database. Since then, Clinton’s lead in the Real Clear Politics poll average has widened slightly.”

“Why is that? The emails show the Clinton campaign team to be obsessively calculating political operatives. Some are privately rude to the populists on their left flank, whom they need on Election Day. The revealed transcripts of Clinton’s private speeches suggest she may hold some disingenuous positions in public. That’s pretty bad, right?”

“Certainly, Julian Assange thought so. He leaked the trove minutes after Donald Trump’s behind-the-scenes “Access Hollywood” recording surfaced, which Podesta believes was an attempt to turn media attention away from Trump’s boasts about groping women. But Podesta observed, “he didn’t succeed in doing that.”

“In the alternative universe where Clinton runs against a generic Republican politician, the media might have turned the emails into a sensationalized feeding frenzy. A taste of what might have been can be found in this report from the Hill about a May 21, 2015 exchange: “Top Clinton aide in leaked email: ‘Can we survive not answering questions’ from press?” As you learn from a close reading of the story, the headline is misleading.”

“The aide proposed to Podesta “not answering questions from press at message events” – events designed to drive a campaign theme. The proposal wasn’t a total media blackout. Moreover, Podesta’s response was negative: “If she thinks we can get to Labor Day without taking press questions, I think that’s suicidal.“ In fact, Clinton participated in a few press conferences that summer.”

“But we don’t live in the alternative universe. We live in the universe where WikiLeaks tried to take down a candidate with embarrassing private emails and failed.” 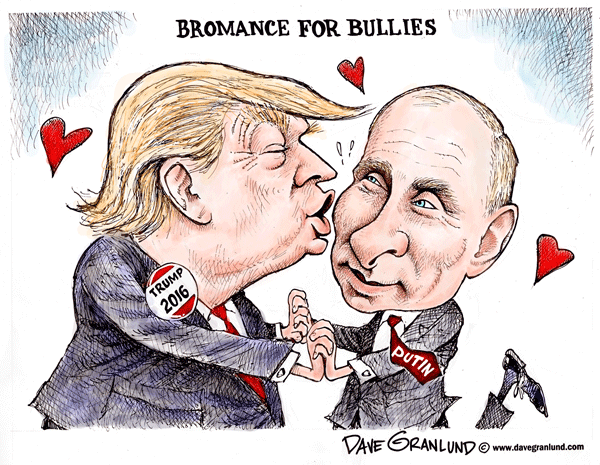 “Clinton didn’t suffer much from contextually challenged coverage like that in The Hill because Trump hogged most of the negative coverage for himself. A firm believer in the “no such thing as bad publicity” school, Trump chose to rail against those accusing him of sexual assault, thereby ensuring tons of stories about Trump.”

“So Clinton dodged a bullet. And, to paraphrase “The Wire,” if you come at the queen, you best not miss.”

“In failing to turn unvarnished internal political machinations into a paralyzing scandal, WikiLeaks may have inadvertently raised the bar on what constitutes a successful act of political cyberwar.”

“The truth is, if we saw the raw email from the Ted Cruz, Marco Rubio, Jeb Bush or Bernie Sanders campaigns we would surely see similar political calculations over tricky issues, deliberations how to quash negative media narratives and intemperate comments made about adversaries or even allies. (Whereas the Trump campaign emails are probably in their own category of insanity.) What we see in the Podesta emails is the grist of political life. It’s doesn’t make our politicians fundamentally dishonest or our democracy a sham.”

“After seeing how the Clinton sausage got ground, perhaps the voting public will now be more likely to view the contents of stolen emails through the prism of political reality. Without a truly scandalous bombshell, each subsequent cyber attack on Clinton’s team, or that of another politician, may be greeted with bigger and bigger shrugs.” 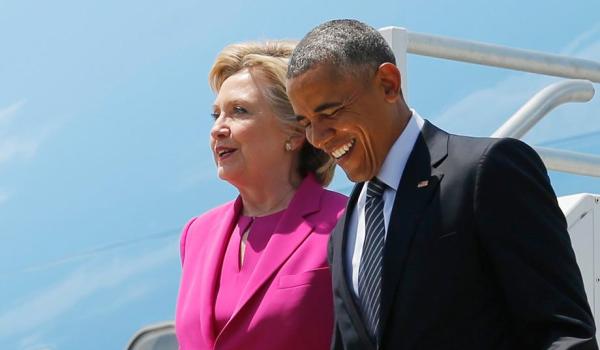 “The Russian government, which American intelligence believes stole the emails and fed them to WikiLeaks, doesn’t necessarily expect to elect Trump, but wants to, as the Economist put it, “discredit and erode universal liberal values by nurturing the idea that the West is just as corrupt as Russia.”

“But that is only true if Americans are gullible enough to be led down the path Russia want us to take. The blasé reaction from American voters to the contents of Podesta’s emails is a heartening sign that we will not.”