aside Media Elites, You Are Wrong Again About The Need For Vote Recounts/ Audits

I have absolutely no empathy for the President-elect Donald Trump as he whines away about our election systems being rigged without an iota of proof whenever he thinks he’s losing,  but then he hypocritically attacks those who want a vote recount/ audit designed to reassure the voters that our votes are secure.

Although, the democratic presidential nominee Hillary Clinton lost the electoral college votes in the three states of Wisconsin, Pennsylvania and Michigan by a margin of about 107,000 votes, “we the people” suffer no illusions regarding the likelihood that any uncovered wrongdoings, could  swing the election results in her favor.

Frankly, if it were not for the republican-elect’s constant bellyaching about his concerns on the campaign trail, that if he lost the 2016 presidential election, it would be due to the democratic party having rigged the people’s votes in its favor, then I would not be so supportive of a vote recount / audit in these three states.

However, Mr. Trump’s attempts to assign the blame for his losing due to a rigged system, has given me pause to ponder on the question, what if his psychological penchant for projecting by pointing the finger at others, means that maybe in this case, he should be wagging the finger at himself? What does he know that the rest of us don’t? And this is where I started  wanting verification and reassurance that our votes are secure and not vulnerable to being manipulated by any means.

So, Dear Media, You can thank our president-elect for instilling in his listeners, this distrust regarding the U.S. election process and by consequence, any need for verification. Now ask yourselves the obvious question, with all of the president-elect’s voiced suspicions about the inadequacies of the U.S. voting system, why isn’t he leading the charge towards a voter audit in any state?

What I found out based on my own research, is that Donald Trump’s worries about the voting system has merit. No, I did not listen to institutions like the U.S. congress and the media which are telling the American peoples, otherwise.

The public is more than capable of dealing with facts, like our current voting system has flaws which is in need of fixing.

In short, “We the people” as stated in our U.S. constitution want the facts with complete transparency, as to how susceptible our vote is to being altered and what is being done to protect our rights to having an easy and secure access to the ballot box with the reassurance that any ballots cast will go to the voters’ intended candidates.

The media pundits’ reporting has been wrong on this one just like, they’ve been wrong with almost everything else associated with the 2016 presidential election. Many of us would simply like to take advantage of this opportunity when the Green Party presidential candidate Jill Stein is asserting her right as a presidential candidate to procedurally request a vote recount/ audit in the states of Wisconsin, Pennsylvania and Michigan, in order to uncover any and all vulnerabilities to our voting procedures. For example, voting machines can be forensically evaluated for possible manual tampering. Computer experts can check for hacking attempts on computerized voting machines.

There are two experts with credible and impressive backgrounds on the study of  our nation’s voting systems.

A University of Michigan professor and director of its computer science and engineering department, J. Alex Halderman, has conducted research on voting machine security, and he states that 25% of voting machines do not have a paper trail to conduct an audit. He states unequivocally that the computer related voting machines are subject to outside manipulation without being easily detected. While he and his group of computer science students are not stating that there was external rigging of the 2016 presidential elections, they are saying that they have reported on anomalies and that the possibility is real. Professor Halderman, and his group will probably be party to voter recounts/ audits. 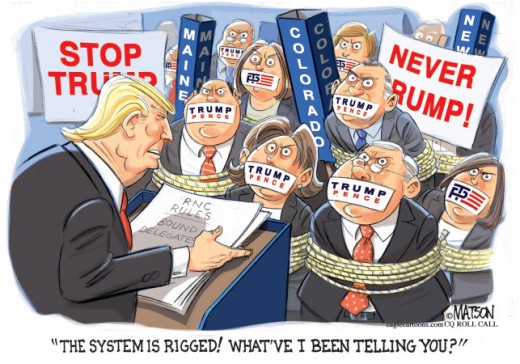 Dear Reader, See if you can download a 40 minute C-Span interview with Professor Halderman conducted on 10/4/16 about Cyber- security and Voting Machine Security.

Professor Halderman talked by video from Ann Arbor, Michigan, about his concerns regarding the vulnerability of the nation’s voting systems. He was reacting to a September 19, 2016, video clip of Election Assistance Commission Chair Thomas Hicks. 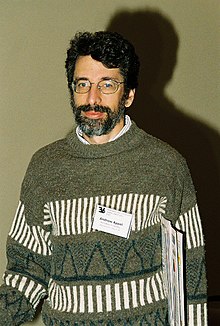 Another premier expert regarding our nation’s voting system is Andrew Wilson Appel, the Eugene Higgins Professor of computer science at Princeton University, New Jersey. He has testified before a U.S. congressional hearing in September 2016 about his concerns regarding our elections. I have footnoted the link below to his report as presented at the hearing.

Here is some of his testimony:

” My research and expertise is in software verification, applied computer security, and technology policy.”

” As I will explain, I strongly recommend that, at a minimum, the Congress seek to ensure the elimination of “touchscreen” voting machines, immediately after this November’s election; and that it require that all elections be subject to sensible auditing after every election to ensure that systems are functioning properly and to prove to the American people that their votes are counted as cast.”

” Since 2003 a significant part of my research has been on the technology and security of the equipment we Americans use for elections: voting machines and election administration computers. On the topic of election machinery, I have written 5 scientific papers and 37 short articles, taught two courses at Princeton; and done expert forensic examinations and given sworn testimony in two court cases in New Jersey.”

” In 2009 I demonstrated in open court, in the Superior Court of NJ, how to hack a voting machine. There are cybersecurity issues in all parts of our election system.”