aside Is President-elect’s Russian Policy Based On U.S. National Security Or Business Interests? Part II

The republican President-elect Donald Trump was making statements favorable to Russian interests early on during his campaign rallies and of course, the question is why?

One answer could be related to what  Jeff Nesbit reported in the 8/1/16 Time Magazine article. “The Trump-Russia links beneath the surface are even more extensive,” Max Boot wrote in the Los Angeles Times. “Trump has sought and received funding from Russian investors for his business ventures, especially after most American banks stopped lending to him following his multiple bankruptcies.” “What’s more, three of Trump’s top advisors (Carter Page, Paul Manafort and General Mike Flynn) all have extensive financial and business ties to Russian financiers, wrote Boot, the former editor of the Op Ed page of the Wall Street Journal and now a senior fellow at the Council on Foreign Relations.”

“Finally, for all of his denials of Russian ties lately, Trump has boasted in the past of his many meetings with Russian oligarchs. During one trip to Moscow, Trump bragged that they all showed up to meet him to discuss projects around the globe. “Almost all of the oligarchs were in the room” just to meet with him, Trump said at the time.”

“And when Trump built a tower in Panama, his clients were wealthy Russians, the Washington Post reported. “Russians make up a pretty disproportionate cross-section of a lot of our assets. We see a lot of money pouring in from Russia,” Trump’s son, Donald Jr., said at a real estate conference in 2008, according to a trade publication, eTurboNews.” 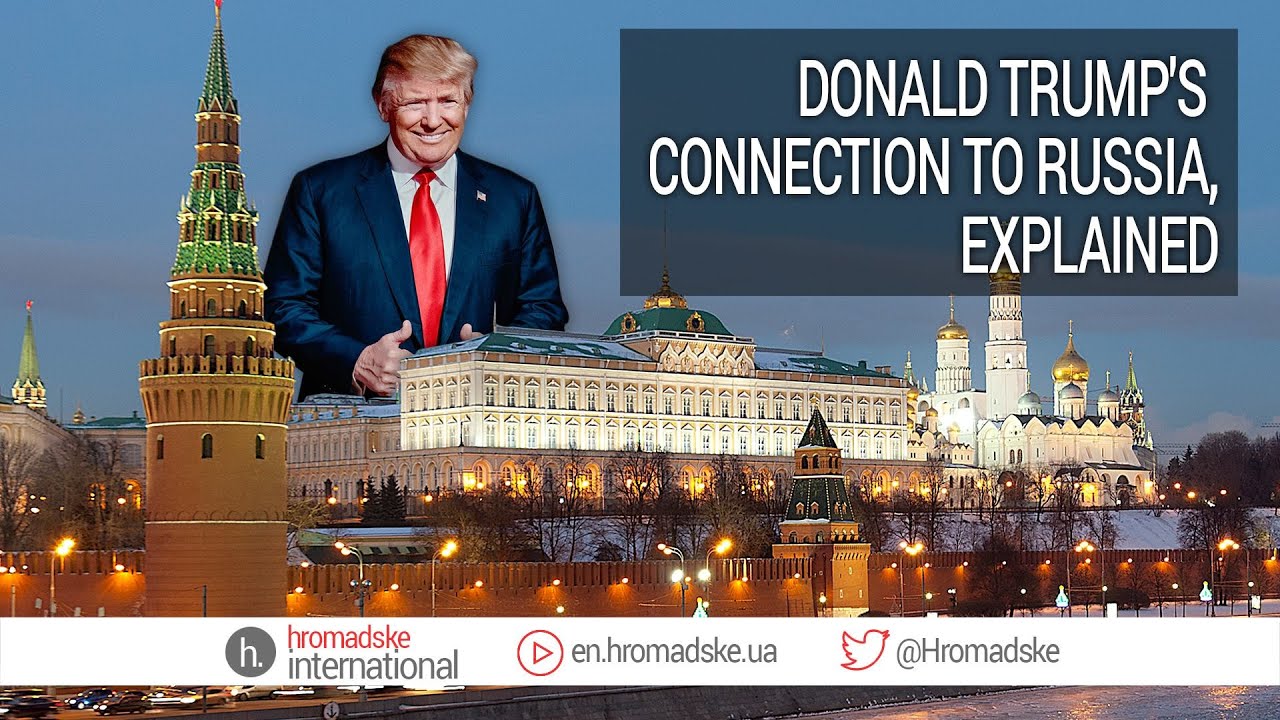 There was the signal of a policy change towards Russia, when there was the successful maneuver by the president elect’s campaign team to have wording removed from the republican platform, that would have allowed the U.S. to sell arms to Ukrainians who are opposed to becoming part of Russia.

With the president-elect’s penchant for discounting the U.S. intelligence agencies’ consensus regarding Russia’s interference with the 2016 U.S. presidential election, along with his pro-Russian rhetoric throughout the campaign, there is the concern about whether his policy towards Russia has more to do with U.S. business interests versus  U.S. national security priorities. The president-elect needs to become more informed about the real nature of Russia’s President Vladimir Putin, an ex- KGB director.

In the 12/12/16 Wall Street Journal, Bret Stephens penned a “tongue and cheek” piece about how the Russian’s methods would make Macbeth blush and Richard III smile, “How I Learned to Love Putin:”

“Vladimir Putin used to worry me. A lot. But I’m over it.”

Can Russia be trusted? In September 2013 Mr. Putin warned, in reference to Syria, that “military intervention in internal conflicts in foreign countries” would prove “ineffective and pointless.” Russia intervened in Syria two years later. In March 2014 Russian defense minister Sergei Shoigu told Defense Secretary Chuck Hagel that Russian military exercises would not lead to an invasion of eastern Ukraine. Russian forces crossed the border later that year. In 1987 Russia signed the Intermediate-Range Nuclear Forces Treaty. This October, the U.S. accused Russia of producing a cruise missile in violation of the agreement.

“Russia’s willingness to lie used to distress me. But after this election season, political outrage has become passé. Why worry about Mr. Putin when it’s so much easier to love him?”

“It once appalled me to think that he might hold his office thanks to a false-flag operation that would have made Macbeth blush and Richard III smile. But I’m OK with it now. We need Mr. Putin to defeat the terrorists in Syria.”

“Later that September, agents of Russia’s security service, the FSB, placed explosives in the basement of an apartment building in the city of Ryazan. Authorities claimed it was a training exercise, and that the explosives were merely sacks of sugar. An independent parliamentary inquiry went nowhere. Documents related to the incident are under 75-year seal. The bombings were instrumental in bringing Mr. Putin to power.”

“Among the members of the Ryazan inquiry was liberal politician Sergei Yushenkov and investigative journalists Otto Latsis and Yuri Shchekochikhin. Yushenkov was assassinated in April 2003. Latsis was killed after a jeep rammed into his Peugot in September 2005. Shchekochikhin fell violently ill in June 2003, lost all his hair, suffered multiple organ failures and died 16 days later.”

“The following year, Viktor Yushchenko, a Ukrainian opposition figure seen as hostile to Russia, fell mysteriously ill as he was campaigning for the presidency. He survived to win the office, but his face was permanently disfigured by what turned out to be dioxin poisoning. Two years later, Alexander Litvinenko, a former FSB agent and political asylee in Britain, ingested a fatal dose of polonium. An official inquiry concluded that his murder was conducted by the FSB with the likely personal approval of Mr. Putin.”
“No big deal. As President-elect Trump told Joe Scarborough last year, “our country does plenty of killing also.”

“The Litvinenko case was a matter of revenge against a man the FSB saw as a traitor. Other Kremlin operations aim more broadly to shape the politics of foreign countries.”

“In 2015, Germany’s domestic intelligence service concluded that Russia hacked the email accounts of the entire German parliament. Bulgaria’s electoral commission was subjected to a cyberattack the same year, in what the country’s president called “an attack on Bulgarian democracy.” Russia, MI5 chief Andrew Parker told the Guardian last month, “is using its whole range of state organs and powers to push its foreign policy abroad in increasingly aggressive ways—involving propaganda, espionage, subversion and cyber-attacks.”
“But why should we trust him? I prefer to believe that every Western intelligence agency has it wrong when they put the blame on Russia.”

“Not all of Russia’s gambits are motivated by dark or secret motives. Sometimes the motivation is simple greed.”

“In 2003 Mr. Putin’s government froze the assets of energy giant Yukos and sent CEO Mikhail Khodorkovsky to a Siberian labor camp for nearly a decade. The company’s assets were then taken over by state-owned oil firms run by Mr. Putin’s cronies. In 2006, the Kremlin used environmental pretexts to seize the controlling stake in Shell’s $20 billion gas project on Sakhalin Island and give it to Gazprom. In 2008, Bob Dudley, now the head of BP, was run out of Russia, reportedly fearing for his life, after his joint venture was seized by his Russian partners.”

Rex Tillerson Enters The Picture
“That same year, Rex Tillerson, ExxonMobil’s CEO, gave a speech in St. Peterburg warning that “there is no respect for the rule of law in Russia today.”
“Russia’s domestic lawlessness used to worry me. But since Mr. Tillerson was awarded the Order of Friendship by Mr. Putin in 2013, I assume nothing’s amiss.”
“Mr. Tillerson has made his reputation as a big-time deal-maker, and that’s the skill Mr. Trump is said to be looking for in a secretary of state so he can pursue the art of the deal at the highest tables. With the Kremlin, such a deal might involve dropping Western sanctions on Russia, a policy that Mr. Tillerson supports, and recognizing its territorial conquests in Ukraine in exchange for a Russian promise not to invade NATO member states.”

Background on Exxon regarding climate change and Rex Tillerson who became its CEO in 2006.

Around (4/3/1998) gathering of climate change deniers created “Global Client Science Communications” plan designed to convince the public that climate change was a hoax.)

ExxonMobil, even though aware since around 1981, that fossil fuels do affect climate change, began funding (with millions of dollars) organizations which were focused on countering the science of climate change including “Frontiers of Science and CEI.” But this ended in 2006.

On 10/27/2006, Democratic Senator Jay Rockefeller and Republican Senator Olympia Snowe sent a joint bipartisan letter to Rex Tillerson, the new CEO of ExxonMobil, about its funding of various groups, stating “We fervently hope that reports that ExxonMobil intends to end its funding of the climate change denial campaign of the Competitive Enterprise Institute.”

In his July 2012 speech to the Council on Foreign Relations, Exxon’s CEO Mr. Tillerson  downplayed the impact climate change on the world stage. He used phrases like “the fear to it is way, overblown,” “society will adapt to climate change,” and “it is an engineering problem with engineering solutions.”